Geothermal heating systems, while gaining in popularity, are still not as common in Toronto as one would assume, even though it is generally understood that heating and cooling buildings using a renewable resource from the ground has great advantages—environmental and otherwise—over a typical fossil fuel-based system. However, environmental consciousness and energy efficiency are becoming increasingly important to developers seeking to attract greener residents and benefit from economic incentives targeting sustainability. In addition, geothermal heating systems are actually cheaper to operate than fossil fuel-based systems.

“In the life cycle, if you take a 20- or 30-year look at a geothermal system, even though it is more expensive to install up front, because there are fewer moving parts, less maintenance, and energy savings, over the life cycle you have a combined reduced cost,” said Matthew Tokarik, Vice President of Subterra Renewables, which works with commercial and residential building developers to design, install, and operate geothermal heating systems.

“But because they [developers] may not be around for the long haul to take advantage of that capital investment, they have a hard time solving that extra capital cost. One of the big drivers for the (geothermal) business model is eliminating that upfront cost for developers.” 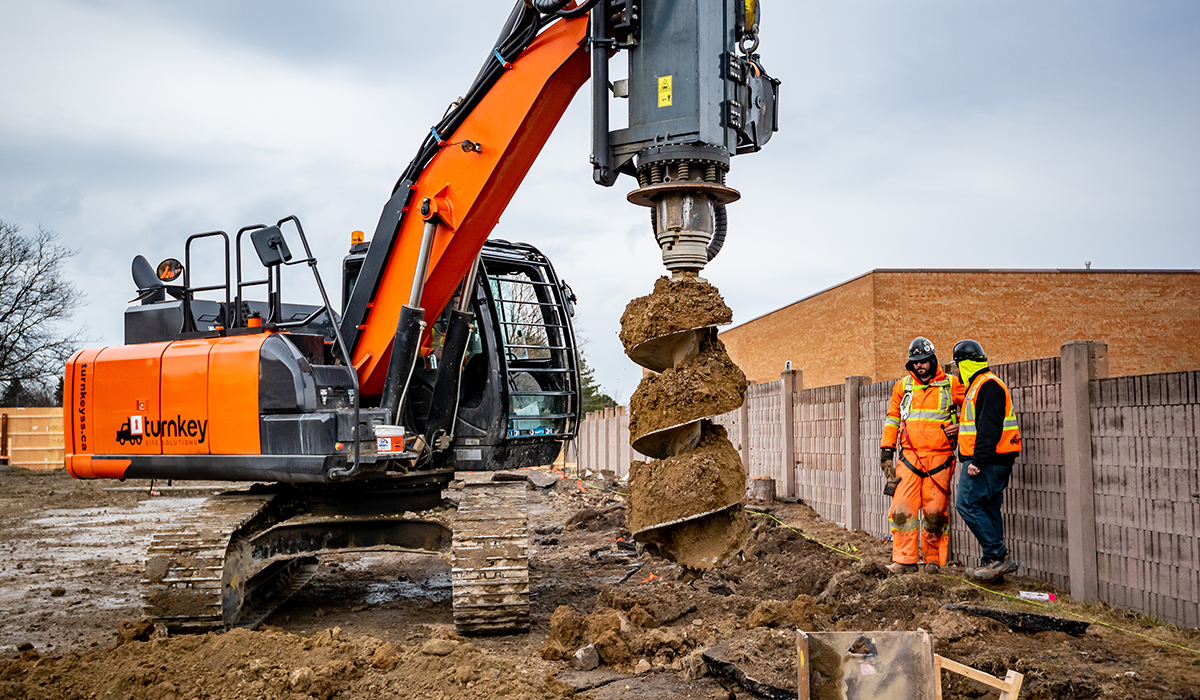 Subterra has taken a big step to address that problem with a new partnership with shoring and drilling experts Turnkey Site Solutions. Teamed together—under the name of STS Geothermal—Subterra and Turnkey hope to increase development efficiencies and decrease those nagging initial costs.

“Having these two groups being the same group offers a lot of on-site synergy,” said Tokarik. “So when we have effectively the same group to do the shoring and the geothermal drilling, we eliminate one party that would be a potential conflict of either physical space or critical path timing. So what we are able to do now is really manage the whole subgrade process.”

The recently finalized partnership brings together two busy operators in the renewal energy business. Subterra currently has 15 projects in the works in North America, including six in the GTA. Two of these in Scarborough’s Birch Cliff Village area are The Manderley Condos (with Nova Ridge), and the three-storey, 51 unit Birchcliff Urban Towns project (with Core Development Group).

The Toronto-based Turnkey Site Solutions—which worked on 184 drilling and shoring projects last year, including the recent Princess Garden Condos in Etobicoke—also brings drilling technology to the table that is exclusive to North America. Turnkey President Matthew Over said the company can drill deeper—as much as 3x deeper—and at a quicker pace than its competitors. “It’s very similar to oil rig technology. It simplifies the process and speeds up the execution. Speeds it up a lot,” said Over.

“The whole game is about production—how many feet you can drill in a day,” added Tokarik. “The rigs they (Turnkey) use are bigger, better, and badder than most of the rigs that are drilling geothermal now. It’s an advantage we’ll have on-site.”

But is that enough to convince skeptical developers of the geothermic advantage? Despite being around for decades, geothermic heating systems remain the exception, not the rule. Subterra Sales Vice President Jessica Rowe Bald admitted that geothermal has not always been an easy sell, though times are changing. The federal government’s goal of 30% reduction in carbon emissions by 2030 only furthers the incentive to ‘go green’ by whatever means available.

“It’s coming from two approaches—the fact the building code is changing, and municipalities are putting in more stringent guidelines around building green and building resilient communities. And it is coming from residents being more conscious about the environment,” said Bald. “Going out and having the conversation that Subterra can put up the capital and the developer can actually realize saving…is a really good initial conversation. Something that the developer is excited to hear about.”