Directly across Bathurst Street from where we wrote about a recent submission to the City of Toronto, another proposal was submitted to the City in early July seeking Official Plan & Zoning By-law Amendments to permit a new 17-storey condo tower. On the southwest corner with Richmond Street West this time, Originate Developments have plans for a mixed-use building designed by Kirkor Architects Planners that incorporates portions of an existing building at 164 Bathurst Street. 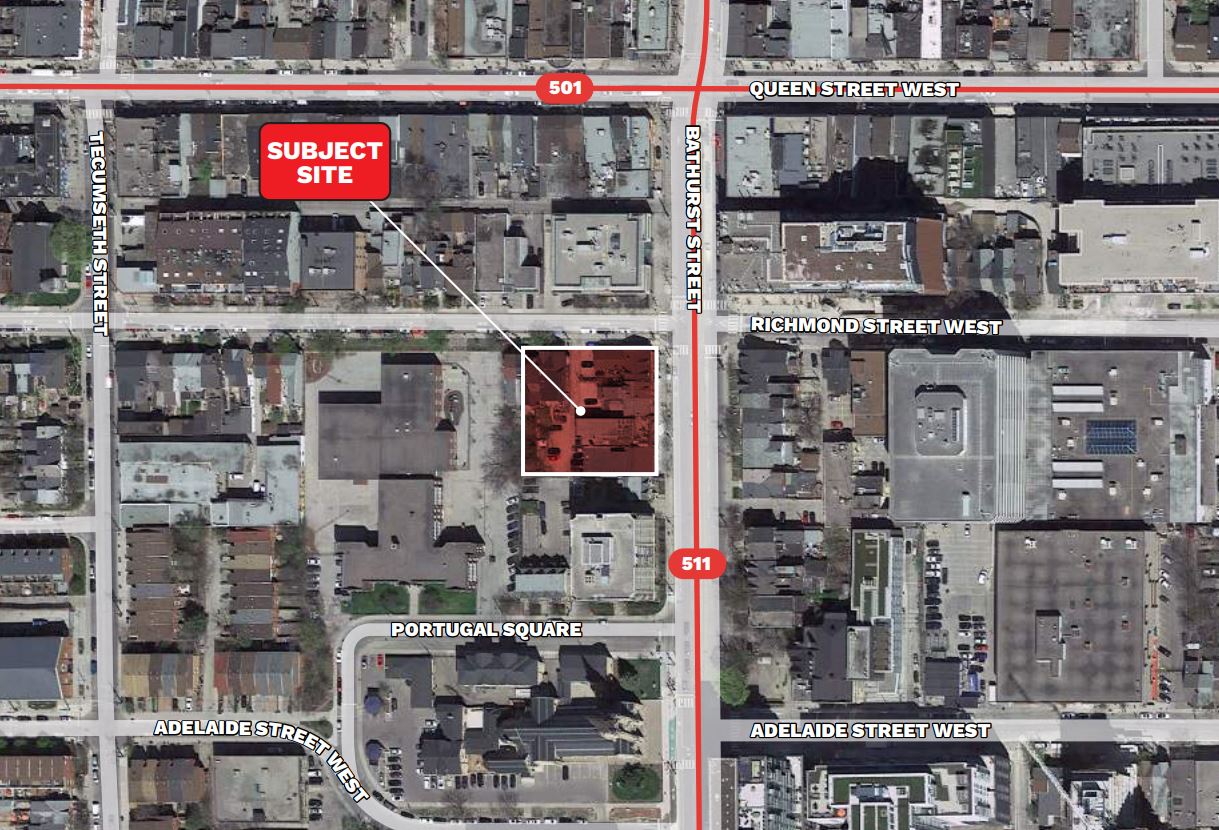 Site of 164 Bathurst Street, image via submission to City of Toronto

Assembling several parcels, the proposal covers 152 through 166 Bathurst and 621 through 627 Richmond. None of the five structures on site have been listed in the City’s Heritage Register, though 164-166 Bathurst has been identified by Toronto’s Heritage Preservation Services as having heritage character worth preserving. The buildings have remained vacant since a five-alarm fire in 2019, which caused enough damage to 160-162 Bathurst that its remnants were demolished and cleared. 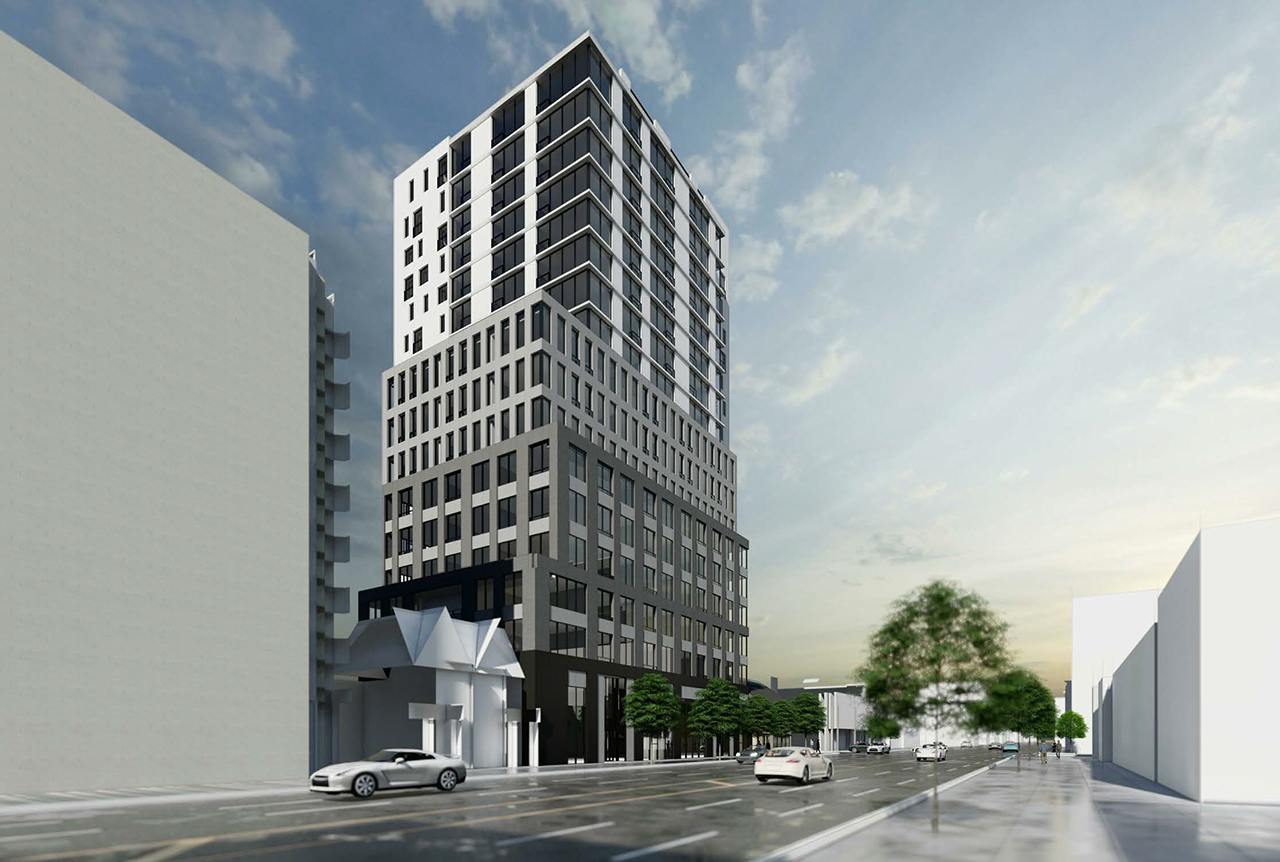 Looking north to 164 Bathurst Street, image via submission to City of Toronto 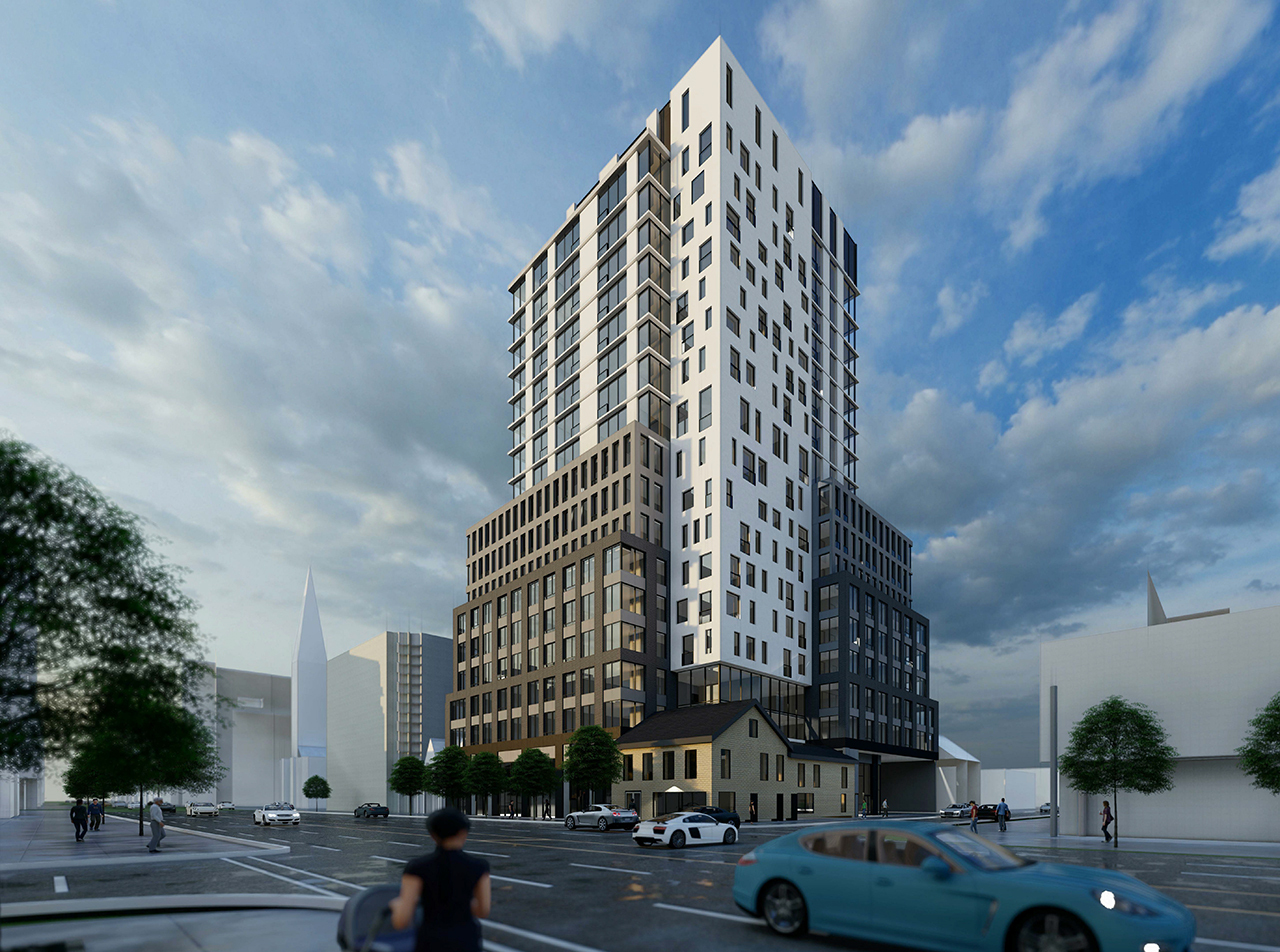 Looking southwest to 164 Bathurst Street, image via submission to City of Toronto

A variety of exterior finishes over an articulated massing would be used to break up the bulk of the tower, which closely conforms to other nearby developments in terms of height and density. Distinct exterior elements include a base, a mid-section, and a central tower with progressively lighter finishes on each segment. A central spine with a scattered window arrangement would be divided from the heritage base by a glazed reveal section. 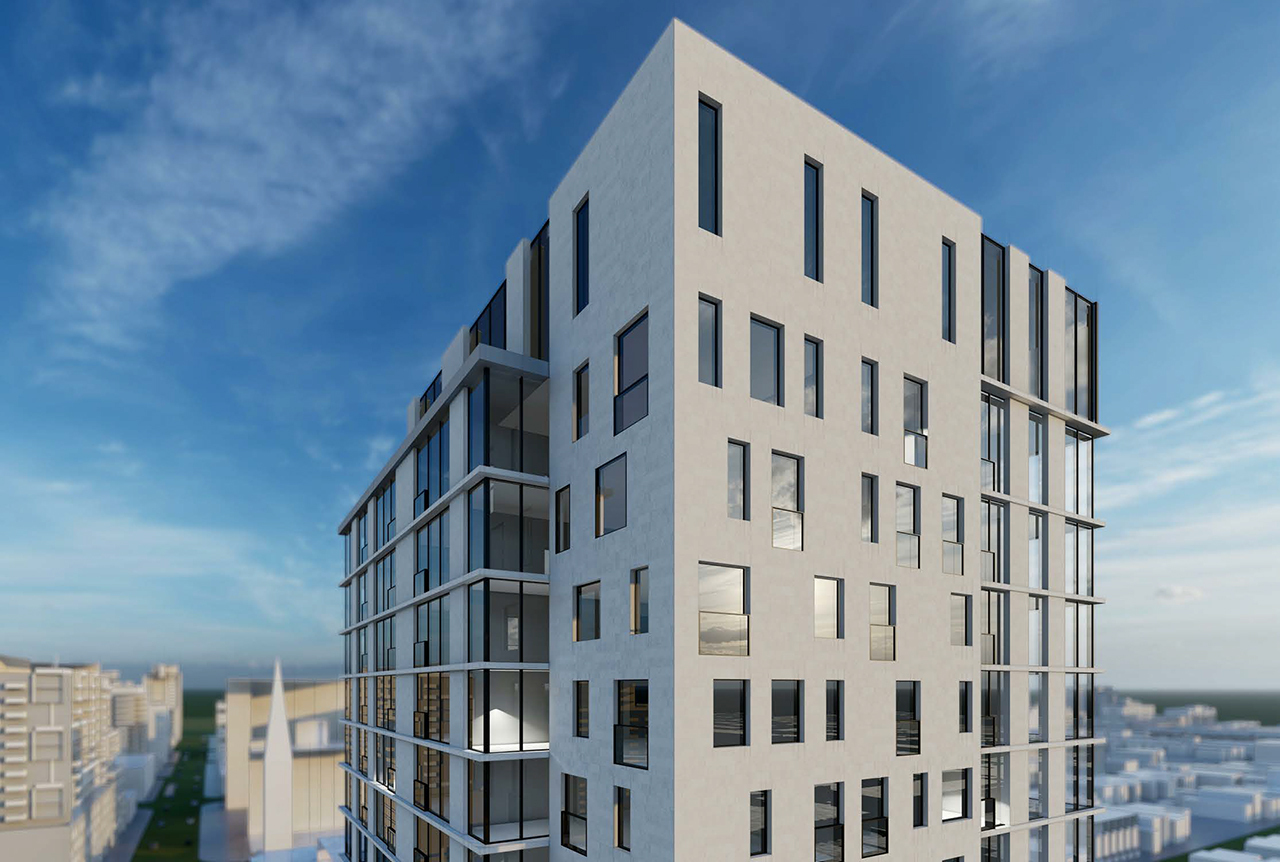 164 Bathurst Street, image via submission to City of Toronto

Parking is proposed within a two-level underground garage, with 51 resident spaces and 18 visitor spaces. No vehicle parking would be allocated to retail patrons. A total of 244 bicycle parking spaces are broken down into 214 resident spaces and 22 for their guests, plus 3 long-term and 5 short-term spaces for retail. 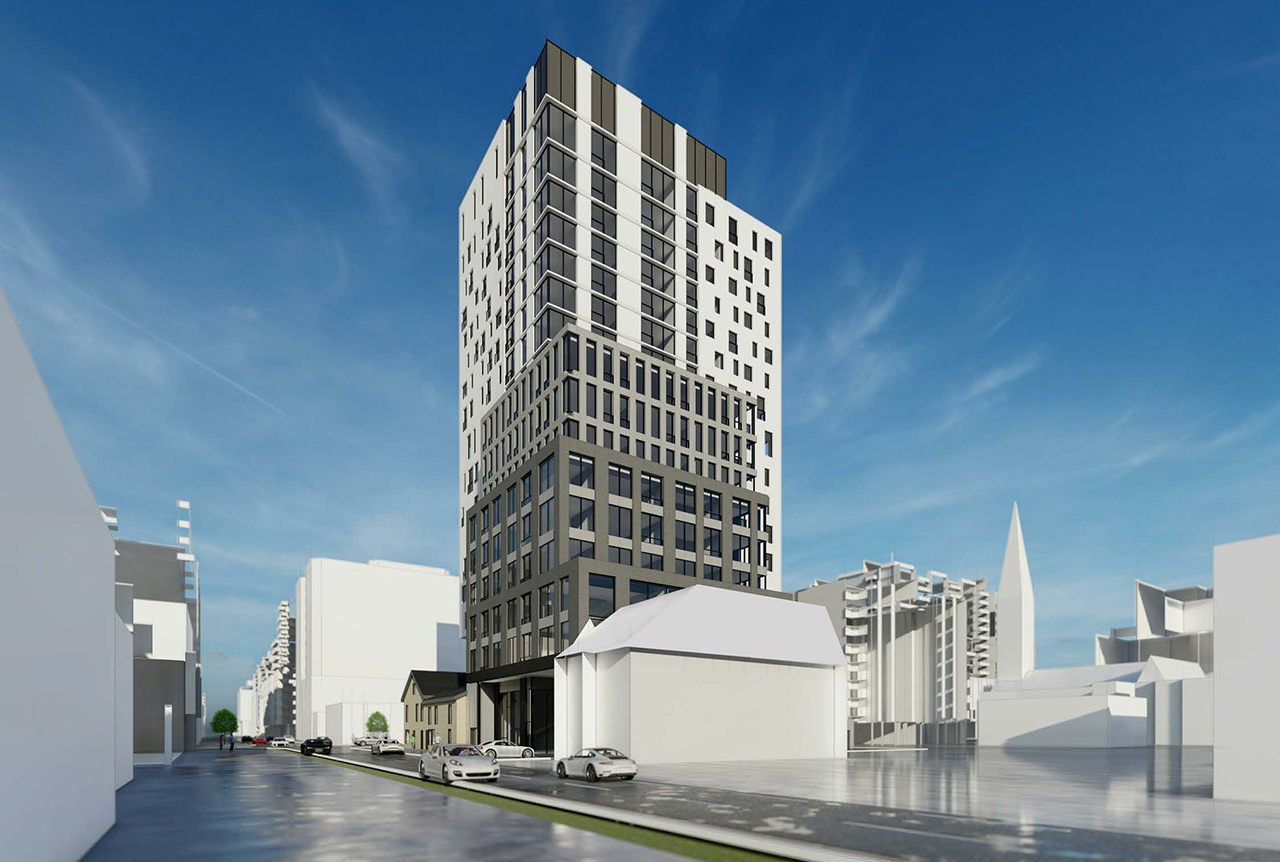 Looking east on Richmond to 164 Bathurst Street, image via submission to City of Toronto