Catalyzed by the precedent-setting, 2011-completed Festival Tower and tiff Bell Lightbox at King and John, Toronto’s surrounding Entertainment District has witnessed over a decade of sustained vertical growth. Now, another prominent addition is rising in the growing cluster of condo towers. Under construction since late 2018, Great Gulf‘s 357 King West has been climbing skyward towards an eventual 42-storey height, revealing more details of its design by BDP Quadrangle in the process. 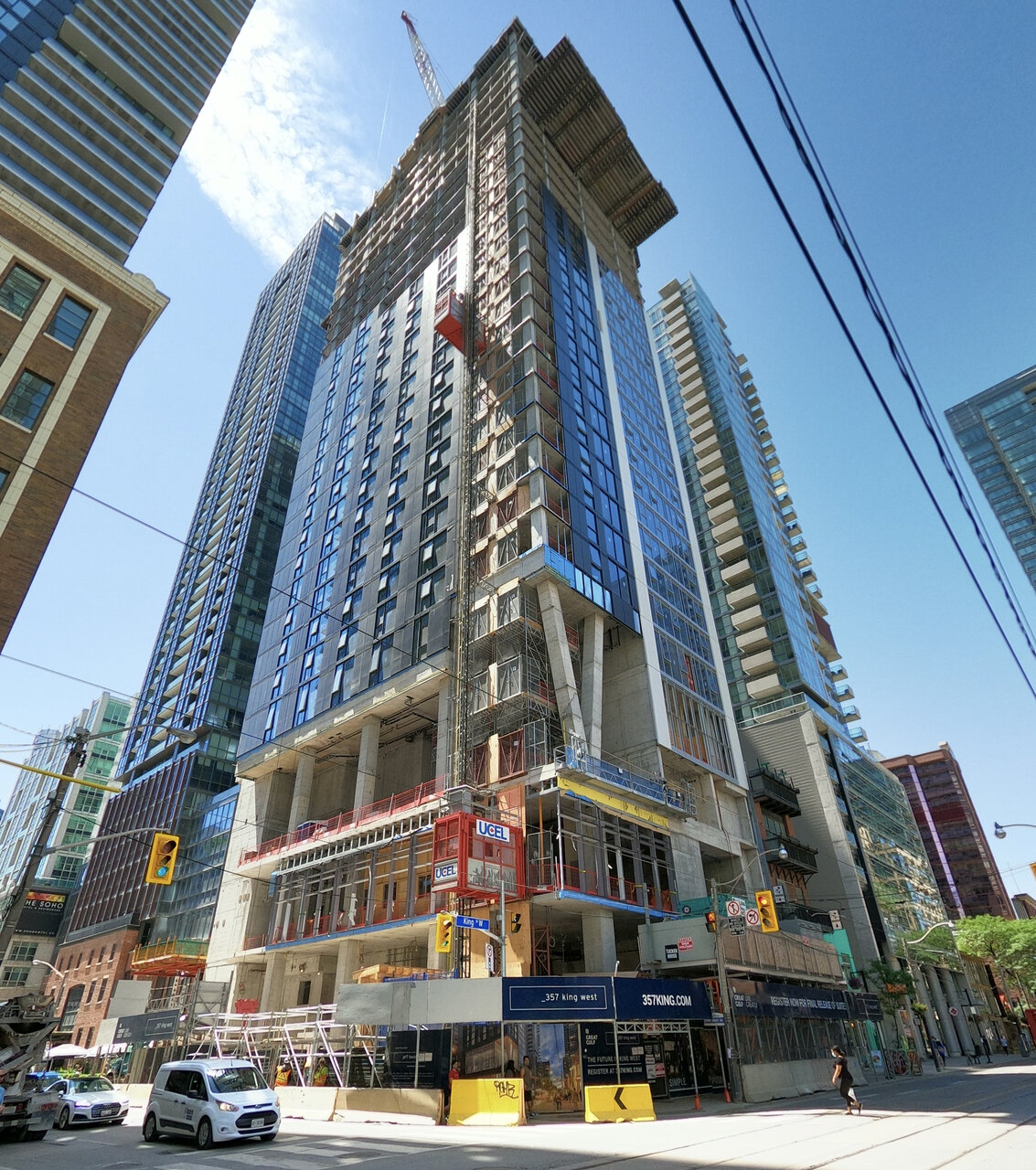 We’ve been keeping a close eye on the project’s activity since its September, 2018 ground breaking, and shoring that followed. Excavation continued into mid-2019, when approximately two years ago a crane was raised and forming began of the tower’s three underground levels, dedicated to retail, bicycle, and vehicular parking. By February, 2020 the first above-grade progress was recorded, though the weeks that followed marked the arrival of COVID-19 health and safety measures and its attendant site closures, slowing progress through stretches of 2020. Forming would advance to reach the distinctive Y-shaped column by last Summer, and when we last checked in on the project in March of this year, cladding installation had begun as the tower’s vertical ascent was ramping up. 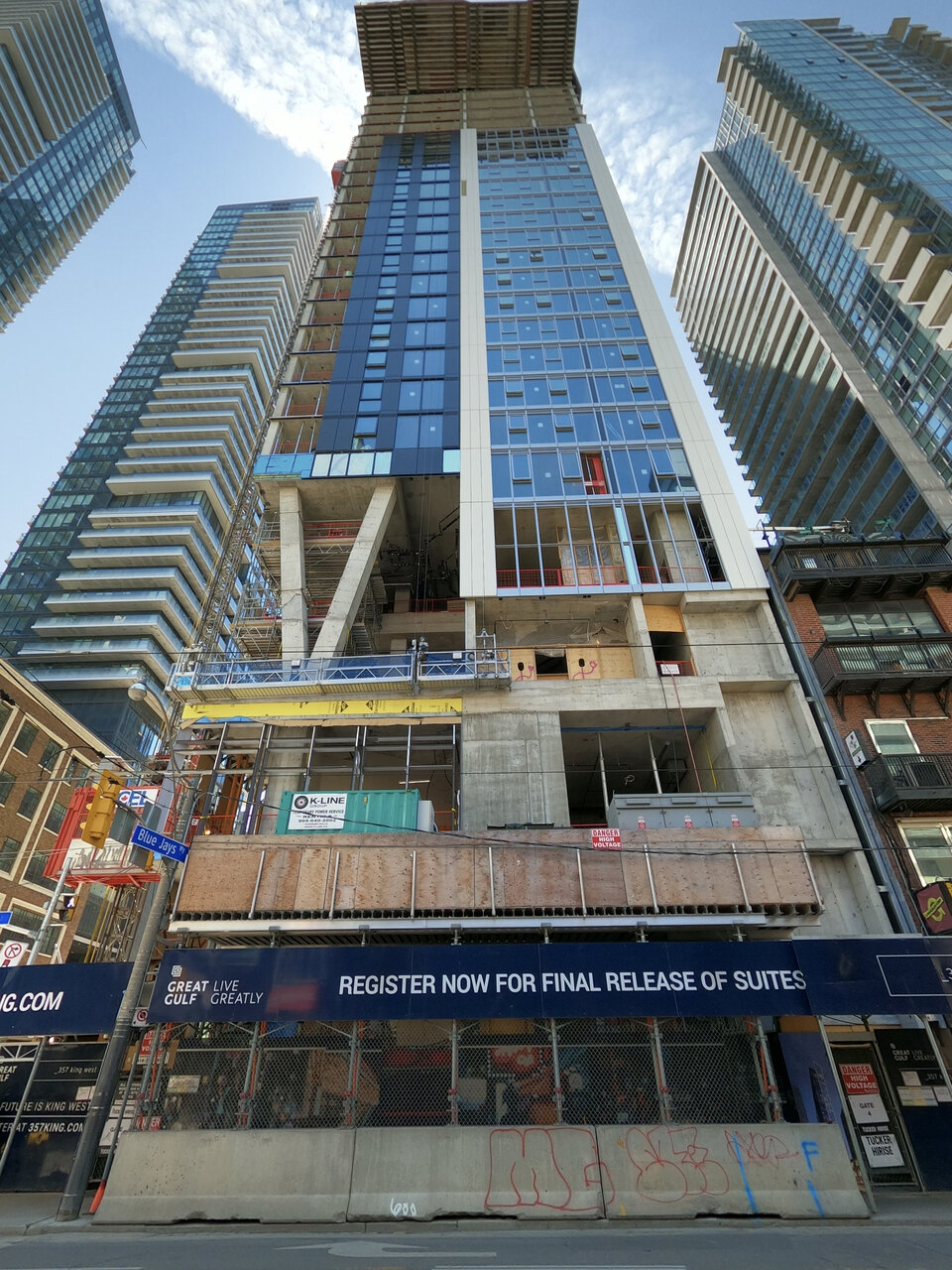 Now well into June, and 357 King West is breaking into skyline views as the tower’s rise continues with crews having developed a rhythm of forming the repeating floor-plates. At the time of our last update, the 19th floor was being formed. Now, with the tower standing approximately 30 storeys high, only 12 residential floors and a mechanical penthouse remain to follow to bring the tower to its final height of just over 148 metres. 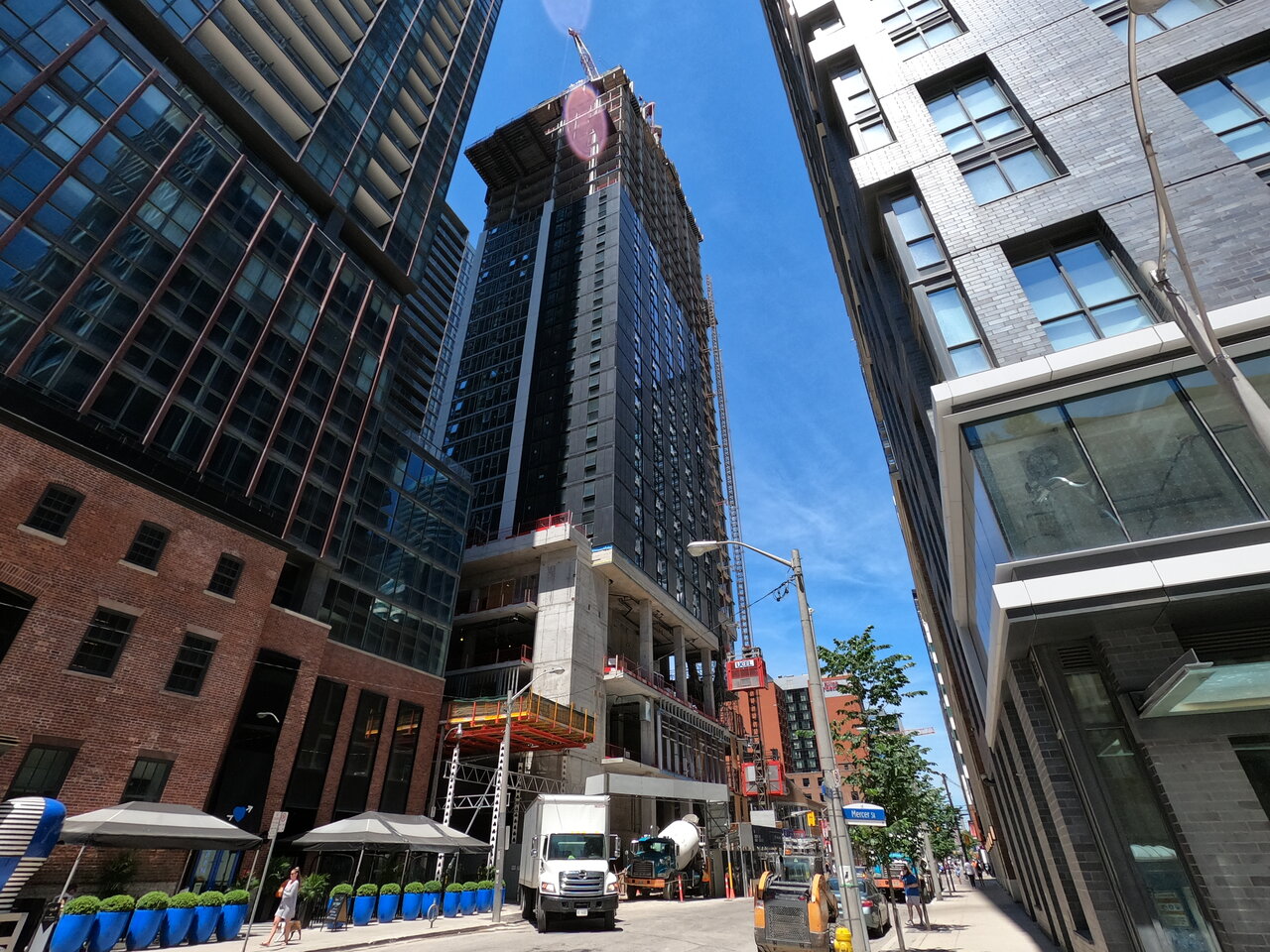 Cladding installation had just begun to hint at the tower’s exterior aesthetic in March, and installation of several more floors of cladding now offers up a clearer picture of how it will look once fully enclosed. The east elevation is being finished with a window wall glazing with dark-tinted glass and operable windows framed in black aluminum mullions, with windows divided by similarly dark aluminum spandrel panels. A mix of dark and light-toned window wall finishes help to articulate the north and south facades. These finishes now stretch as high as the 18th floor.

With a property to the immediate west that could see potential redevelopment in the future, the tower’s west elevation requires an opaque party wall to preserve privacy for residents in this and any future adjacent building. BDP Quadrangle addressed that need creatively with a patterned elevation clad in multi-toned metal panels that form a dissolving effect across the tower’s vertical run, now installed as high as the 21st floor. This is not unlike the party wall solution used for similar conditions at the recent Residences of the RCMI development on University Avenue. 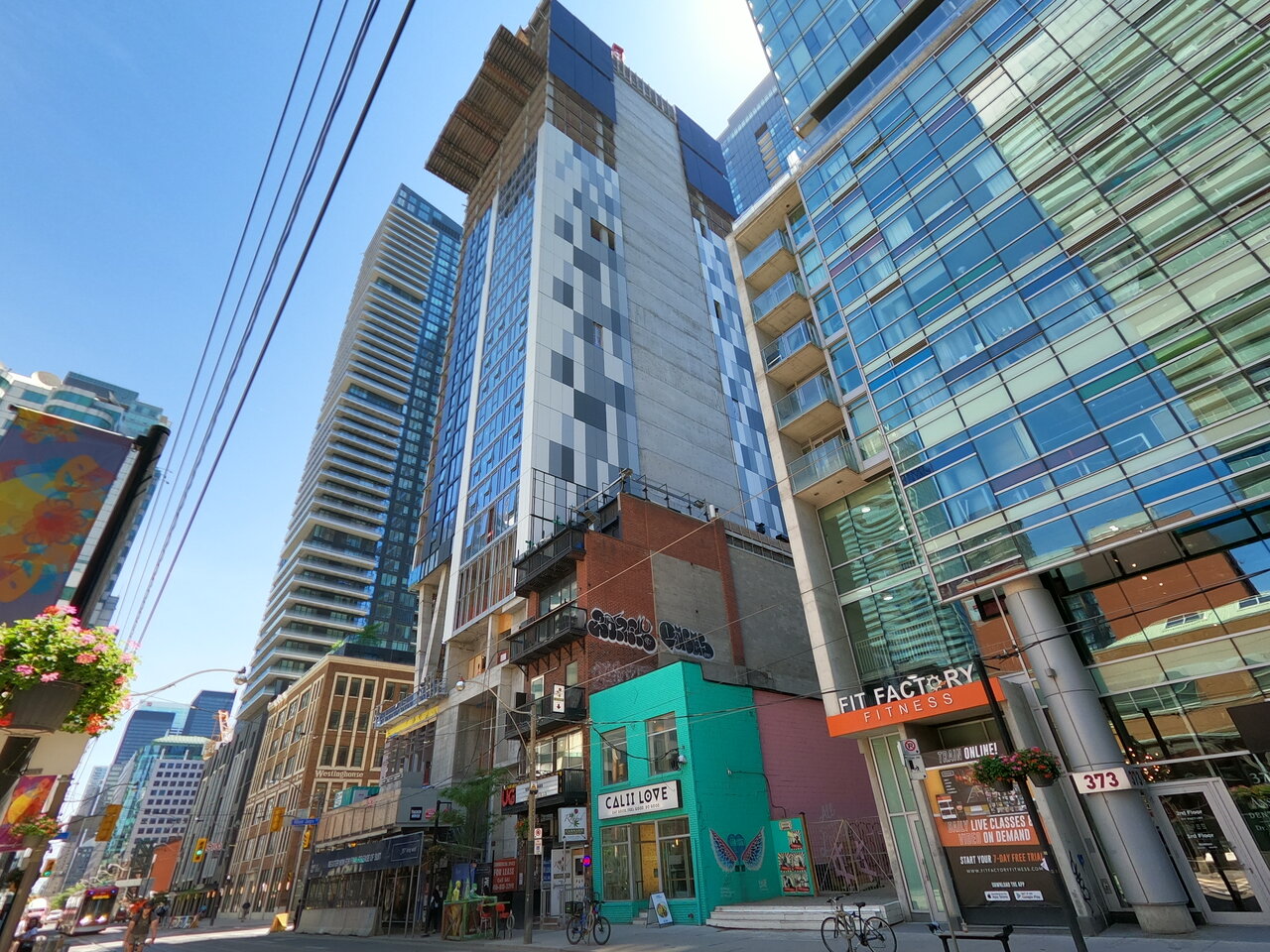 357 King West is targeting a welcome for its first wave of residents in 2022, adding 324 new condominium units to one of the fastest-growing nodes of vertical development in the country.