An application submitted to the City of Toronto in June could spell the end for a decade-long Entertainment District establishment, The Ballroom at 241 Richmond Street West. A Jack Astor’s location closed in 2019 in the building to the south at 133 John Street. The application seeks a Zoning By-law Amendment and Site Plan Control to allow the redevelopment of the site with a mixed-use building containing condos and retail for veteran developer Tridel. 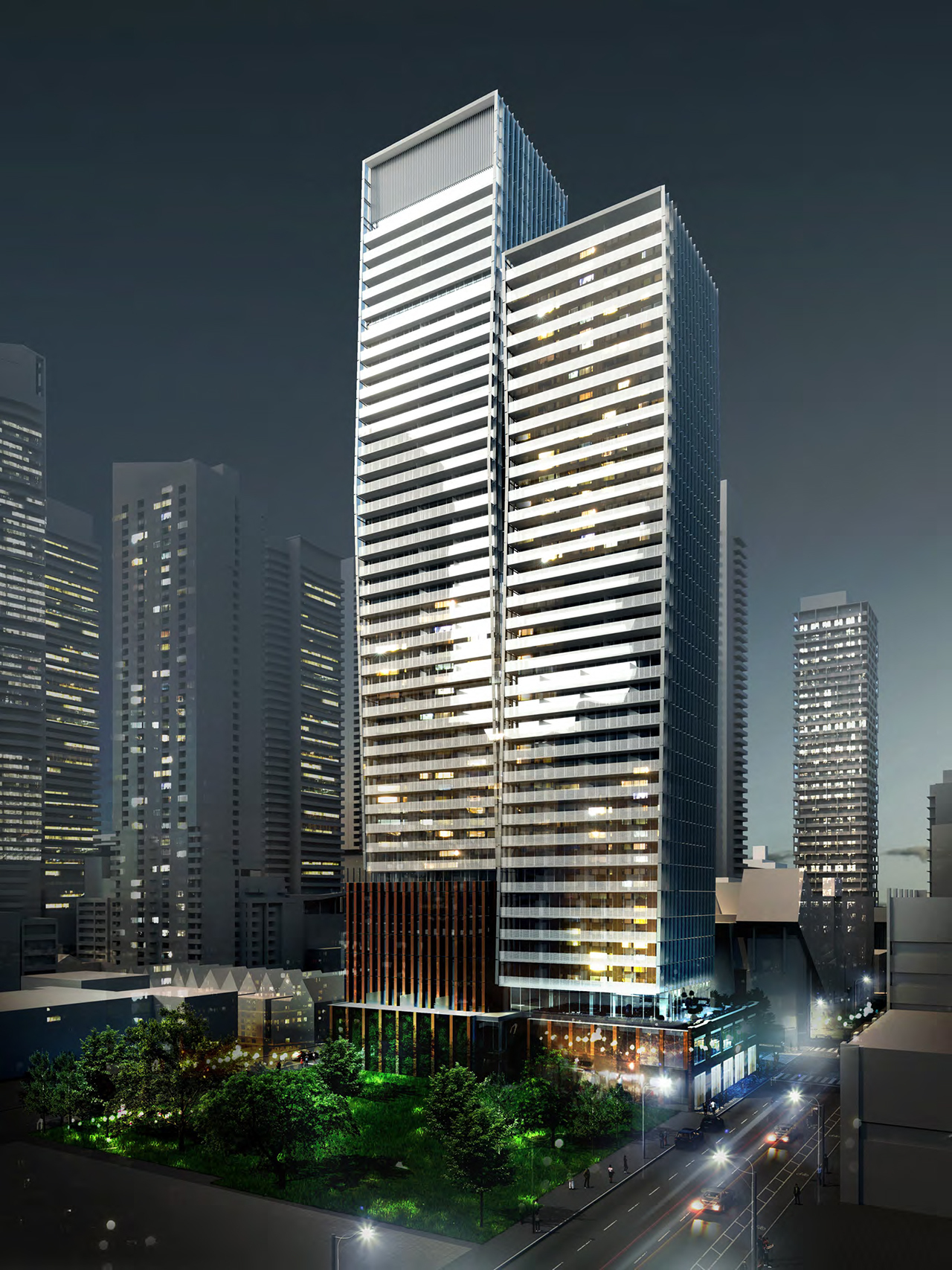 Looking west to 241 Richmond West, image via submission to City of Toronto

Designed by architects—Alliance, the plan calls for a tower articulated on the exterior to appear as two, with volumes of 37 and 41 storeys, to taller portion to top out at 137.45 metres at the southeast corner of Richmond and John streets. The building would rise from a two-tiered podium, including to the north the facades of 1935 and 1940 portions of the heritage-listed Handy and Harman Building at 241 Richmond Street West, and a modern mid-rise volume to the south. The heritage walls restoration is being overseen by specialists ERA Architects. 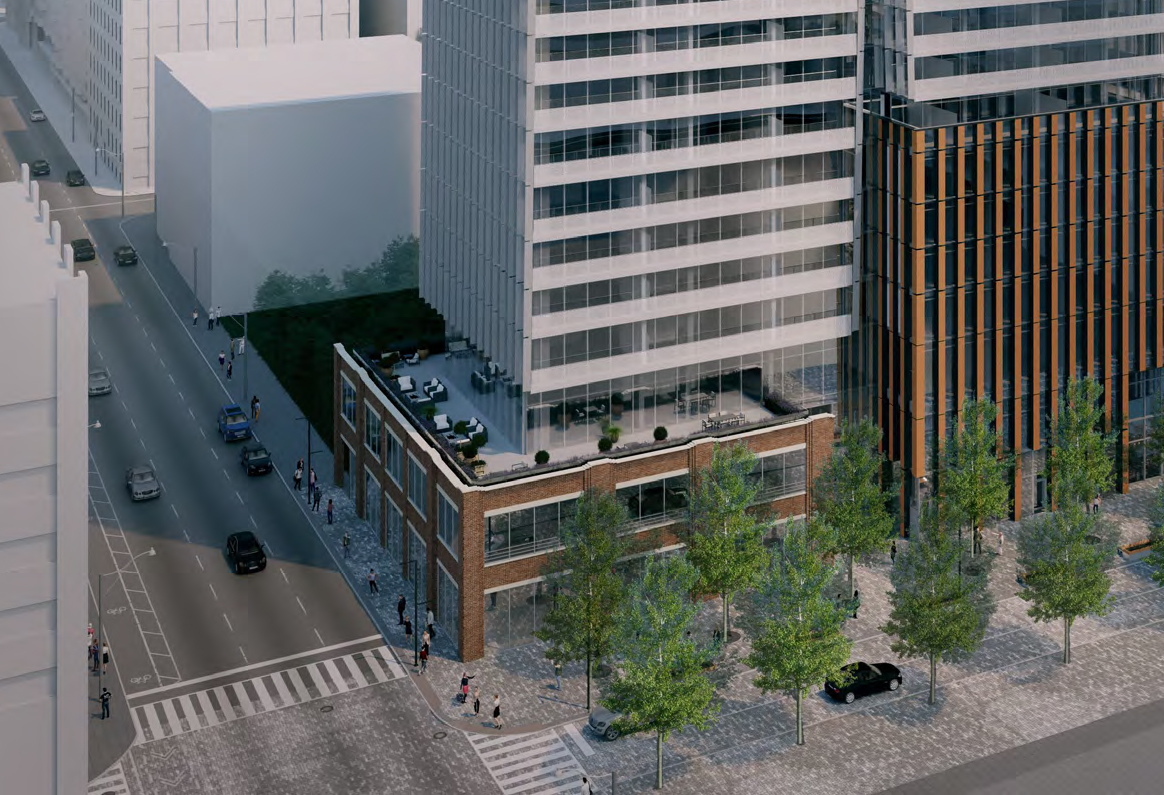 Looking southeast over base of 241 Richmond West, image via submission to City of Toronto 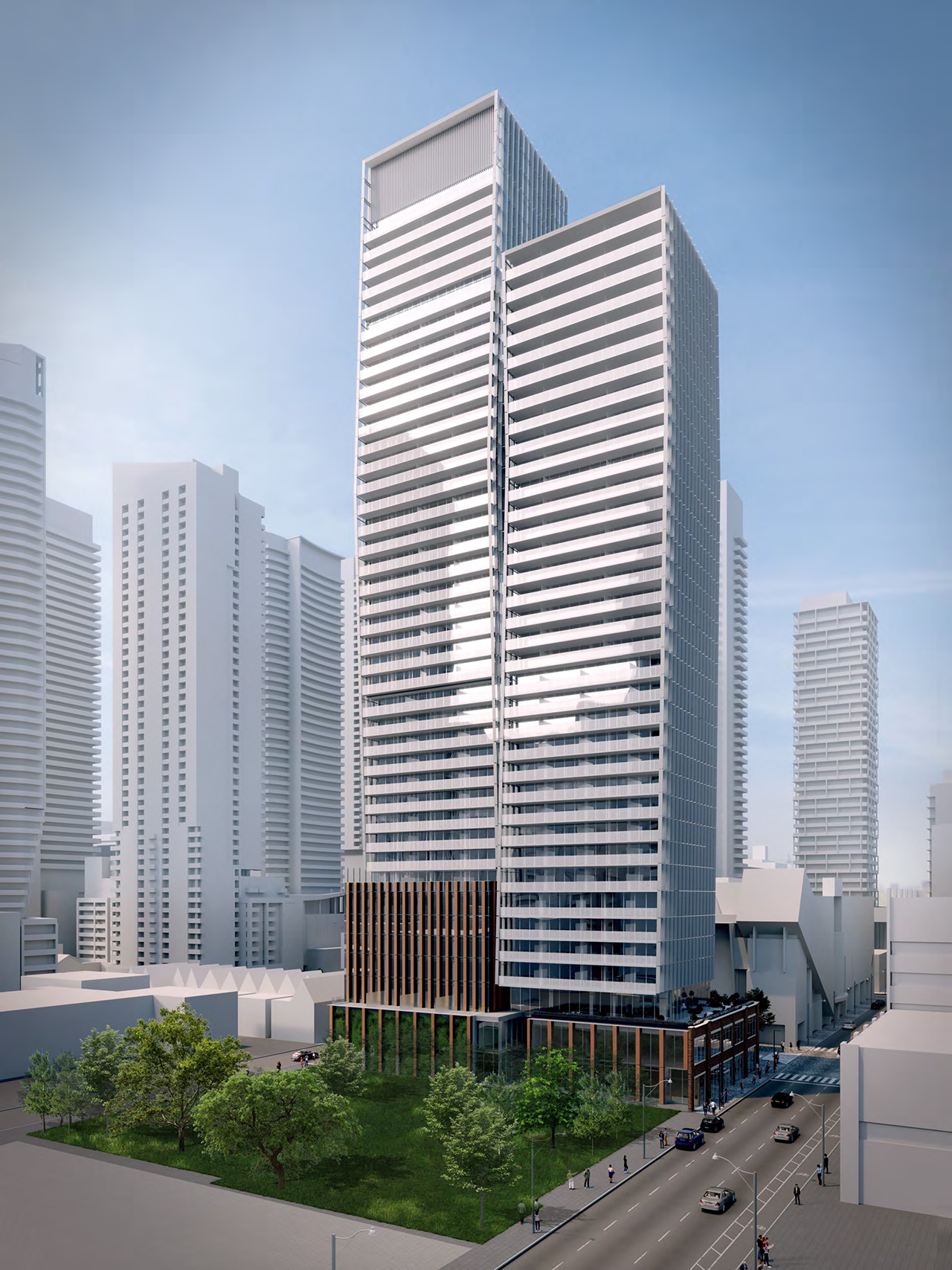 Looking west to 241 Richmond West, image via submission to City of Toronto

In response to City plans for the CreateTO properties to the east to be turned into a future park, the project has been designed with the planned public space in mind. In addition to retail along the main street frontages, the podium is to include retail space facing east onto the future park, set back by 2.1 metres. Other features designed to create a relationship with the planned park include a green wall at the southeast portion of the podium 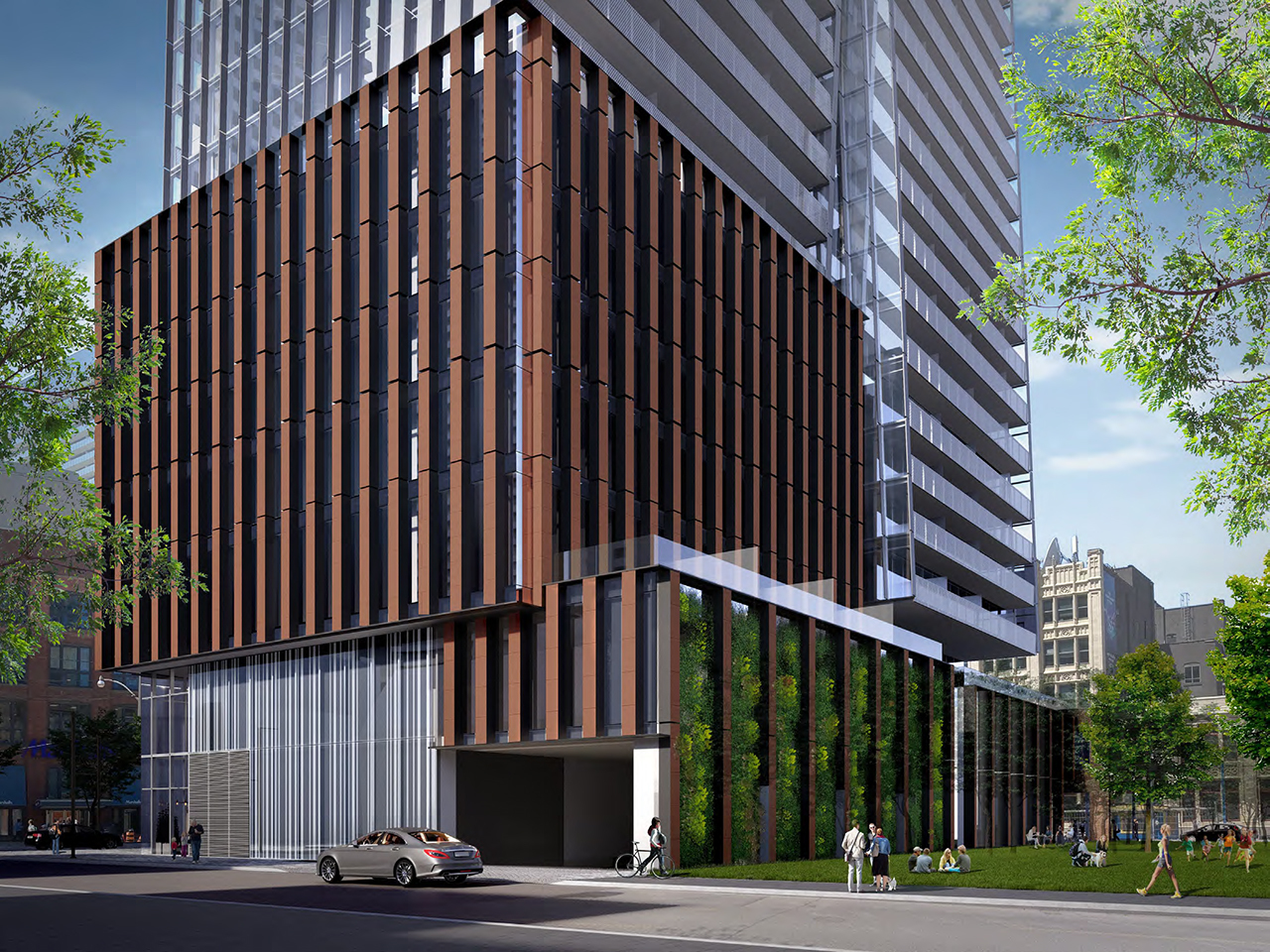 Looking northwest to 241 Richmond West, image via submission to City of Toronto

The tower above is to feature twinned undulating volumes, clad in curtainwall glazing with fins on its north and south elevations, and defined by balconies with perforated aluminum guards along east and west elevations. 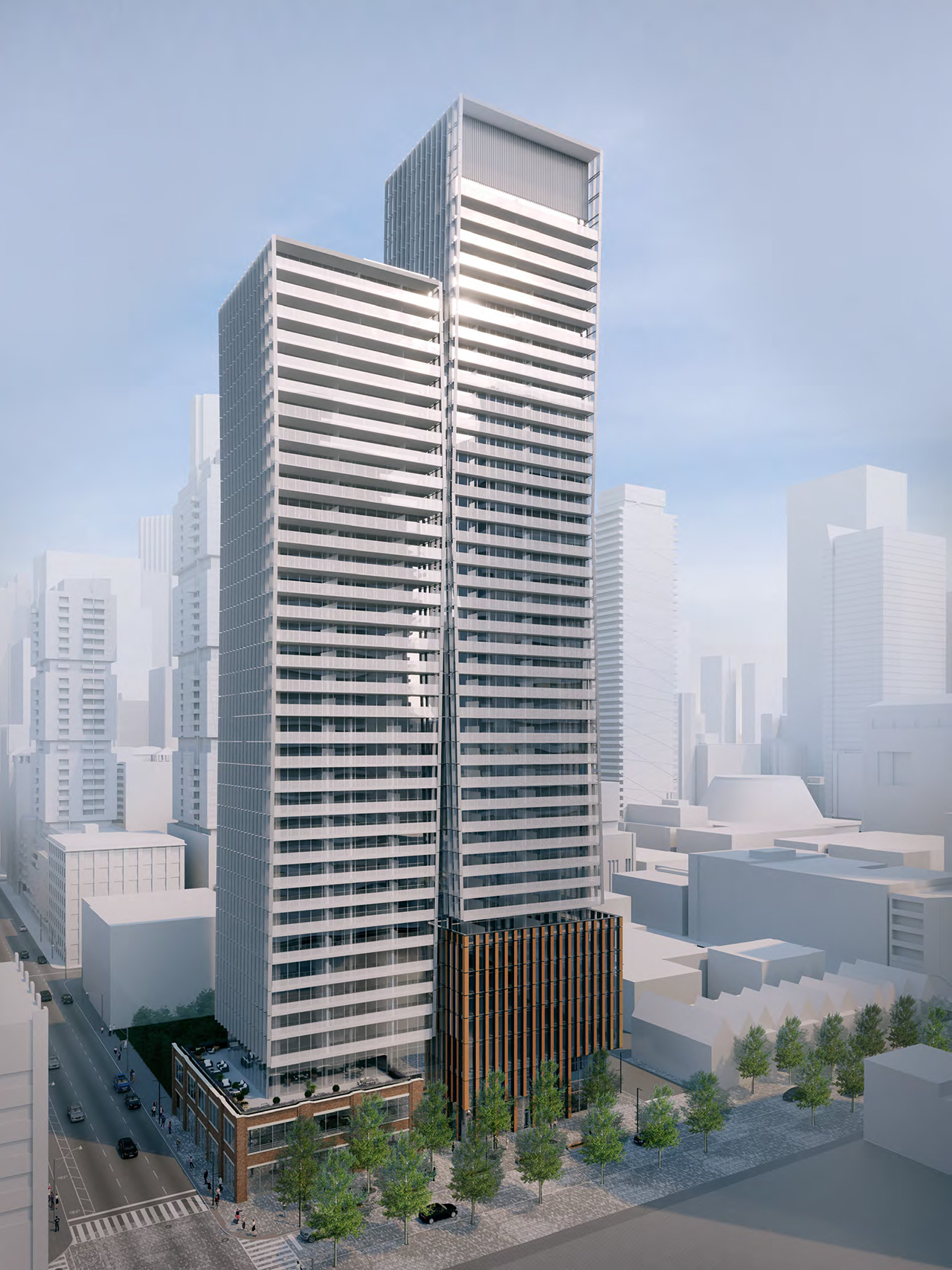 Looking southeast to 241 Richmond West, image via submission to City of Toronto

The design of the tower is evocative of another unrealized design by architects—Alliance, a scaled-down idea of the 66-storey design that was proposed at 80 Bloor West in 2013 for developer Krugarand Corporation. With architects—Alliance no longer involved in the 80 Bloor West project, their unbuilt design has apparently been reimagined for the planning context of the 241 Richmond site. 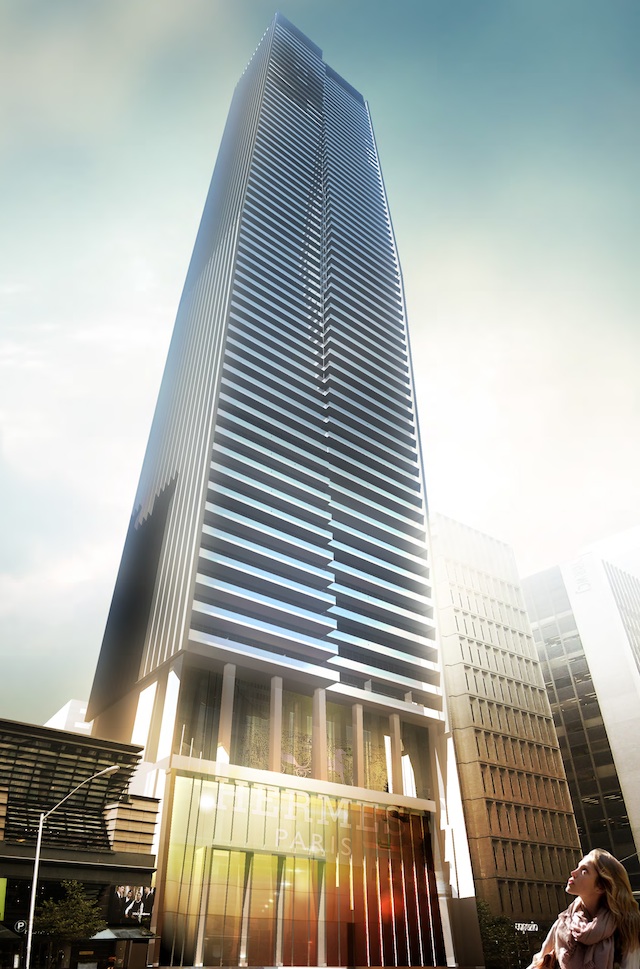 2013 design for 80 Bloor West, bearing similarities to the current 241 Richmond proposal, image via submission to City of Toronto