Y9825 is the second condominium project in Metroview Developments’ The Yonge Series, (the first, at 8888 Yonge is currently under construction), four buildings all fronting Yonge Street between Highway 7 and Major Mackenzie Drive in Richmond Hill. Situated a couple blocks south the corner of Yonge and “Major Mac”, the warm and modern Wallman Architects designed Y9825 will stand 22 storeys tall, and be home to 451 units, with both condominium and townhouse options available. 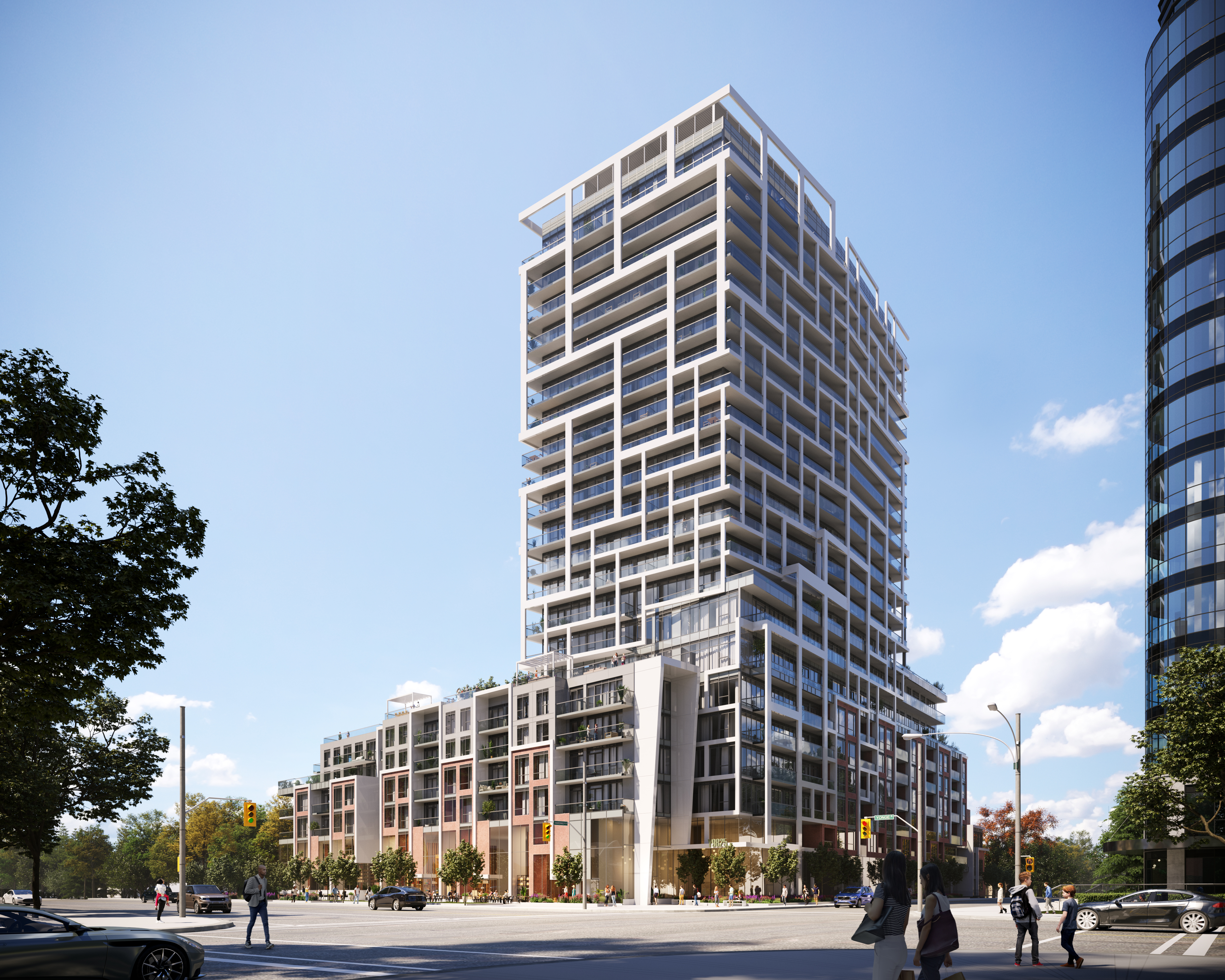 Amenities designed by interior design firm Truong Ly Design will start on the ground floor, where there will be a co-working lounge with a fireplace, a multimedia room and recording studio, an executive meeting room, a children’s playroom, and a fitness centre. The building will also boast a 24-hour concierge service, and high speed “Y-fi” internet access supplied by Metroview in all common spaces. 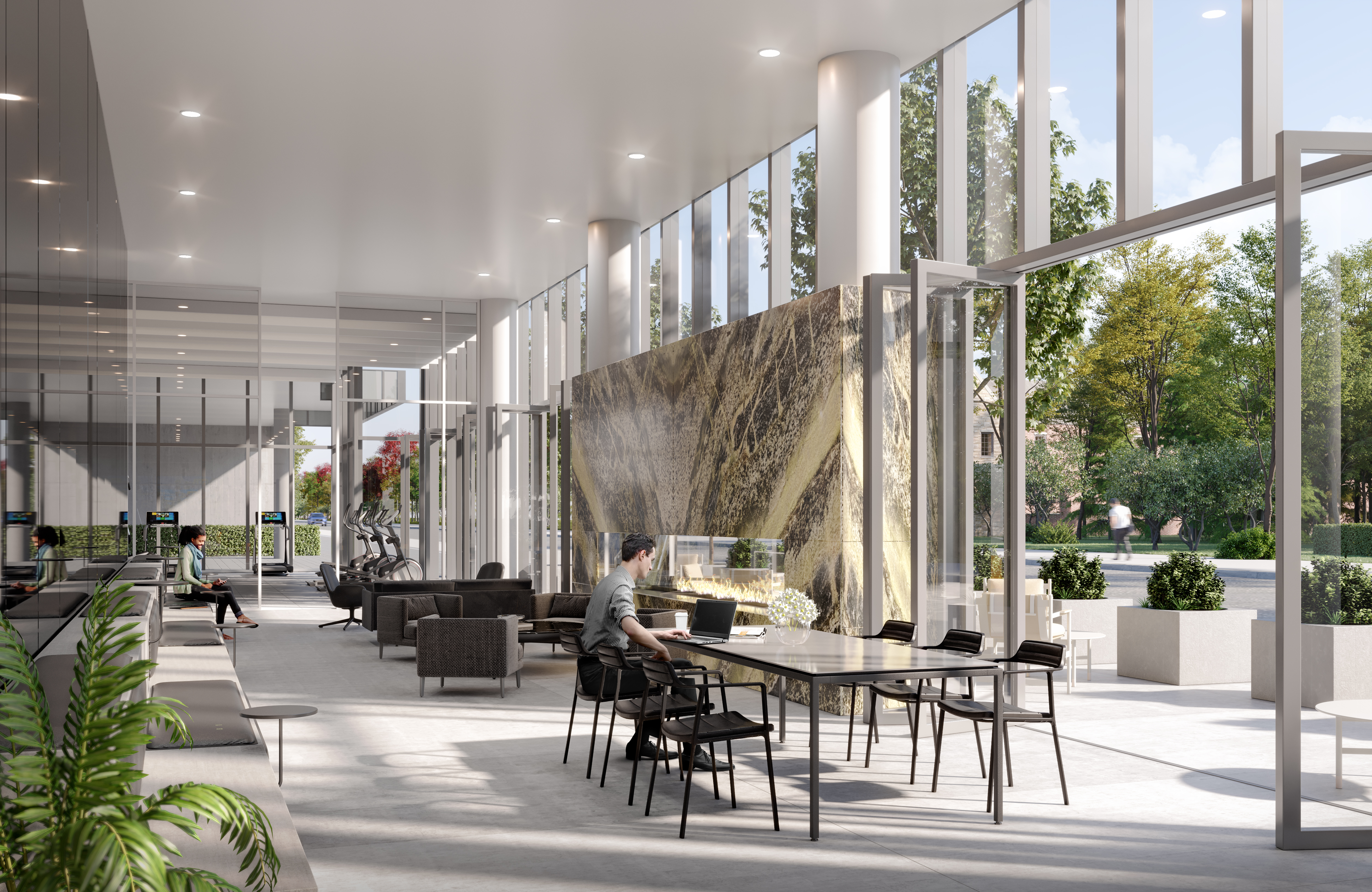 Amenities will continue atop the podium on the seventh floor, which will be home to three social lounges, a party room, and cabana lounges with front row views of the water lounge and barbecue area. On the same level, there will be a rooftop basketball court, track, and outdoor gym. 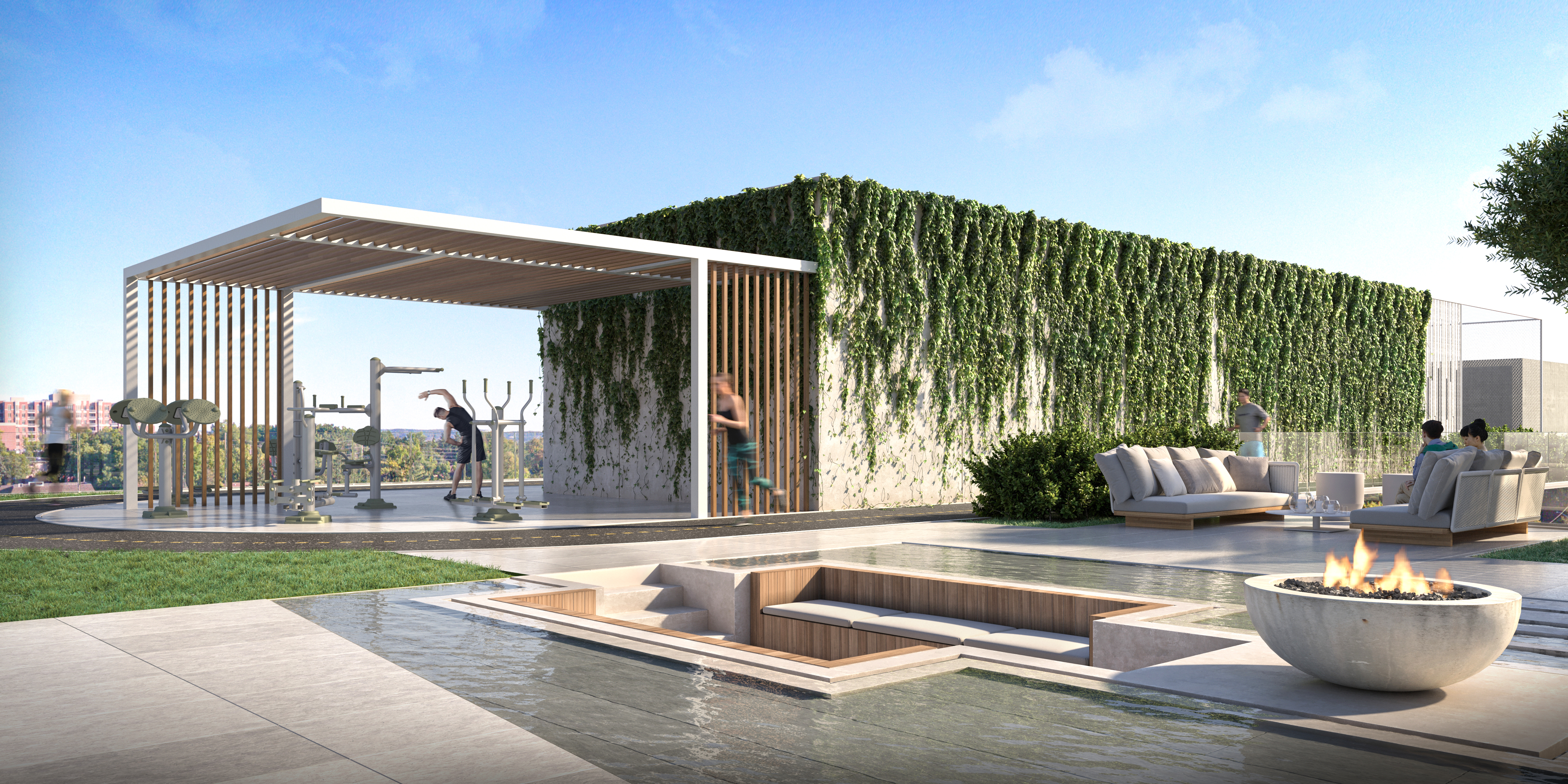 A Metroview-designed and constructed park will take form on the north side of the building, as part of the developer’s dedication to grow the streetscape in the area.The park, called, “YPark” will be privately owned but publicly accessible, and will nestle between Y9825 and its future neighbour to the north, Y9929. 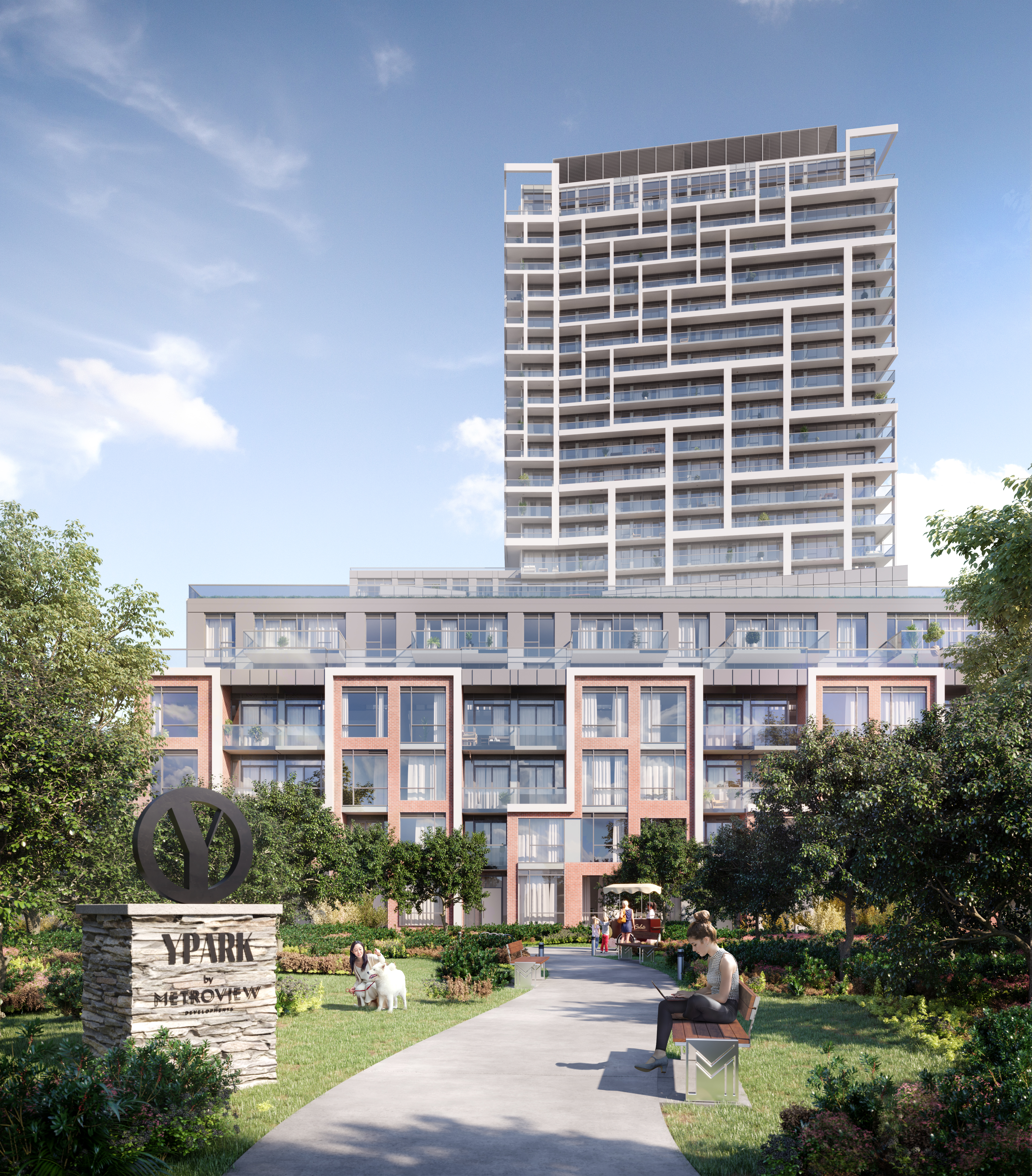 The building will include underground parking for bicycles and motor vehicles, but Y9825 will also be in close proximity to transit with York Region Transit’s VIVA bus rapidway (BRT) that opened last year along Yonge Street running on reserved lanes. In the future, the Richmond Hill TTC subway extension will bring the Yonge line within a short ride to the south.