Alterra and Diamond Corp Propose 40 Storeys at Richmond and George

A 2020 proposal at the southeast corner of Richmond and George streets in Downtown Toronto has been revised again with the late-July submission of a Site Plan Approval (SPA) application following updates to Official Plan and Zoning By-law amendment submissions in April of this year. Proposed by the Alterra Group of Companies and Diamond Corp is a 40-storey, 137-metre tall, mixed-use building, designed by Sweeny &Co Architects which would incorporate the façade of the four-storey post-industrial building at 125 George Street and the surrounding parking lot addressed to 231 Richmond Street East. The buildings to the south at 109 through 117 George Street, owned by Sun Life Assurance Company and part of the original submission, are no longer included in the proposal, but through an earlier agreement their air rights have been transferred to this property. 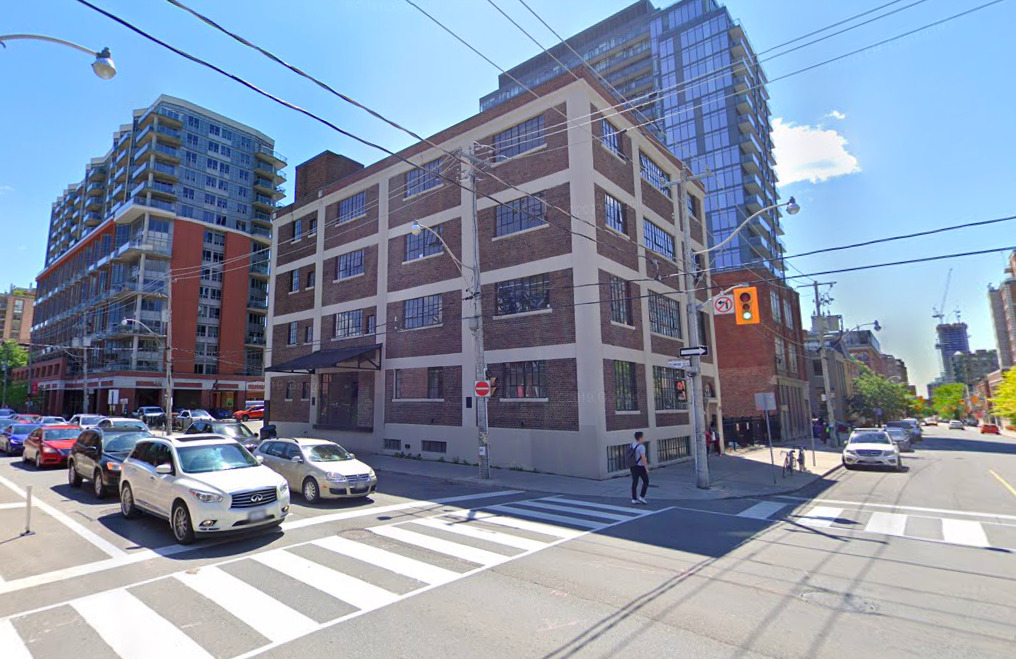 Looking southeast to the site at 125 George Street and 231 Richmond Street East, image via submission to the City of Toronto

The proposal’s total gross floor area (GFA) of 33,250 m² would be primarily residential with 3,265 m² of commercial space in the podium. The proposal puts retail spaces at the corner, and at the east end of the lot along Richmond, while placing the entry lobby for office space on floors 2 and 3 between them. Entry to the 516 residential suites would be via a lobby south of the retail on George Street. They are proposed in a mix of 310 one-bedrooms, 153 two-bedrooms, and 53 three-bedrooms.

The provision of a 265 m² POPS (Privately Owned Publicly accessible Space) is part of the developer’s air rights deal with Sun Life on the property to the south and will be part of a separate agreement with the City, although its completion is proposed to be a condition of approval for this development. 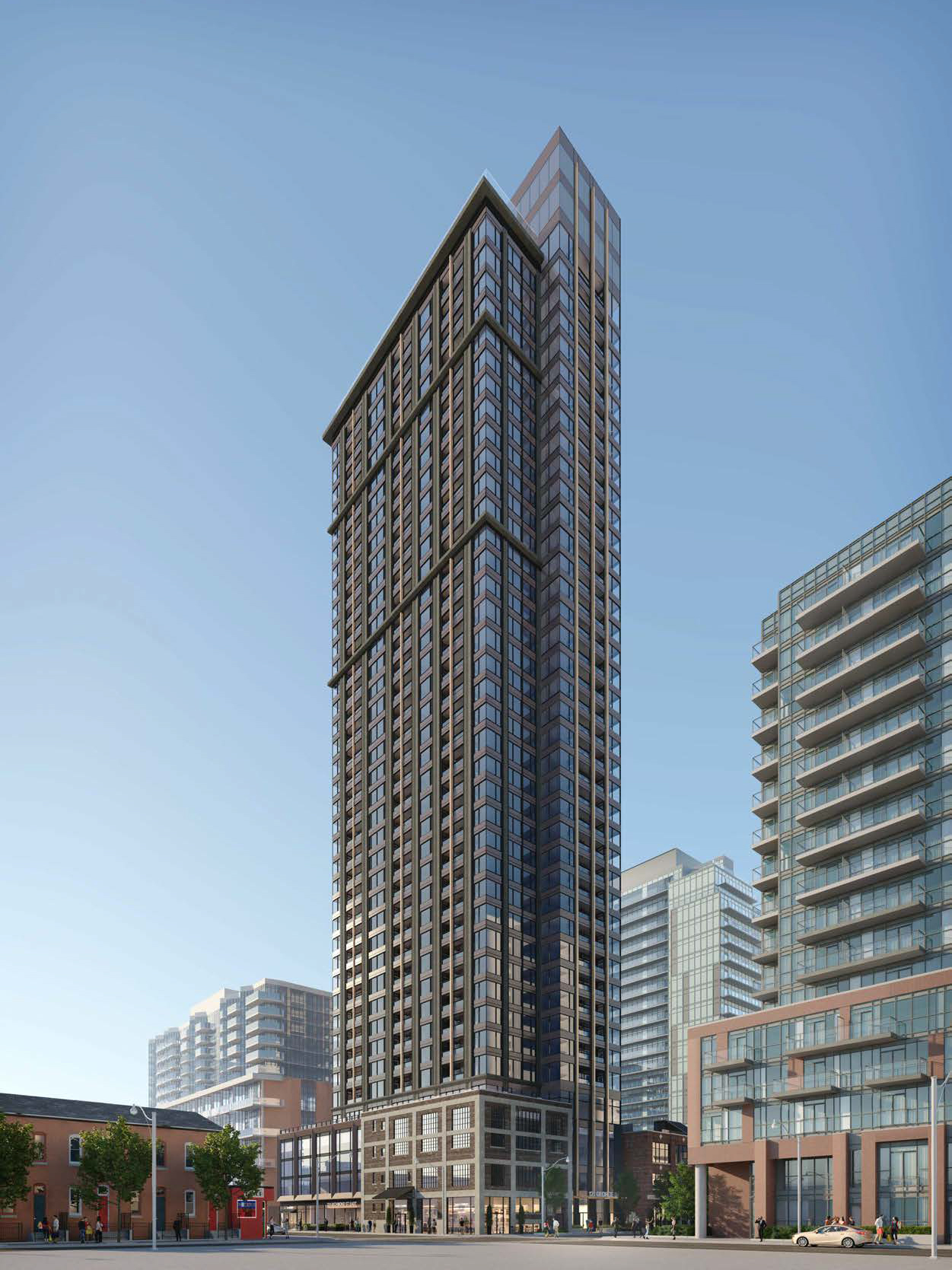 The resubmission comes with several changes from the January, 2020 submission including a drop in height from 42 to 40 storeys and the removal of a fourth floor of office space, an increase in amenity space to a minimum of 3 m² per unit of combined indoor and outdoor space with the addition of a 4th floor terrace and indoor/outdoor amenity spaces on the 40th floor, which is also shared with the first Mechanical Penthouse level. Some other changes from previous submissions include the reduction of floor-plate sizes for the tower’s uppermost levels, relocation of bicycle parking to allow added retail space, and the refinement of the proposed POPS.

Animating showing the project’s evolution to its current form, images via City of Toronto/Alterra/Diamond Corp

Two earlier versions of the exterior expression can be seen in the GIF above, while the refinements in the recent SPA application bring the design to that seen in the image below. Sun Life’s building and the related proposed POPS, no longer part of this application but tied to it, fronts both images. 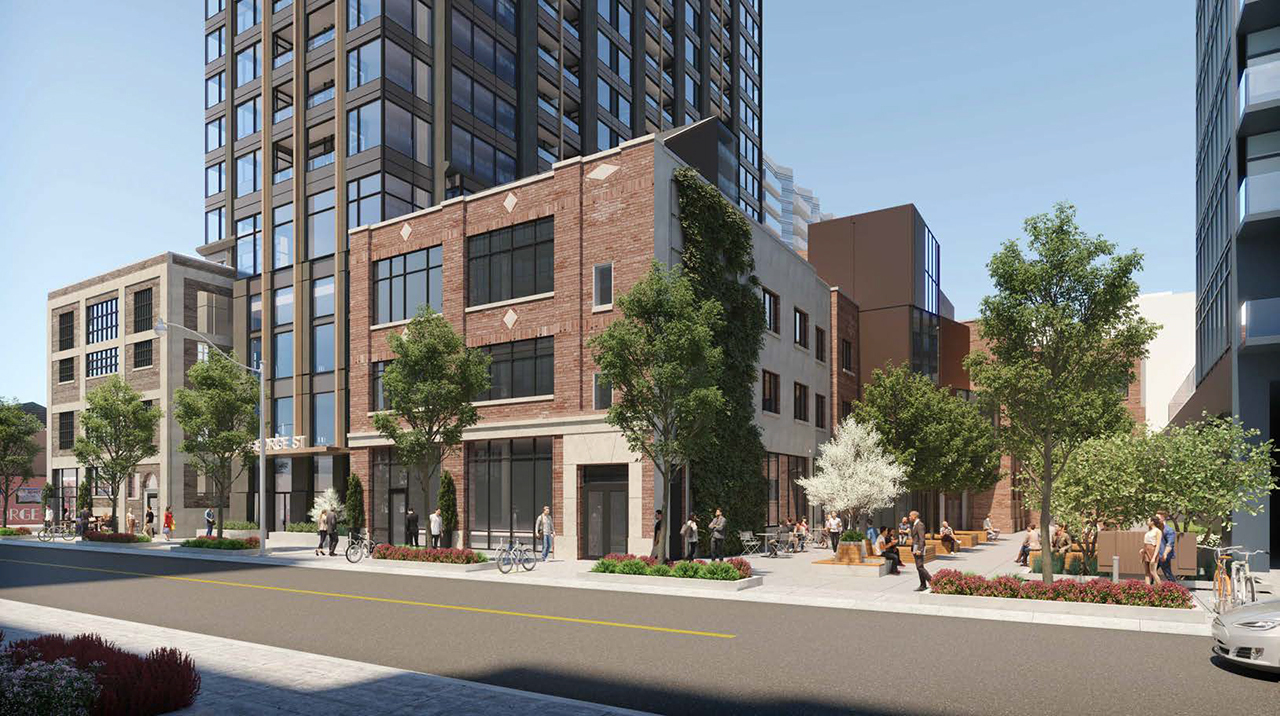