North of Toronto’s Finch subway station, the former Newtonbrook Plaza site at Yonge and Cummer in North York will be the future home of a mixed-use community from Aoyuan International known as M2M Condos, a five-building, Wallman Architects-designed complex.

The community’s first pair of towers are now well underway at the site’s south end, to rise 34 and 36 storeys from a shared podium that will contain office, retail, daycare, and residential space. Now, the second phase—called M2M SQUARED—is officially launching.

A short walk north of the subway station, the second phase will feature a two-tower building that will sit at the heart of the 8.6-acre master planned neighbourhood. The development will include over 1,750 residential units, and be home to approximately 46,000 ft² of community centre space, and 11,000 ft² of daycare facilities at its base. 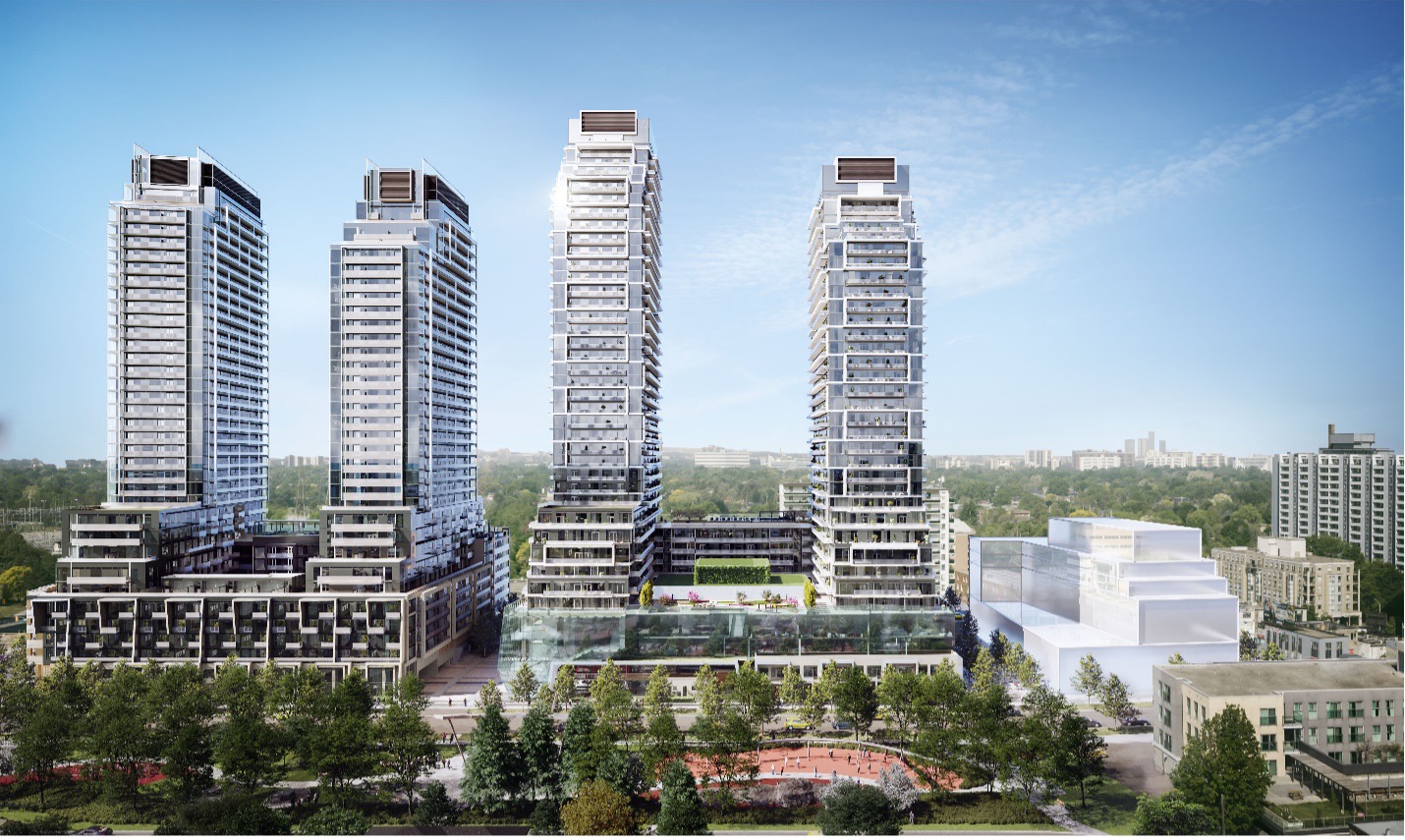 Outdoor amenities will include an adult lap swimming pool and shallow wading pool, shaded lounge and barbecue areas, as well as a putting green, bocce ball court, and an outdoor yoga deck and gym with built-in fitness equipment.

A new community centre and daycare designed by Wallman Architects will be part of the building’s base. Plans for the community centre currently include a double-height gym with a basketball court and running track, and activity rooms. 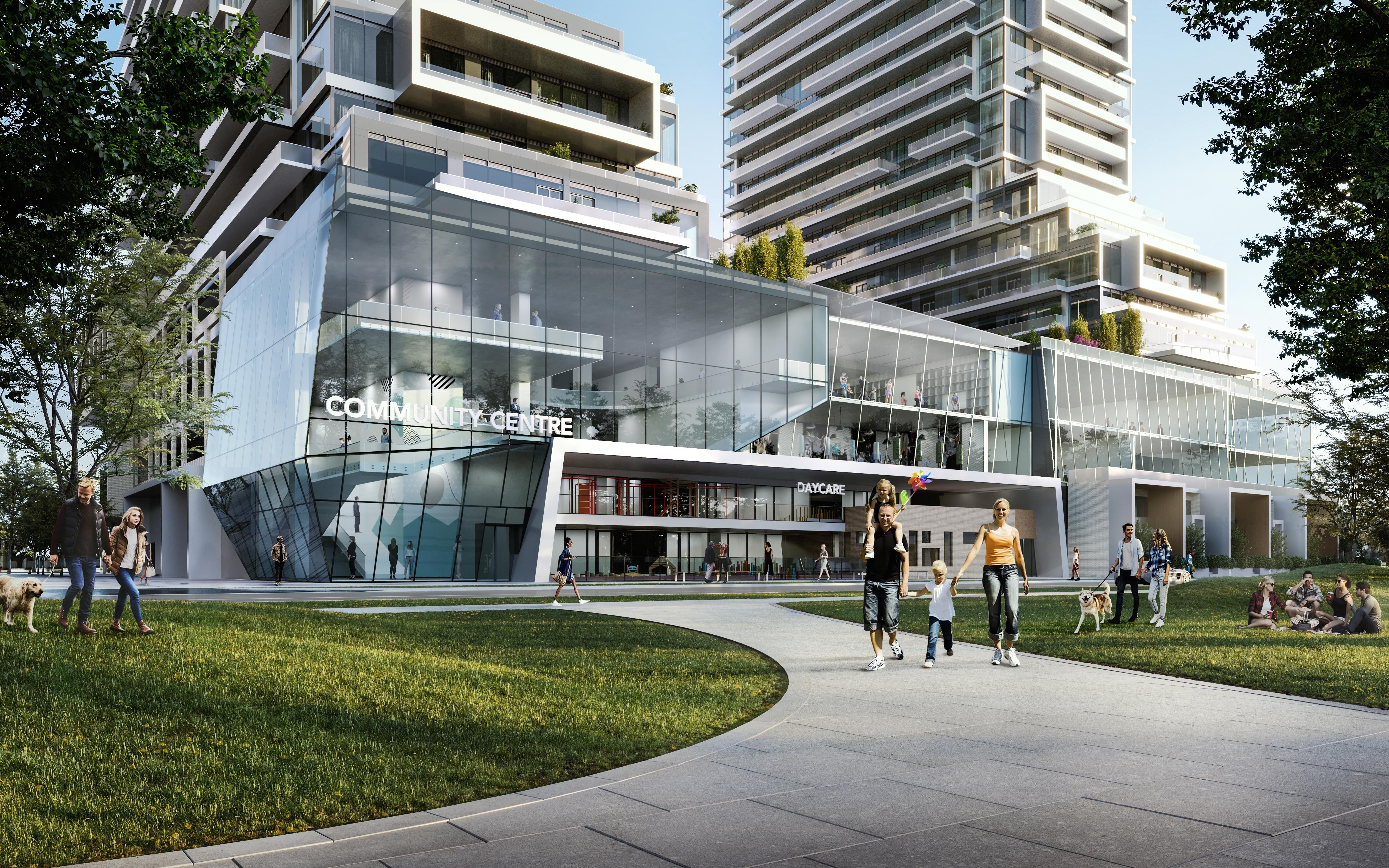 This new community hub will overlook a new public park and playground just outside M2M’s doorstep, tucked away from the hustle of Yonge Street on the quiet east side of the site.

The development will also feature three levels of outdoor green spaces within the M2M community as well as green roofs that will provide fresh air and views for tower units. 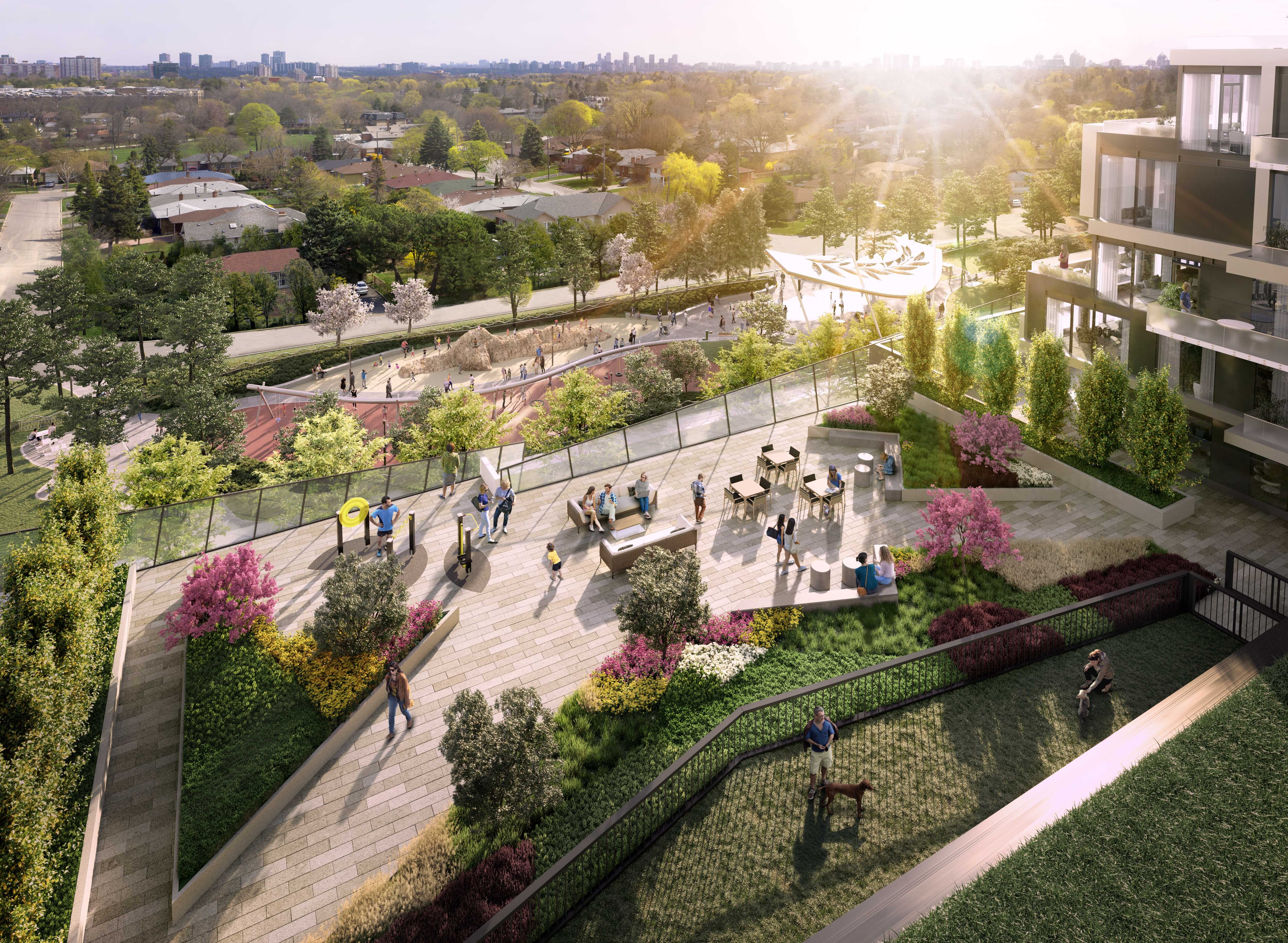 Suites at M2M SQUARED will range from one- to three-bedrooms, and will also include two-storey townhomes. Prices start from the $500s.