Steel beams—including rounded ones which will form a barrel arch—are finally being lifted into place at the St Lawrence Market North building site at Jarvis and Front in Downtown Toronto. The arches are the signature piece of the Rogers Stirk Harbour + Partners-design, meant to complement the rounded arch roof of the main St Lawrence Market building across Front Street to the south, and they’re what many have been waiting patiently to see as construction on the project has dragged on well beyond its originally targeted completion dates. 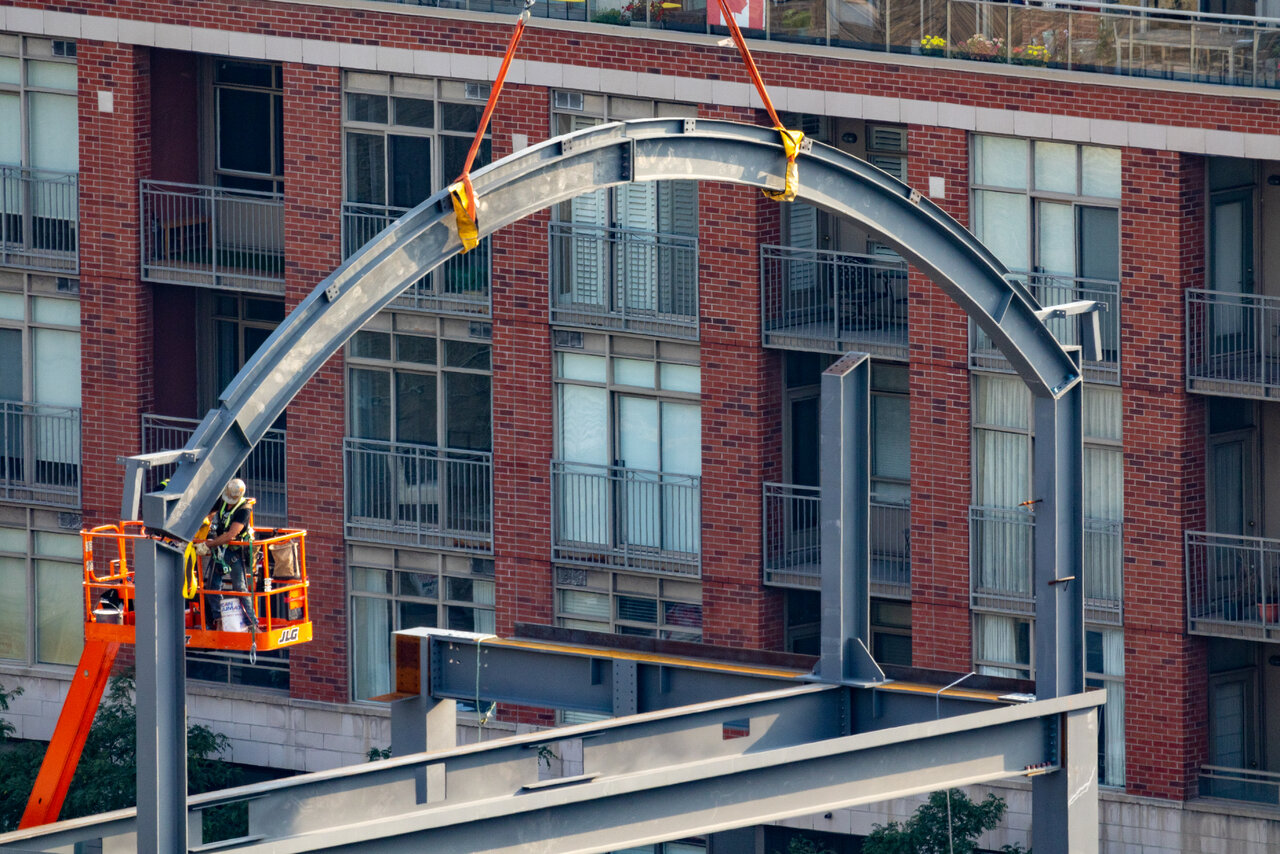 Having launched a design competition for a new building in November, 2009, the City announced the London, England-based starchitects as winners in May, 2010, working with Toronto’s Adamson Associates Architects. The new building replaces the most recent of many iterations of an annex to the main market, buildings which have provided space over the years for temporary stalls that move in and out for such things as farmers markets and antiques sellers, or other events that need a large space for a short time. The new building will provide that function again on its ground level, but the new design adds new space above. 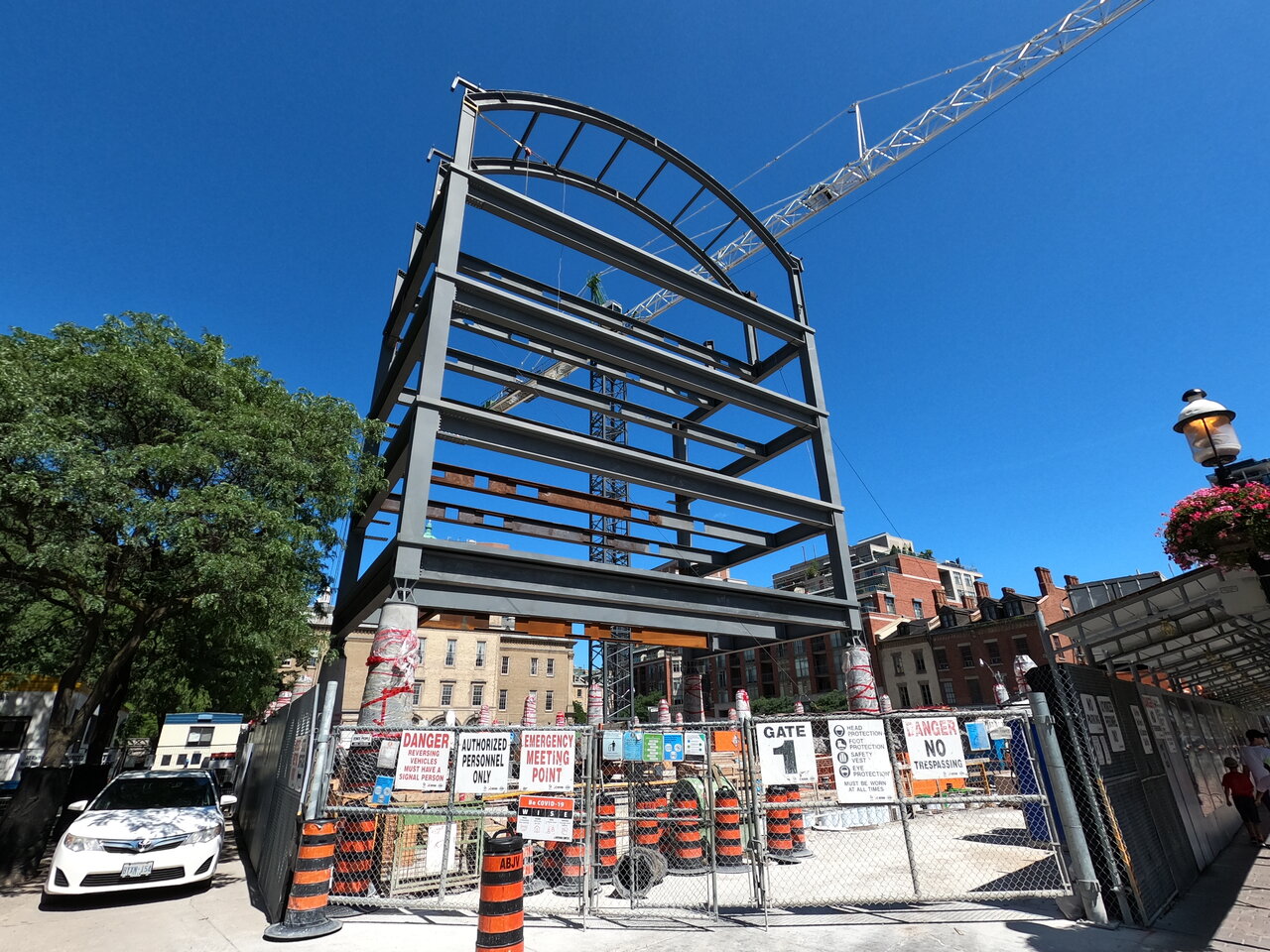 Construction of the new building was delayed by archeological digs which found both many more artifacts from early Toronto life than had been expected, as well as underground service features including a “porcupine drain” built in 1831, a part of which will be rebuilt for a display in the new building. More delays occurred when Bondfield, the original main contractor of the new building, collapsed, and the job had to be re-tendered. Buttcon and The Atlas Corporation in joint venture were awarded the new contract in May, 2019, and work has been underway since. 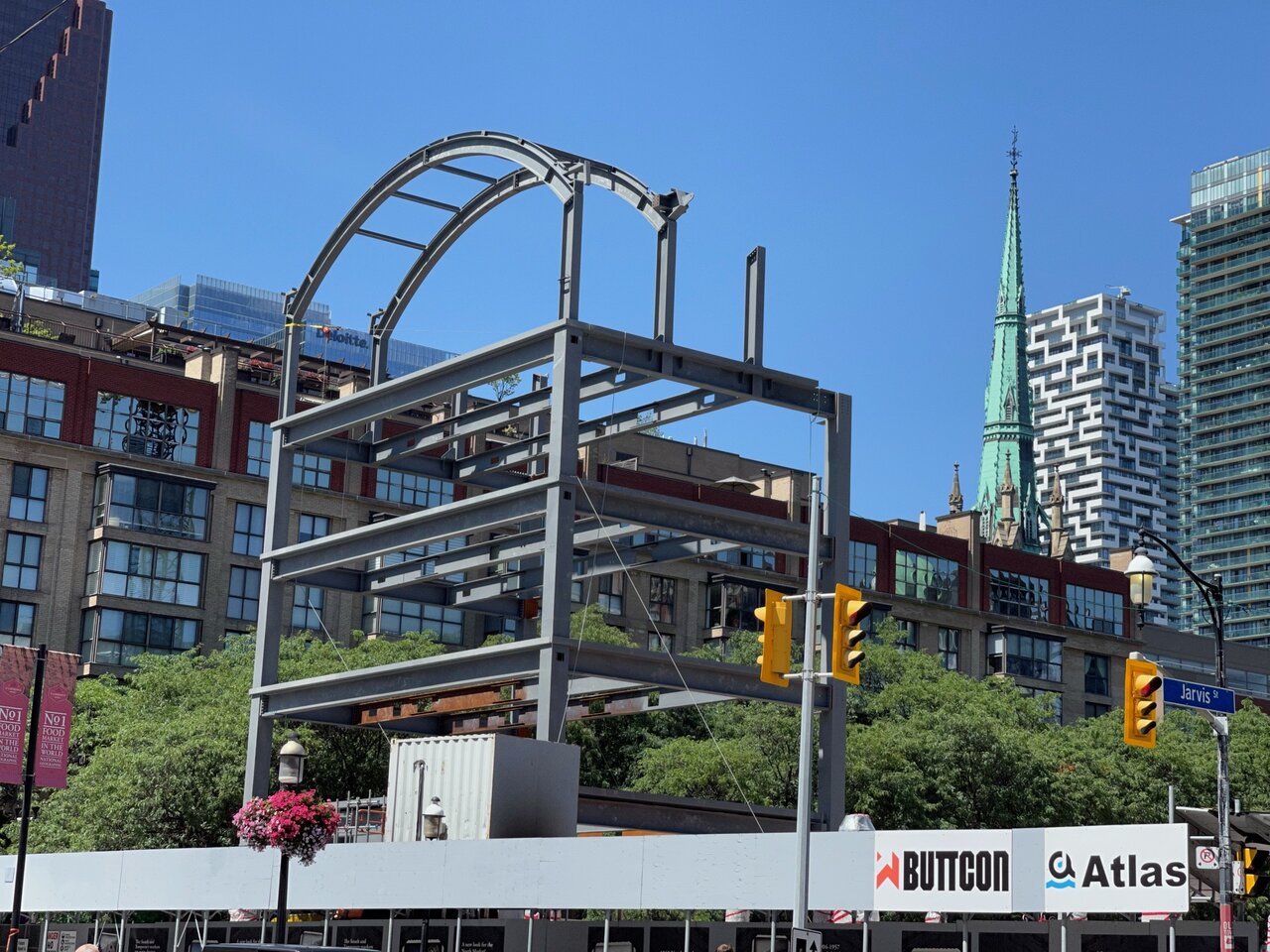 As the first steel section lengthens northwards over the coming days, a second steel skeleton will soon rise closer to Jarvis Street, with the two barrel-vault roofed sides of the building to be eventually connected via a glass skylight running the length between the two vaults. The upper storeys at the new building will provide state-of-the-art space for the City’s traffic courts, relocating from several location around Toronto, including Old City Hall. 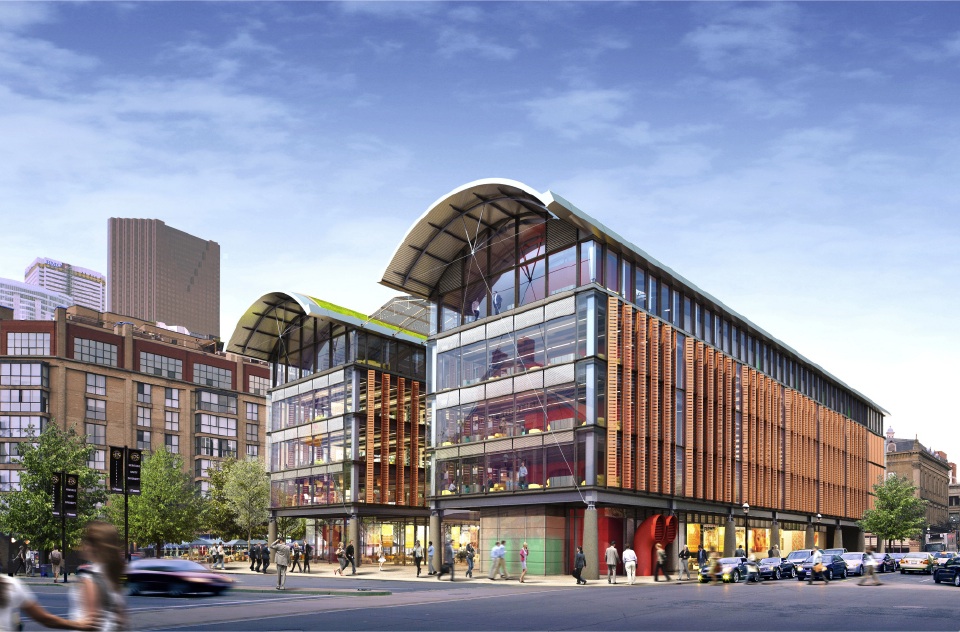 Looking northwest across Jarvis Street to steel rising at the St Lawrence Market North building site, image via submission to the City of Toronto