Over a decade of sustained vertical growth has transformed Toronto’s Entertainment District from nightclubs and warehouses to a dense concentration of condominium and hotel towers. Among the latest buildings to begin ascending into the neighbourhood skyline, Plaza‘s Theatre District Residence and RIU Plaza Hotel complex is gearing up to bring new condo and hotel suites to the southwest corner of Adelaide and Widmer streets.

The development is bringing a pair of BDP Quadrangle-designed 48- and 49-storey towers to the area, to contain condominium residences along with the first Canadian location of RIU Plaza Hotels. Work on the project began in March, 2019 with the arrival of drilling rigs to begin construction of the site’s shoring system. Excavation came next, setting the stage for a tower crane installation in early 2020, just before the onset of the COVID-19 pandemic and its associated work stoppages. November, 2020 saw an important milestone with the start of forming for the complex’s ground floor, being built around the preserved frontages of a row of Victorian townhomes. 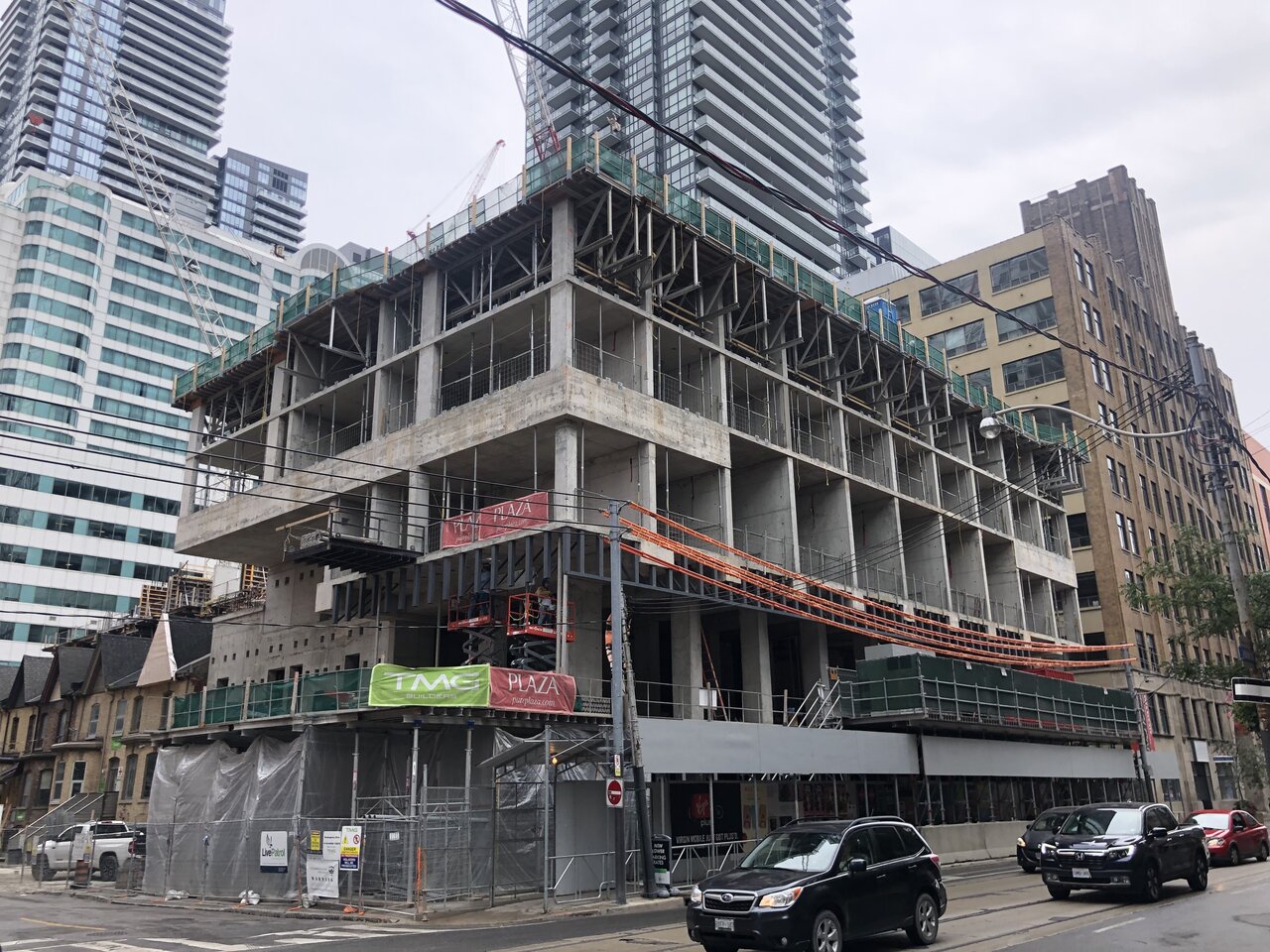 We last checked in on the project last month as the initial levels of the podium were rising over the Adelaide and Widmer intersection. Though the forming progress in the weeks since hasn’t necessarily been substantial, the recent removal of concrete forms and jacks has revealed a prominent cantilever at the base of the north tower, sheltering what will eventually be a widened public realm. 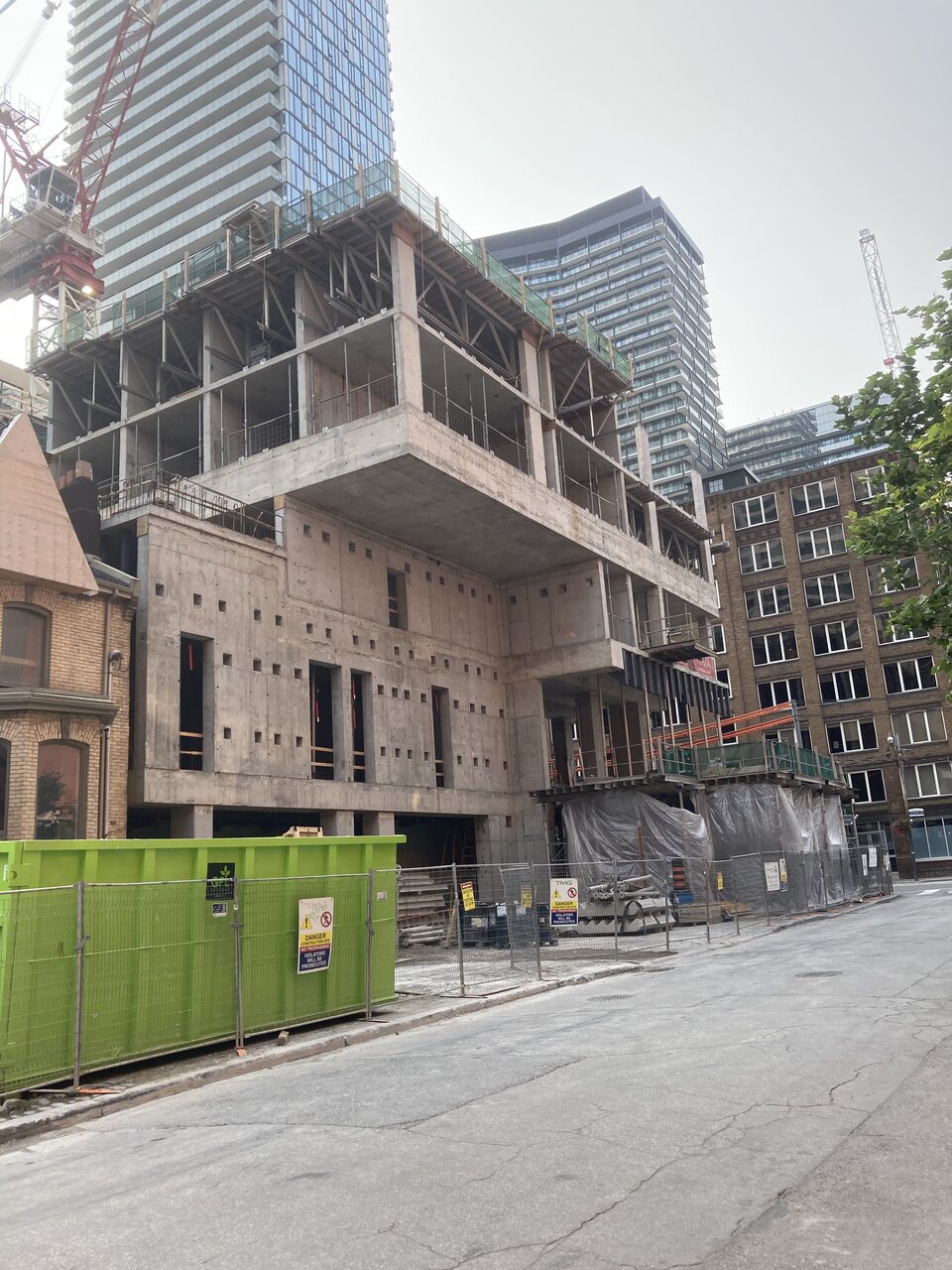 The base of this cantilever represents the upper extent of the complex’s contiguous podium levels, with the floors above breaking off to form the base volumes of each tower before they step back again for reduced floor-plates (see the rendering two images below). Above, crews are now forming the sixth floor of the north tower, as the fifth floor takes shape for the south tower; the void between the towers will be home to a swimming pool for residents and hotel guests. 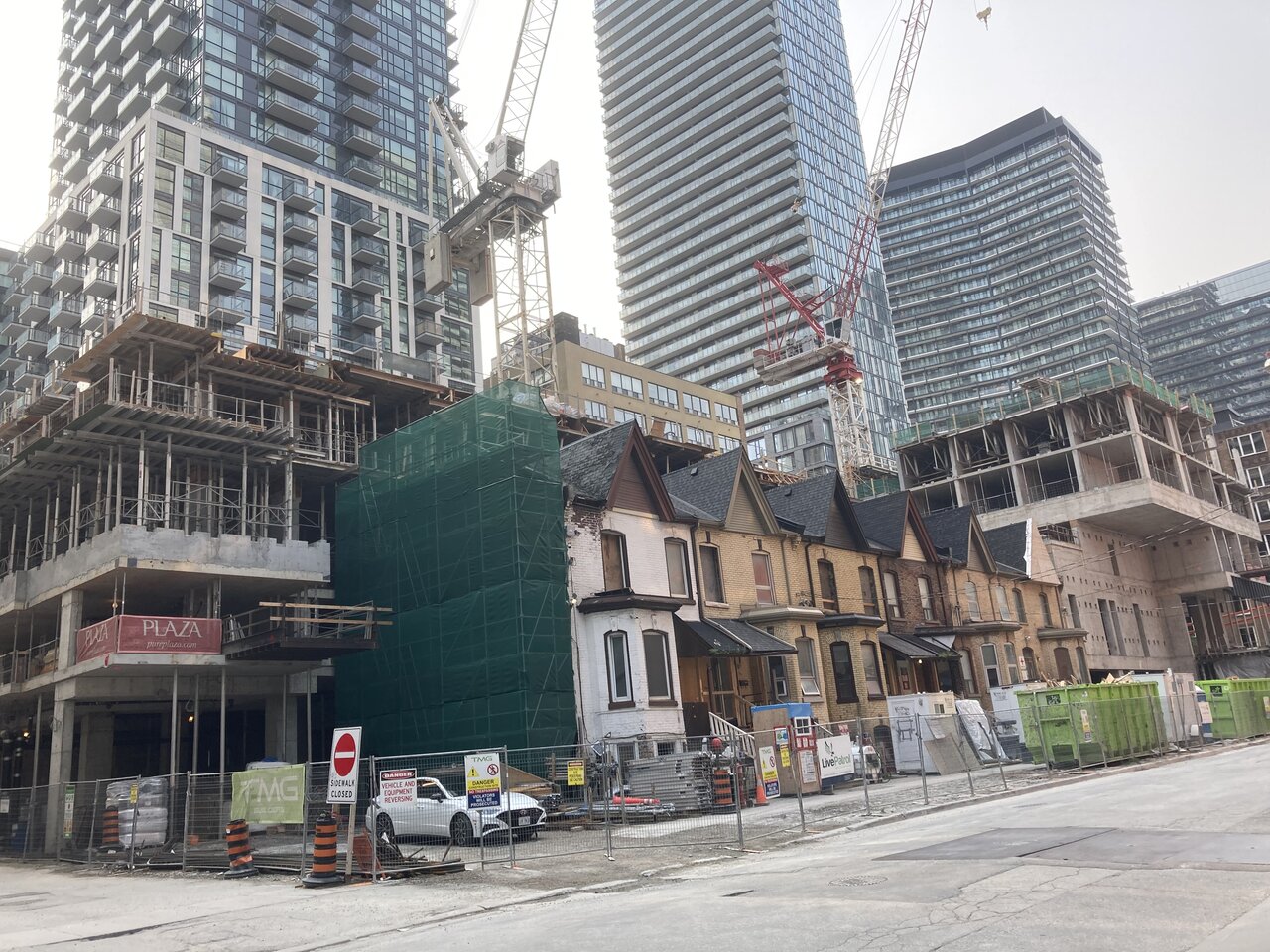 With varying floor configurations, both towers will reach shared heights of just over 156 metres despite the difference in floor counts. The 49-storey south tower will be occupied exclusively by 424 condominium residences, while the 48-storey north tower—marketed as Encore at Theatre District—features 131 condo units on the 25 upper floors, with the 353-room RIU Plaza Hotel taking up the 23 floors below. 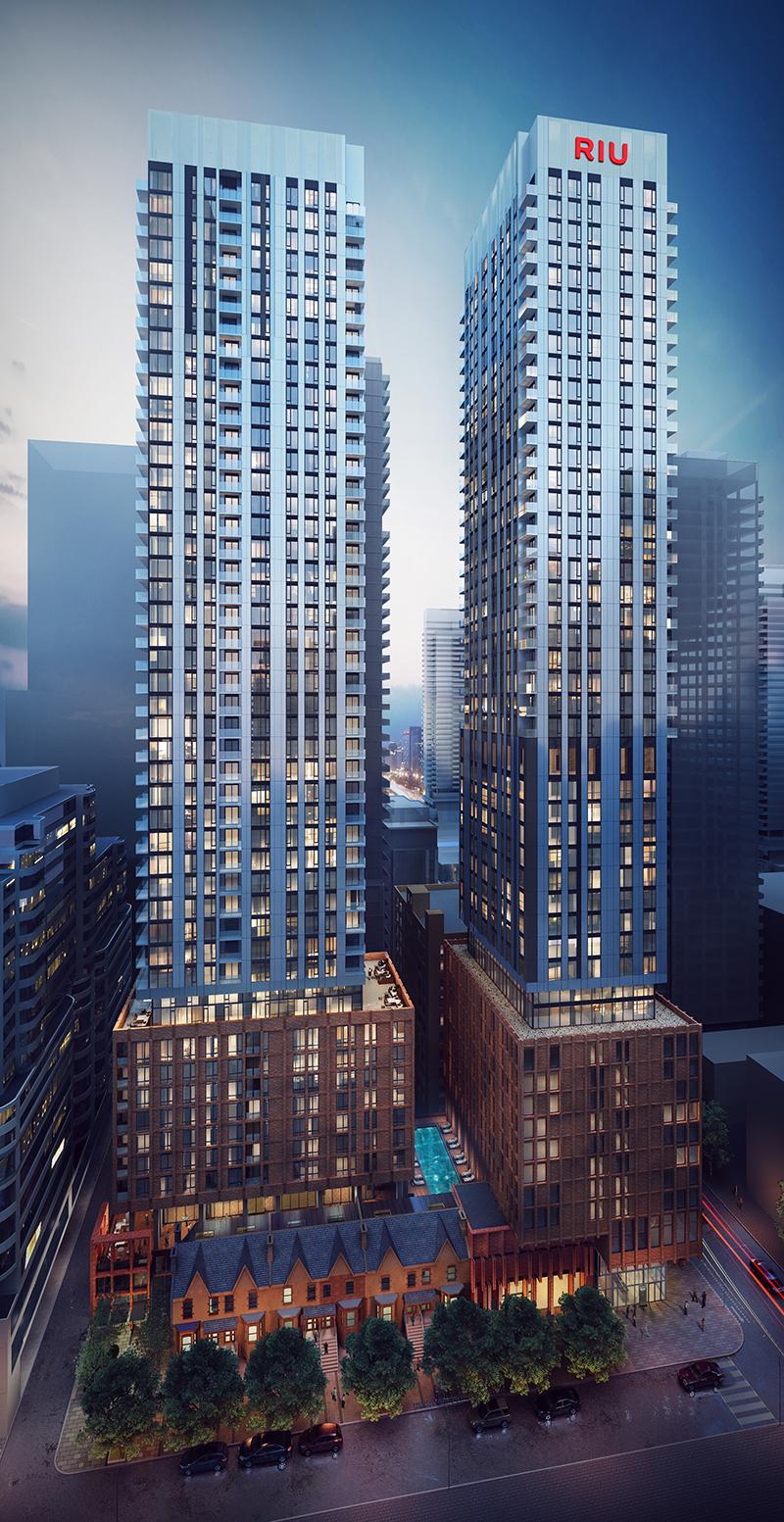