More than three and a half years after shovels first went into the ground for Menkes Developments‘ 4.6 million ft² Sugar Wharf complex on Toronto’s waterfront, the mixed-use community’s initial phases are moving along to the north of the Redpath sugar refinery that its name references. The first phase of the development includes a nearly complete office tower at 100 Queens Quay East and two rising condominium towers with a retail base known as Sugar Wharf Condos Phase 1. 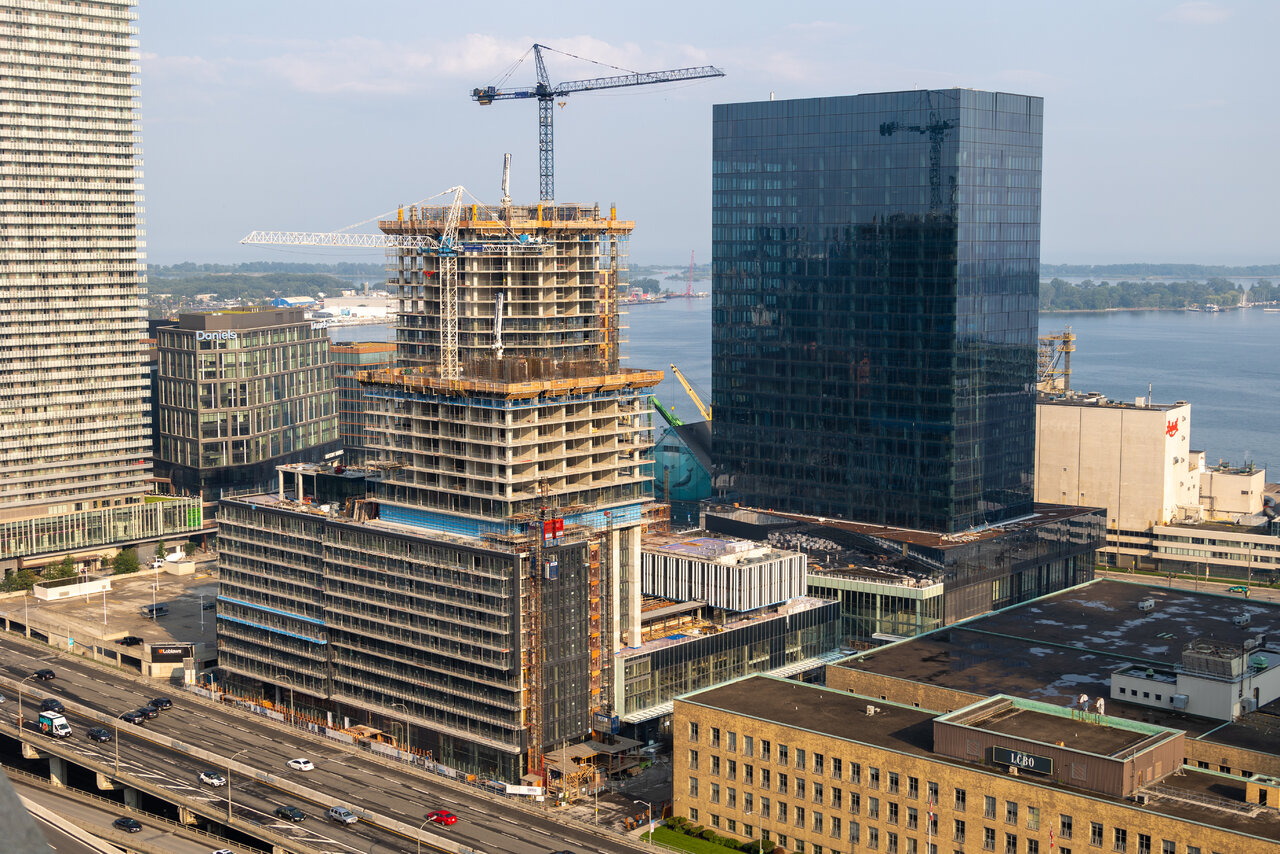 The complex’s 25-storey, B+H Architects-designed office tower is now coasting towards completion scheduled for later this year. The structurally complete, fully enclosed building’s interior finishing and landscaping along Queens Quay East are among the last remaining steps before tenants such as the LCBO and the Toronto Board of Trade can move in.

Most of the construction activity unfolding at the Sugar Wharf site now, however, is concentrated on the architects—Alliance-designed condos to the north of the office tower, where towers are quickly rising to heights of 64 and 70 storeys.

The first phase condo towers began construction just over three years ago in July, 2018, and work has accelerated considerably over the past several months. The key milestone that has allowed new tower floors to pop up regularly was the completion of their transfer levels earlier this year, engineered to take the structural loads from the tower floors down through podium walls to the foundation. With the transfer levels complete, typical tower floors began to appear this year, with the southeast tower getting a head start over what will eventually be the taller northwest tower. Forming is progressing smoothly since this milestone, with the towers now reaching 20 and 29 storeys, well on their way to their final heights of 230.11 and 218.23 metres tall. 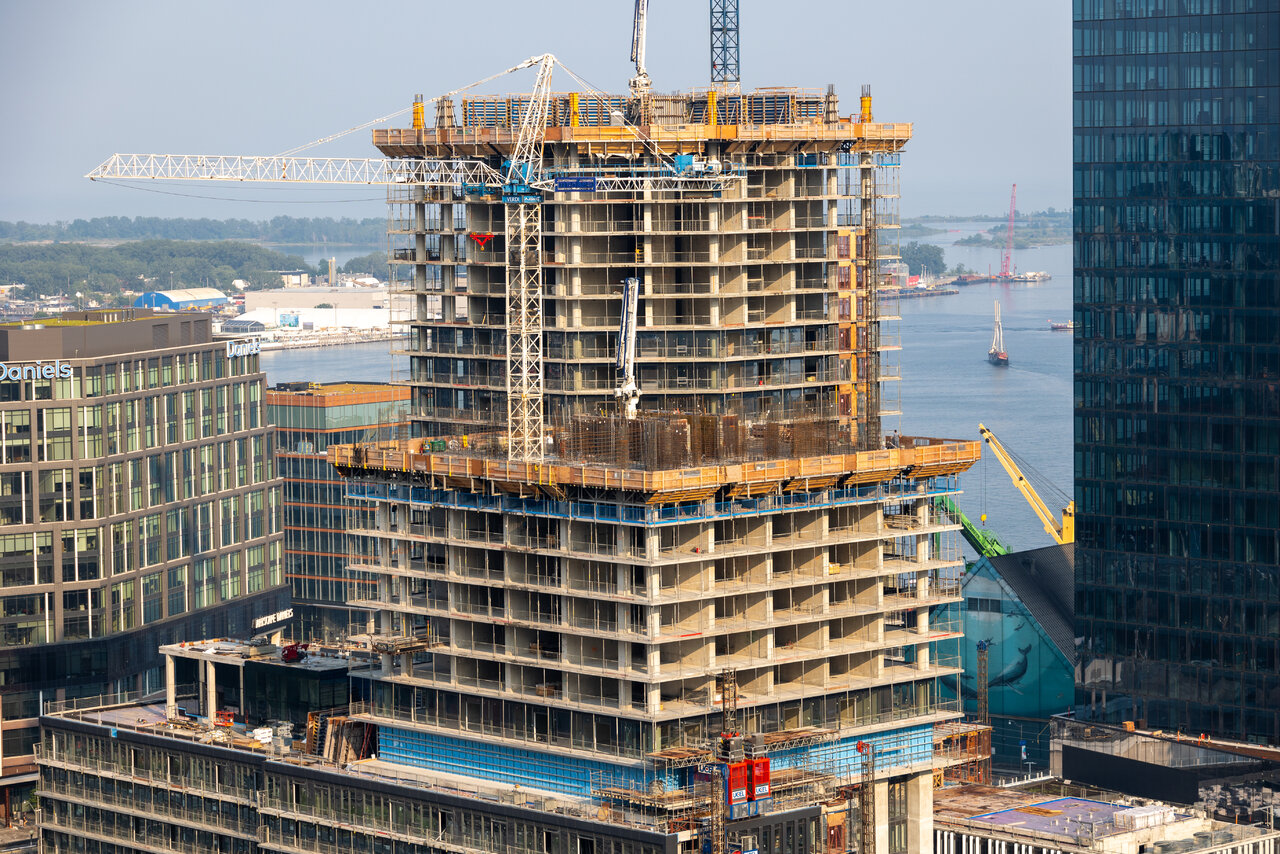 Cladding installation has made continued progress in the last few months. When we last checked in on the project in May, cladding installation was quickly enclosing the northern podium facing the Gardiner Expressway. The mix of dark metal panels intersected by horizontal black-banded slab edges is now being followed by balcony railings. Above, the first panels of tower cladding have now also been applied, matching the window wall finishes installed below. The tower finishes will eventually be partially obscured by the balcony guards, which will act as the main exterior expression. 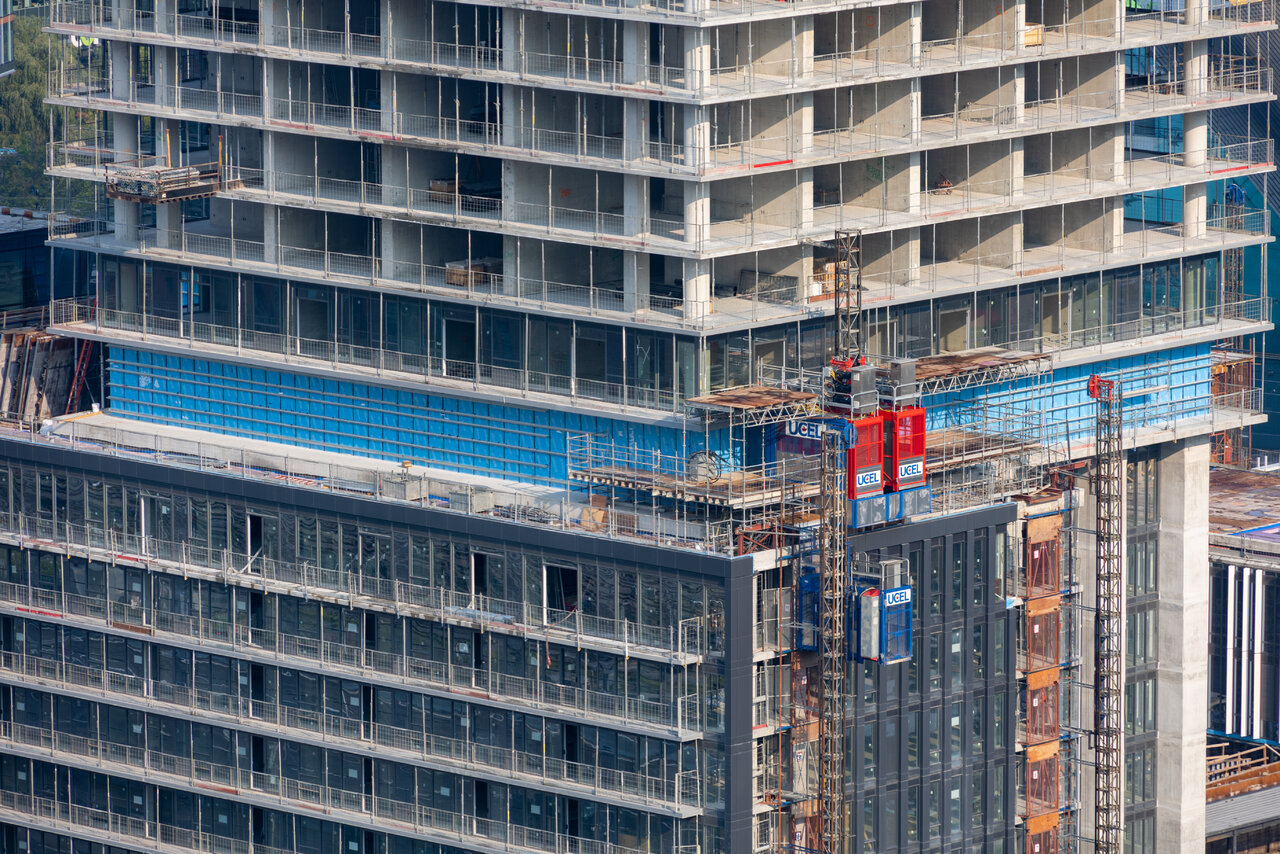 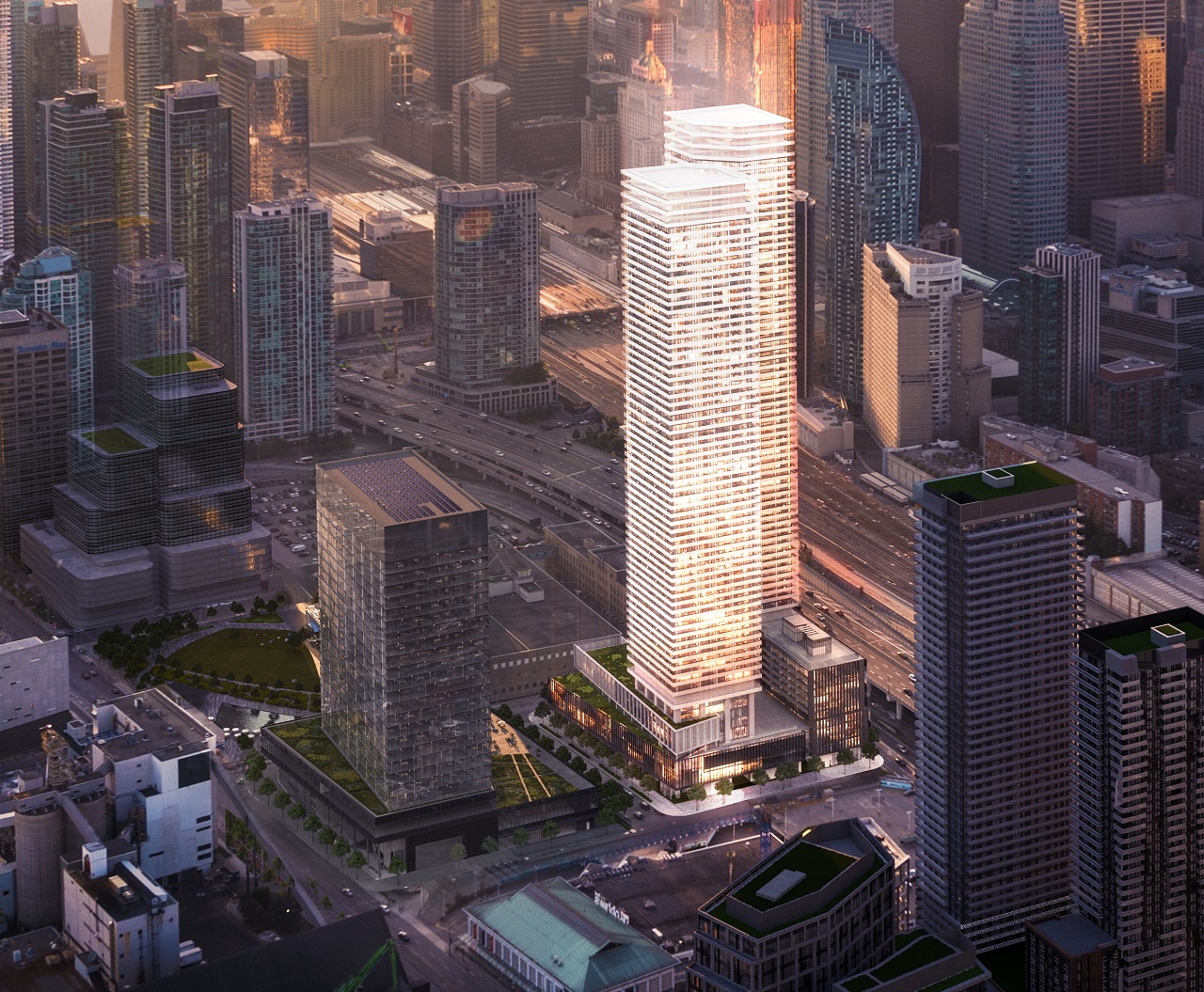 The Sugar Wharf community will grow again in the future with Phase 2, another three tall towers currently being planned to the immediate west of the first phase. Phase 2 will incorporate sections of the heritage LCBO office and warehouse building walls that currently exist on site.