Fourth Apartment Tower Proposed at The Quay on Toronto Harbour

Pacific Reach has filed Official Plan and Zoning By-law Amendment applications with the City of Toronto to bring 239 new purpose-built rental residential units and amenities across expanded and new rental residential towers at 350 through 396 Queens Quay West. The proposal joins another previously approved but not yet under construction redevelopment at the site, a redevelopment of the podium between the existing towers that will add a third 21-storey tower between them. 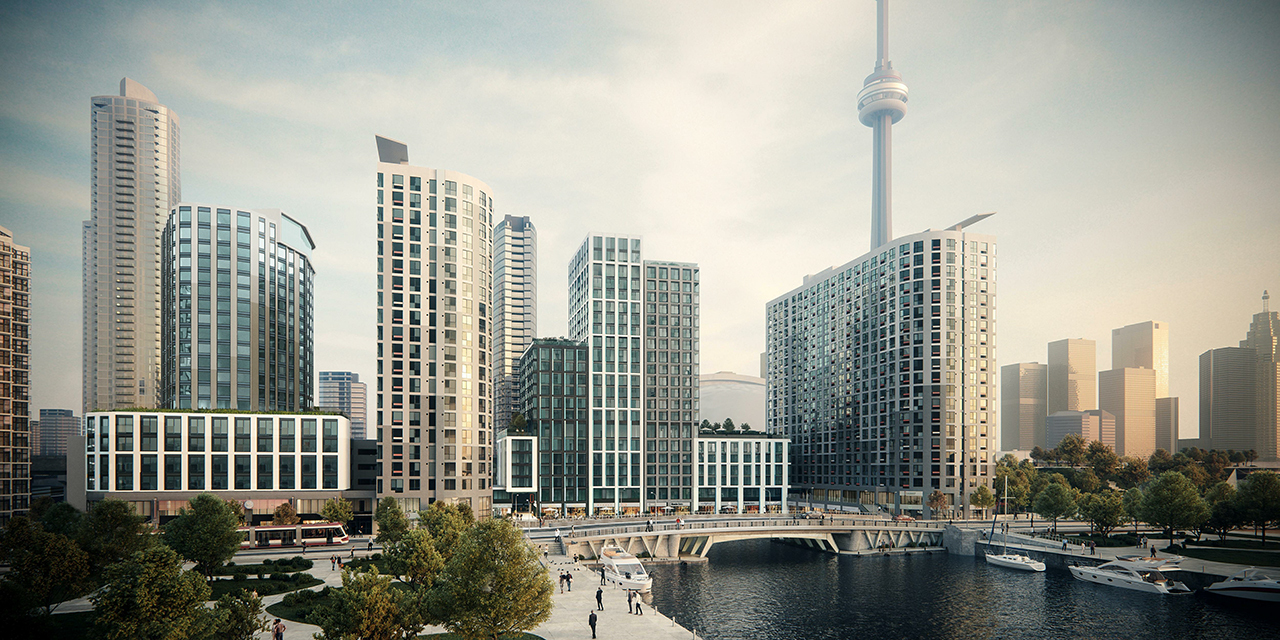 The large u-shaped site–nestled around the Peter Street Basin inlet from Toronto Harbour–is located on the north side of Queens Quay West (QQW) between Lower Spadina Avenue and Rees Street, and is bounded on the north side by both Lake Shore Boulevard West and the Gardiner Expressway above it.

Known as The Quay, the rental complex was one of the first residential developments in Harbourfront, completed in 1988-1989. It currently contains two 21-storey rental apartment buildings (350 and 390 QQW) and an associated 5-storey parkade (396 QQW) serving 517 residential suites. The towers are linked by a commercial/amenity building at 370 QQW fronting the Peter Street Basin. Since its acquisition in March 2013, Pacific Reach has undertaken $18M of improvements to the existing buildings.

Designed by BDP Quadrangle, the first infill additions to the complex were approved by the City in January, 2020 and could go under construction once building permits are applied for. Along with the new 21-storey mixed-use building replacing the podium at 370 QQW, a northerly addition to the 350 QQW tower will bringing a combined 347 new rental residential units with retail and service commercial uses fronting onto the promenade surrounding the basin. 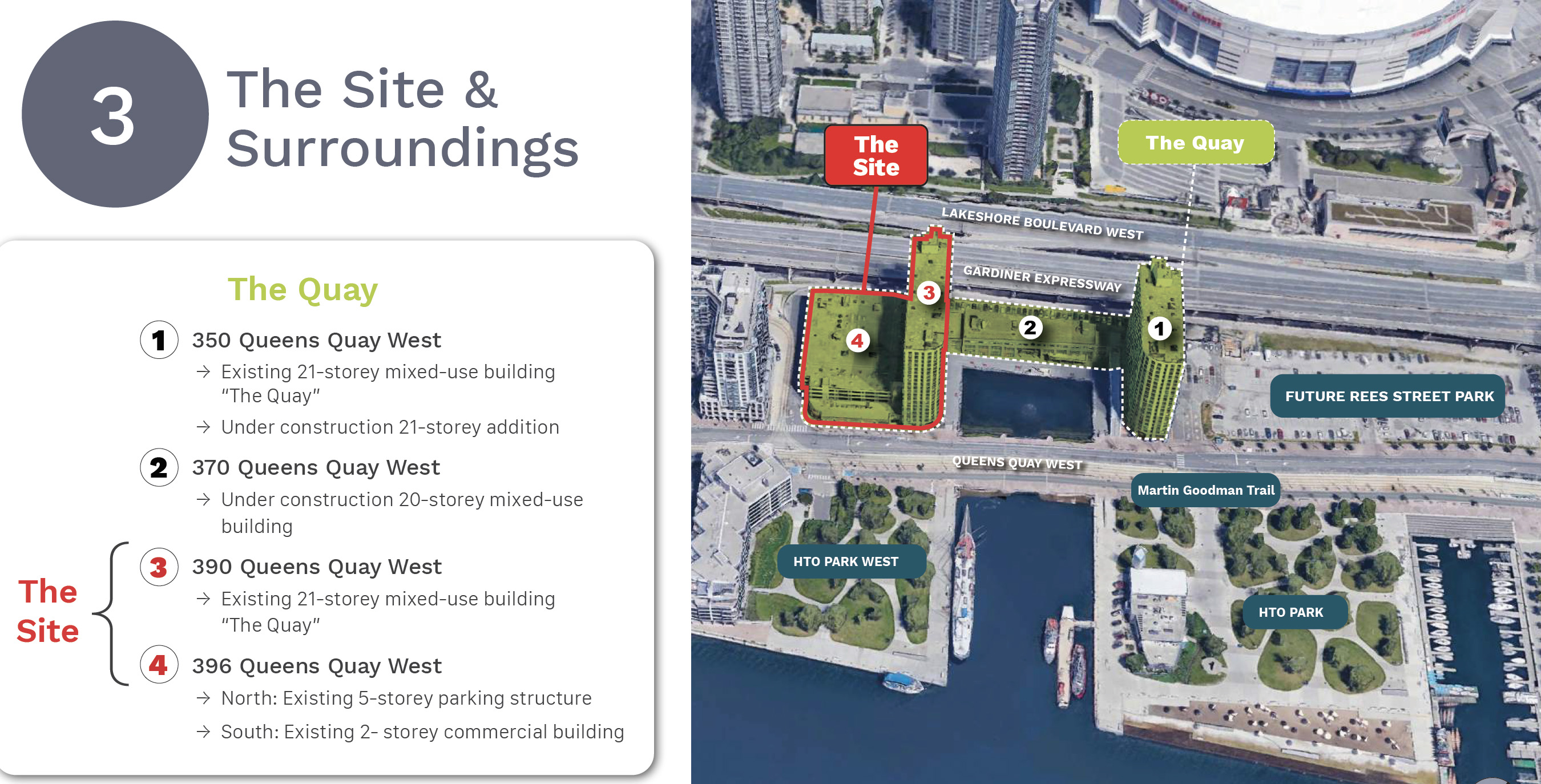 The site and surroundings, image by Bousfields for Pacific Reach Properties

Also designed by BDP Quadrangle, this new proposed development consists of three distinct elements. The most major of these is a gently curving, wedge-shaped residential tower addressed to 396 QQW that would be built above the northwest portion of the existing parkade and rising to a height of 21 storeys. It would comprise 163 units. The second element is a 4-storey residential addition to the façade of the parkade facing QQW, adding 18 units above the Shoppers Drug Mart and screening the garage from the public realm. The third component is a 21-storey residential addition to the north end of the 390 QQW tower, adding 58 residential units and laundry facilities on each floor (residents of that building currently travel to a central laundry on the second floor). 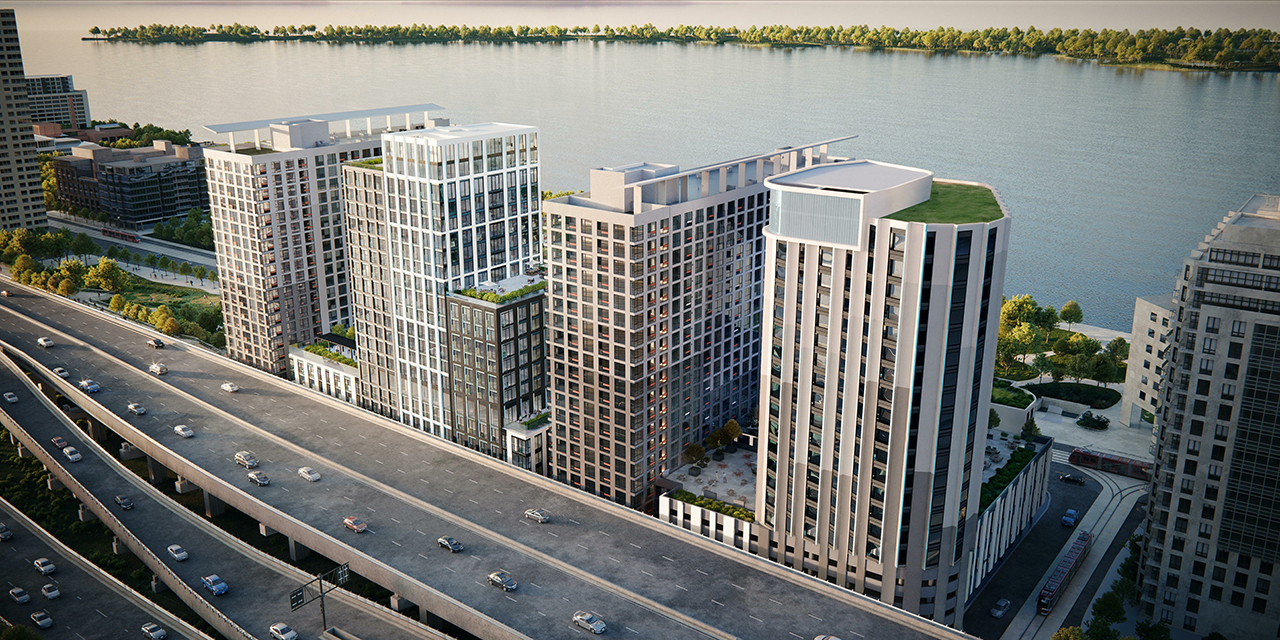 Looking southeast to The Quay, image by BDP Quadrangle for Pacific Reach Properties 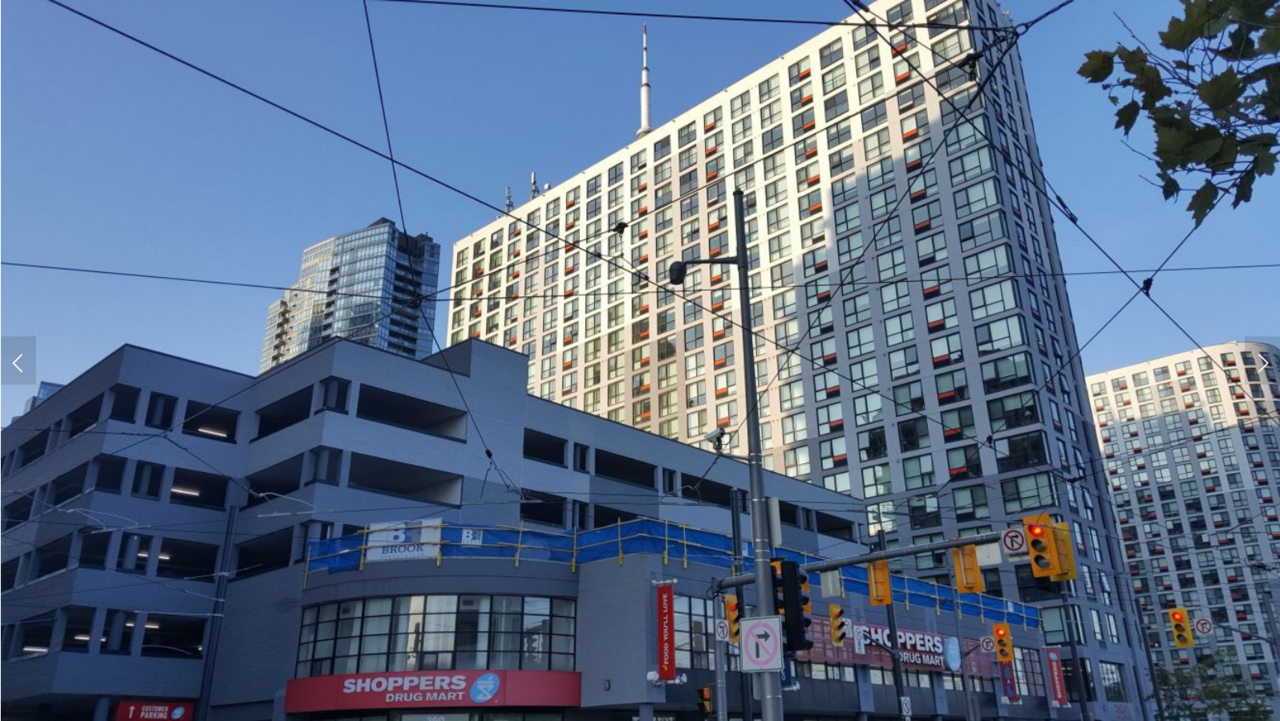 Looking northeast to the current conditions at the west end of The Quay, image via Brook Restoration

The design takes advantage of the parkade’s adapted rooftop to offer residents 500 m² of outdoor amenity space, and 514 m² of indoor amenity space located within the new residential tower. Residents will also have access to existing on-site amenities which serve The Quay complex. 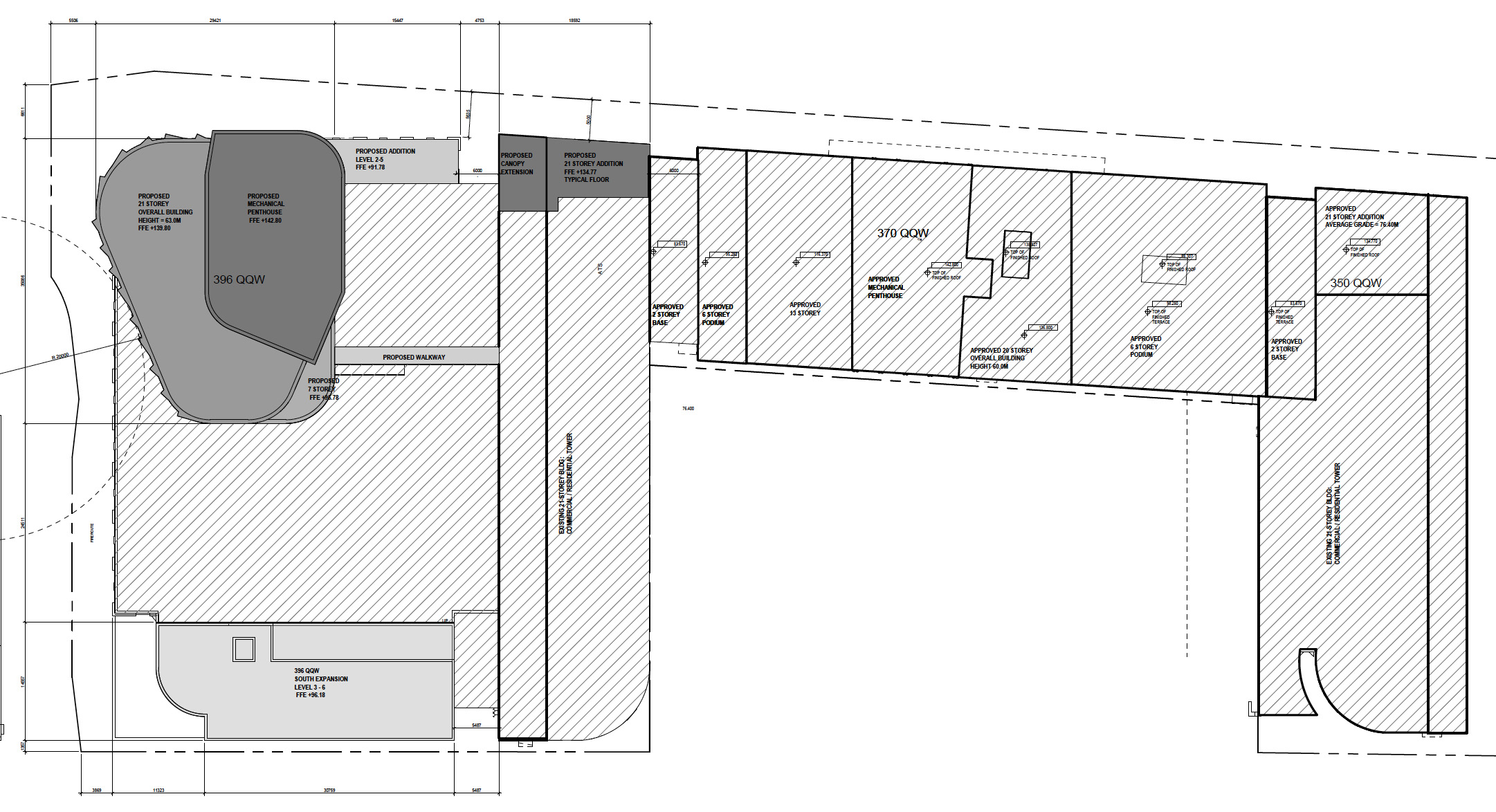 The proposed development will add 1.53 FSI to the subject site, for an overall density of 8.96 FSI, including 432.3 m² at the easternmost portion of the site which will be dedicated as parkland.