Developer Hines has kicked off construction for the first building in their T3 Sterling Road mass timber-framed office complex in Toronto’s Junction Triangle neighbourhood. The much-anticipated development, designed by Chicago-based DLR Group working with Toronto-based WZMH Architects, began construction a little earlier this year but made things official this morning with a ceremonial ground breaking at the project site a block south of Bloor Street West near Lansdowne Avenue. 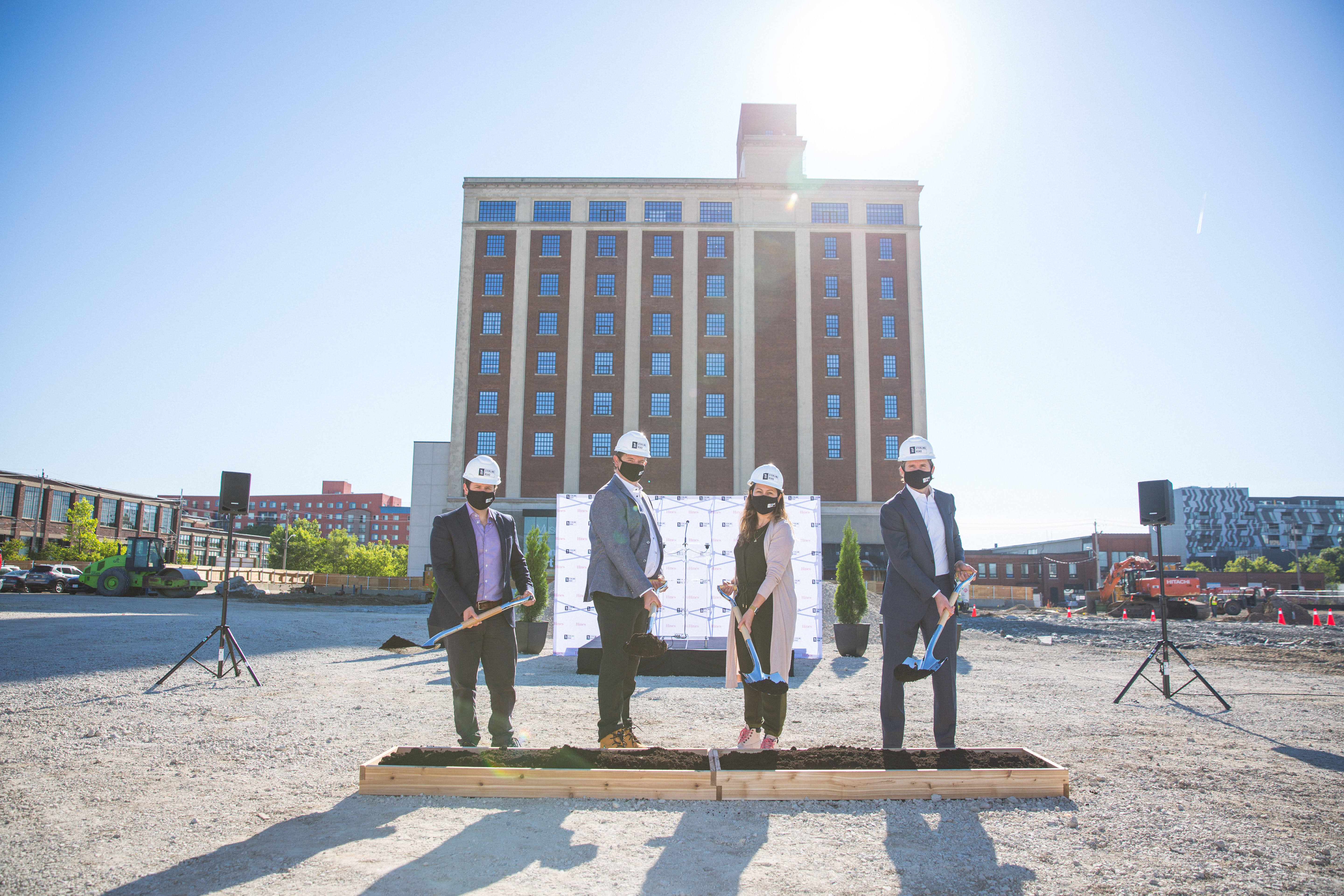 T3 Sterling Road—with the name representing Timber, Transit, and Technology—marks the second Toronto addition to Hines’ global portfolio of mass timber developments under the T3 banner. The Sterling Road project follows on the heels of the recently-started T3 Bayside, which will soon rise above grade in the city’s East Bayfront area. “The groundbreaking of T3 Sterling Road is a testament to our belief in Toronto’s office market,” reads a statement issued by Syl Apps III, Senior Managing Director for Hines. (Apps is also the grandson of former Leafs legend, Olympian, and later Ontario MPP Syl Apps). “Hines’ strategy has always been to invest in and deliver best-in-class, amenity-forward office spaces in key neighbourhoods, including right here in the trendy and vibrant Junction Triangle of Toronto. We’re proud to be bringing the T3 model to Toronto for a second time. It’s a concept that has a proven track record worldwide in helping our tenants attract and retain talent.” 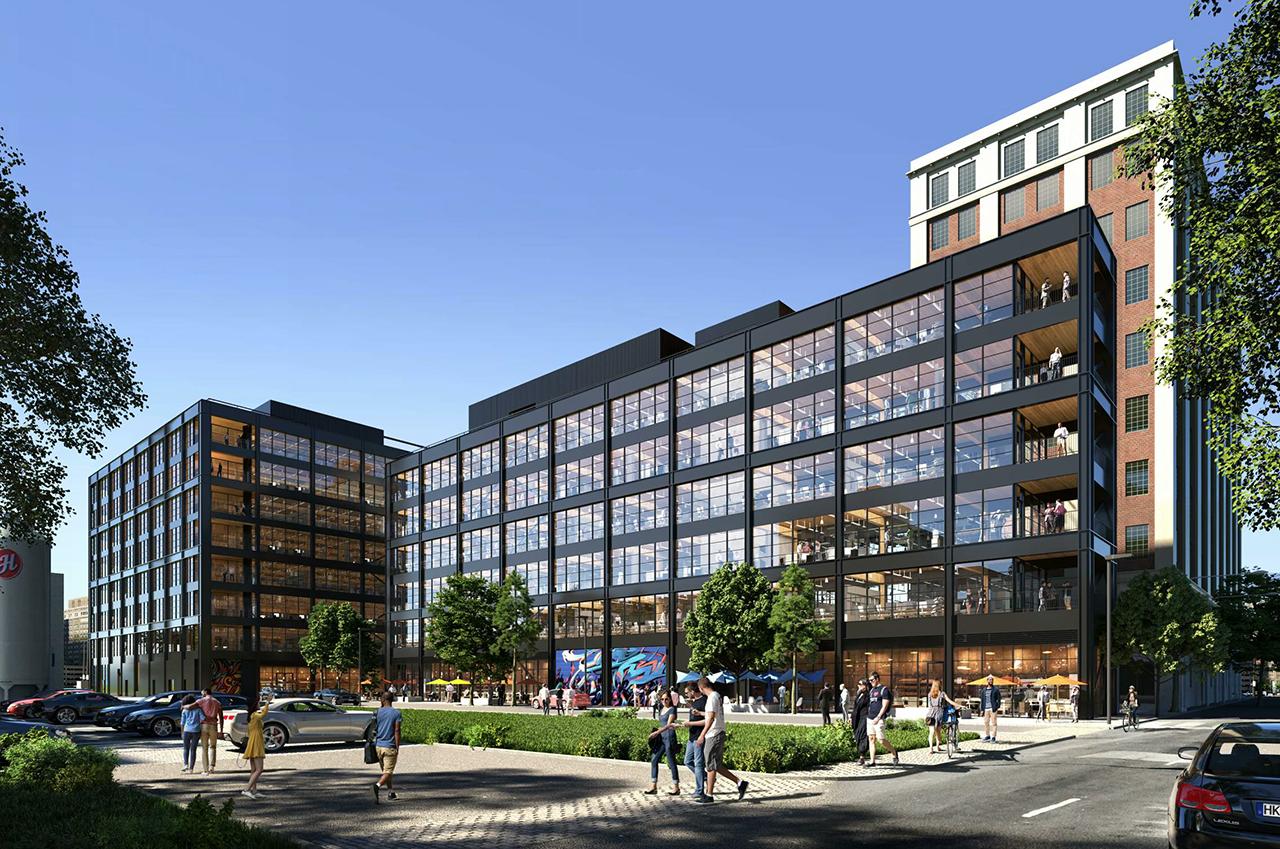 The latest office project ground breaking marks the third such event for Hines since March, 2020, which also began construction on the CIBC SQUARE North Tower this year. Hines’ trio of current projects represent 2 million ft² of new office space for Toronto. “We have long since recognized the viability of Toronto’s office market and, as the city continues to grow, we believe that highly amenitized office spaces will continue to perform well in the long-term,” reads a statement by Michael Tsourounis, Senior Managing Director and Co-Head of Private Real Estate Investments, Hazelview Investments. “Being part of the collaboration with Hines to bring world-class offices that set new standards in building sustainability is part of who we are. It’s an exciting day to see this project start to come to life.” 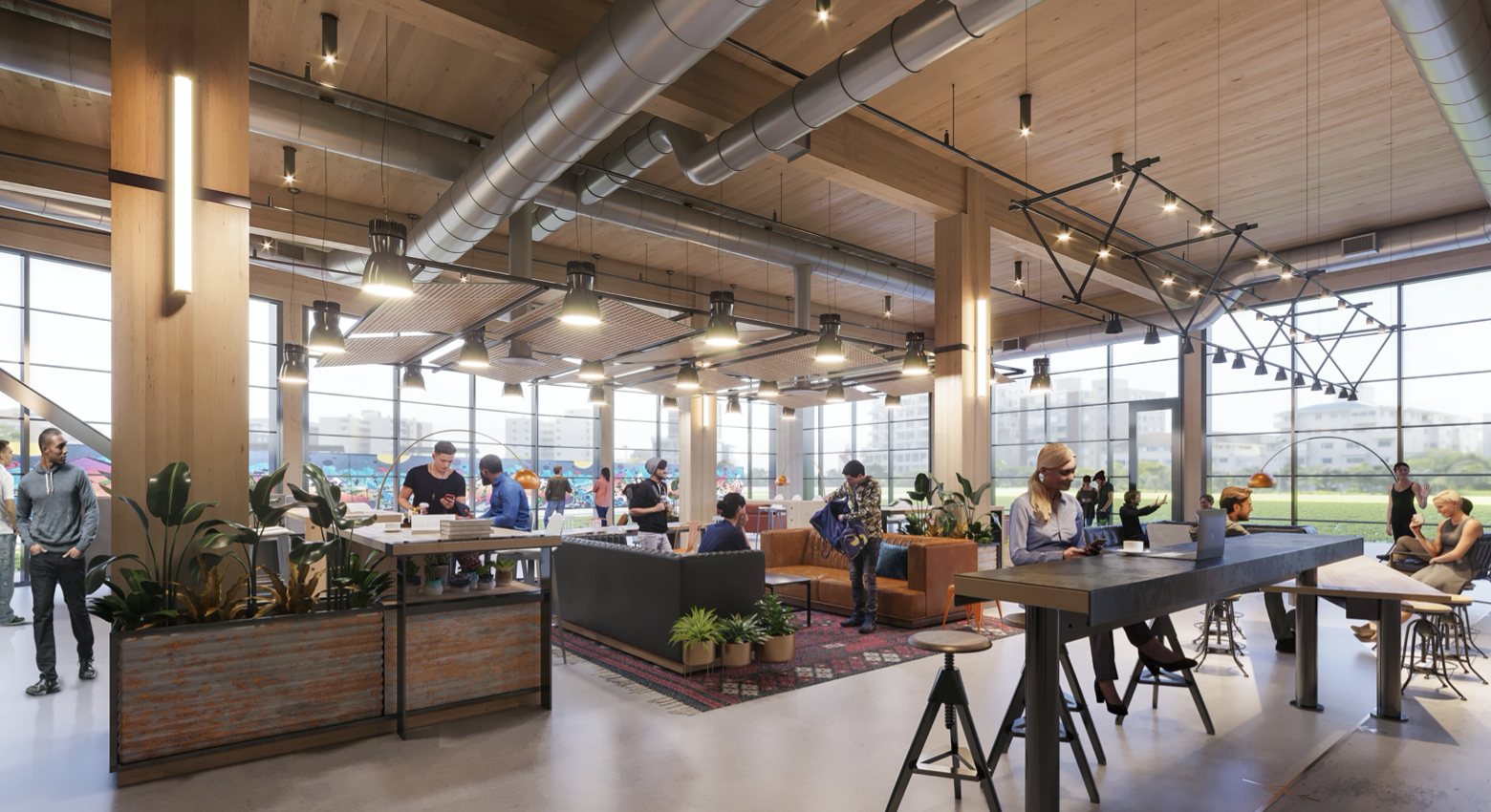 Today’s limited-attendance, socially-distanced event was attended by representatives of Hines and their development partner Hazelview Investments, as well as Toronto Deputy Mayor Ana Bailão, who said “The official start of construction at T3 Sterling Road is an important milestone for the vibrant Junction Triangle, a growing neighbourhood that is one of the most highly connected in our city. The new mass timber project will sustainably contribute to the growth of this area not only through new employment and retail, but through much-needed improvements to the public realm. This includes new parks and improved roadways that will make connectivity safer and more accessible for all.” 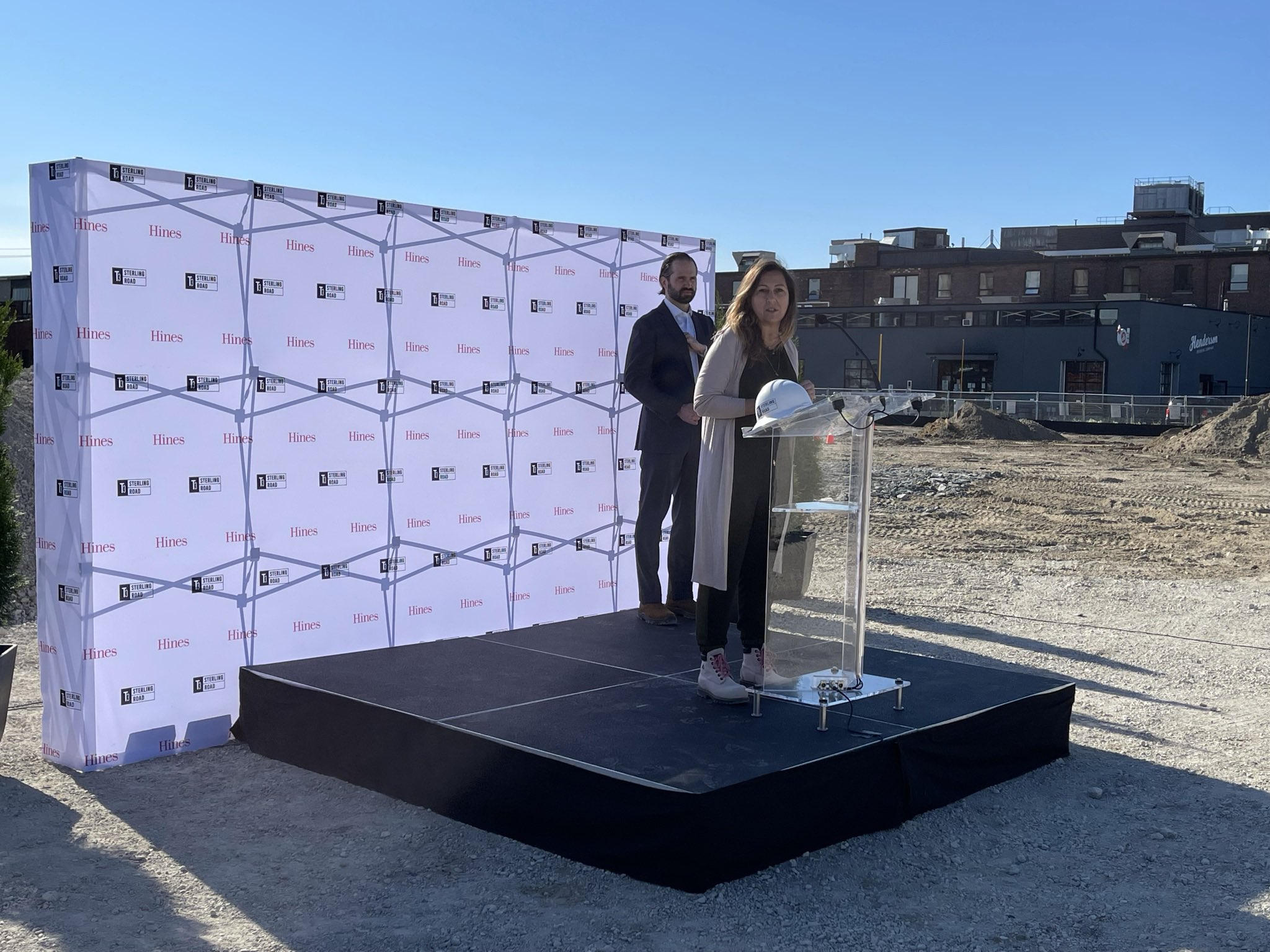 Remarks were also prepared by Mayor John Tory, who stated “Breaking ground on new office buildings in Toronto is always an exciting moment for the city as it demonstrates the continued growth we are seeing here and the stable creation of office space that we need to address the demand for businesses who are coming here and calling Toronto home. I want to thank Hines for investing in Toronto and for building up our city and attracting jobs. By focusing on new office space that is developed near transit we are able to build stronger communities that are set up for success. I look forward to seeing these buildings come to life and the many businesses and employees that they will attract.”

The Sterling Road complex will eventually consist of three buildings with a combined 415,000 ft² of space, designed with health, safety, and wellness top of mind. Partnerships with The Well Living Lab, Delos, and the Mayo Clinic will allow for advanced technologies that reduce the risk of respiratory virus transmission throughout the workplace. The project is also targeting LEED and WELL certifications, and will have an open green space and park co-programmed with the adjacent Museum of Contemporary Art (MOCA).