A development proposal has been submitted by Lamb Development Corp to the City of Toronto for a flatiron-shaped mid-rise building at Dundas Street West and Howard Park Avenue in Roncesvalles Village. Addressed to 6 Howard Park Avenue, currently onsite is an automobile service and repair shop and its associated surface parking which takes up around 60% of the site. 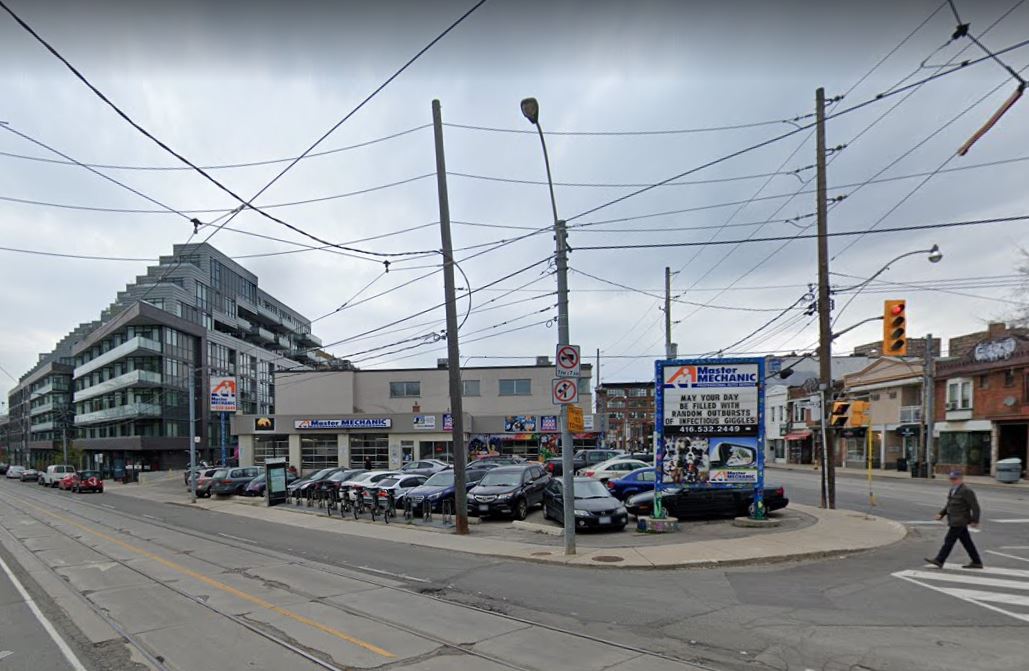 Requiring an Official Plan Amendment (OPA) and Zoning By-law Amendment, the proposed architects—Alliance-designed 10-storey mixed-use building would have 8,130 m² of residential gross floor area, made up of 60 studio units, 44 one-bedrooms, 11 two-bedrooms, and 13 three-bedrooms. The proposal also has 331.00 m² of retail space on the ground floor that faces both Dundas and Howard Park, though the plans indicate only one door for the space along Dundas. 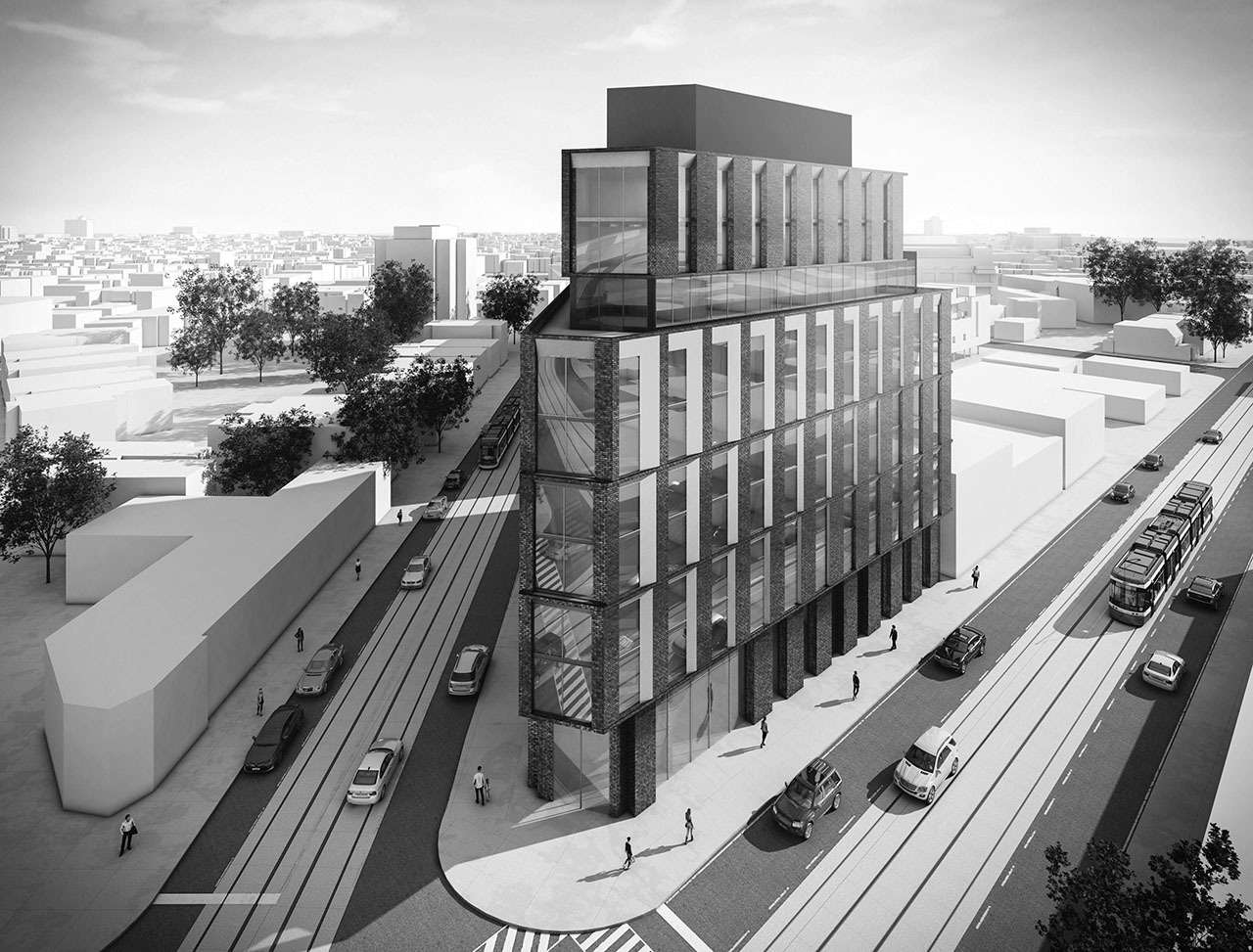 The design creates a 7-storey street-wall infused into the flatiron building before stepping back on the eighth floor, and—according to the planning rationale—reflects the new character of Dundas Street West as it becomes more of a main street, similar to how other recent redevelopments along Dundas in the West End have been handled. The design also provides for widened sidewalks along both streets, while introducing high-quality retail space with views to both streets. 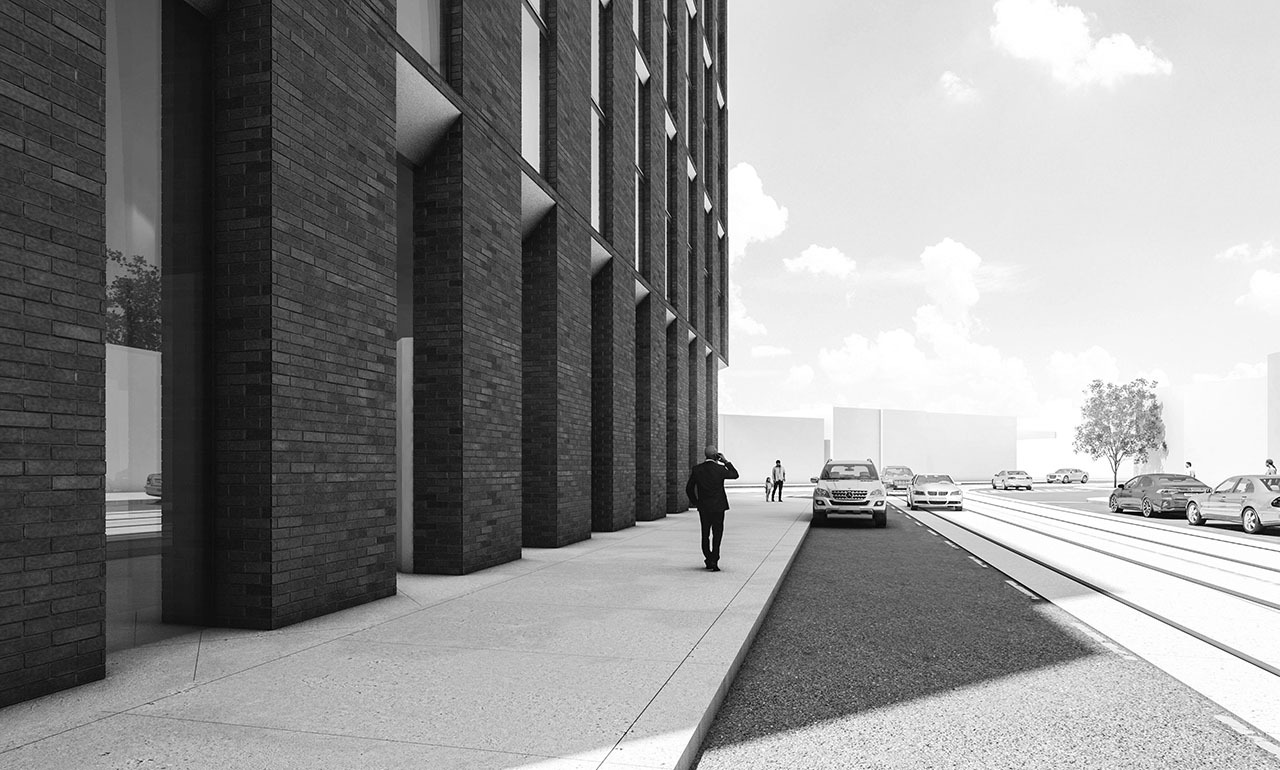 The residential lobby would be accessed from the sidewalk along Dundas, while servicing would be via a lane just off of Howard Park. A pair of car elevators accessed from the lane would access a 3 level underground garage of 40 spaces, including 8 electrical vehicle spaces. The underground garage would also house 116 long-term bicycle parking spaces and 13 short-term spaces. Vehicular access to the proposal would come from a private laneway accessed from Howard Park Ave. 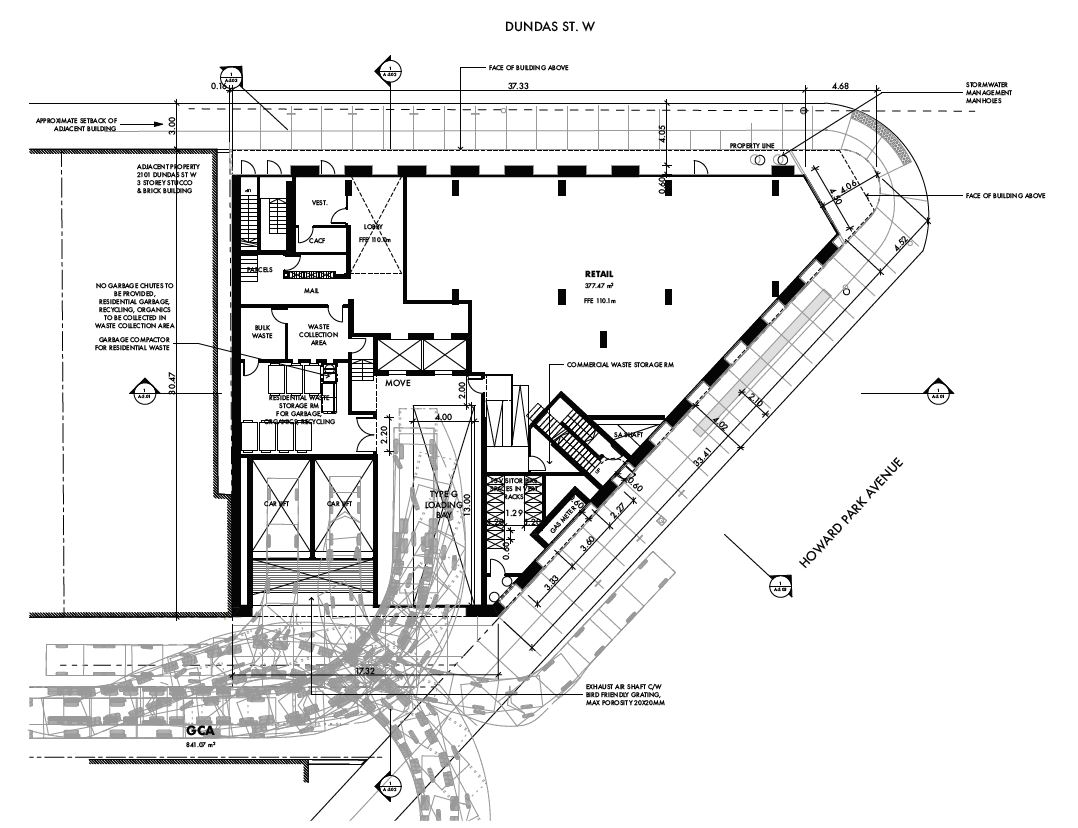 The site is served by both the 505 Dundas streetcar and the 506 College car, and is close to the 504 King streetcar. The lines lead to several TTC subway stations with Dundas West being only a short ride away, or 10-minute walk. Nearby Dundas West is Bloor GO and Union-Pearson Express station. 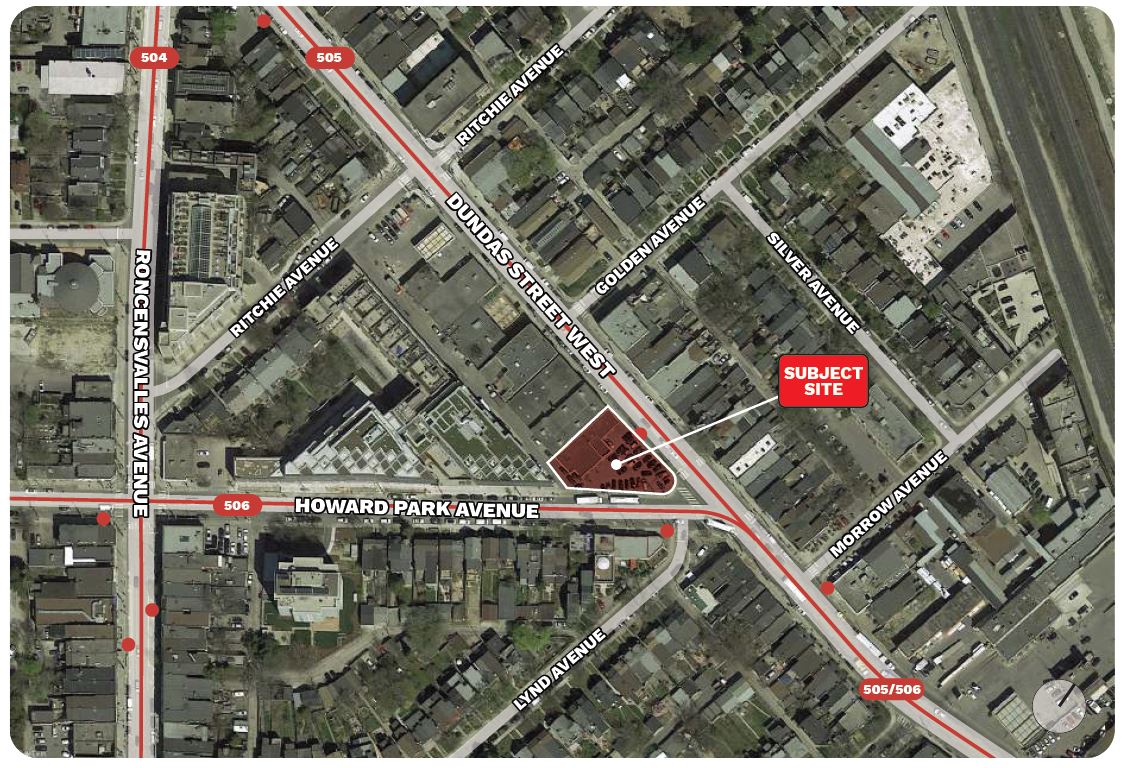 Recent nearby redevelopments have also intensified under-utilized lots, including the Howard Park Residences Condos at 36 and 38 Howard Park Avenue immediately to the west, which also include retail at street level.