The latest version of a mid-rise residential proposal in Etobicoke has landed on Toronto Planning Staff’s desks. After the initial Zoning By-law Amendment application was filed in 2011, numerous revisions through 2017, and an appeal to LPAT, a settlement was reached between the City and the former owner of the site in March, 2020, with the Markland Wood Homeowners Association giving their blessing as well. Now, a newly revised application submitted by new site owner Carttera Private Equities describes the design revisions that have since been made providing improved compatibility with the surrounding area. 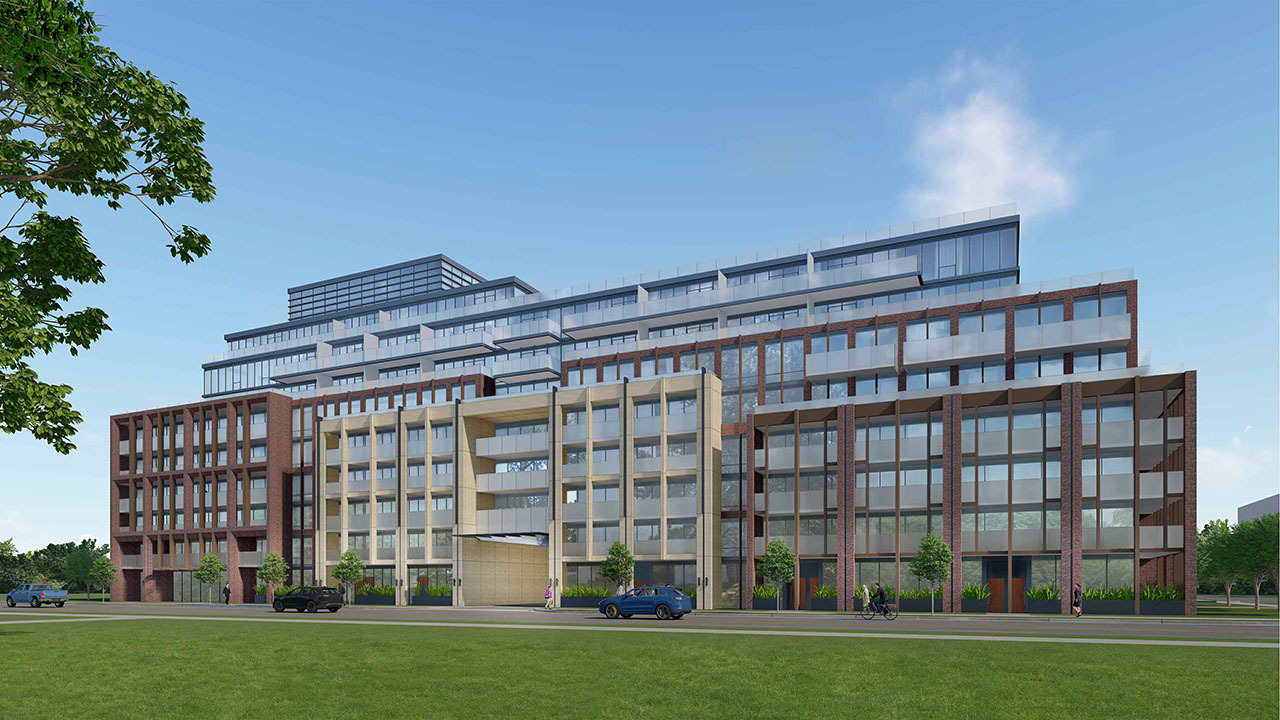 Looking southeast across Bloor Street to the proposal, image prepared by IBI Group

The L-shaped site addressed to 240 Markland Drive, is located at the southeast corner of the intersection of Bloor Street West and Markland Drive, within an early planned community built mostly in the 1960s. It is occupied by a 10-storey, slab-style 113-unit apartment building with associated surface and underground parking facilities. 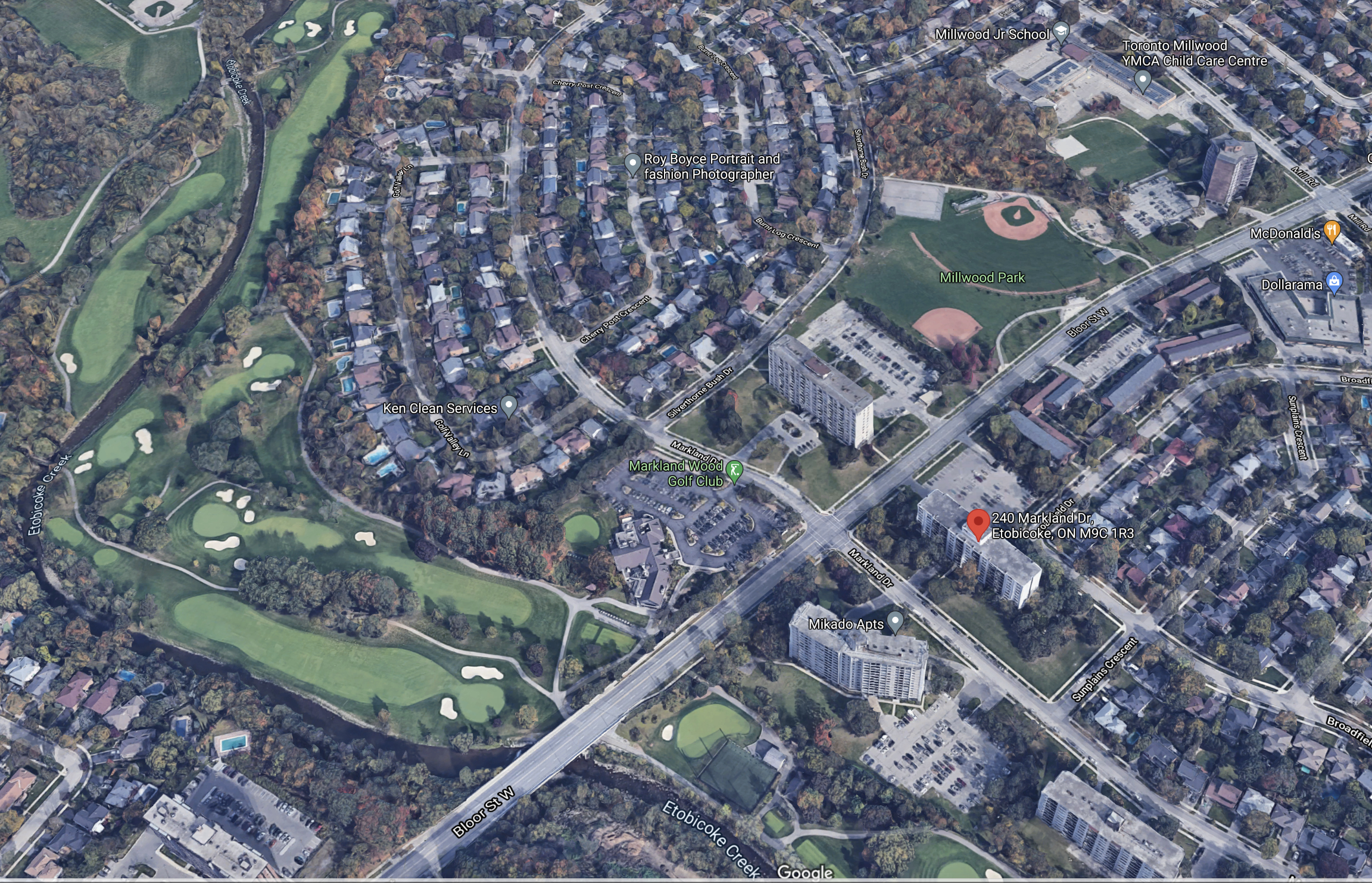 Location of the site on Bloor, a few hundred metres east of the crossing into Mississauga, image retrieved from Google Maps 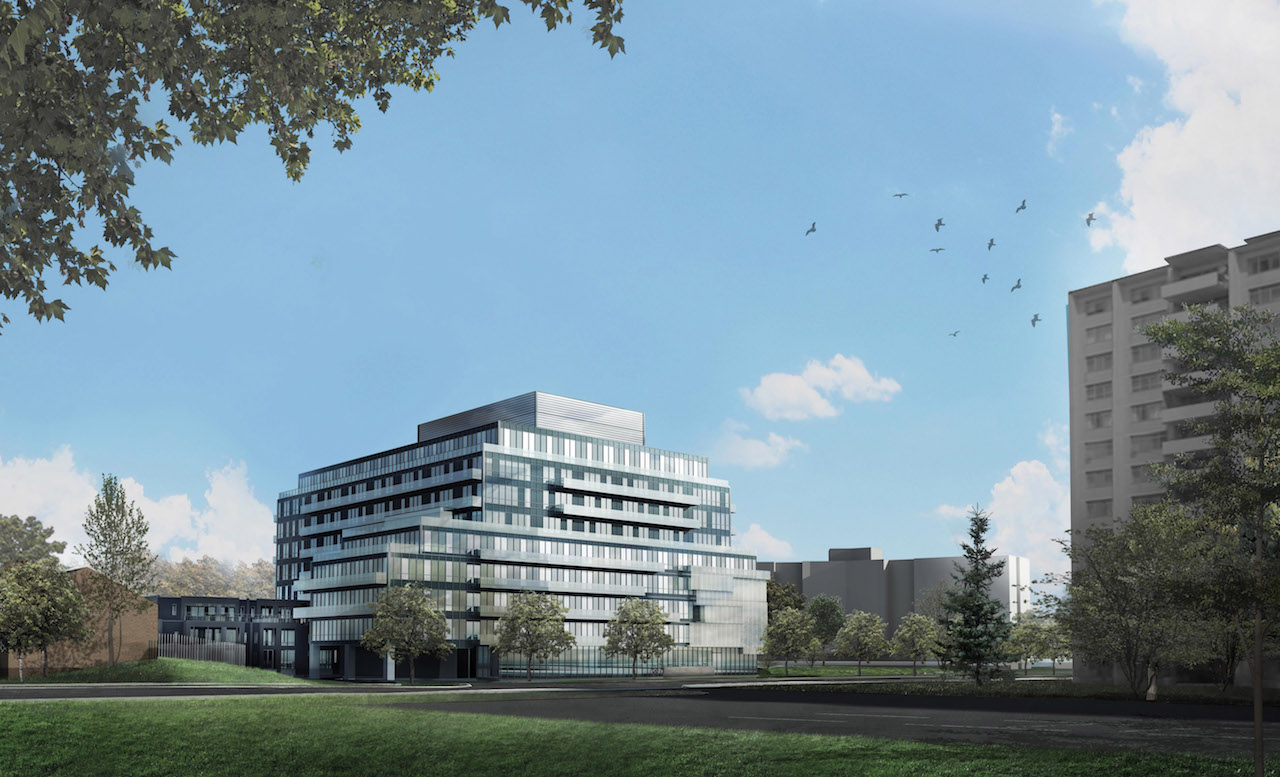 Looking southwest to the 4th version of the proposal, submitted to the City in June 2017, image by Chu Architects

Since then, with Carttera having acquired the site, newly retained architects IBI Group have provided a redesigned proposal that continues to reflect the intent of the LPAT decision and the Minutes of Settlement that were entered into by the former owner, and further improves upon the Settlement Proposal in light of resident feedback. 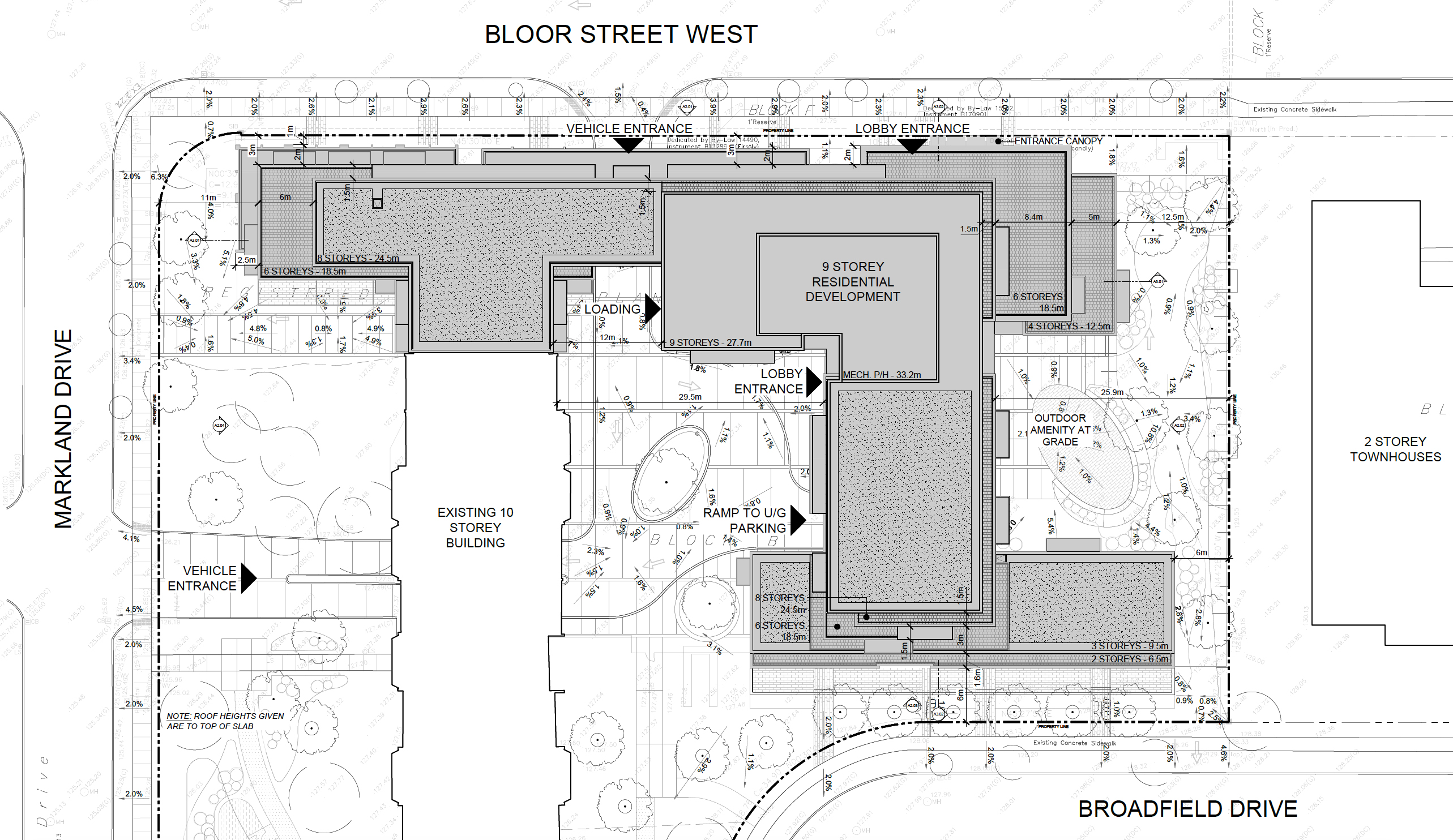 In terms of the overall design and built form, the current proposal extends the Bloor Building westward to abut the existing building and replaces the Broadfield Townhomes with a 3-storey portion of the Bloor Building. It removes the Sunplains Building and replaces this area with landscaped outdoor space facing the 2-storey townhouses to the east.

In response to feedback from City Staff, the façade was redesigned to replace the glazing/spandrel with more solid materials such as brick and adjust the balconies to create the look of multiple buildings along Bloor Street. Indoor amenity spaces are consolidated on the ground floor into a single space, which is contiguous with the outdoor amenity space. In addition, the lobby entrance was raised to grade level, for a more appropriate street relationship, without increasing the building’s overall height.