ELAD Canada‘s Galleria on the Park mixed-use community at Dupont and Dufferin kicked off last year with a ground breaking ceremony, the first official construction step in the redevelopment of the 1972-opened Galleria Shopping Centre in Toronto’s West End. While the ceremony occurred last year, the site has been active since late 2019, when demolition commenced on initial sections of the mall. Since then, construction has advanced on the community’s initial pair of towers, Galleria 01 and 02. These Core Architects-designed buildings are to rise 24 and 29 storeys at the west end of the 20-acre master-planned community, hugging the curving alignment of Dupont Street. 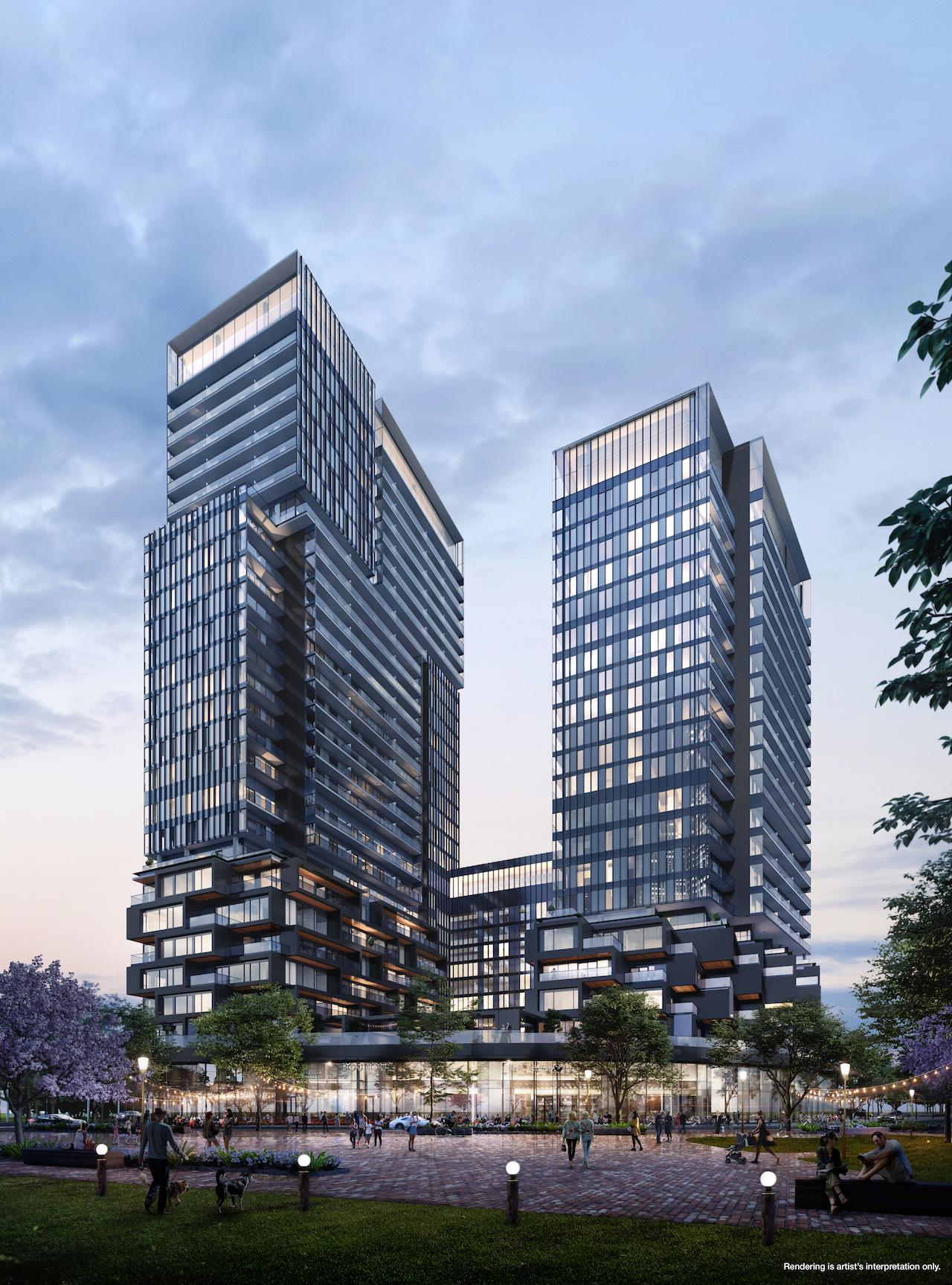 We last checked in on construction in February when a tower crane was installed on a concrete pad just beyond the shoring walls of the excavated pit. In the time since, forming of the complex’s foundations has visibly progressed, and another construction milestone was reached when in mid-June when a second crane was installed within the base of the pit. 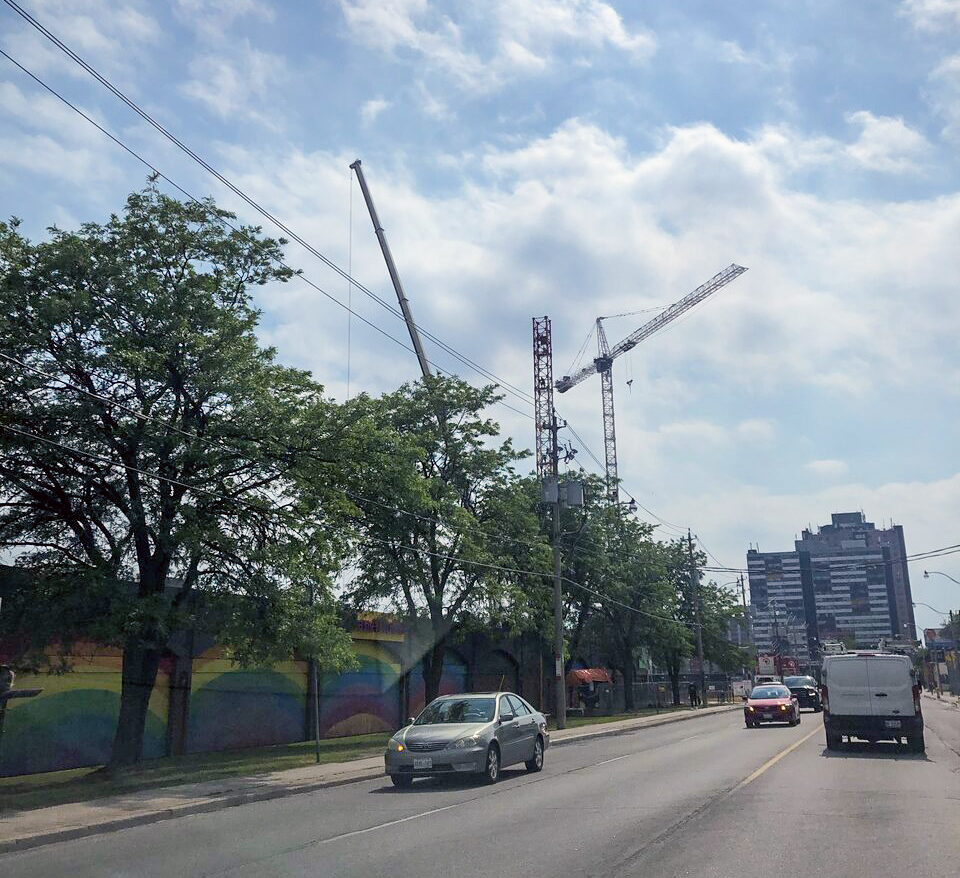 Earlier this month, a third tower crane was installed atop a concrete pad beyond the southwest edge of the pit. 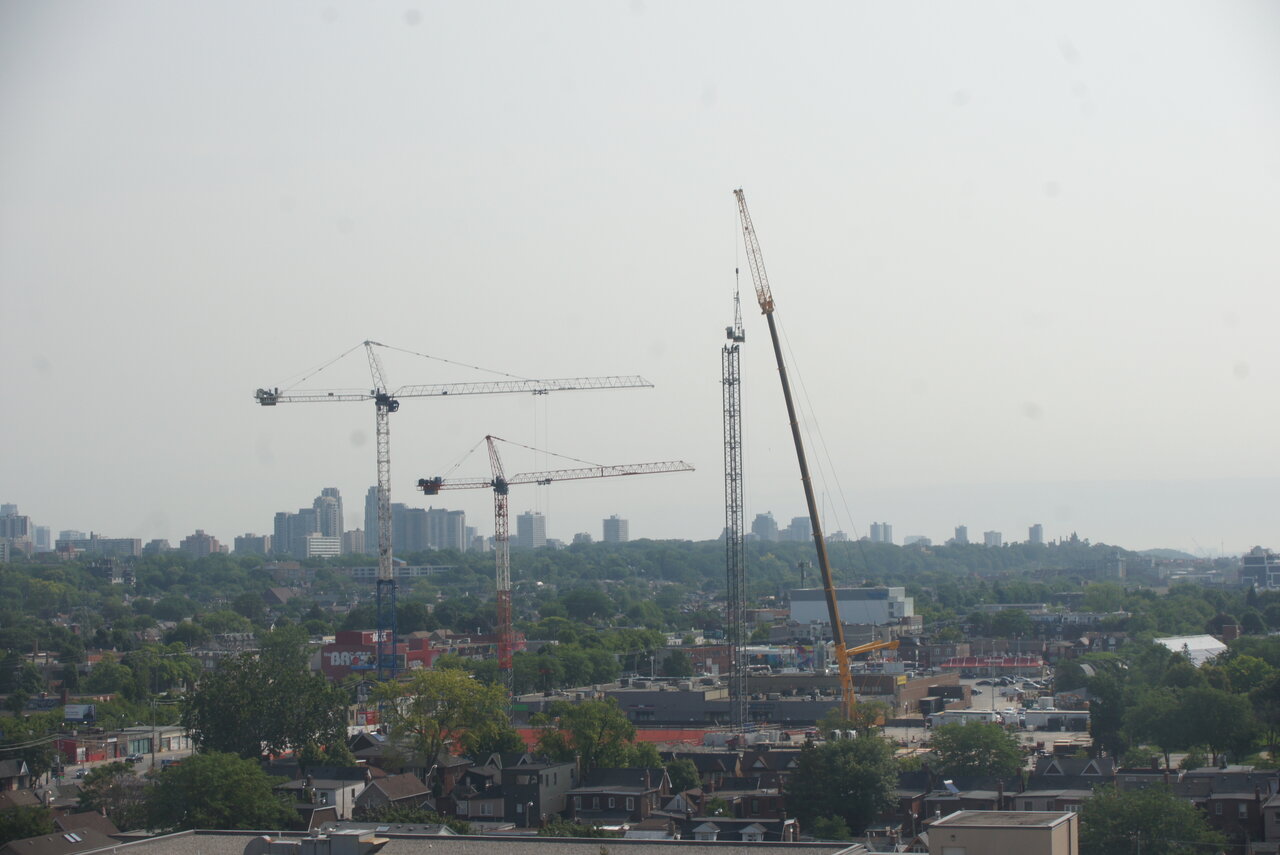 To commemorate these milestones, developer ELAD produced a video documenting the crane installation process with a combination of ground, aerial, and time-lapse photography.

With three cranes in place, the speed of below-grade forming will increase noticeably in the coming months, as crews work to build out the five underground parking levels. 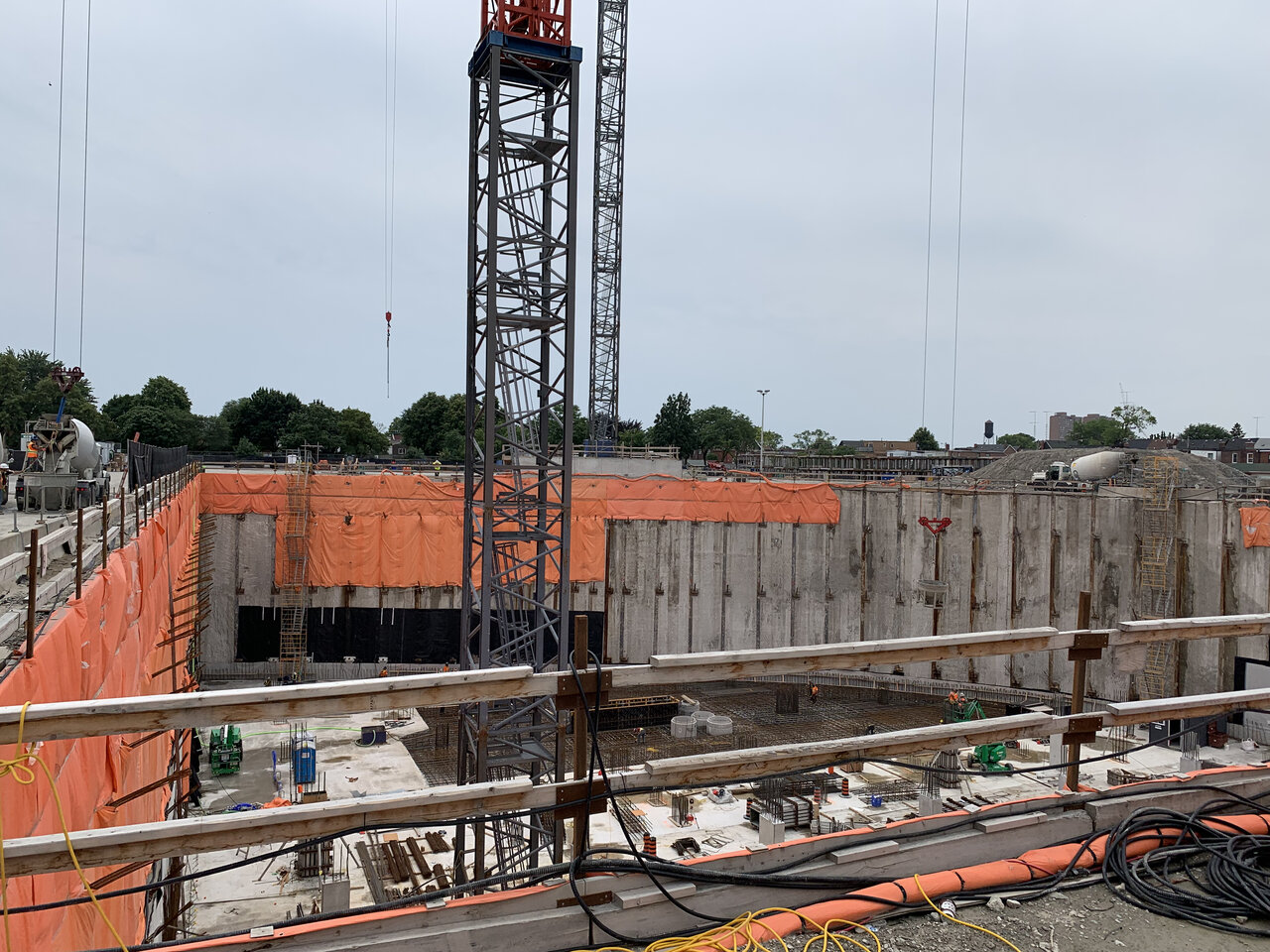 Galleria 01 & 02 will bring 634 homes to the community, while sales continue for the next building in the master-planned community, known as Galleria III. The 31-storey Hariri Pontarini Architects-designed third tower will act as part of a northeastern gateway to the wider Galleria site at Dupont and Dufferin streets, bringing another 429 condominium units to the community. 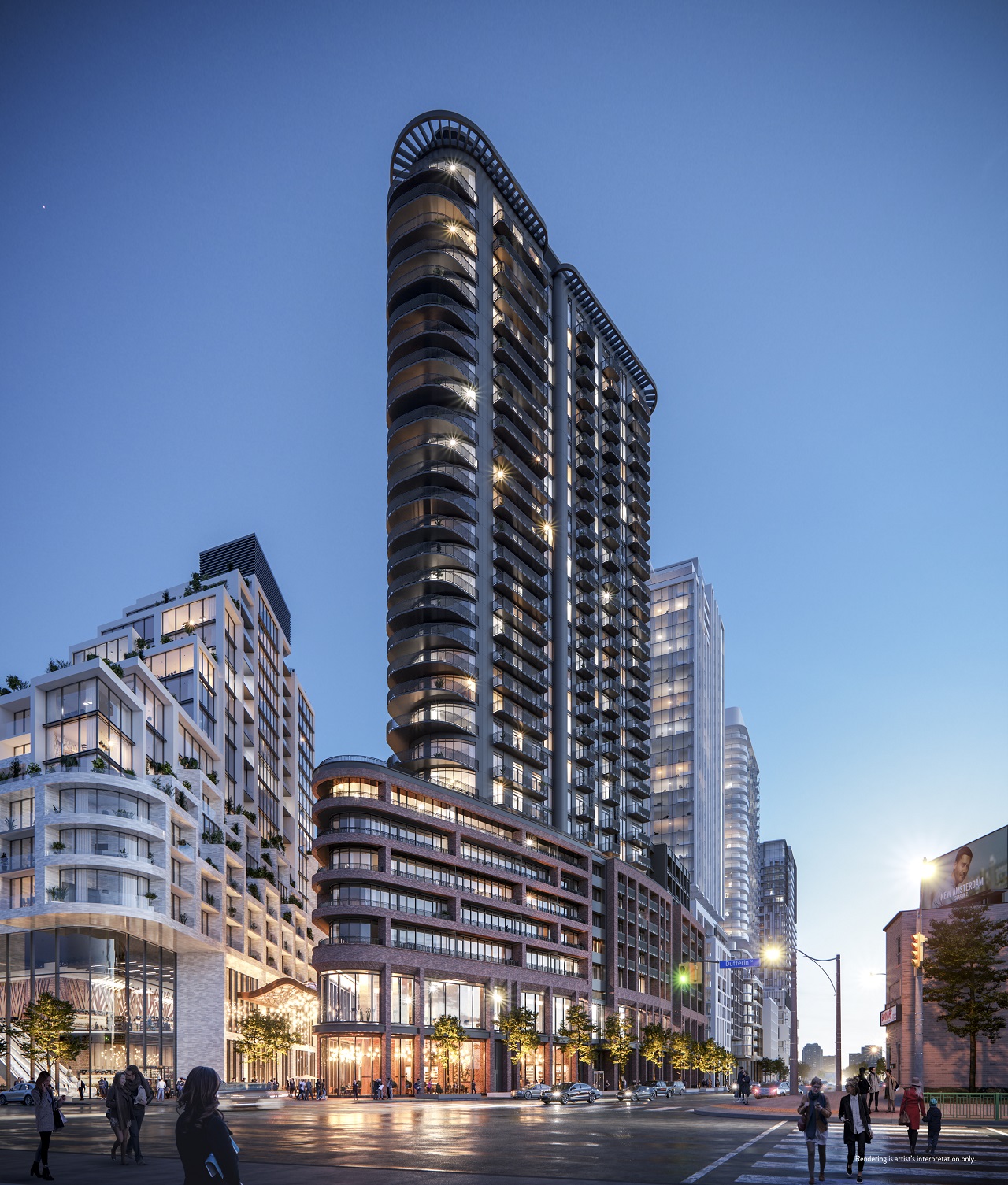