Concord Adex‘s Concord Park Place community in North York is already home to its first eight condominium buildings, while two more towers ascend into the mix, another two are about to, a pit is being dug for yet another, and plans are progressing for more along the northern edge of the site. The master-planned community on Sheppard Avenue East between Bessarion and Leslie subway stations also recently welcomed a a new City park, while another important community amenity is now on the way at the northwest corner of the community, immediately adjacent to Bessarion station. 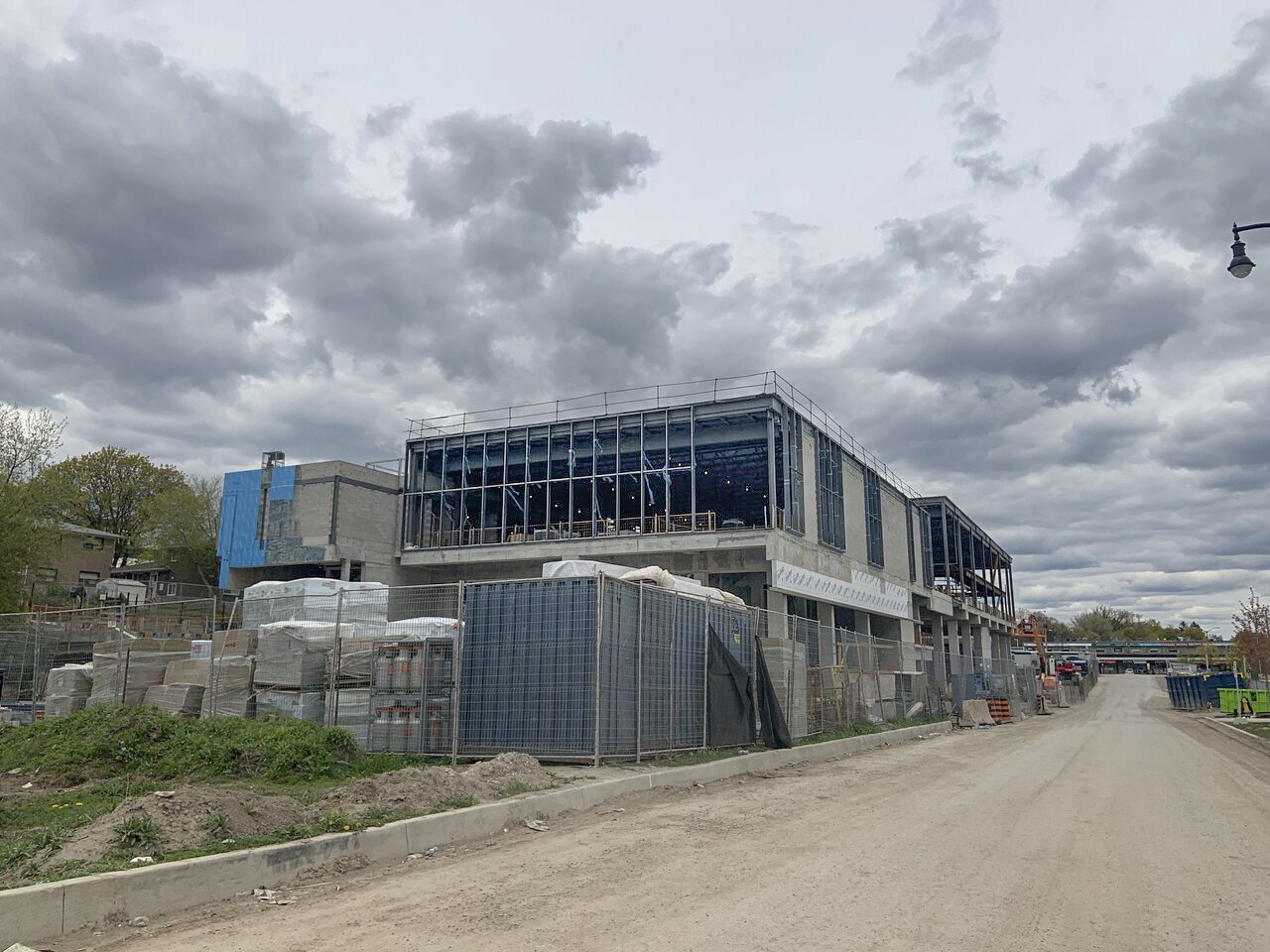 Construction activity on the Bessarion Community Centre was first spotted in September, 2018, with the arrival of shoring rigs marking the start of the MacLennan Jaunkalns Miller Architects-designed, four-storey facility. Excavation followed into early 2019, carving out space for a new Toronto Parking Authority underground lot, with a crane in place by May of that year and a second crane following soon after. By mid-2020, forming had reached grade, the speed of construction having been affected by COVID-19 public health-related work restrictions and stoppages. 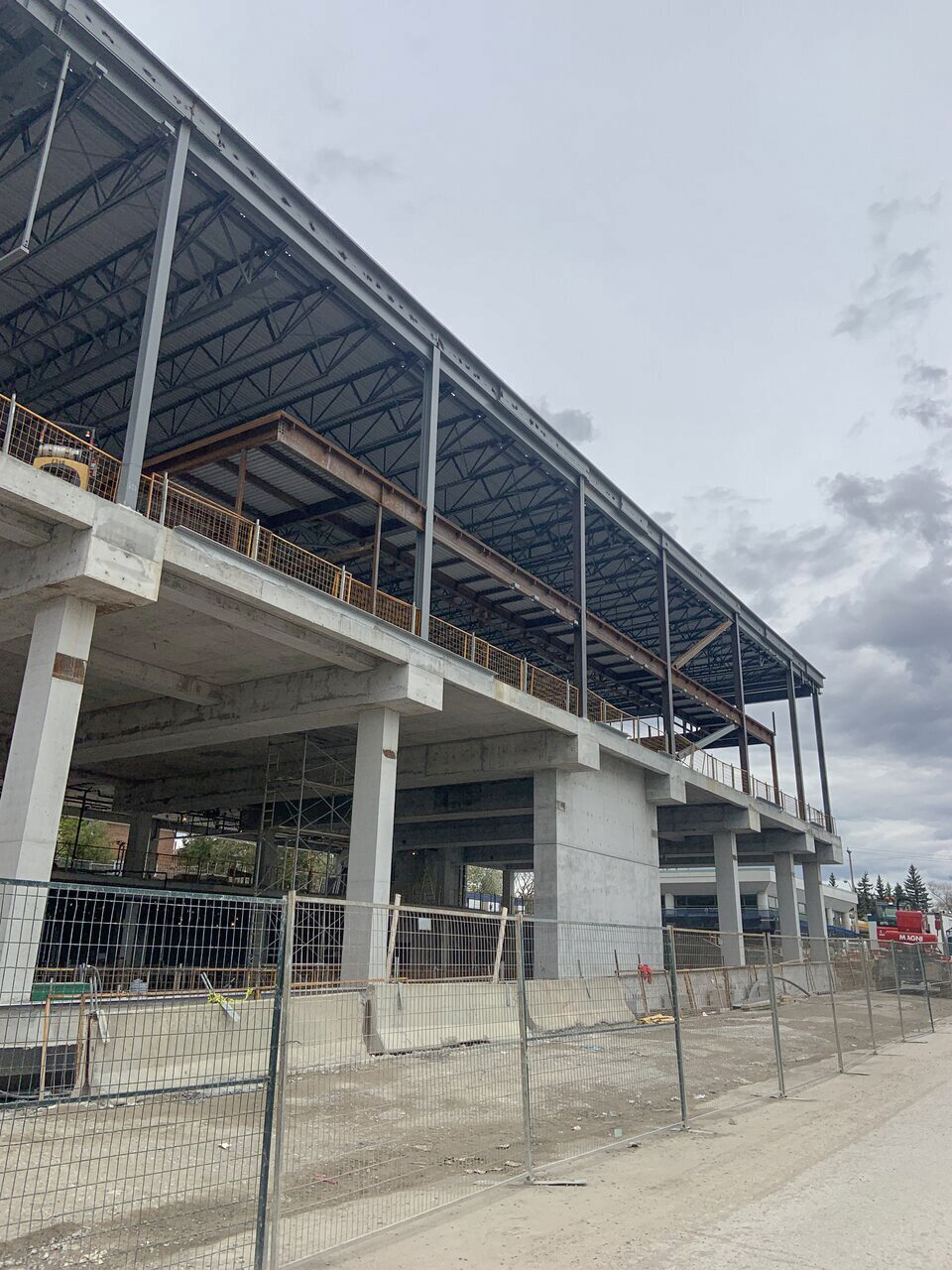 The building had reached structural completion by the start of this year along the yet-to-open Woodsy Park Lane, and the tower cranes were finally removed in March and April with heavy lifting wrapped up. Sections of the hybrid steel and concrete structure are now being bricked in with cinderblocks, as weatherproof backings are applied in advance of the upcoming cladding installation. 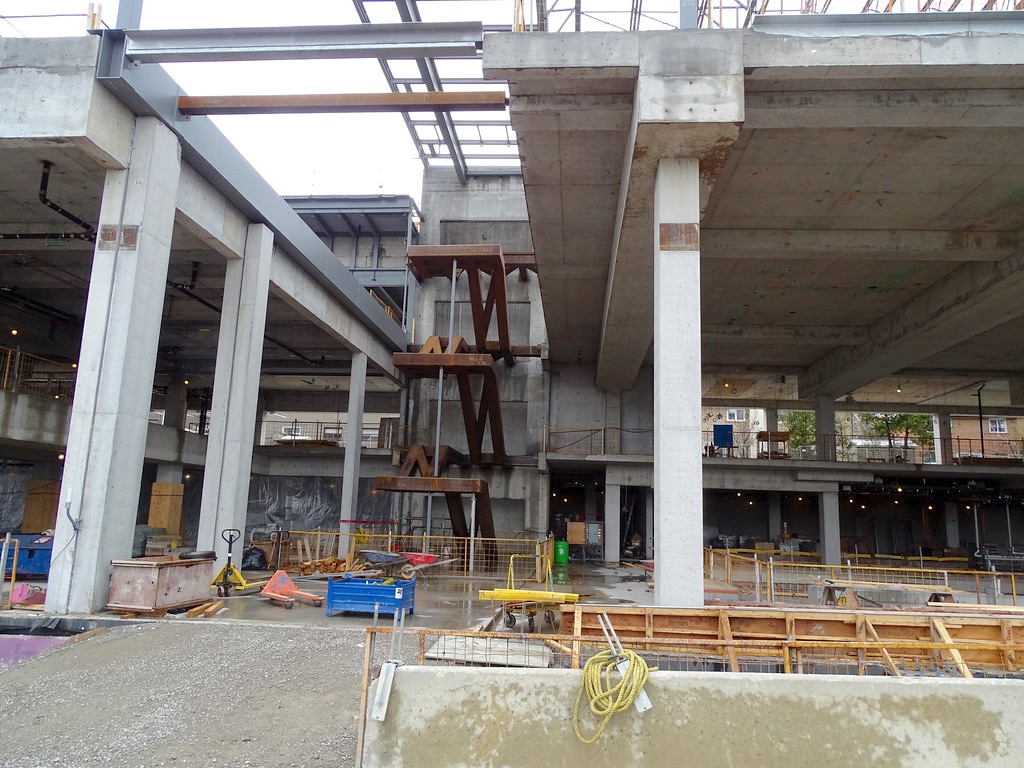 A view into the Bessarion Community Centre to the feature staircase, image by UT Forum contributor drum118

Bessarion Community Centre, image via submission to City of Toronto

Additional information and images can be found in our Database file for the project, linked below. Want to get involved in the discussion? Check out the associated Forum thread, or leave a comment below.