One Building Cleared, Second Coming Down at PRIME Condos Site

Developer CentreCourt has asserted its brand as one of the most prominent suppliers of new condominium housing on the east side of Downtown Toronto. Building upon their Downtown East portfolio, CentreCourt has partnered with Centrestone Urban Developments on their latest condo tower in the area, to rise on the east side of Jarvis Street, just south of Gerrard Street East. PRIME Condos will bring a 45-storey, IBI Group-designed tower to the site, but first, crews are clearing away existing buildings to create a clean slate for the start of construction.

A few years after the pair of three-storey buildings on site were fenced off, the first construction-related activity at the PRIME site was spotted this June with the interior demolition within the former Comfort Inn at 321 Jarvis, and when we last checked in in mid-June, demolition of the structure was in full swing, the latest in a series of hotel properties torn down to accommodate the changing demographics and housing demand on this stretch of Jarvis. A few weeks later, rubble is all that remains of the building, as the site is backfilled for the upcoming arrival of shoring rigs. 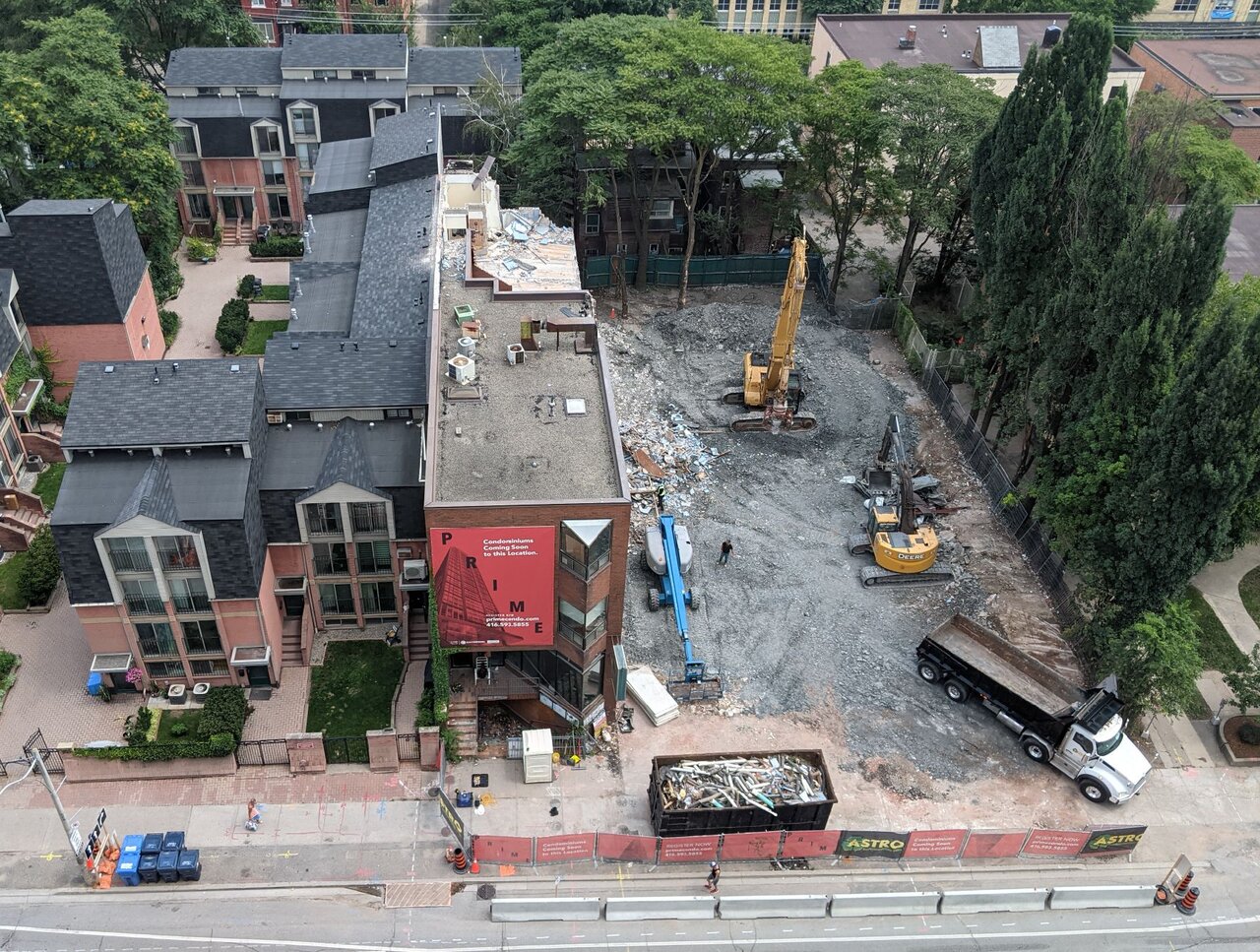 Demolition is now advancing on 323 Jarvis to the north, another three-storey building. Previously home to a mix of retail and residential, it had been shuttered since 2019. The first demolition activity on 323 was spotted in late July, and is now quickly eating away at the exterior walls and structural elements within. 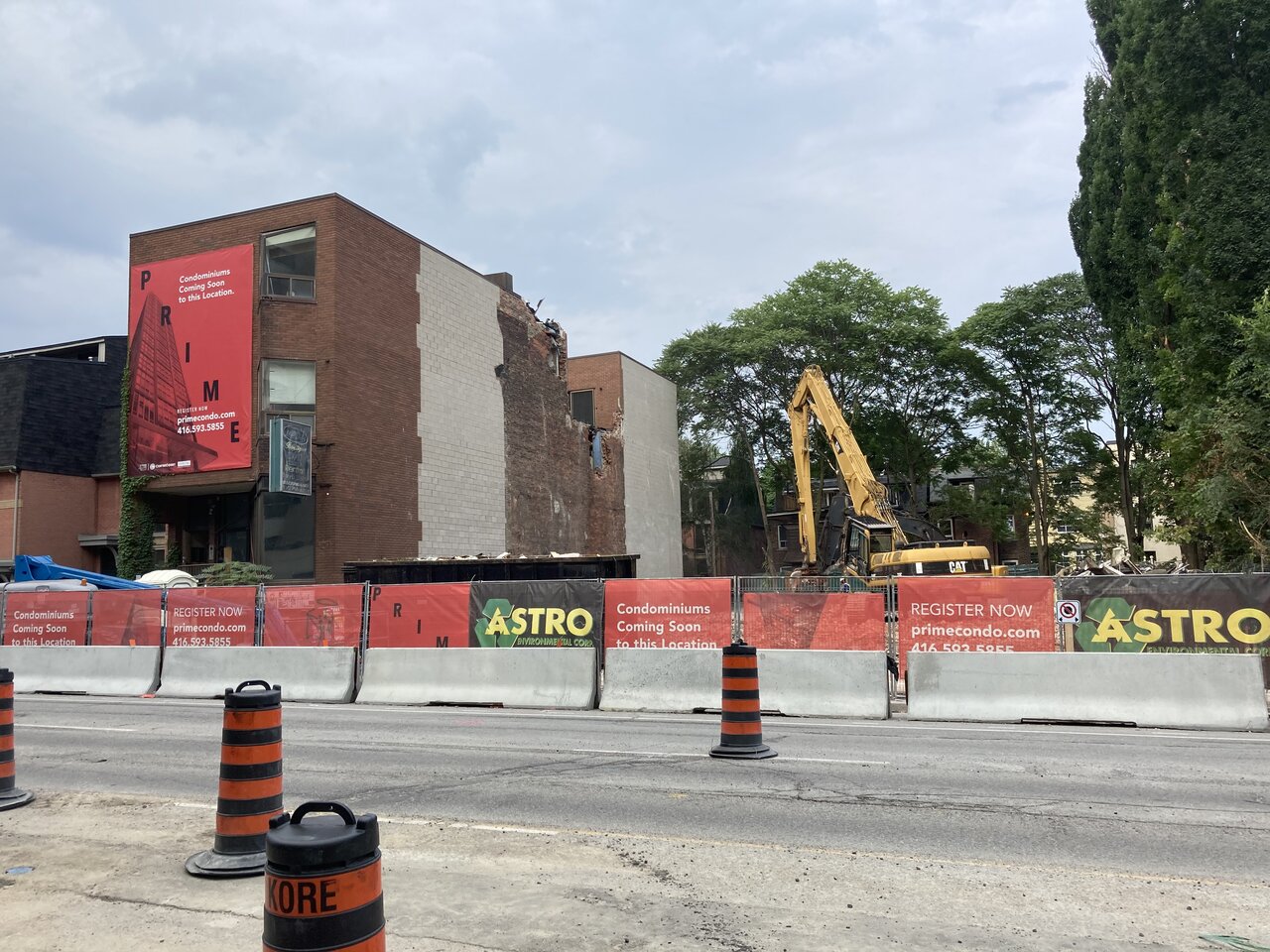 A construction schedule posted in support of a Toronto Community Council recommendation shows that the developers were targeting the end of July for demolitions, a task that has run slightly over its projected timeline.

PRIME marks the fourth building that CentreCourt has begun work on in just one year, with recent demolition or construction starts recorded at other Downtown sites 8 Wellesley, 199 Church, and 55 Mercer. 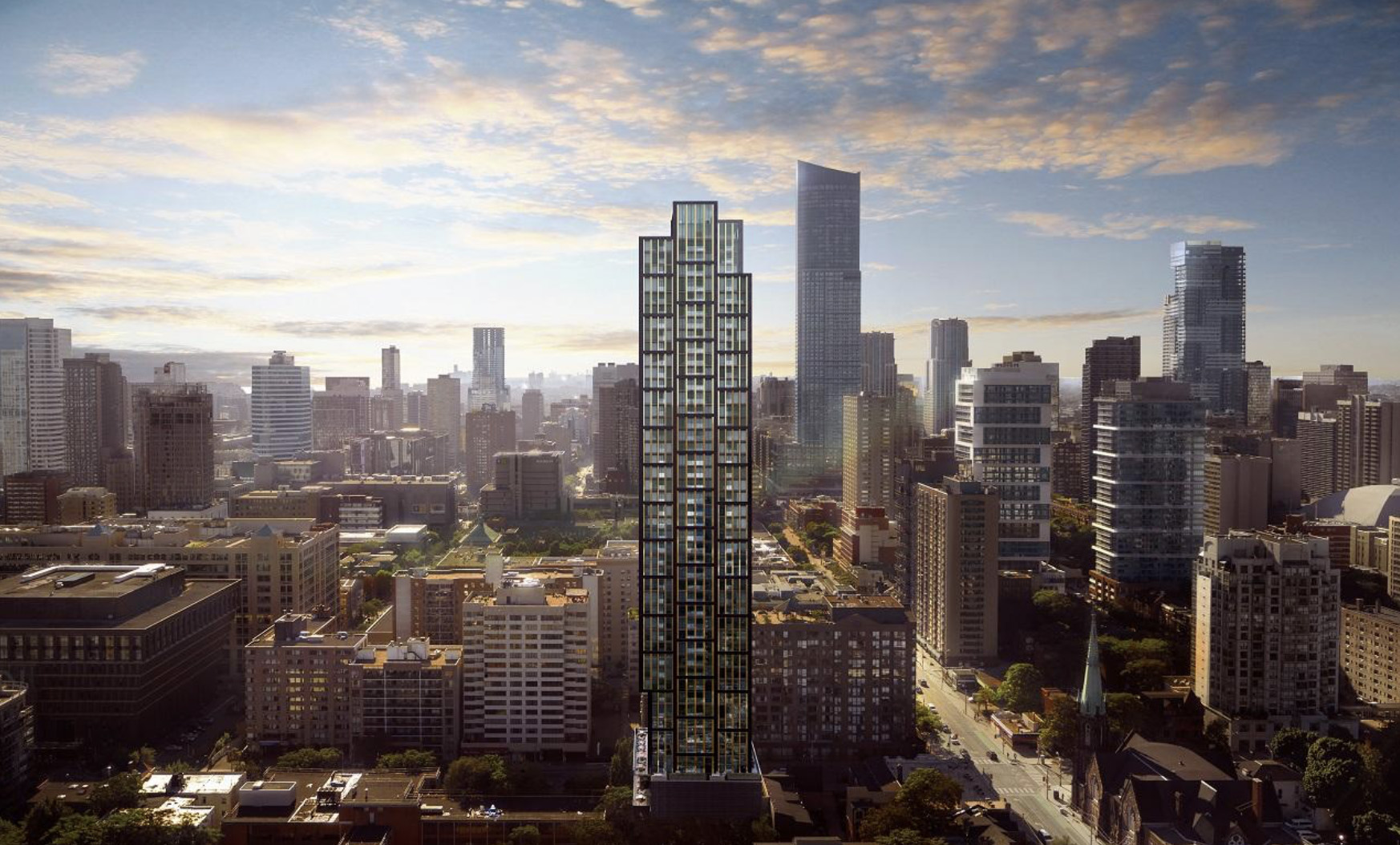