Major revisions have been made to a redevelopment proposal at 5400 Yonge Street in North York, a block south of Finch subway station. Here, Fieldgate Urban is seeking an Official Plan Amendment and rezoning from the City of Toronto to construct a Kirkor Architects-designed mostly residential complex rising to 32 storeys from a 6-storey podium, with retail at ground level. The proposal would replace a 3-to-5-storey office building and a single-family home now on the site. 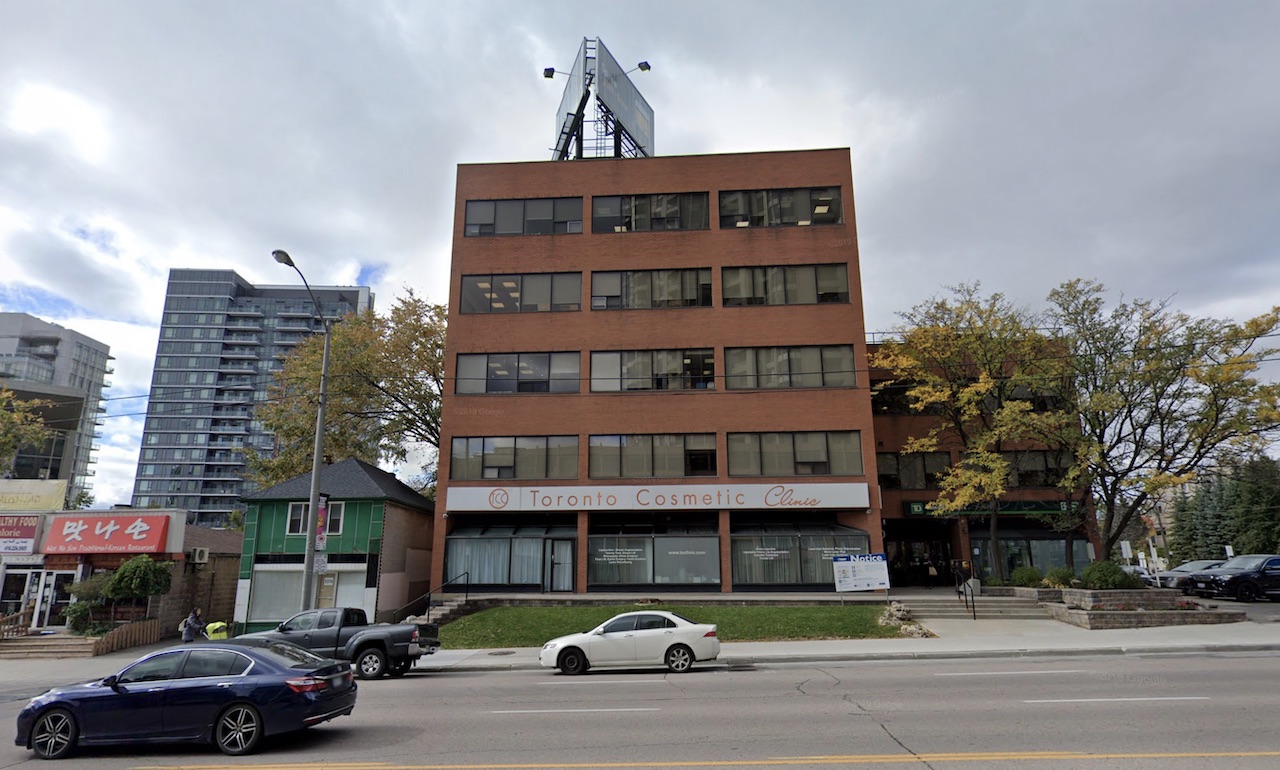 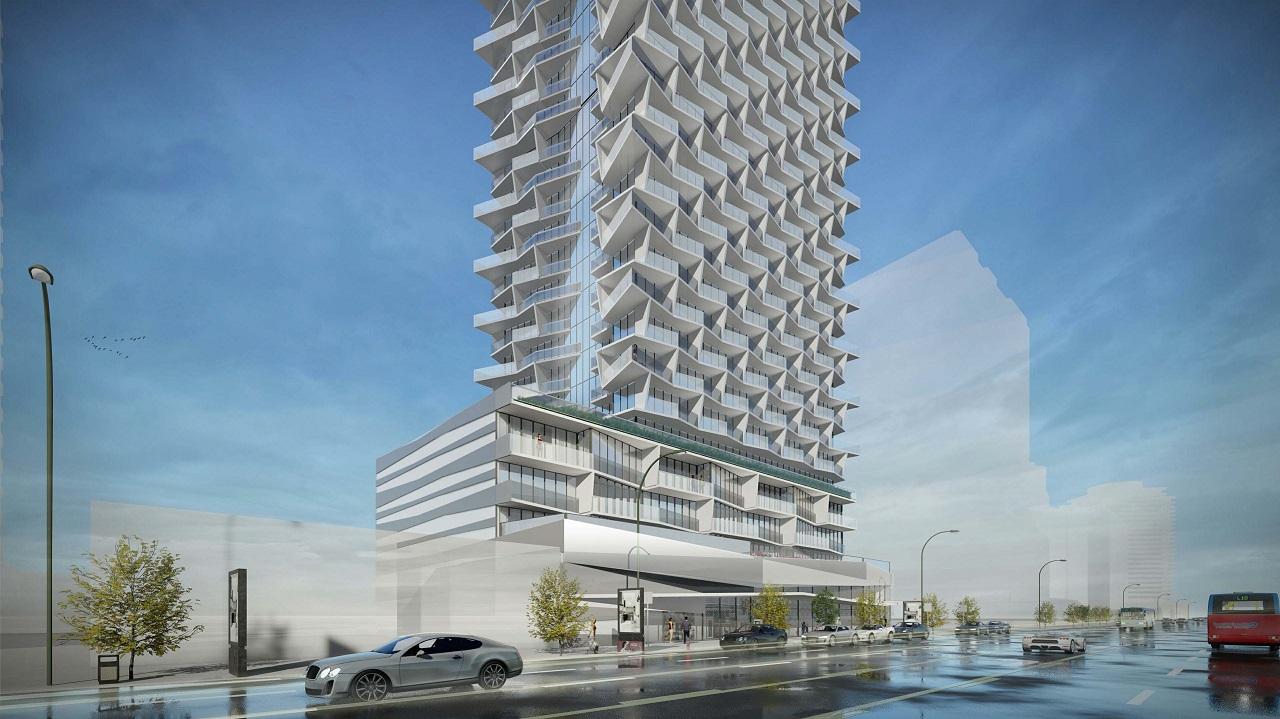 City Council refused the applications for an Official Plan Amendment and rezoning, a decision which Fieldgate Urban appealed to the then Local Planning Appeal Tribunal, now the Ontario Land Tribunal. Three case management conferences were held during 2019 and early 2020 before an 8-day hearing was held in October, 2020. A decision has not been released since the hearing, but one month in advance of the hearing, the plan for the building was revised in several ways other than its overall height of 32 storeys/106.8 metres tall.

The revised proposal saw the podium increased from 4 to 6 storeys high, and the development overall now had a GFA of 30,380 m², an increase of 1,982 m², with 570 m² for retail and 29,810 m² for residential. A major increase in the number of residential units was planned, from 324 to 533, up by 229. Some of the increase came from increasing the percentage of one-bedroom units while dropping the percentage of larger two-bedroom units, but some of the increase would alos have to come from smaller average unit sizes. Three-bedrooms, meanwhile, now exceed the City’s goal of 10% for every development. The breakdown of the residential units is now proposed at 384 one-bedrooms (72%), 92 two-bedrooms (17.2%), and 57 three-bedrooms (10.7%). 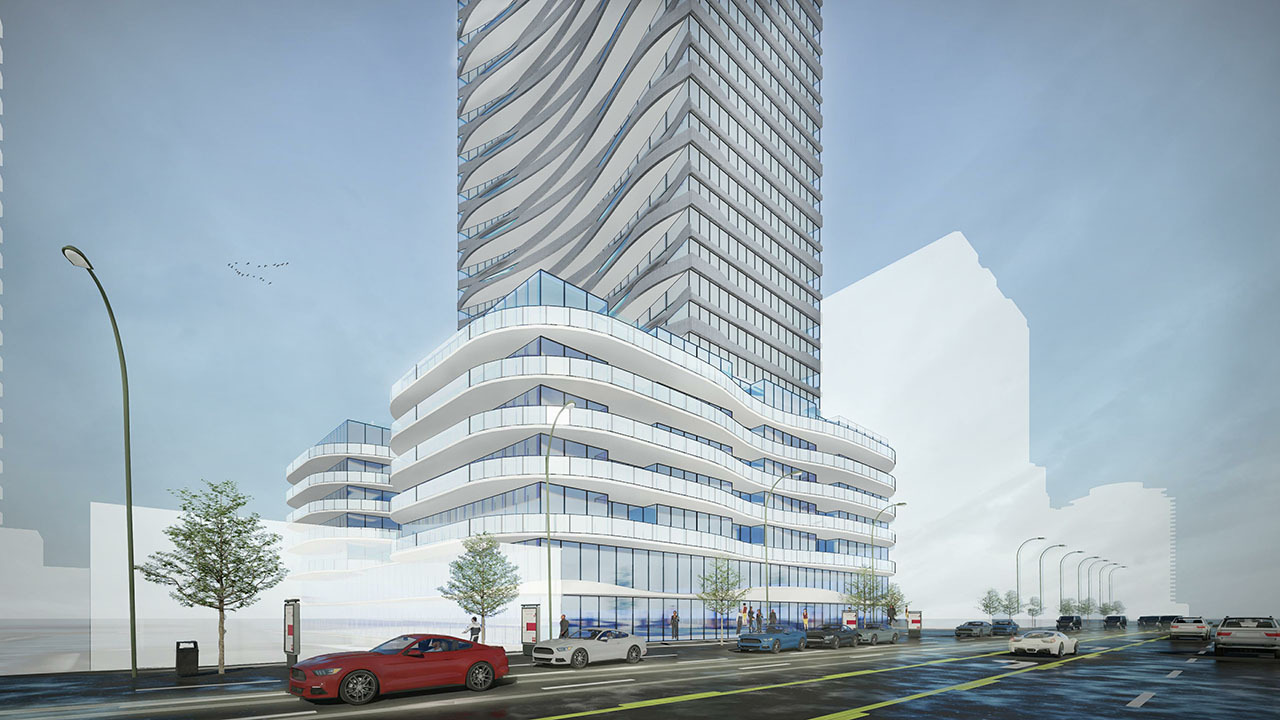 Most obviously from the renderings, the exterior design of the development changed completely, with the sawtooth motif gone and curving balconies now in their place, including all-glass wrap-arounds on the podium levels. The tower is now bowtie-shaped behind the curving balconies, and now aligned east-west. 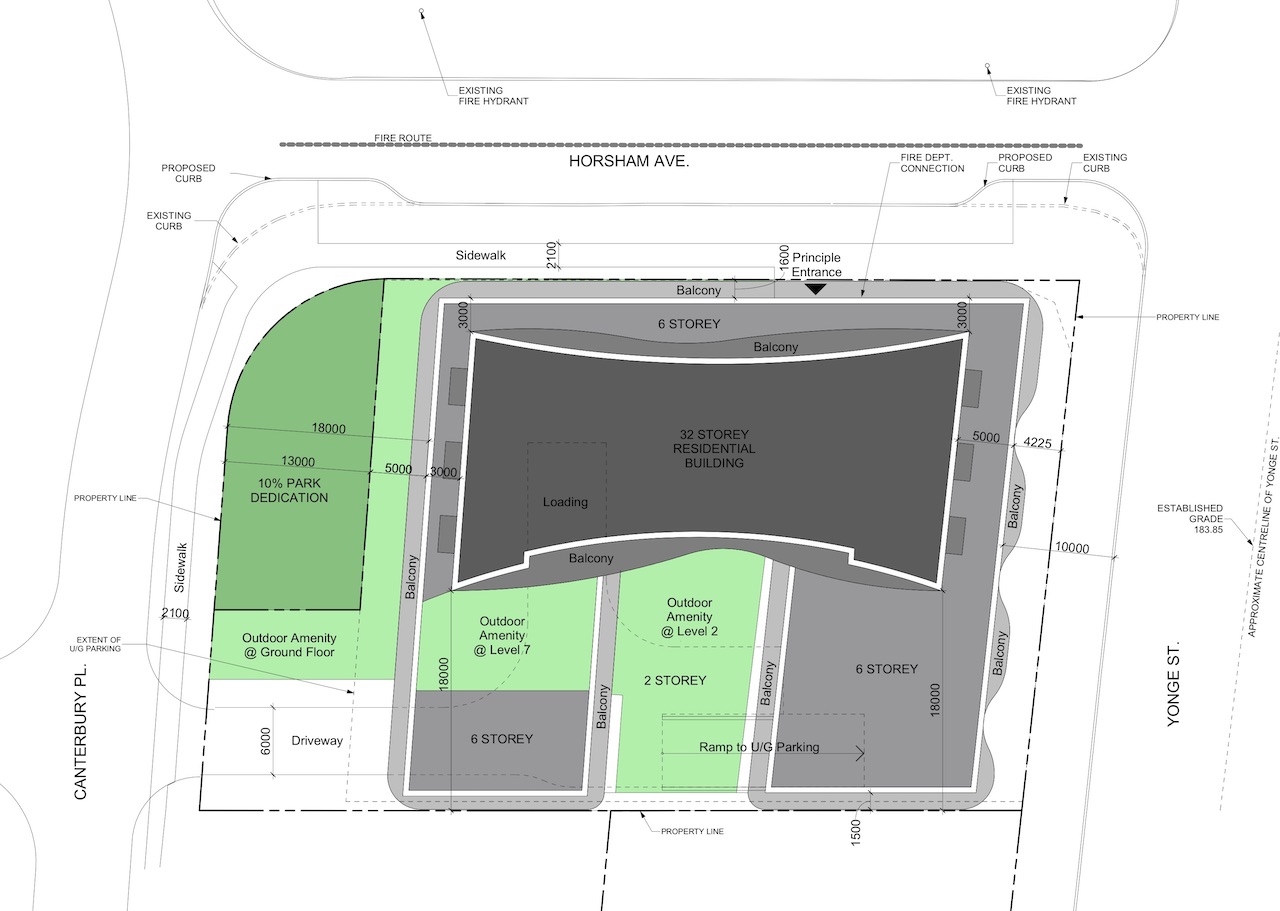 Along with indoor and outdoor amenity space within the building for residents, the new plan also includes a 348 m² park space dedication, representing 10% of the lot area, on the western portion of the site facing Canterbury Place. A design for the space has not been finalized.

The proposal includes a 180 vehicular space, three-level underground garage. Parking for 363 bicycles would be provided both on the ground floor and mezzanine.