110 years after the Queen Street Viaduct first carried traffic over the Don River, the landmark steel truss bridge is inspiring what could become a new landmark for Toronto’s Riverside neighbourhood. Developer First Gulf is seeking a Zoning By-law Amendment to bring a striking new office building to 33 Davies Avenue on the east bank of the Don River, with a mould-breaking design by BDP Quadrangle that draws direct influence from the viaduct. 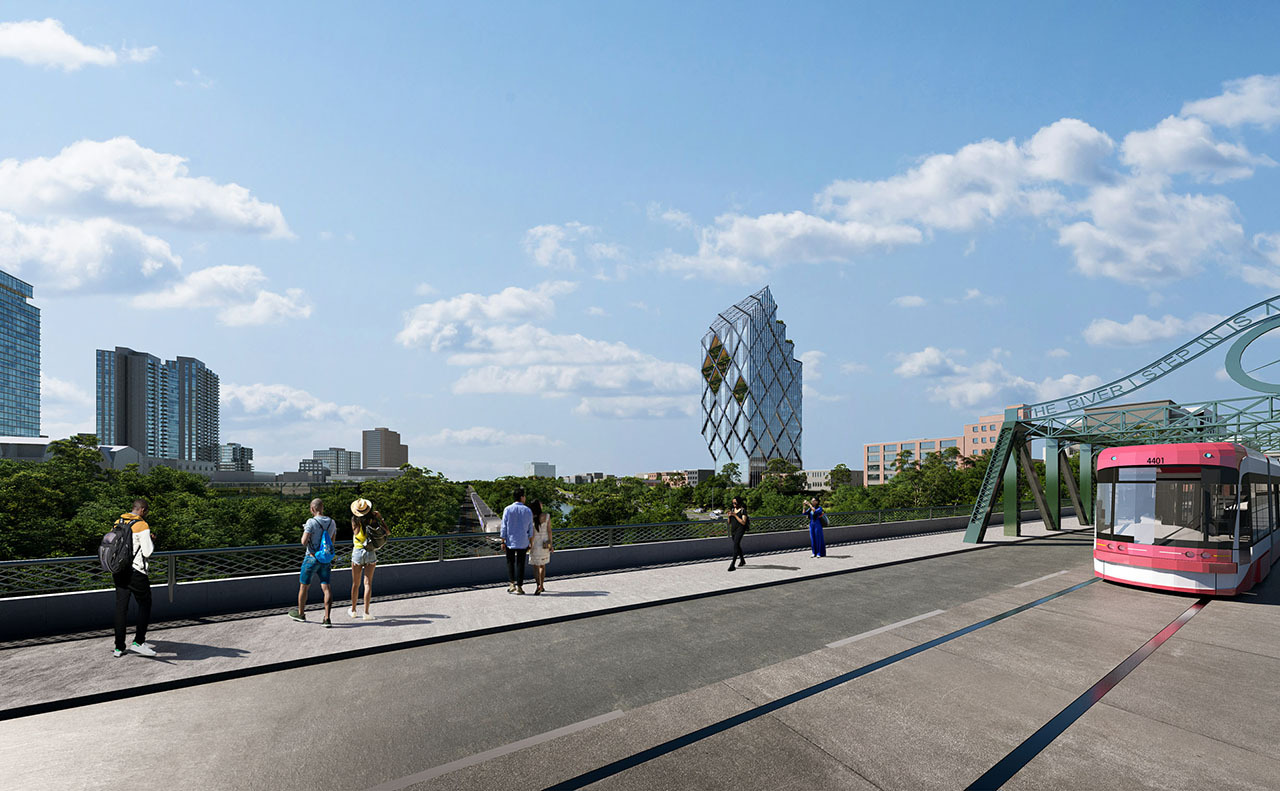 Looking northeast from the Queen Street Viaduct to 33 Davies, image via submission to City of Toronto

The proposed 19-storey office tower is not particularly tall—it would only rise to a height of 92 metres—and it wouldn’t be particularly big by downtown standards—with a gross floor area of approximately 18,995 m²—but its sculpted massing and truss bridge-inspired diagrid exterior would set it apart. The High Tech Architecture look is not just ornament on a facade; the diagrid doubles as the tower’s exoskeletal support system and allows tapering edges that both step away from the established Riverside neighbourhood conditions to the east, while creating a strong visual presence over the Don River. Terraces for tenants are also worked into the grid. 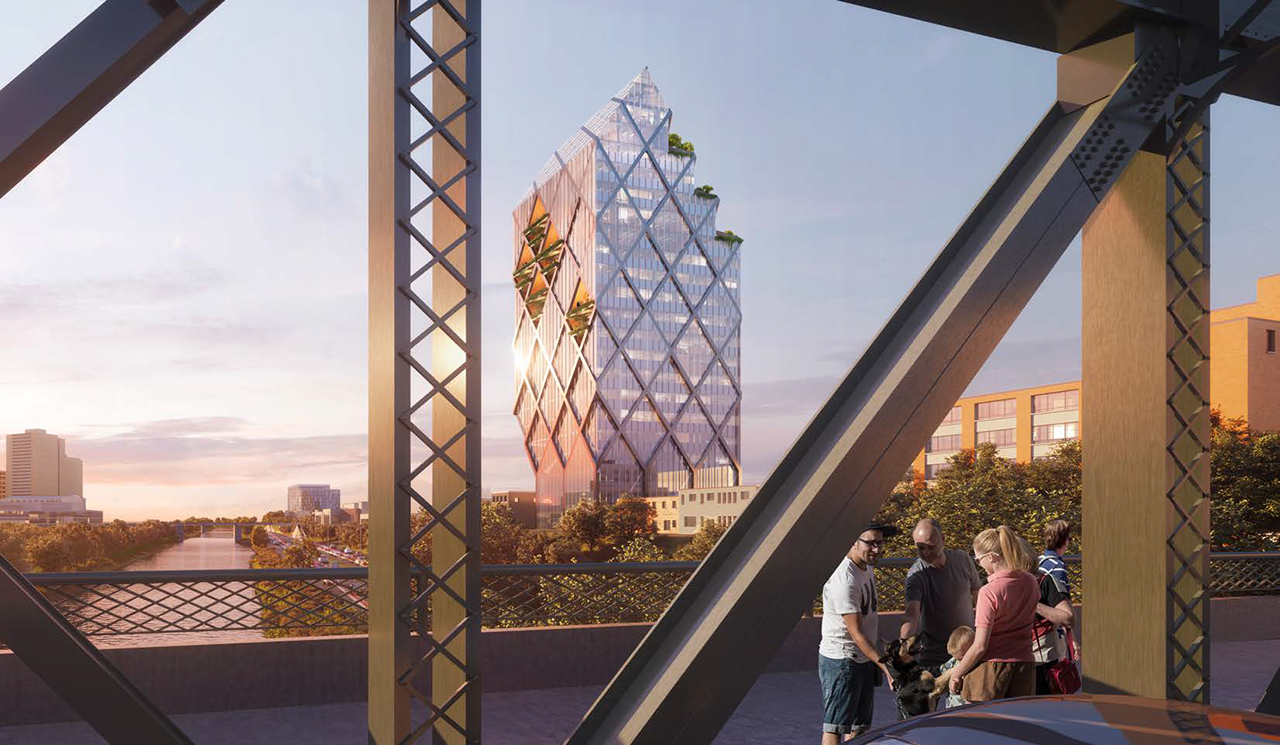 Looking northeast from the Queen Street Viaduct to 33 Davies, image via submission to City of Toronto

The diagrid’s lattice of exterior supports also works together with a central concrete core to support floor slabs and allow for completely column-free interiors. The exoskeleton forms a pattern of four-storey diamonds on the tower faces, while spanning two-level segments across cantilevered and terraced areas. Diagram of 33 Davies, image via submission to City of Toronto

Though finalized materials are typically not specified until the Site Plan Approval application later in the planning process, renderings do offer up a wealth of hints of how the tower would be finished, inside and out. One particular image shows off exposed warm wood finishes for ceilings as well as inset balconies, rendered along with ample greenery. Between the diagrid’s columns—which appear to be finished in black aluminum—two-toned glazing would enclose the structure. Base of 33 Davies, image via submission to City of Toronto

This same rendering reveals how the diagrid pattern is to be continued through the design of both interior spaces and the public realm. White lines visible on the lobby walls follow this pattern, which extends out beyond the building as the landscape design for 220 m² of at-grade publicly accessible space and a mid-block pedestrian throughway connecting Davies Avenue to the laneway and Joel Weeks Park.

With the site a short walk from stops of the King and Queen streetcars, and only a few hundred metres north of the future East Harbour GO and Ontario Line station, a two-level underground garage is proposed with just 48 parking spaces. For cyclists, 44 long-term and 42 short-term bicycle spaces are proposed.