QuadReal Property Group have submitted updated Site Plan Approval application materials to the City of Toronto for a new tower at the Commerce Court site at King and Bay streets. The 64-storey building will be situated on the east side of the site, where the 5-storey Commerce Court South (CCS) building and the 13-storey Commerce Court East (CCE) are currently located. Façade elements from CCE will be integrated into the new tower design.  Both the CCS and CCE were designed by IM Pei and constructed in 1972 along with the 57-storey, stainless steel faced Commerce Court West (CCW) tower. City Council passed Zoning By-Law amendments in November, 2019 that put new maximum densities on the site; the plans advocated in this updated SPA application fall within the approved density. 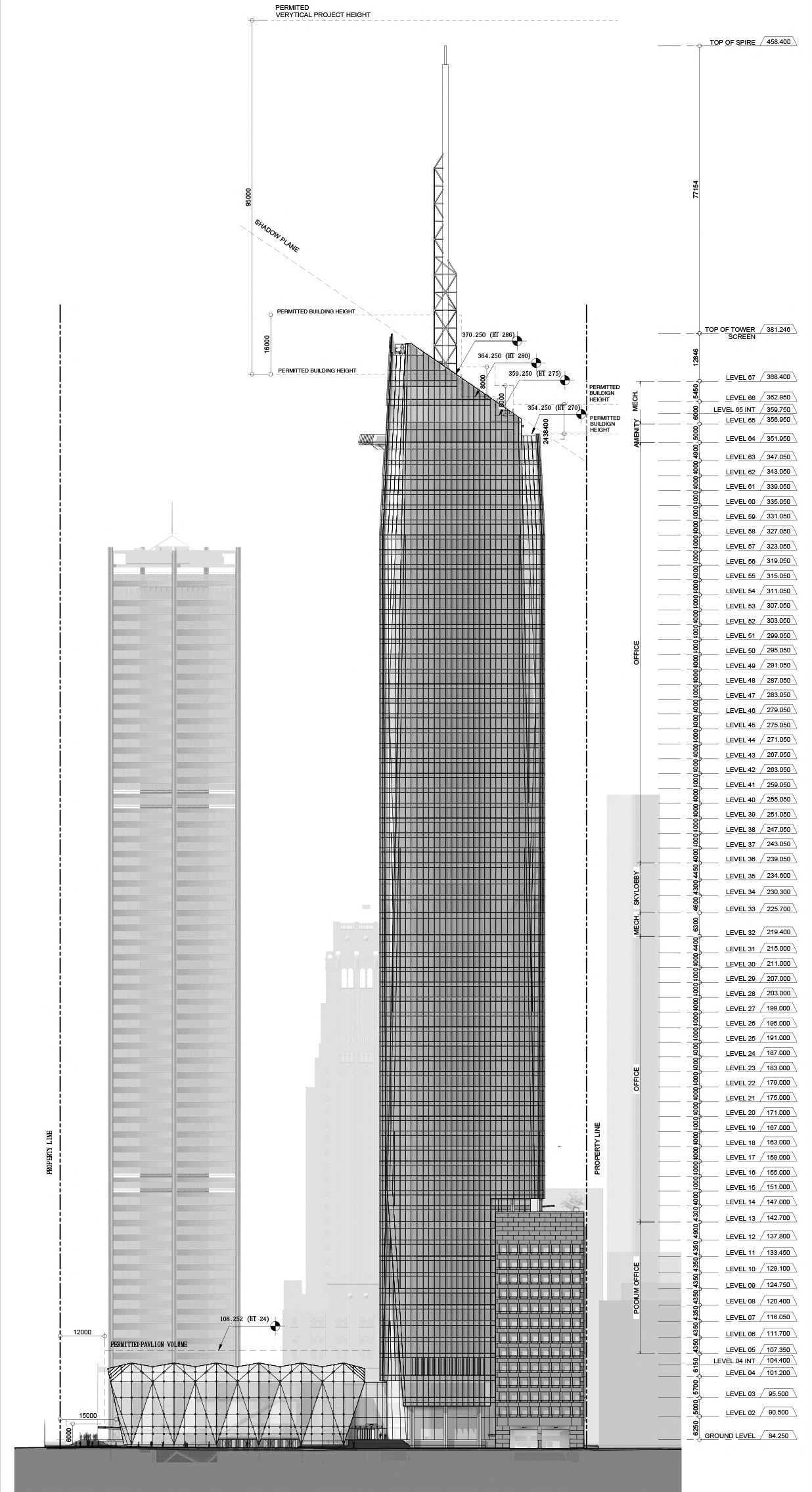 This is the third design for the new tower, first submitted to the City in December, 2017. While no new renderings have been produced with this submission, the design as seen in the elevation drawing above does indicate a return to a sculpted expression similar to that proposed in the December, 2017 application, but with a number of tweaks. 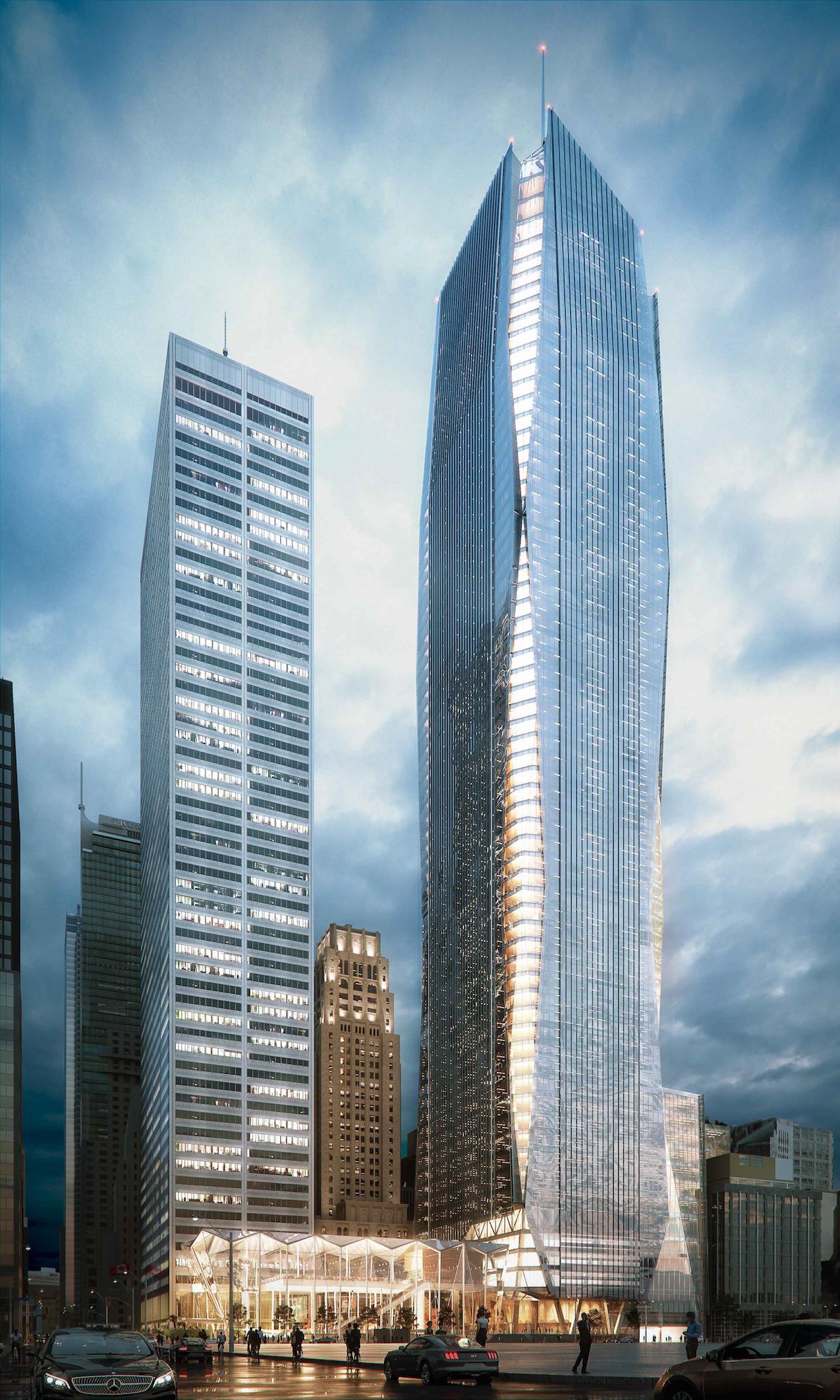 In March, 2019, a more rectilinear version of the new tower that was more in keeping with the architecture of IM Pei’s CCW design had been proposed in that resubmission. 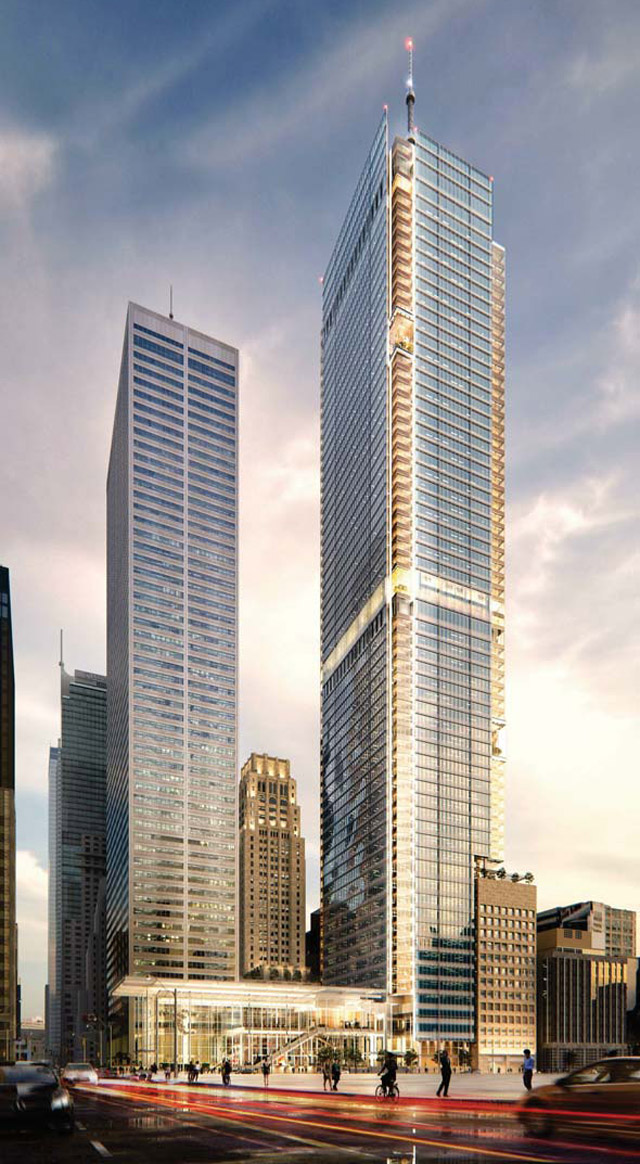 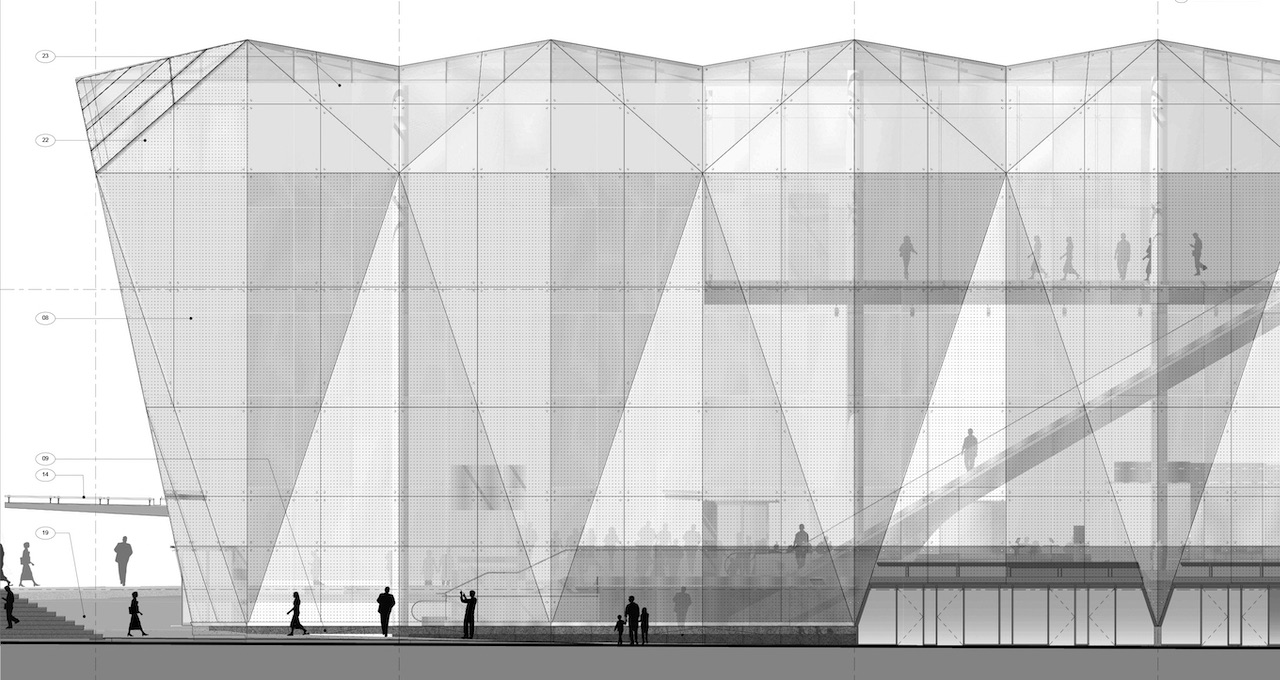 An addition in the latest version is that the building’s crown now boasts an observation deck that projects from the west side of the 64th floor, which would be Toronto’s highest open-to-the-sky viewing platform (although lower than the height of the CN Tower’s sheltered outdoor observation level). The east side of the 64th floor—meant as an amenity floor for tenants—will also boast an observation terrace above a step-back from the building’s east wall. The 65th, 66th, and 67th levels of the building are all without public access and are dedicated to mechanical equipment, and therefore are not included in the overall floor count. 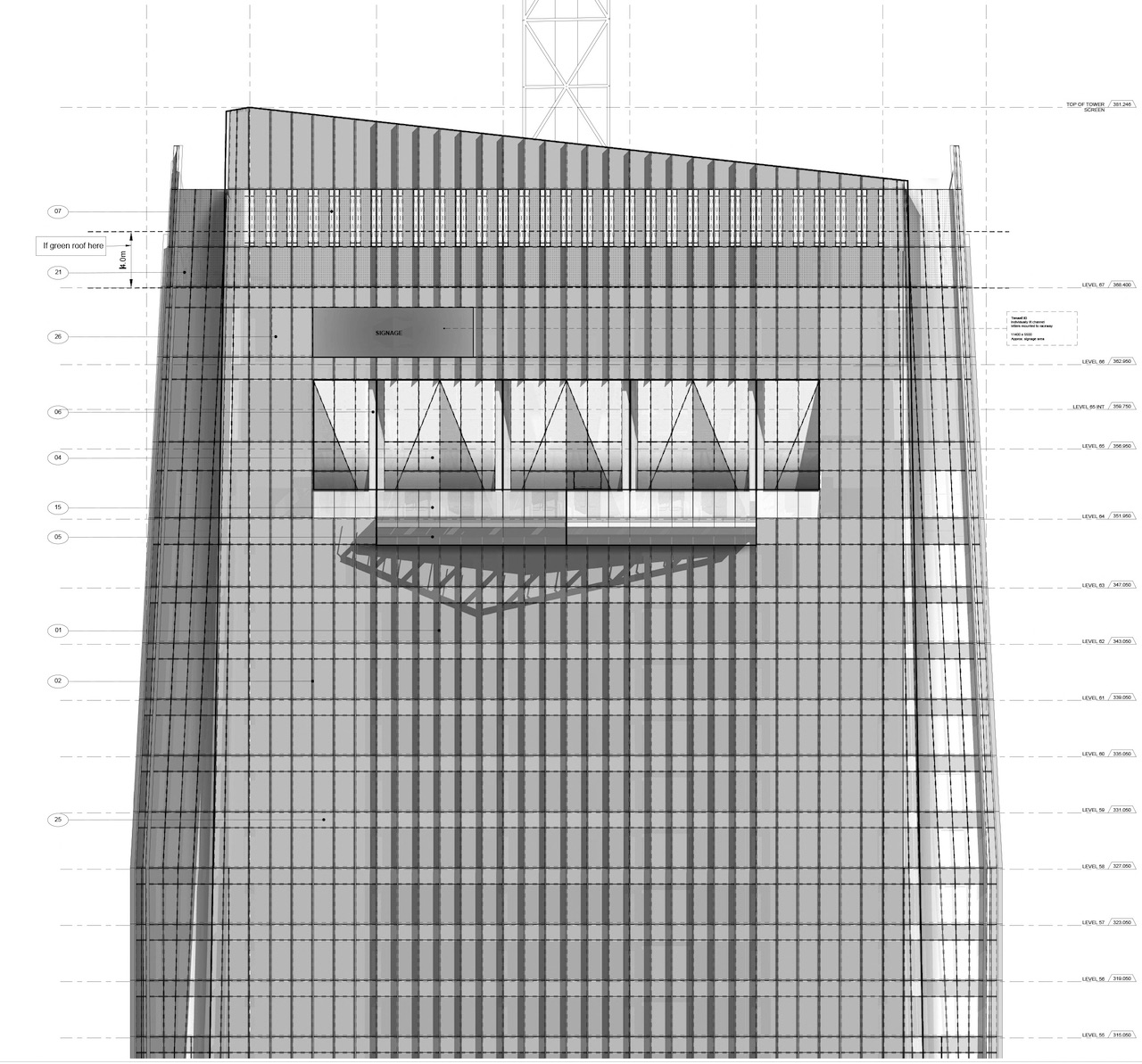 Atop the crown, with the exterior walls of the building sloping back gently, a screen peaks at 296.996 metres above established grade at King Street. The 296.996 metre mark works for determining the building’s height for the City of Toronto’s purposes, but it will likely not be the final word on what height this building is considered to be, beyond City Hall’s doors.

The world-leading authority on skyscrapers, the Council on Tall Buildings and Urban Habitat (CTBUH) measure the height of a building from the “level of the lowest, significant, open-air, pedestrian entrance” and in the case of 191 Bay, that would be the entrances to the pavilion along Wellington Street, if it is considered as part of the same building as the tower. They are approximately (within a few centimetres) of 2 metres lower than the established grade level, and as such would not push the building above the 300 metre ‘supertall’ mark recognized by the CTBUH.

However, an architecturally-designed spire rises from the centre of the building anyway, and this one peaks at 374.15 metres above established grade. Spires are considered by the CTBUH as contributing to the architectural height of the building, so they would consider this a ‘supertall,’ and Canada’s tallest building, possibly with the ~2 metre difference to Wellington Street added in as well.