Revisions have been made to a 2019 proposed redevelopment of 385 The West Mall, located just west of Highway 427 and south of the Etobicoke Civic Centre, near the west city limits of Toronto. Developer TAS is seeking rezoning to allow the proposed SvN-designed mixed-use development of 14 and 28 storey towers connected by a 6-storey podium, consisting of retail and office use near ground level and residences above. 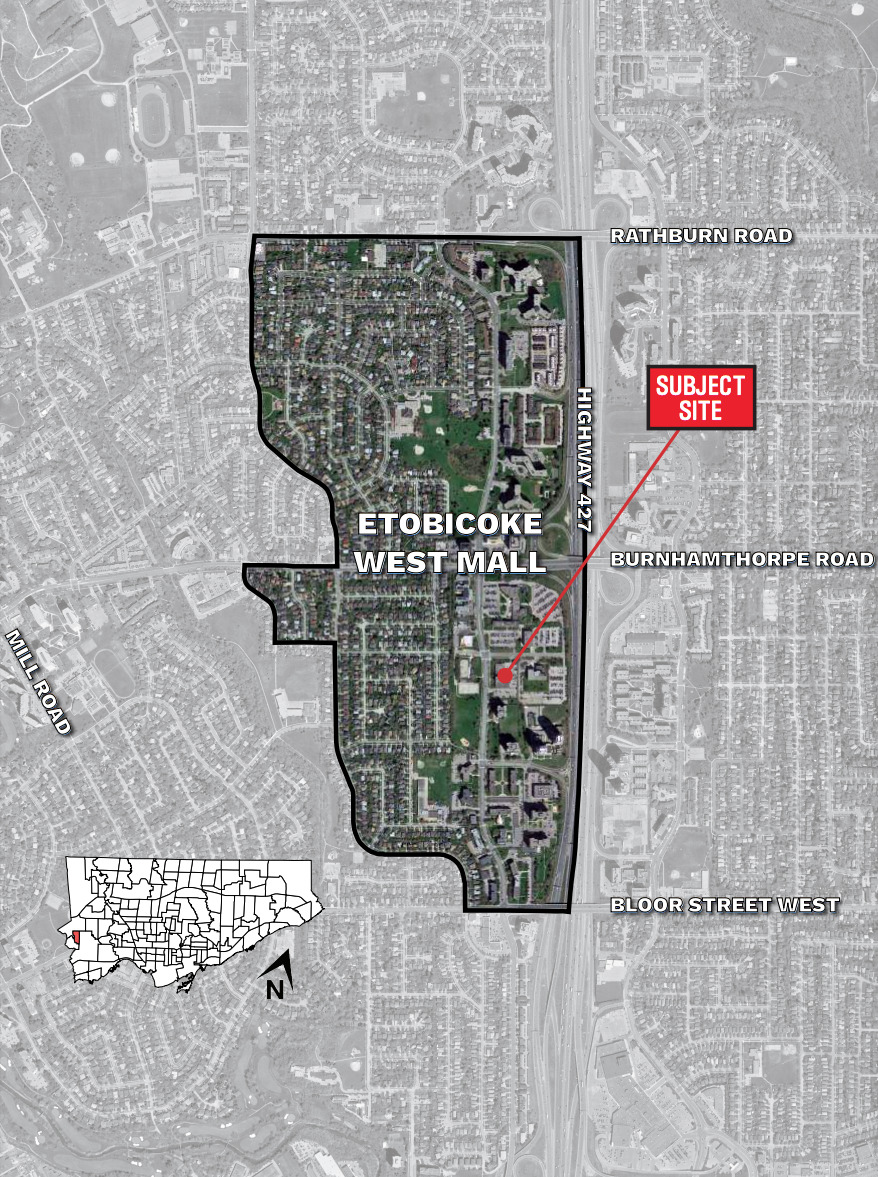 Location of the proposed development, 385 The West Mall, image by Bousfields for TAS 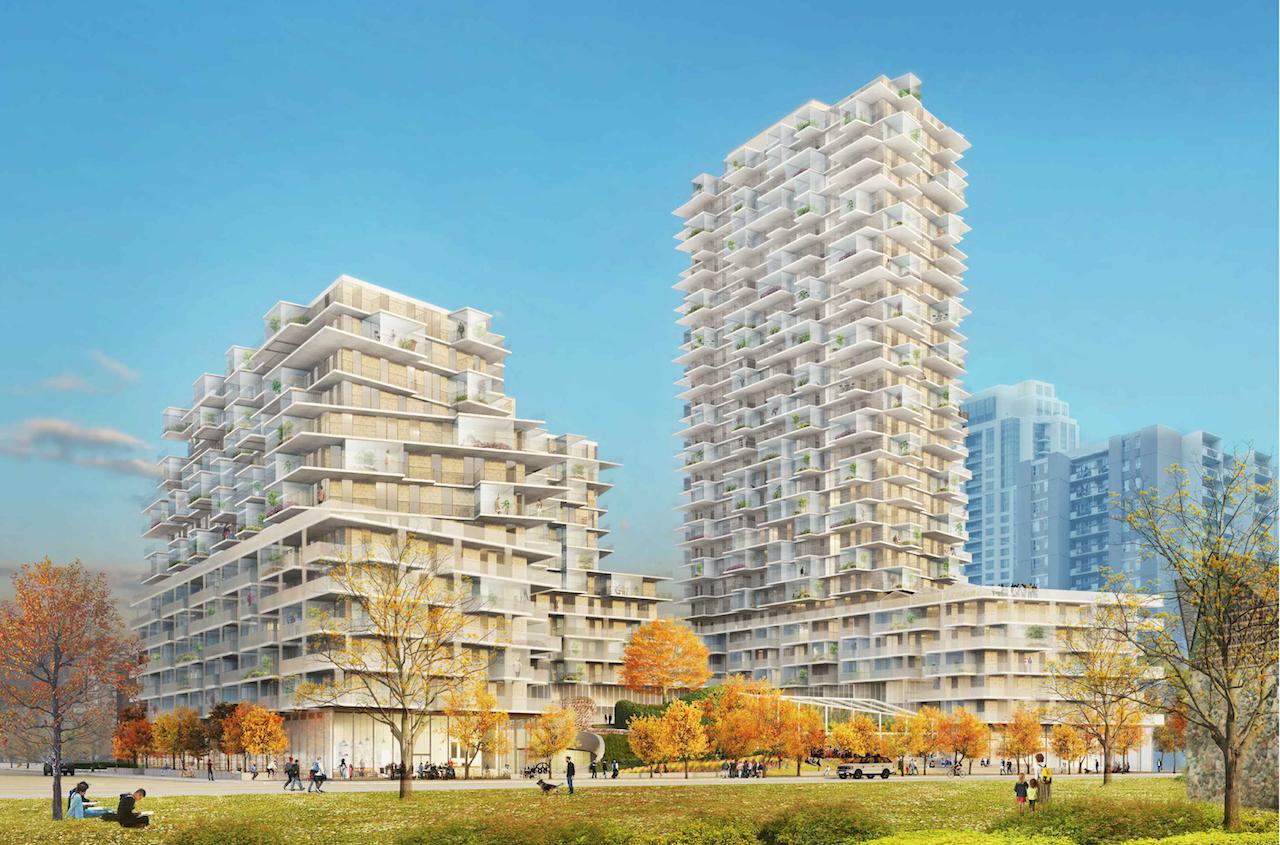 Looking southeast to 385 The West Mall, 2019 version, designed by SvN for TAS 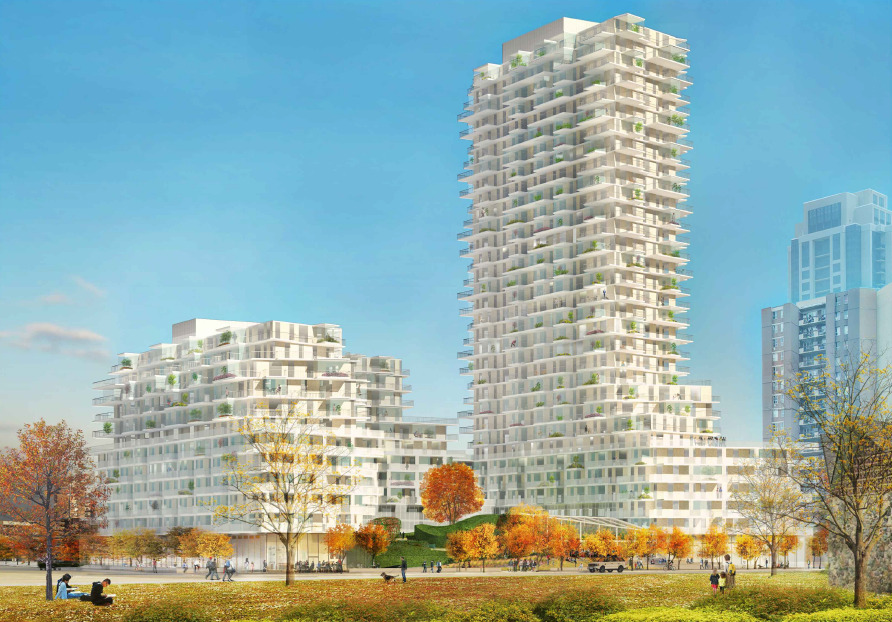 Looking southeast to 385 The West Mall, 2020 version, designed by SvN for TAS

The proposal was revised again in a February, 2021 resubmission to the City (image below). This version sees the 12-storey north building revert to 14 storeys, but with more terracing now, while the south tower drops to 28 storeys. These changes are in response to shadow concerns from the City particularly in regards to nearby Dennis Flynn Park, and the future sidewalks on the north side of the street along Civic Centre Court. With the change in height, there is a further reduction of the total GFA to 50,371  m², while residential space drops again to 46,340 m² and commercial space shifts downwards slightly to 4,030.50 m². There is also a reduction in dwelling units, from 653 to 641. The updated proposal has 385 one-bedrooms, 185 two-bedrooms, and 71 three-bedrooms. 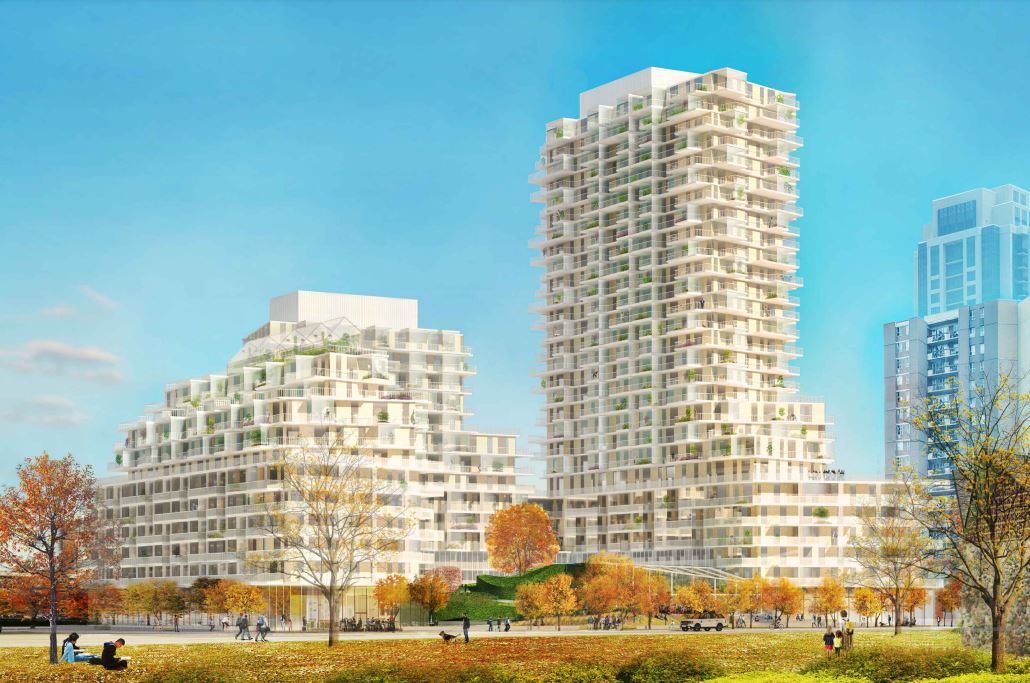 Looking southeast to 385 The West Mall, 2021 version, designed by SvN for TAS

Maintained throughout the revisions, the buildings and the mid-rise podiums form a C-shape, which would frame the terraced outdoor courtyard space with landscaping by Public Work, serving both building residents and visitors of the retail space. This courtyard and roof spaces will have space for such things as outdoor gatherings, gardening, an enclosed conservatory, and trellis structures with climbing vines, and more. Also proposed as part of the suites are glazed outdoor “winter garden” spaces as opposed to conventional balconies for each dwelling, in addition to pet relief amenities. 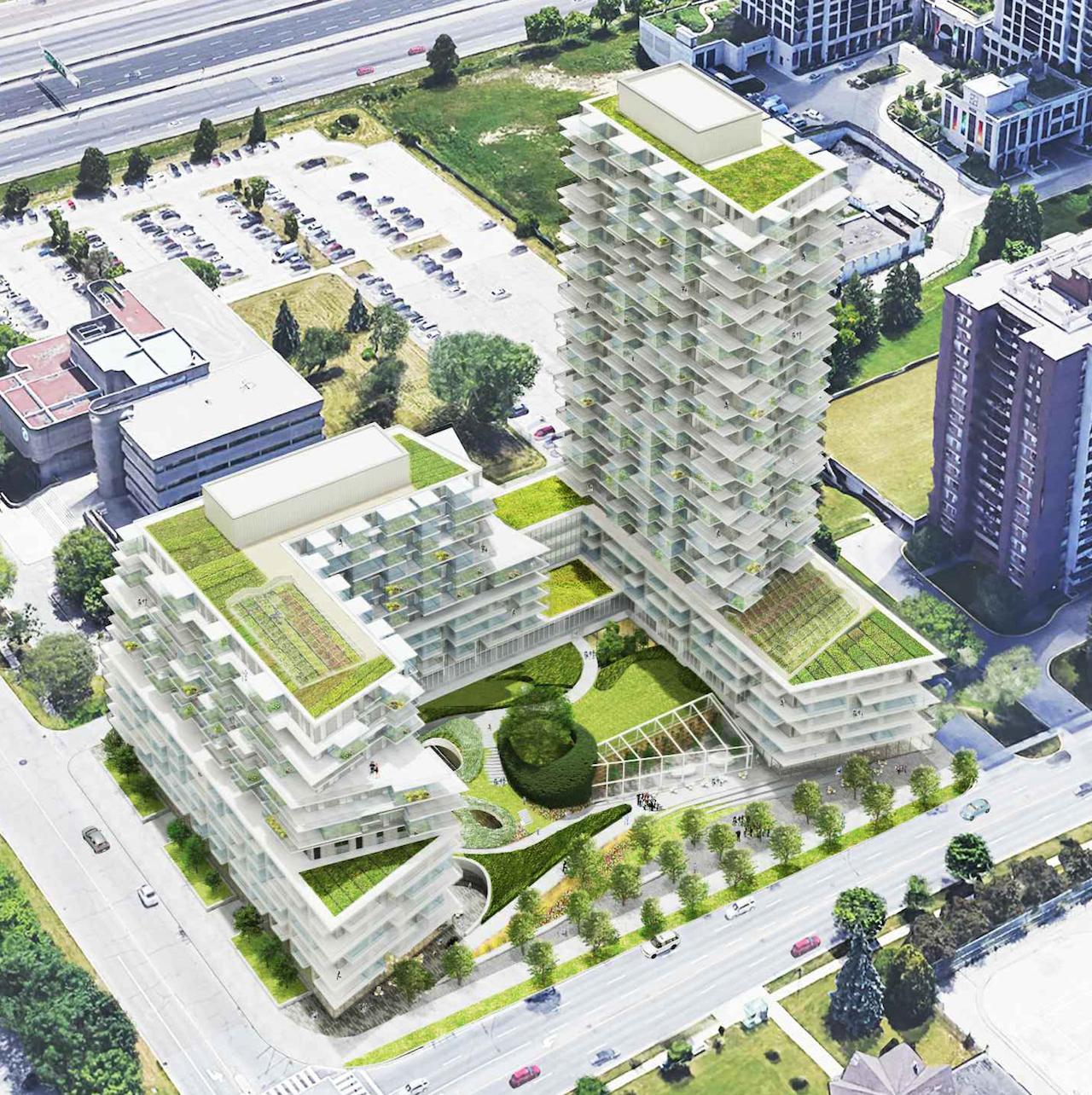 Looking southeast to 385 The West Mall, 2019 version, designed by SvN for TAS

The complex would have a 3-level underground garage with a total of 740 vehicular parking spaces, 11 of which would be at grade. Parking for 508 bicycles would be provided on the ground floor.