We last checked in on progress about two months ago at the Broadway Avenue site of Untitled Toronto in Midtown where Reserve Properties and Westdale Properties have been advancing the demolition of the two-to-ten-storey buildings that previously stood on the site. By late June, the site was a busy hive of broken up concrete and salvaged steel, separated from the concrete to be hauled away for recycling. 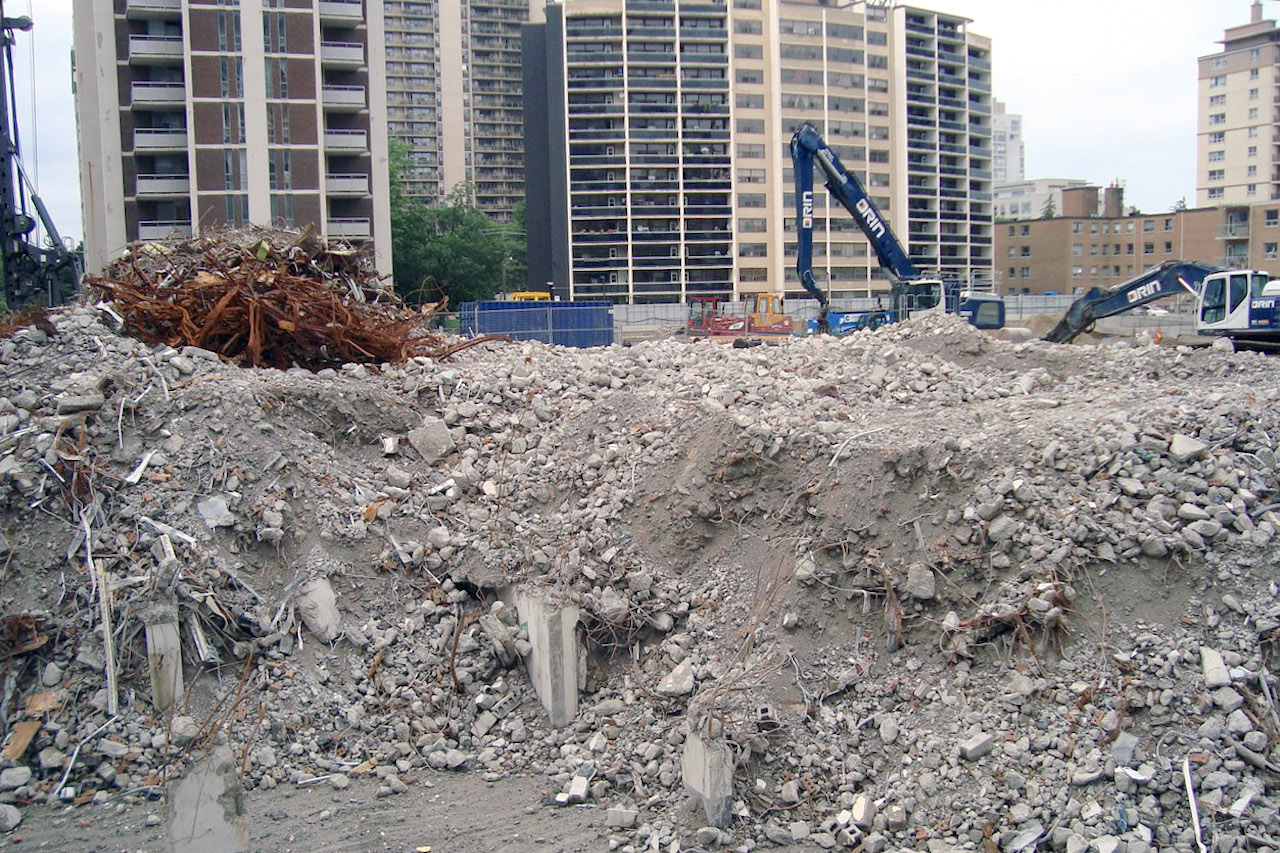 By early August, Reserve and Westdale had completed demolition, and had the site graded (smoothing over the underground level remnants that you can see in the image above) so that the next stage of construction could begin; shoring. In the right background of the image below a shoring rig can be seen with its mast raised, positioned on flat ground where it can drill a deep hole for a pile—a steel I-beam—that will be used to hold a shoring wall in place around the coming excavation pit. Once the piles are in place, the timber (referred to as ‘lagging’) can be inserted between them to start the wall, while excavators will move onto the site to begin digging. 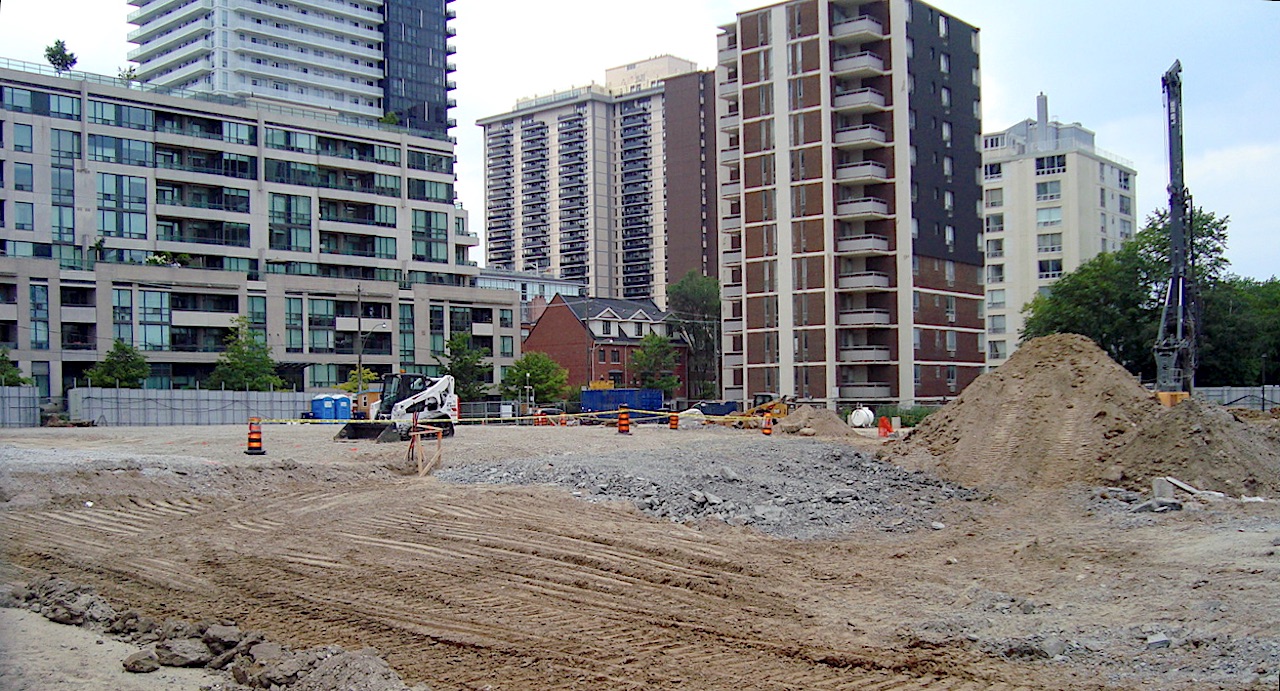 What’s going up on the site will be three towers, all designed by IBI Group. At the corner with Redpath Avenue, a 36-storey rental tower will rise, addressed to 100 Broadway Avenue. All of the rental suites demolished on this site and another of Reserve and Westdale’s nearby development sites will be replaced in this tower. To the east will be the 21 and 33-storey condo towers of Untitled Toronto. Notable for the collaboration of multi-hyphenate artist Pharrell Williams on both the architectural design with IBI Group and the interior design with U31, these two towers will express the waveform of ‘Gust of Wind,’ a Pharrell Williams song, on their undulating balcony edges. 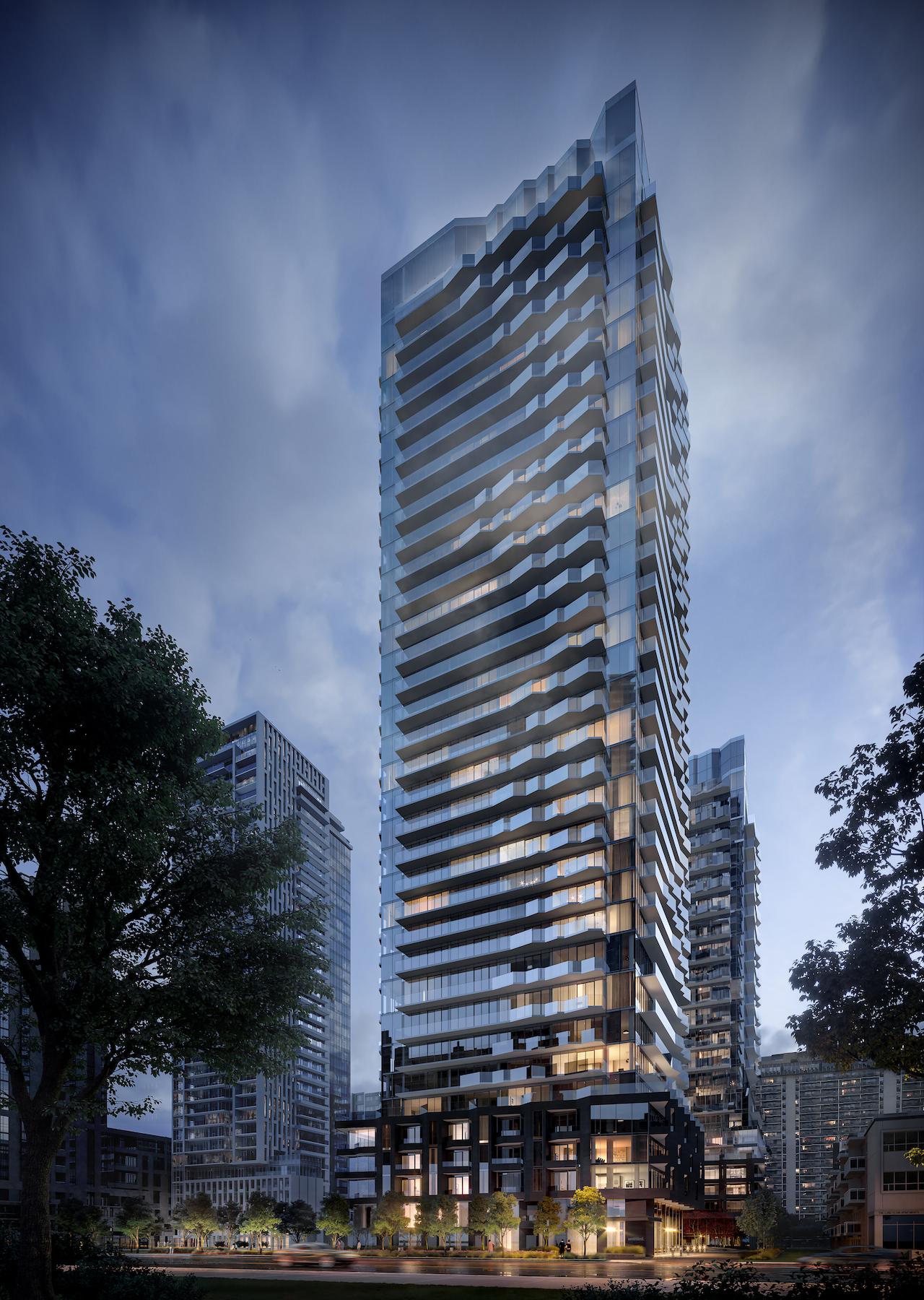 Looking northwest to Untitled Toronto and 100 Broadway, designed by IBI Group, with Pharrell Williams, for Reserve Properties and Westdale Properties

While work on 100 Broadway and Untitled Toronto continued, we learned in July that Reserve and Westdale had submitted an application to the City to redevelop the next property to the east as well. Seen below just to the right of the cleared construction site, at the 86-unit, 4-storey rental apartment building at 124 Broadway is now proposed to be replaced by a 38-storey point tower and podium, with a similar waveform to be expressed on its balcony edges. While the developers are not ready to reveal the branding on the building yet, we know that they are applying to replace the 86 onsite rental units in the new building’s base while adding 460 condominium suites within the tower. 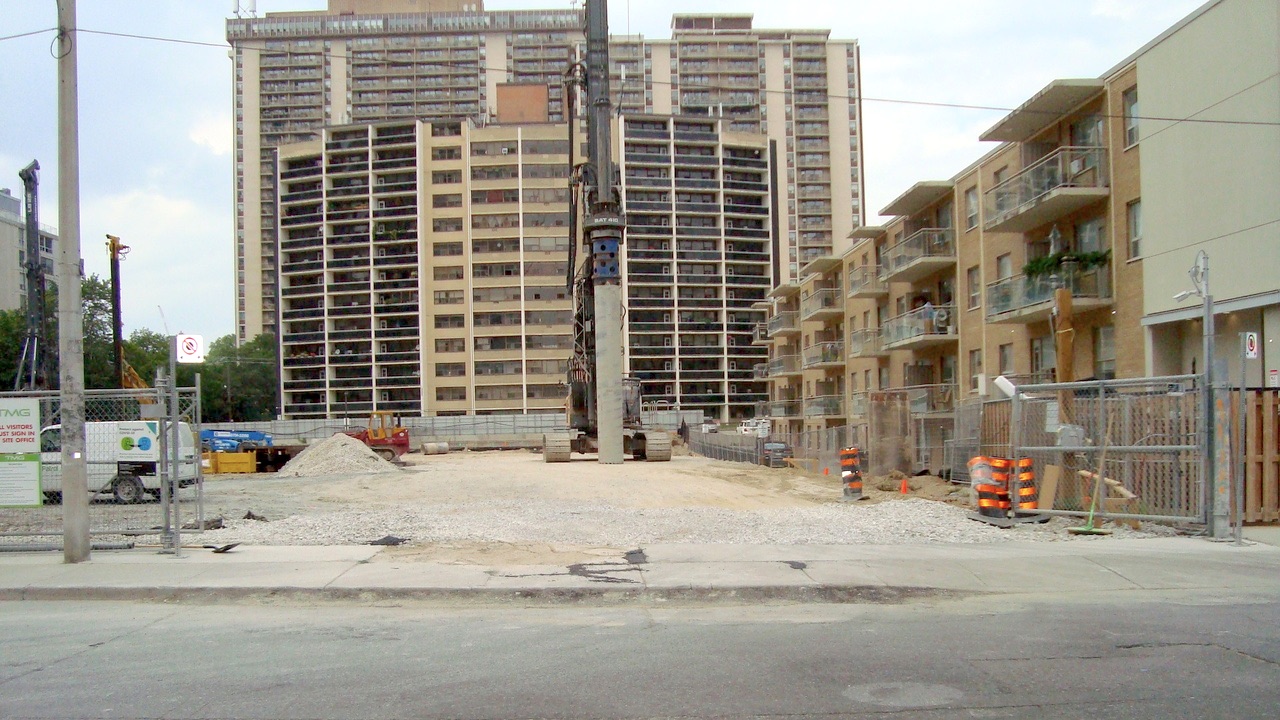 If you’d like to learn more about 124 Broadway, all the stats are in this article from July.

You can learn more from our Database file for all three projects, linked below. If you’d like to, you can join in on the conversation in the associated Project Forum threads, or leave a comment in the space provided on this page.