As Oakville grows, its new Uptown Core at Dundas Street and Trafalgar Road is set to become a multi-use centre. SmartCentres REIT‘s 52-acre site along Oak Park Boulevard aims to become a new urban heart of the community through a multi-phased, master-planned redevelopment. Capitalizing on the area’s existing street grid, transit accessibility, and nearby arterial roads and highways, the first phase of this new community is a pair of 28 and 29 storey towers designed by Turner Fleischer Architects to be developed by SmartCentres’ residential sub-brand, SmartLiving, on behalf of Metrontario and the Penguin Group of Companies. 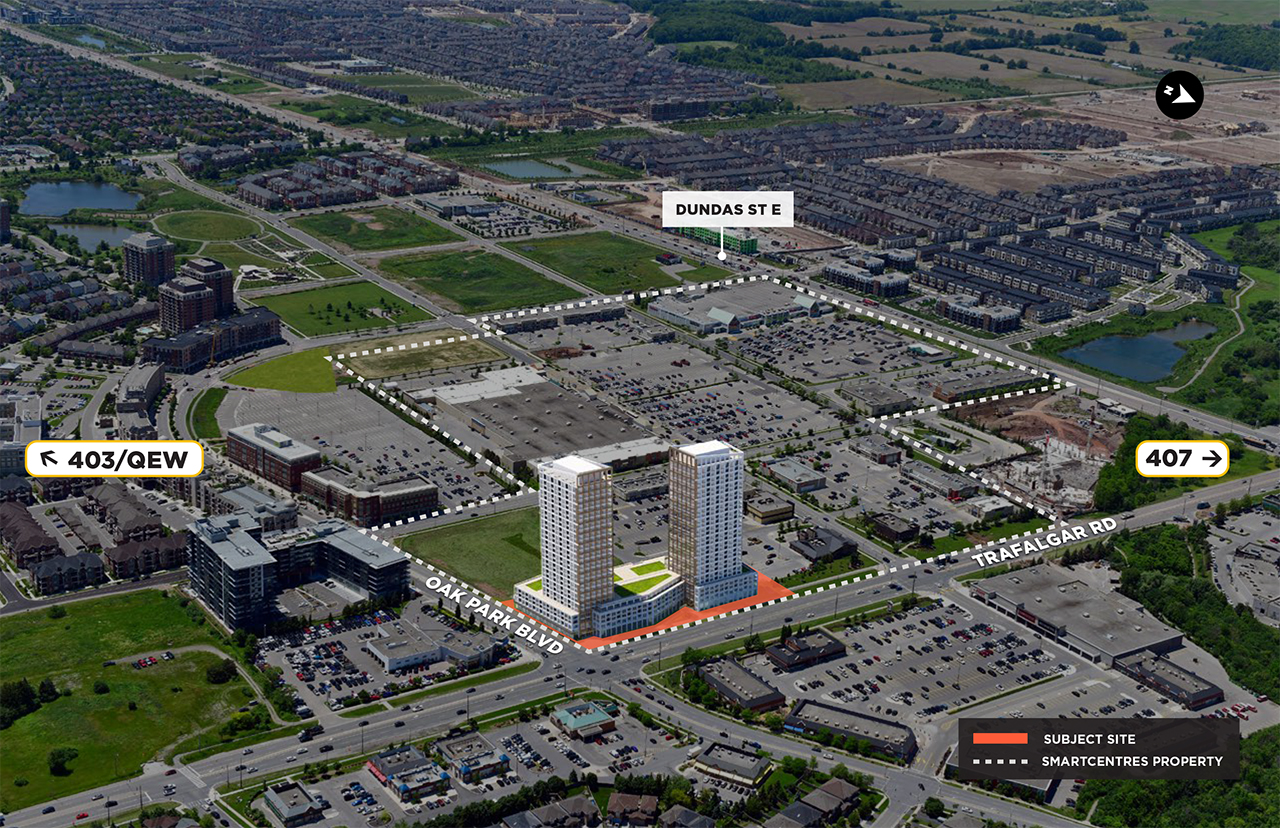 As part of SmartCentres’ evolution “From Shopping Centres to City Centres”, the plan for SmartCentres Oakville North will bring a mix of higher-density residential and fine-grained neighbourhood retail to the existing open-air shopping centre. Oakville’s Uptown Core is already primed for walkability with a radial road network framed by mid-rises and townhomes beyond. Those existing buildings will become the transition between the higher densities planned for the site and planned and under-construction high-rises to the north. SmartCentres intends to build on the community’s existing walkability enhancing the existing and planned transit connections to attract the types of residents who prefer a condominium, transit-connected, urban lifestyle. 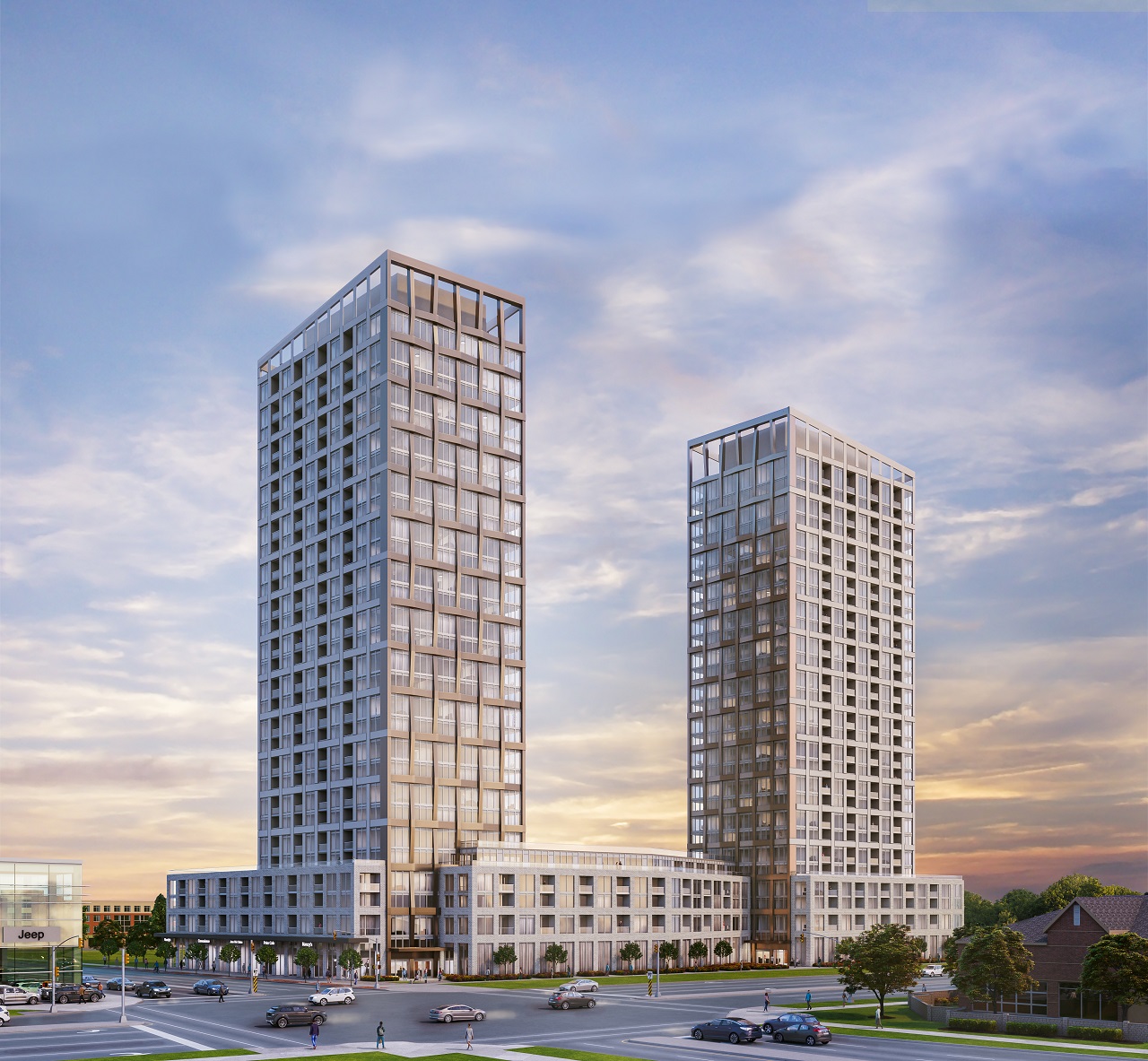 SmartCentres Oakville North’s first phase towers feature a design that draws its inspiration heavily from the area’s heritage, in the late 19th century a rural community known as “the Strawberry Capital of the Canadas.” A farmer named John Cross, among those who introduced strawberry growing here, designed and manufactured wooden veneer strawberry baskets, the woven baskets now inspiring the tower design.

SmartCentres and Turner-Fleischer are intentionally proposing some key differences design-wise here from what one would find in a market like Downtown Toronto, with a more intimately scaled massing to enhance the condos’ approachability from street level, providing more than double the typical separation distance between towers to maximize privacy and ‘breathability’ for residents. Residents with south-facing suites on upper floors will have a view of Lake Ontario from their windows and balconies. 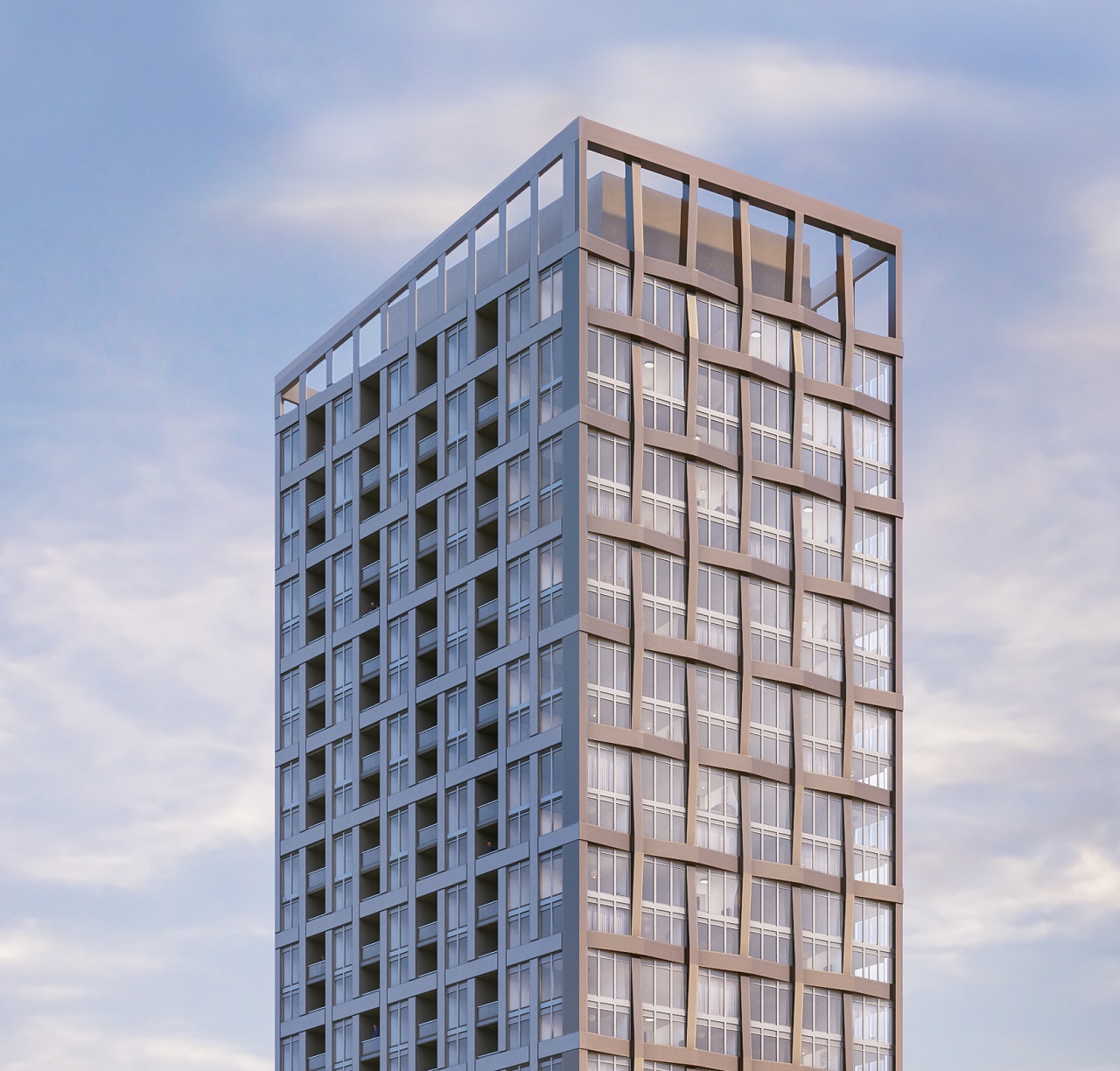 A combined 585 residential units are proposed in the first phase of the community, including eight townhouse units at grade. Residents will enjoy 11,900 ft² of indoor amenities, plus another 13,000 ft² of outdoor amenity space. Plus with the Town of Oakville having designated the urbanization of Oak Park Boulevard to achieve the goals of walkability and an enhanced public realm through the delivery of animating and retail uses. To this effect, 6,350 ft² of street-fronting retail space will face the sidewalks, providing an improved pedestrian environment for those living here.

Transit plays a key role in the first phase as well as the wider community master plan: the site is located at the nexus of two transit corridors, with infrastructure enhancements coming that include dedicated Bus Rapid Transit (BRT) lines on Trafalgar Road. Residents of the community will be able to catch the BRT at the Oak Park/Trafalgar stop, getting easy access to destinations such as Oakville GO Station.

For drivers, SmartCentres Oakville North community will be well situated with highways 407, and the QEW/403 virtually equidistant to the north and south of the site respectively, allowing for direct garage-to-garage commutes around the region. Highway 403 is located just to the east, with access off of Dundas. Average travel times of 30-40 minutes to Union Station in Downtown Toronto, 20-30 minutes to Pearson International Airport in Mississauga, and around 30 minutes to Downtown Hamilton.