Islington subway station in the heart of Etobicoke is soon to get a complete rebuild. Originally built in the late 1960s as the western terminus for the Bloor-Danforth subway line, the station right on the northwest corner of Bloor Street West and Islington Avenue includes a 6-bay, vaulted concrete-covered bus terminal, a substantial paved area for bus operations, and hundreds of parking spaces. In 1980, the subway was extended one more station west to Kipling, and most Toronto Transit Commission (TTC) bus routes that had terminated at Islington moved to Kipling, leaving more space for Mississauga Transit bus routes (eventually rebranded as MiWay) which were expanding at the time. At the beginning of this year, MiWay departed Islington for a new second bus terminal at Kipling, leaving most of Islington’s vast space for buses unused, and that land ripe for redevelopment, eyed by the City of Toronto as a perfect space to redevelop, including significant new affordable housing. Conceptual massing of the Bloor-Islington site, image via submission to the City of Toronto

At the same time, the TTC has needed to both effect repairs to Islington station for a while—the structure is affected by an underground watercourse—and also enhance the station’s accessibility and its safety via the TTC’s Easier Access and Second Exit programs. Completed in 1968, Islington subway station lacks accommodations for persons with mobility challenges or special needs. To fulfil both the requirements of Phase III of the Easier Access program and a provincially-legislated mandate, part of the Accessibility for Ontarians with Disabilities Act, that all TTC subway stations be accessible by January 1, 2025, Islington station will undergo an extensive modernization that will at the same time reshape its relationship with the northwest corner of Bloor and Islington. A mid-May application to the City seeks Site Plan Approval to replace the existing surface bus terminal with a new pair of AECOM-designed buildings; a surface-level TTC Bus Terminal building located in the northeast corner of the site where Islington Avenue dives under the adjacent rail corridor, along with a new main entrance building on the west side of Islington Avenue, connecting directly to the station’s existing concourse level. 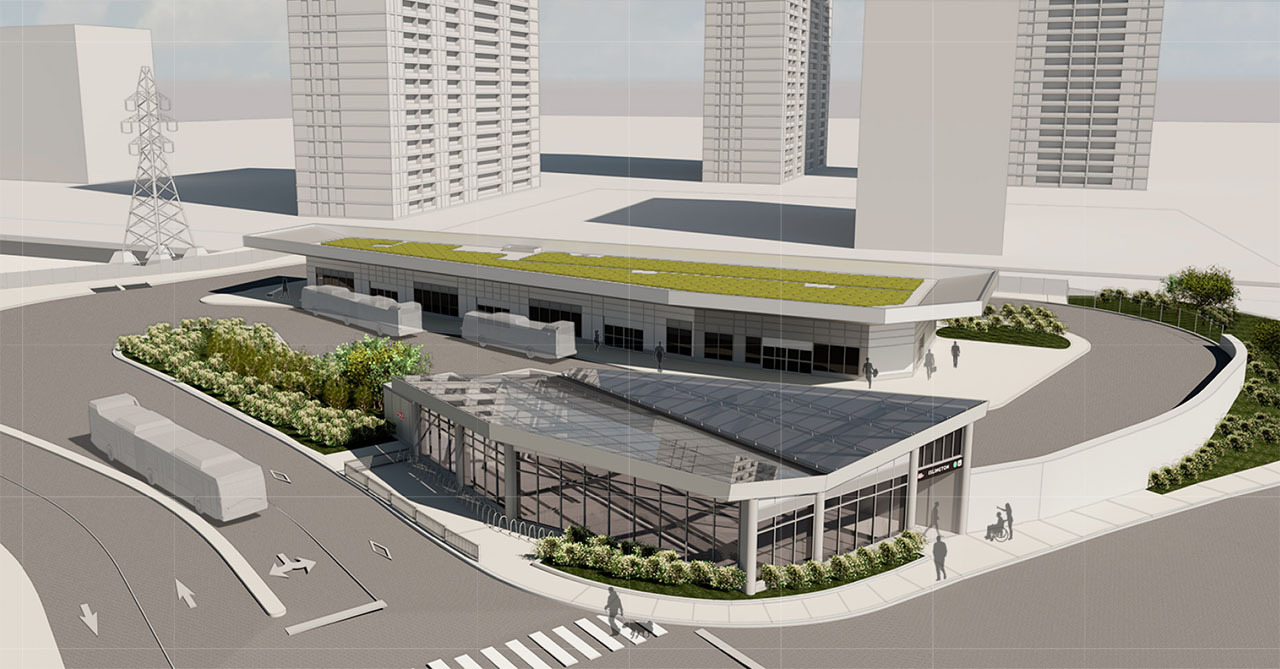 Islington Station redevelopment, image via submission to City of Toronto

Fulfilling requirements of the TTC and province, the new buildings are to include a pair of escalators and a single elevator serving the new ground and existing station concourse levels. The replacement terminal is to connect with Islington’s current subway station concourse level and the platform below via a new underground connection lined with retail, and also containing back-of house service rooms. 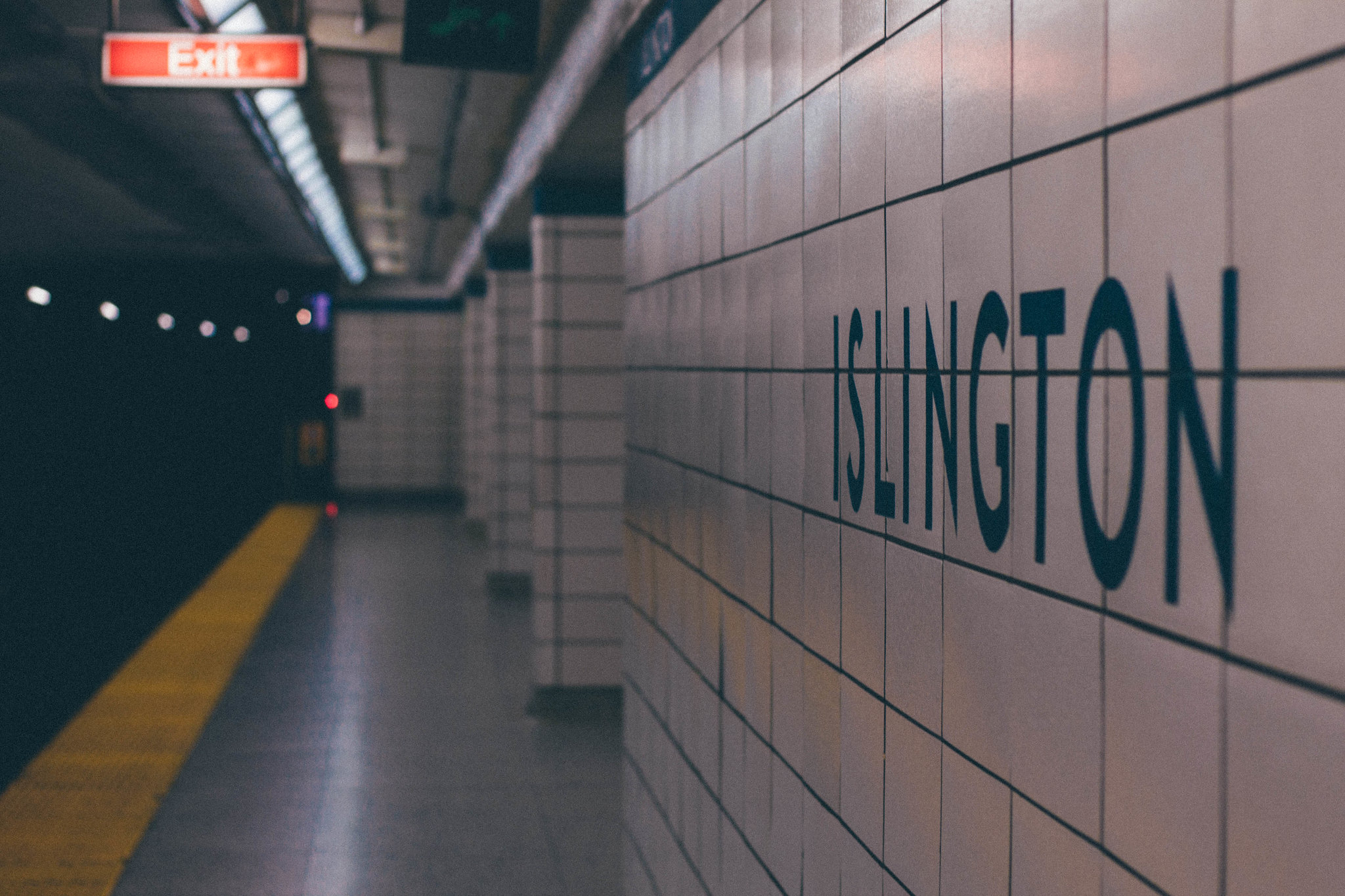 To facilitate the redevelopment, Islington station’s existing bus terminal, south entrance, and north entrance/Passenger Pick-up and Drop-off (PPUDO​) areas will be demolished. Other modifications will also be made to the service areas below the current south entrance, while the concourse roof structure will be repaired and strengthened, and the roof of the electrical room east of the existing terminal building with be replaced and structurally strengthened.

Islington Station redevelopment, image via submission to City of Toronto

Upgrades to Islington Avenue are designed to improve the interface between the concourse and the new bus terminal, and between the concourse and the street. The new bus terminal will connect to the surrounding road network via a new signalized driveway. Landscaping plans—also tasked to AECOM—call for public realm with new tree plantings around the new west entrance and terminal buildings. 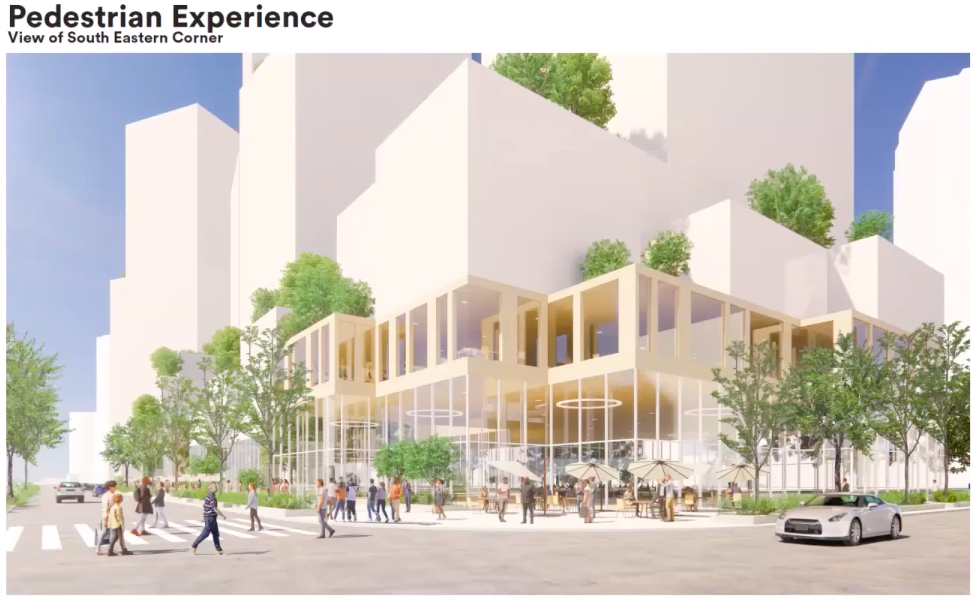 Conceptual rendering of the Bloor-Islington site, image via submission to the City of Toronto

Once bus services have moved to the new terminal, the area where the current bus terminal is will be ready for redevelopment under the City’s development arm, CreateTO. Plans are in the works—the City has assembled a team of designers led by Copenhagen-based Henning Larsen Architects, along with local firms Adamson Associates and PLANT Architect—which we detailed in a story from February of this year, and which you can read here.

You can learn more from our Database file for the subway station project, linked below. If you’d like to, you can join in on the conversation in the associated Project Forum thread, or leave a comment in the space provided on this page.