Last week, Metrolinx released its early-stage plans for stations on the western end of the future Ontario Line, a new rapid-transit line through Toronto extending between Exhibition Place and the intersection of Don Mills Road and Eglinton Avenue East. 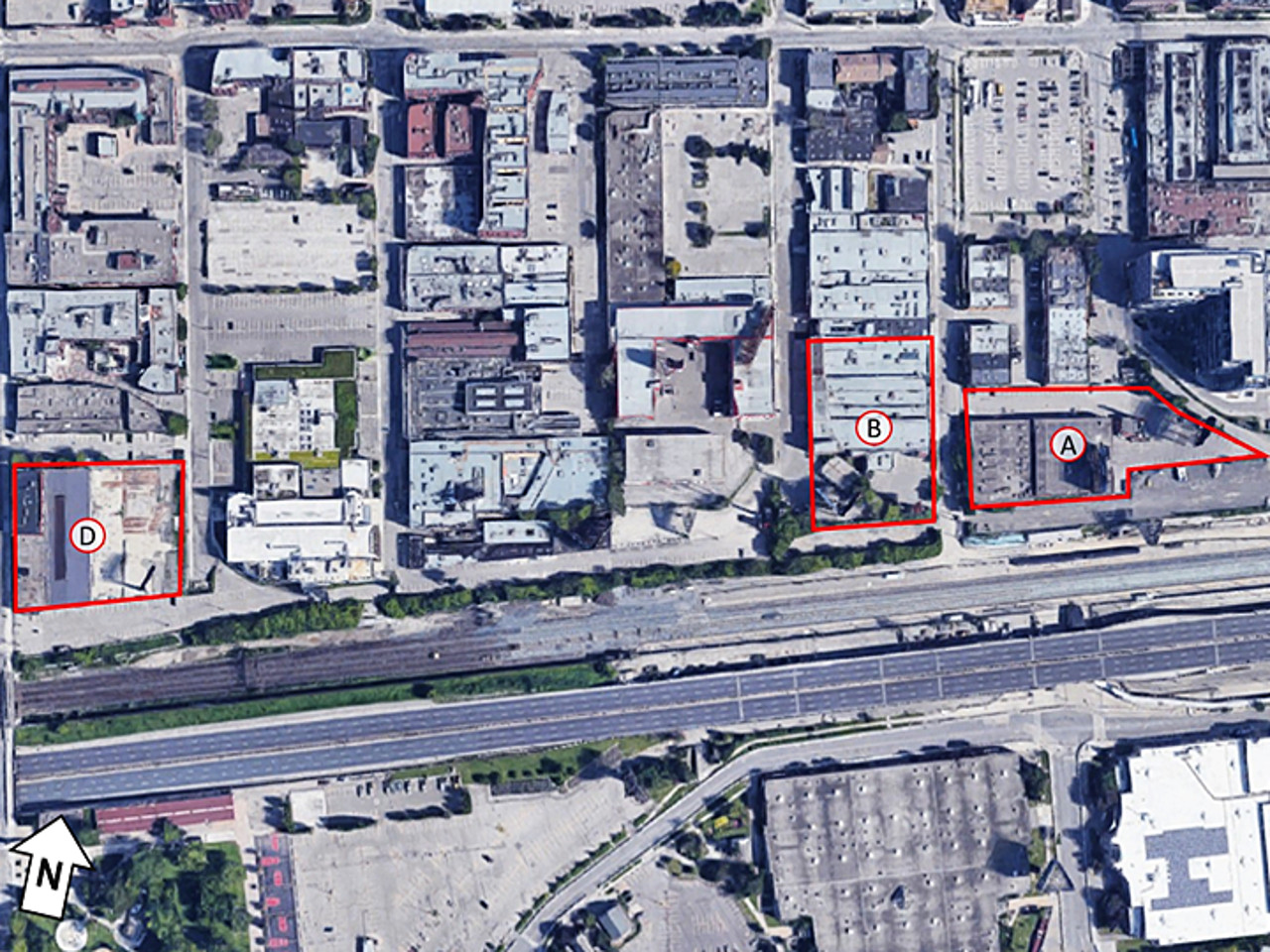 Later in the week, Infrastructure Ontario (IO) announced it had submitted proposals to the City of Toronto for transit-oriented communities near each of those three western stations. 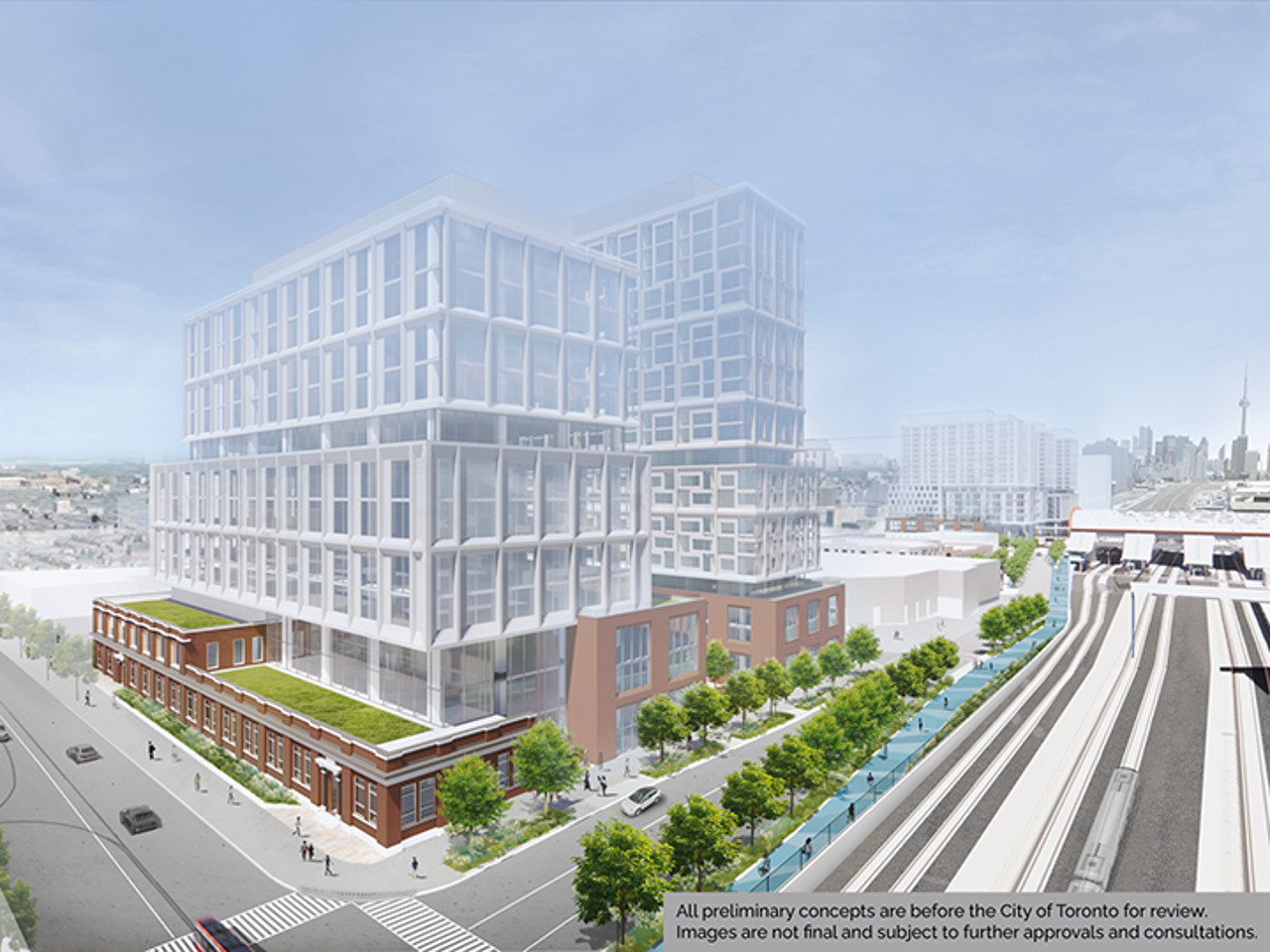 According to the Government of Ontario,

“Transit-oriented communities (TOC) are part of the government’s plan to build new, sustainable transit. TOC will enhance [rapid-transit projects] by placing more housing and jobs near or at transit stations [on] the routes of the province’s four priority subway projects. This will increase transit ridership and reduce traffic congestion. 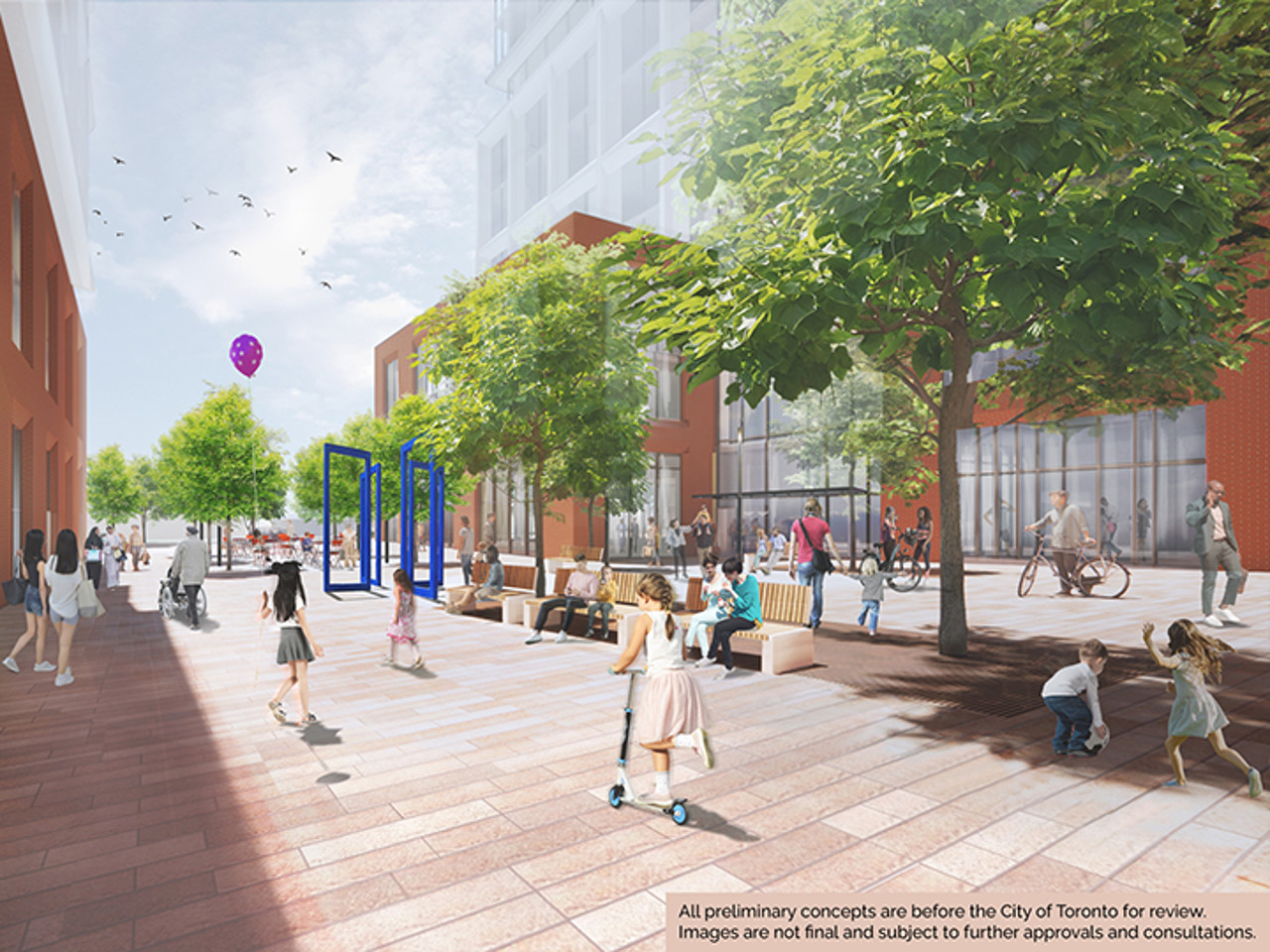 IO is proposing three properties near Exhibition Station for Ontario to develop as transit-oriented communities: 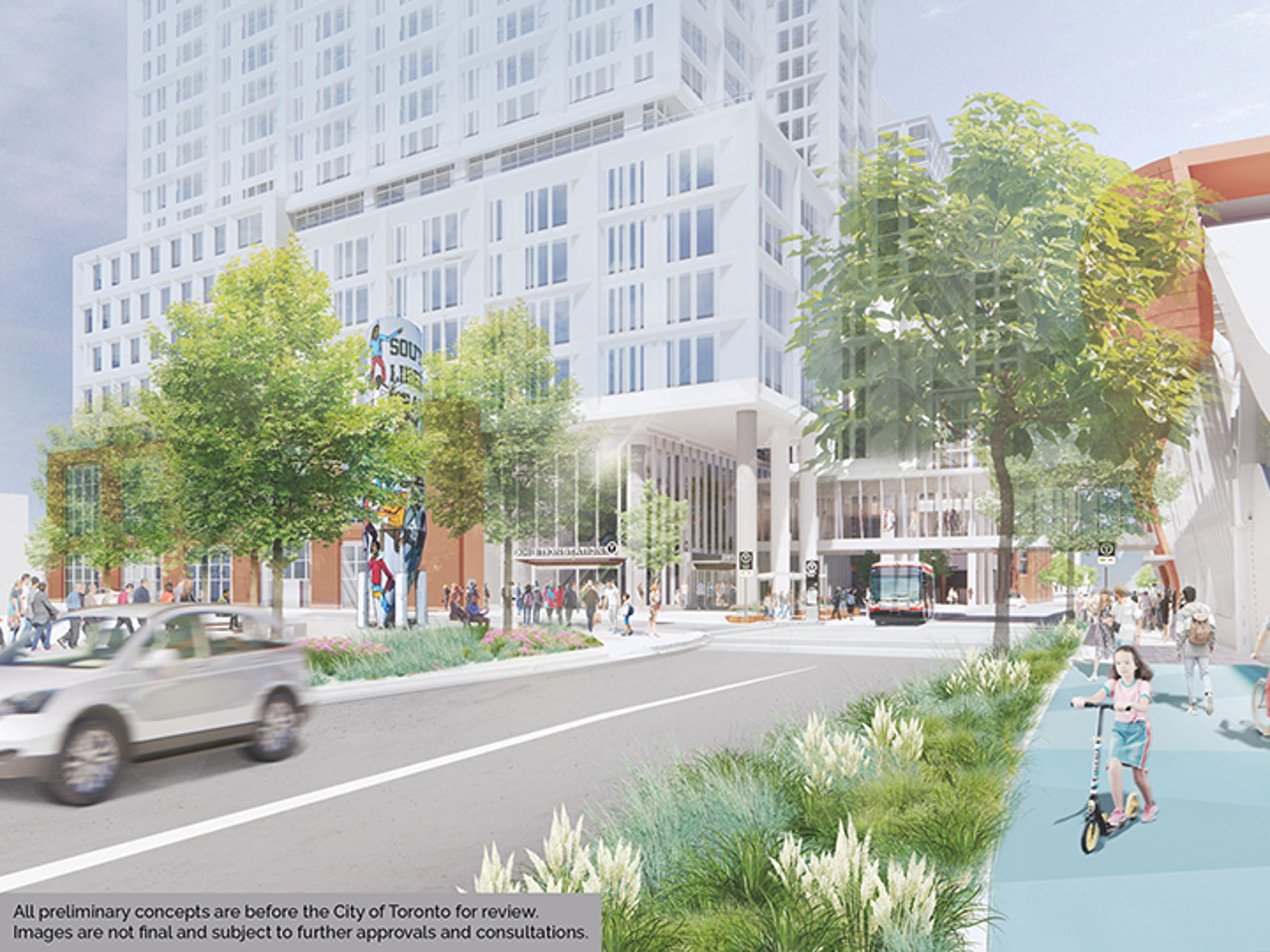 In a news release, IO explains, “The proposal would transform Exhibition Station into a connected transit hub with new housing, office, and retail space that would support approximately 2,300 jobs. Transit riders will be able to connect to GO Transit, TTC services, and the future Ontario Line subway, making it more convenient to get to this popular destination for sporting events, concerts, and other attractions, as well as the growing Liberty Village community.” 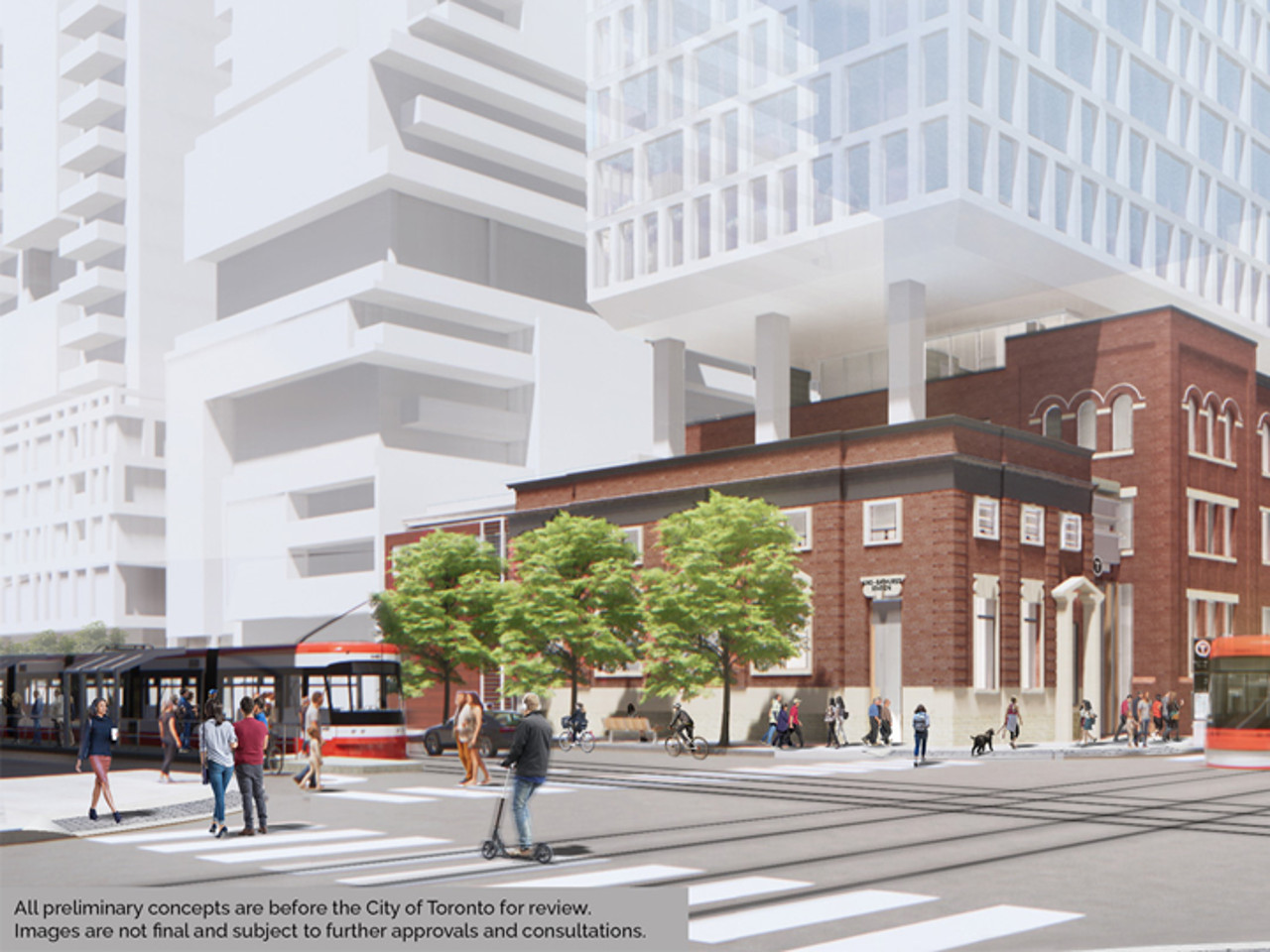 IO claims that the future growth potential for the King-Bathurst area depends on a transit station that will serve the surrounding neighbourhood and connect to TTC streetcars and rapid-transit service along the Ontario Line. It states, “The proposed station site will add more housing and office space to the area, while retaining heritage buildings and structures and the character of this vibrant neighbourhood.” 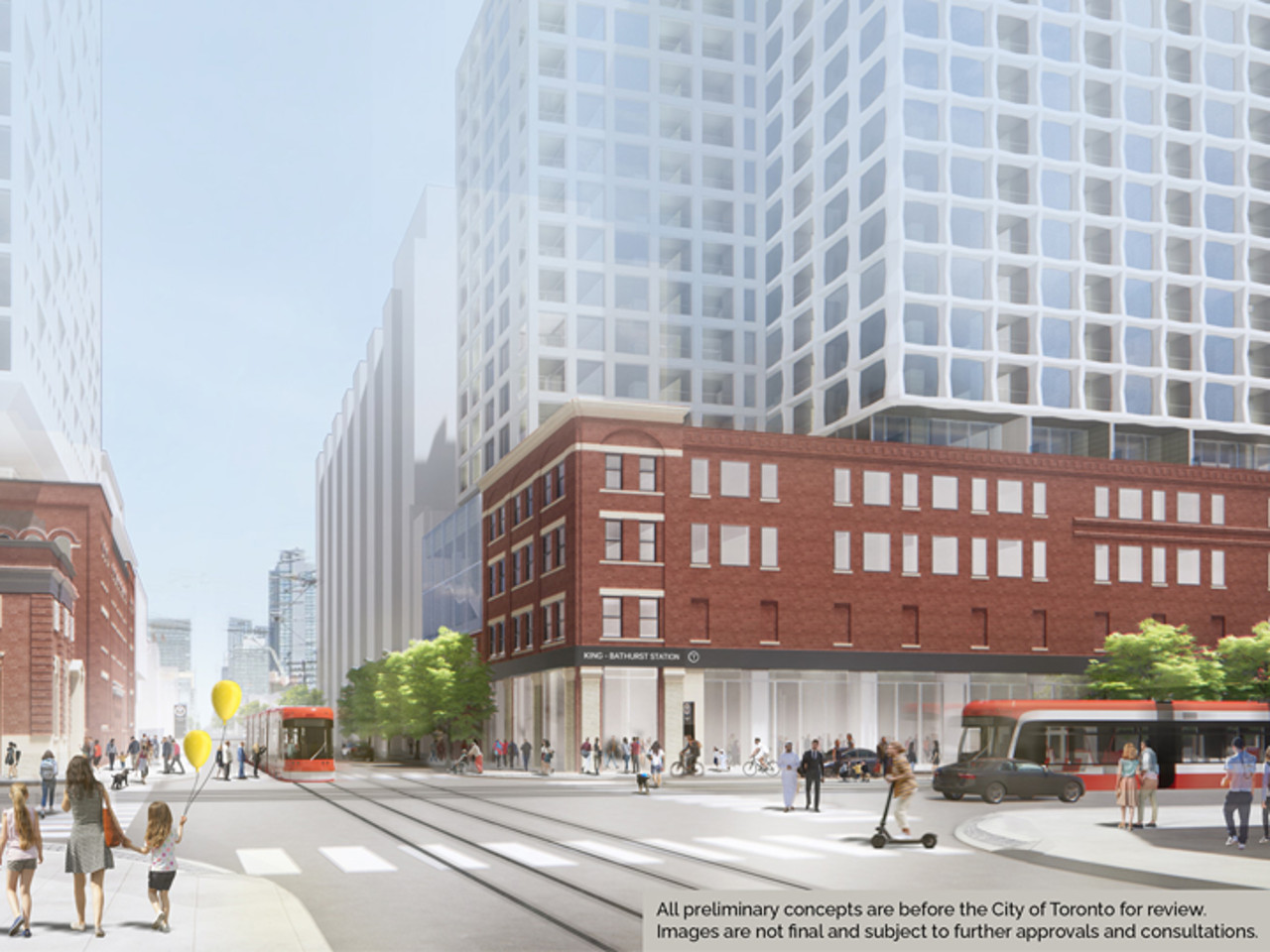 Two sites—both heritage buildings—would support station infrastructure and a TOC at the intersection of King Street West and Bathurst Street: 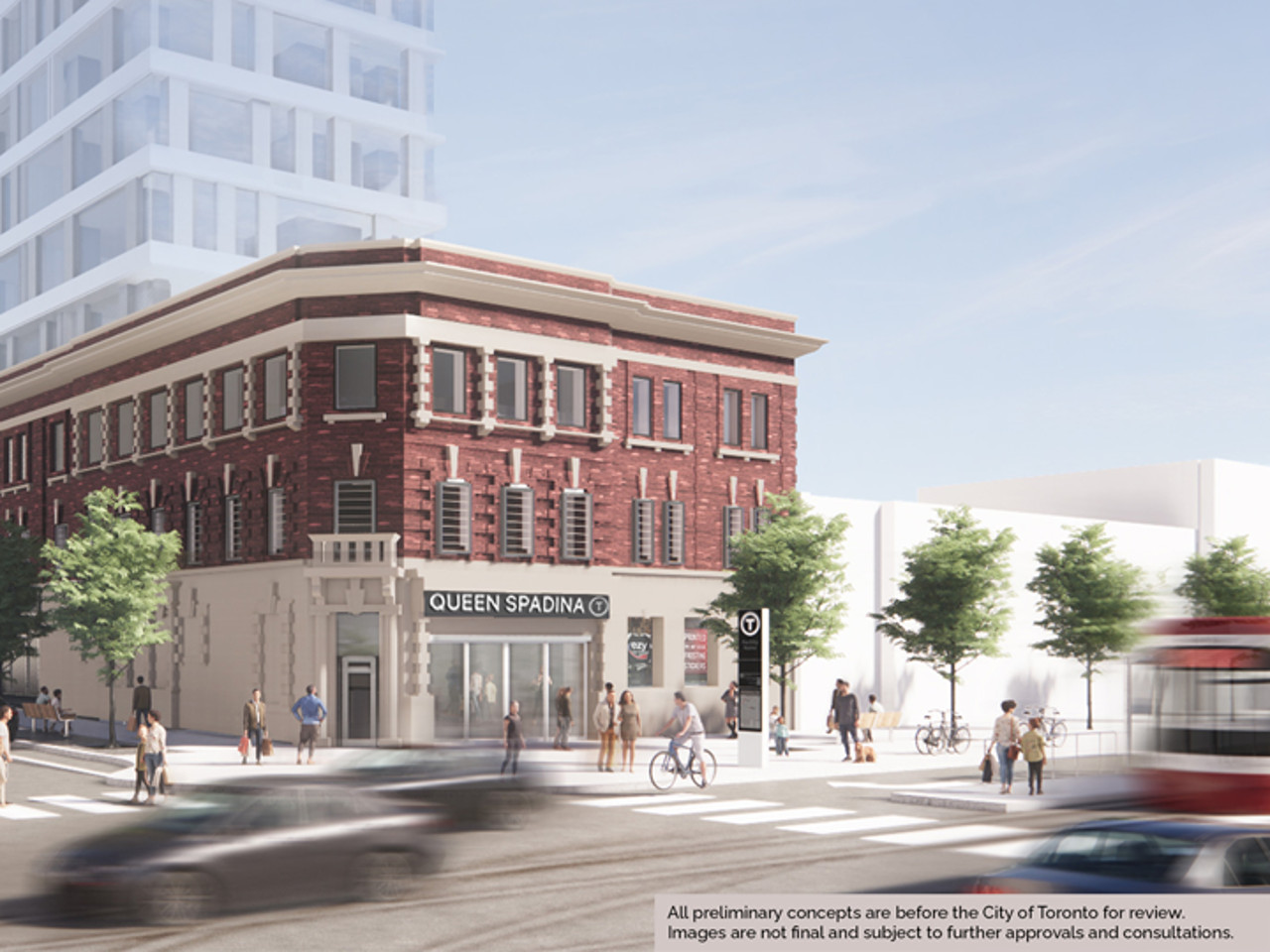 The proposed Queen-Spadina Station site will add more housing and retail space for businesses. IO has designated two sites for TOC at this intersection: 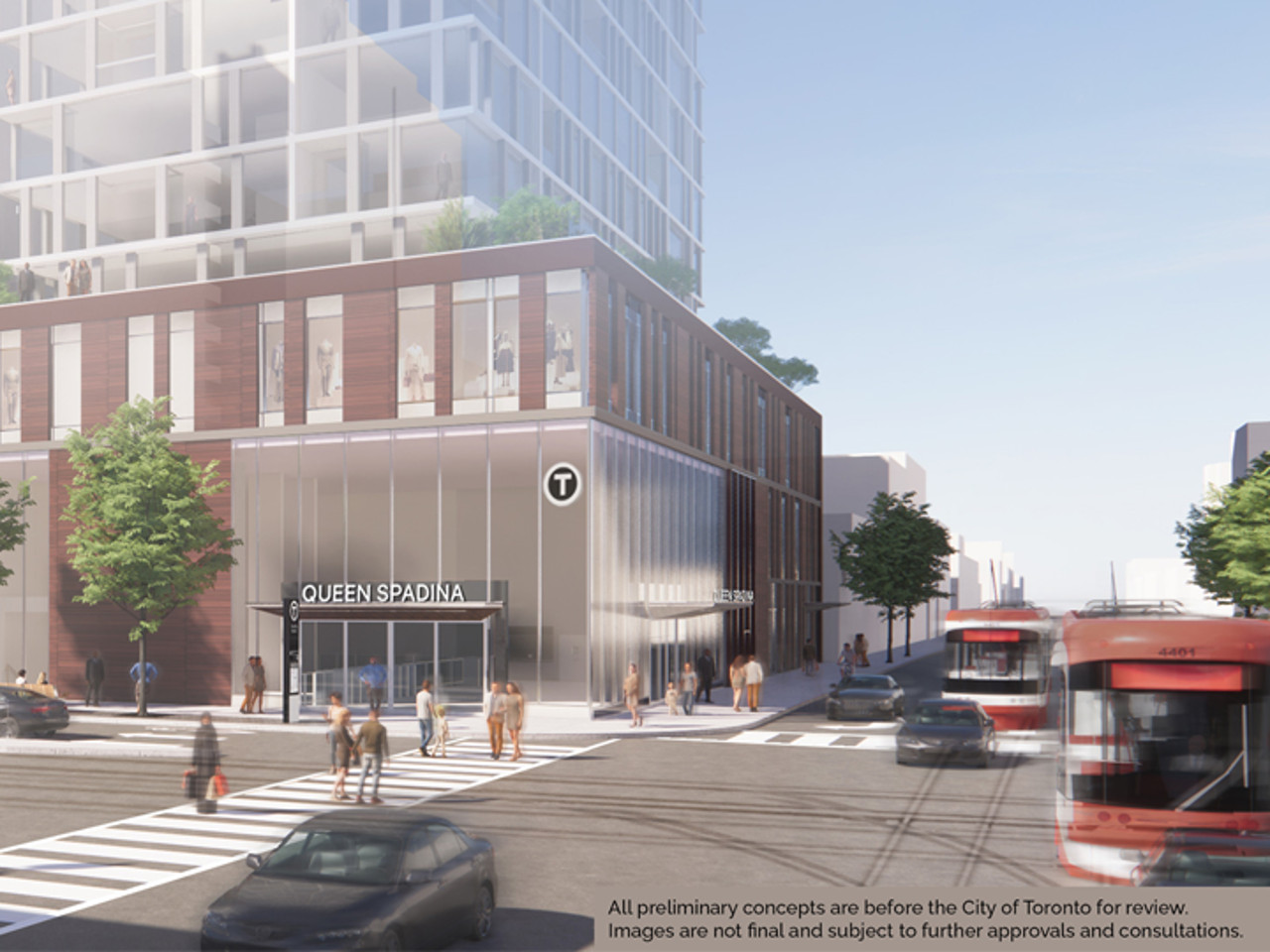 After City of Toronto staff have finished reviewing the early proposals for these properties, IO and the City will host public meetings to consult with members of the public about their plans. The meetings likely take place this Winter.

Want to get involved in the discussion? Check out the associated Forum thread, or leave a comment in the space on this page.