A June application tabled with the City of Toronto seeks Official Plan and Zoning By-law Amendments to bring a mixed-use development to 1500 St Clair West with condominium towers of 15 and 17 storeys. Proposed by the team of Alterra Group of Companies and Distrikt Developments, the plan would replace a site currently home to restaurant and industrial uses extending from the northwest corner of St Clair Avenue West and Caledonia Road. 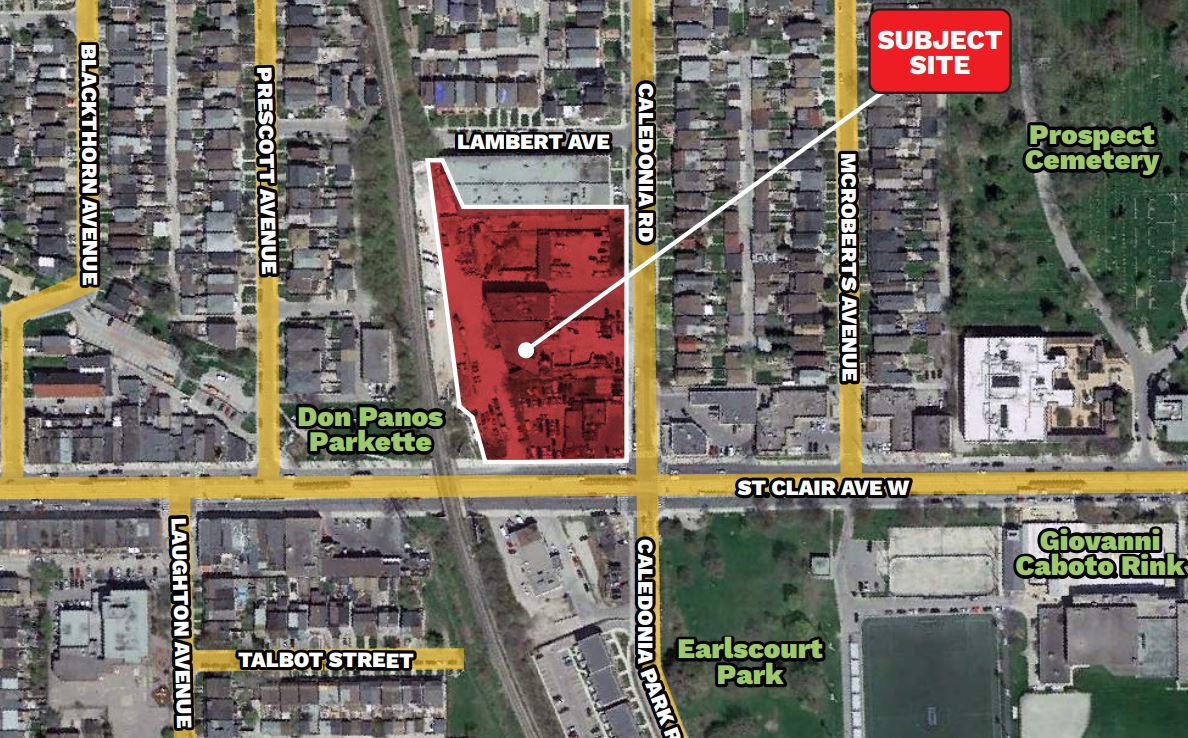 Designed by Sweeny &Co Architects with flowing continuous lines, the plan calls for a pair of Y-shaped buildings that would face each other on either side of a raised courtyard. The taller 17-storey building would rise at the south end of the site, with the 15-storey component planned on the north portion of the site. A two-storey podium would unite the buildings, and would be topped by a landscaped amenity terrace. 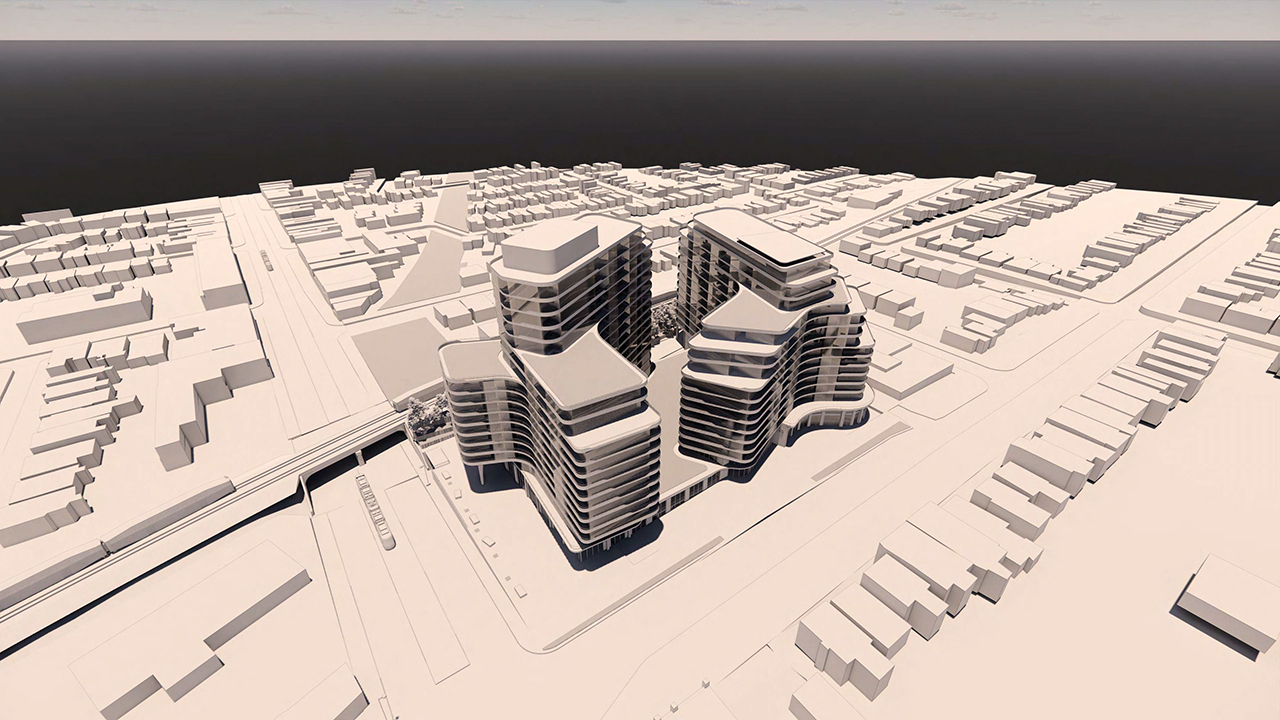 A total gross floor area (GFA) of approximately 47,514 m² would include 46,224 m² of residential space accounting for 98% of the total GFA, the remaining 1,290 m² of which would be ground level retail space. The plan aims to introduce substantial residential density to the block in the form of 753 condominium units, proposed in a mix of 564 one-bedrooms, 114 two-bedrooms, and 75 three-bedrooms.

Parking for the complex is proposed across three levels, one of them underground plus two hidden from the street on the podium levels. A total of 332 parking spaces are proposed across both buildings, planned in a mix of 243 for long-term resident use, and 89 short-term spaces for visitors. 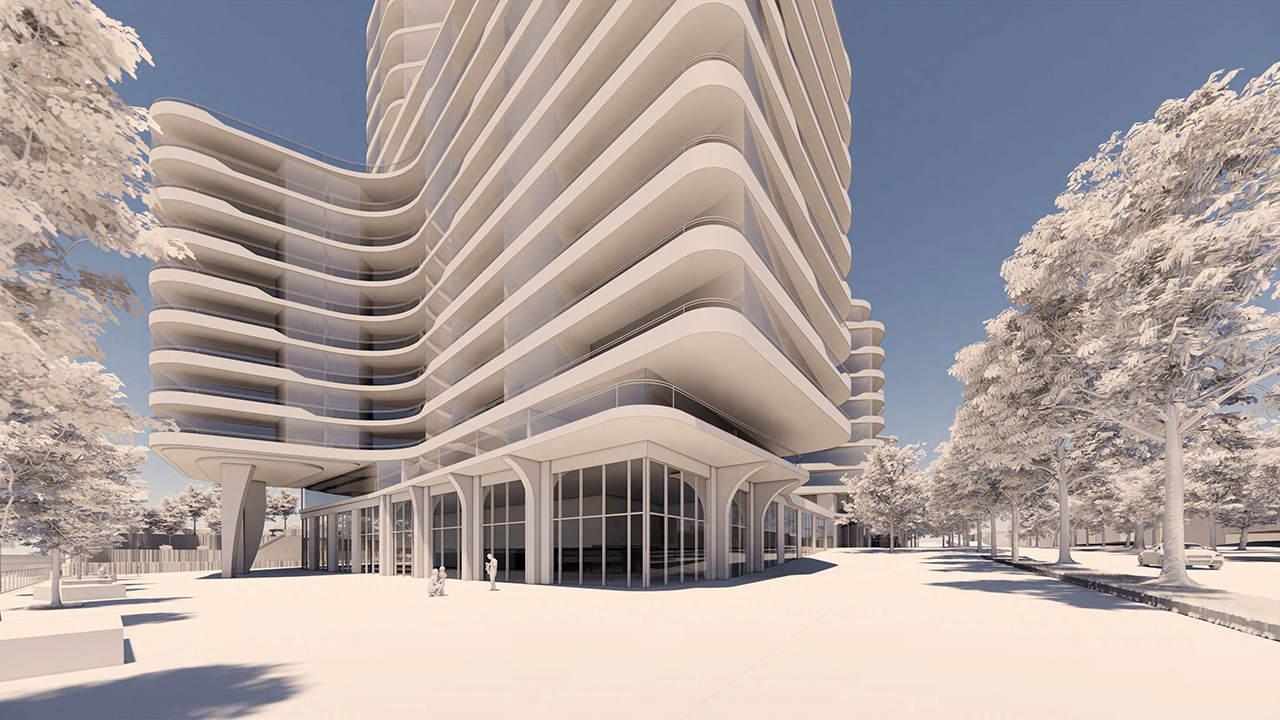 1500 St Clair West, image via submission to City of Toronto

A public realm design from Land Art Design Landscape Architects Inc includes plans to construct a publicly accessible piazza along the site’s St. Clair Avenue West frontage. To the west, a publicly accessible landscaped pedestrian/cycling trail is planned to run parallel to the rail corridor. The path would connect St Clair Avenue West to Lambert Avenue just north of the site, and eventually a much longer path running through this area of the city. Besidfe the path would be a derailment crash wall with a 2.5-metre earth berm.