The site of the TTC’s former Lansdowne Bus Garage at 640 Lansdowne Avenue in Toronto’s Wallace Emerson neighbourhood is finally set to be redeveloped. A lengthy battle between General Electric and the TTC regarding site contamination followed demolition of the garage in 2003, and was finally resolved in 2016. Identified as a potential site for affordable housing through the City’s Open Door Program and managed under the portfolio of City-run real estate arm CreateTO, it was announced in 2019 that Magellan Community Charities had secured the vacant lands to construct a new long-term care (LTC) home in support of the Portuguese-Canadian community, to be developed with an affordable housing component as per the Open Door Program’s goals.

The seven-storey Magellan Centre features a slab-style massing, articulated into volumes with alternating architectural treatments of brick and glazing. Inside, 265 long-term care beds and 60 assisted living units are proposed. The intention was for construction of the Magellan Centre to begin in 2020, with the official opening initially planned to coincide with the 500th anniversary of Ferdinand Magellan’s exploration in October, 2022. That date was sidelined by the COVID-19 pandemic, conditions which have only increased the pressing need for new LTC beds in modern facilities that are better equipped to handle future challenges. 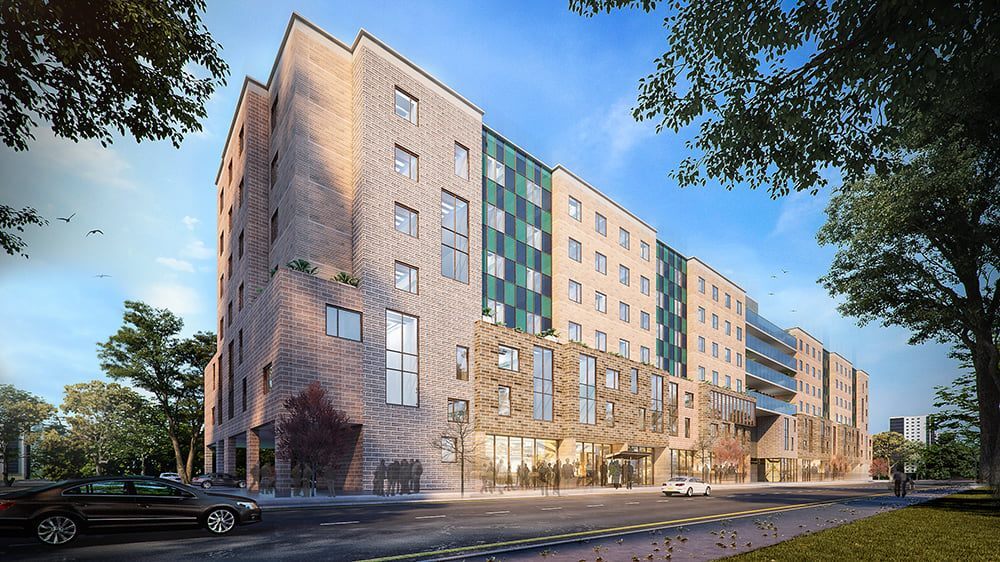 News has been trickling out regarding plans for the LTC facility since the 2019 announcement, with an October, 2020 announcement that Corebuild Construction Ltd had been selected as the lead contractor for the new building. Most recently, a news release added more information to the picture, announcing that The Carpenters’ District Council of Ontario (CDCO) along with a pair of its local unions, UBCJA Local 27 and D.A.L.I Local 675, have teamed up to provide $1 million towards the construction of the Magellan Centre.

A statement issued by Tony Iannuzzi, the CDCO’s Executive Secretary-Treasurer, says that members of both unions were “honoured and proud to make a contribution,” and that the donation represents “one of the simplest decisions we’ve ever had to make. All you have to do is look around Toronto to see the huge contribution which the Portuguese community has made to our City and so our Union has no hesitation in giving something back to that community in order to say thank you”. Iannuzzi added that “everyone knows what the Portuguese community means to our Union and construction in the GTA and so it’s a no-brainer for our whole industry to help them out with this great project.” 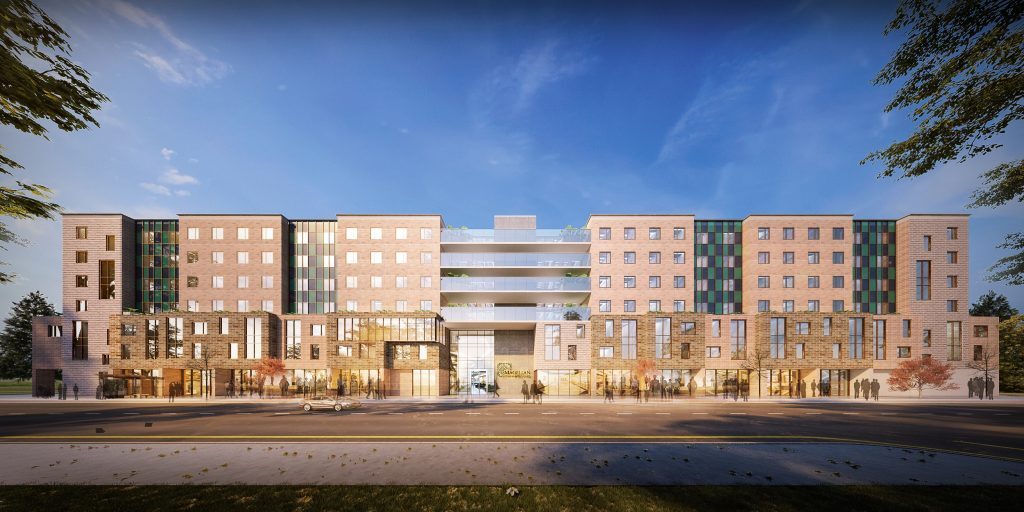 Julio DaSilva of Local 675 and Horacio Leal of Local 27—both members of Toronto’s Portuguese-Canadian community—facilitated the Carpenters Union’s involvement with Magellan Community Charities. DaSilva and Leal issued a joint statement declaring “For Portuguese people, taking care of our seniors is vital. It’s something we do because we love and respect them. We do it to show them how thankful we are for everything they have done for us and because of this, we are so grateful to all of the members of our Union for supporting this project in such a big way.”

An additional $100,000 was donated by the Concrete Forming Association of Ontario (CFAO), its Executive Director Rocco Lotito standing behind the value of this project with a statement reading “The CFAO is pleased to support this ‘state of the art’ center which is so crucial to the Portuguese community and seniors–those who have contributed so much to Canada.”

Funding for the construction of desperately-needed LTC beds is one facet of Local 27’s contribution to preparation for future outbreaks. The union is also helping the drive to vaccinate through a new initiative announced by their Board of Trustees, announcing that a Benefit Trust Fund will provide a one-time COVID-19 Vaccination Subsidy in the amount of $450 for all active union members who are certified as fully vaccinated against the COVID-19 virus by the end of the year. This marks the first such initiative of its kind in the construction sector, setting a precedent for other unions to step forward and make a push to incentivize the vaccination of their members.

You can learn more from our Database file for the Magellan Centre, linked below. If you’d like to, you can join in on the conversation in the associated Project Forum thread, or leave a comment in the space provided on this page.