University of Toronto Schools Rebuild Progresses at Huron and Bloor

Notable prep school University of Toronto Schools (UTS) is undergoing a major rebuilding of its facility at Huron and Bloor streets, with a modern new wing being built alongside an extensive renovation of the school’s existing heritage building. During the work, UTS’ faculty and students have been relocated to a disused TDCSB school in the Queen and Ossington area as of Fall, 2018. The addition and renovation of the Huron and Bloor site have made substantial progress since we last checked in on construction in 2019. 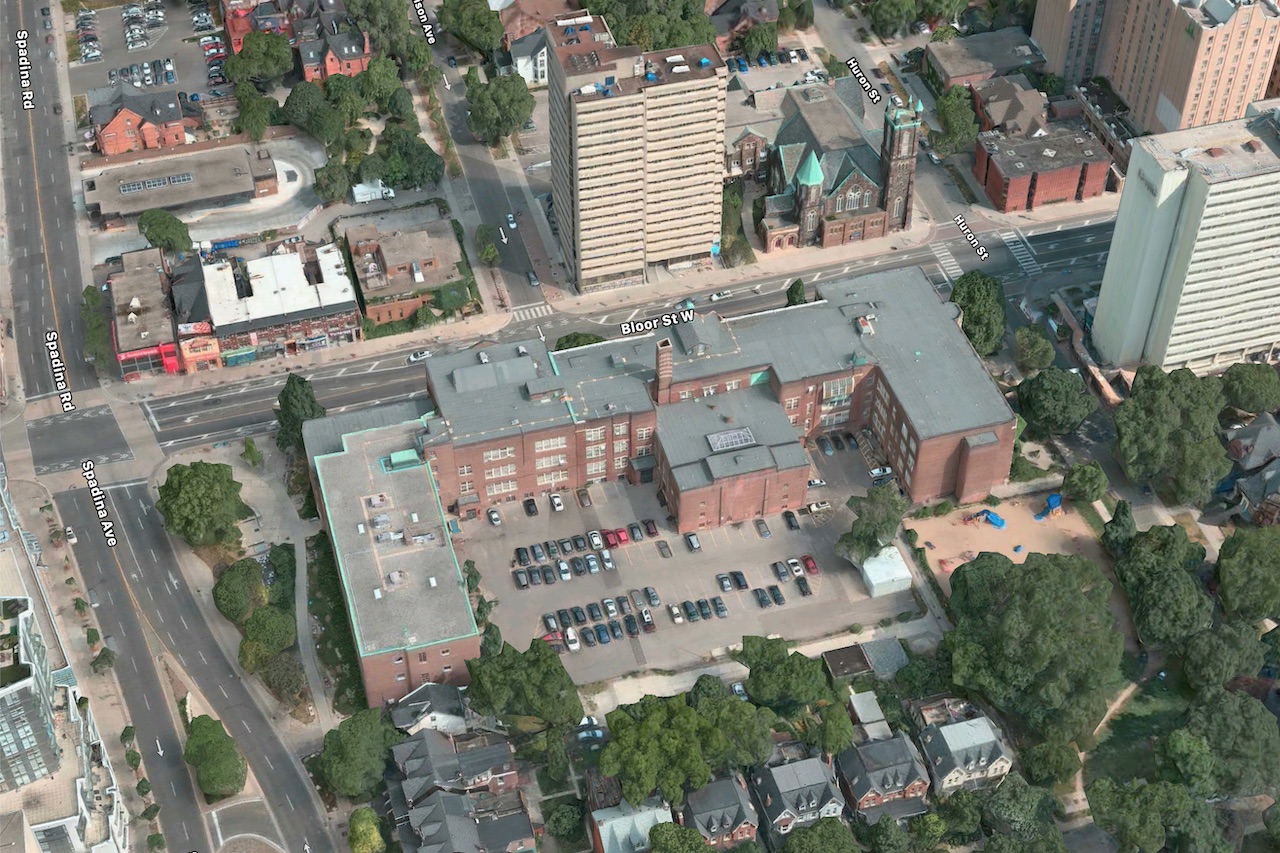 Looking north to the UTS/U of T building on Bloor between Spadina and Huron, image retrieved from Apple Maps

The project consists of a new three-storey wing designed by Diamond Schmitt Architects, with ERA Architects overseeing the heritage restoration of the original building. The new addition, now structurally complete, extends the east section of the E-shaped building southwards into an area that was used as a playground, while filling in the eastern bay of the parking lot. The expansion on the east side of the building will allow UTS to fully move into that section, while opening up the building’s west side for future redevelopment by the University of Toronto. 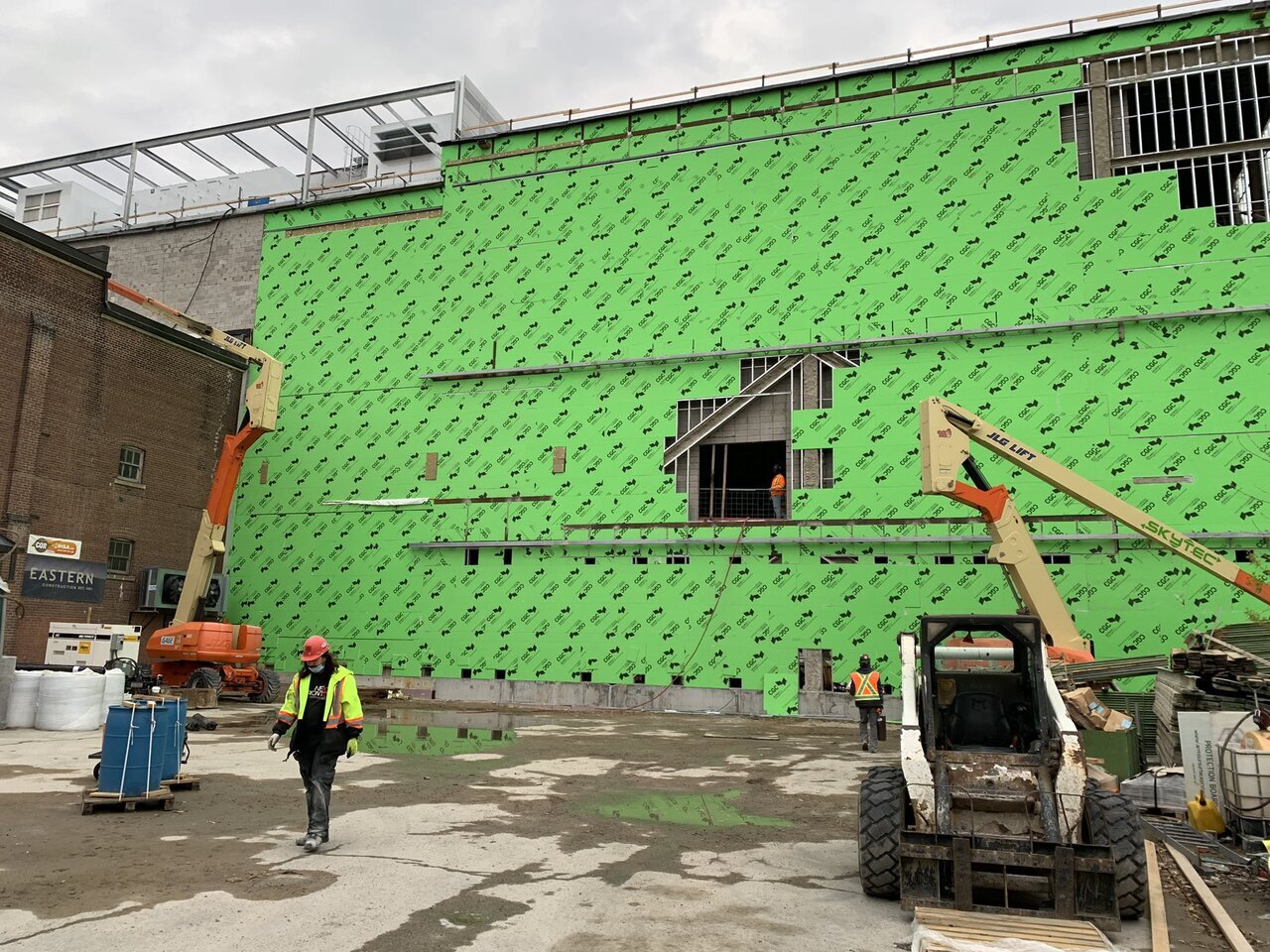 When we last checked in on the project’s construction status in September, 2019, excavation was ongoing for the addition’s two basement levels, with the dig revealing the vertical walls of the pile and lagging shoring system in the process, where horizontal tieback drilling was progressing. Approaching two years later, the addition has topped out about 20 metres high. 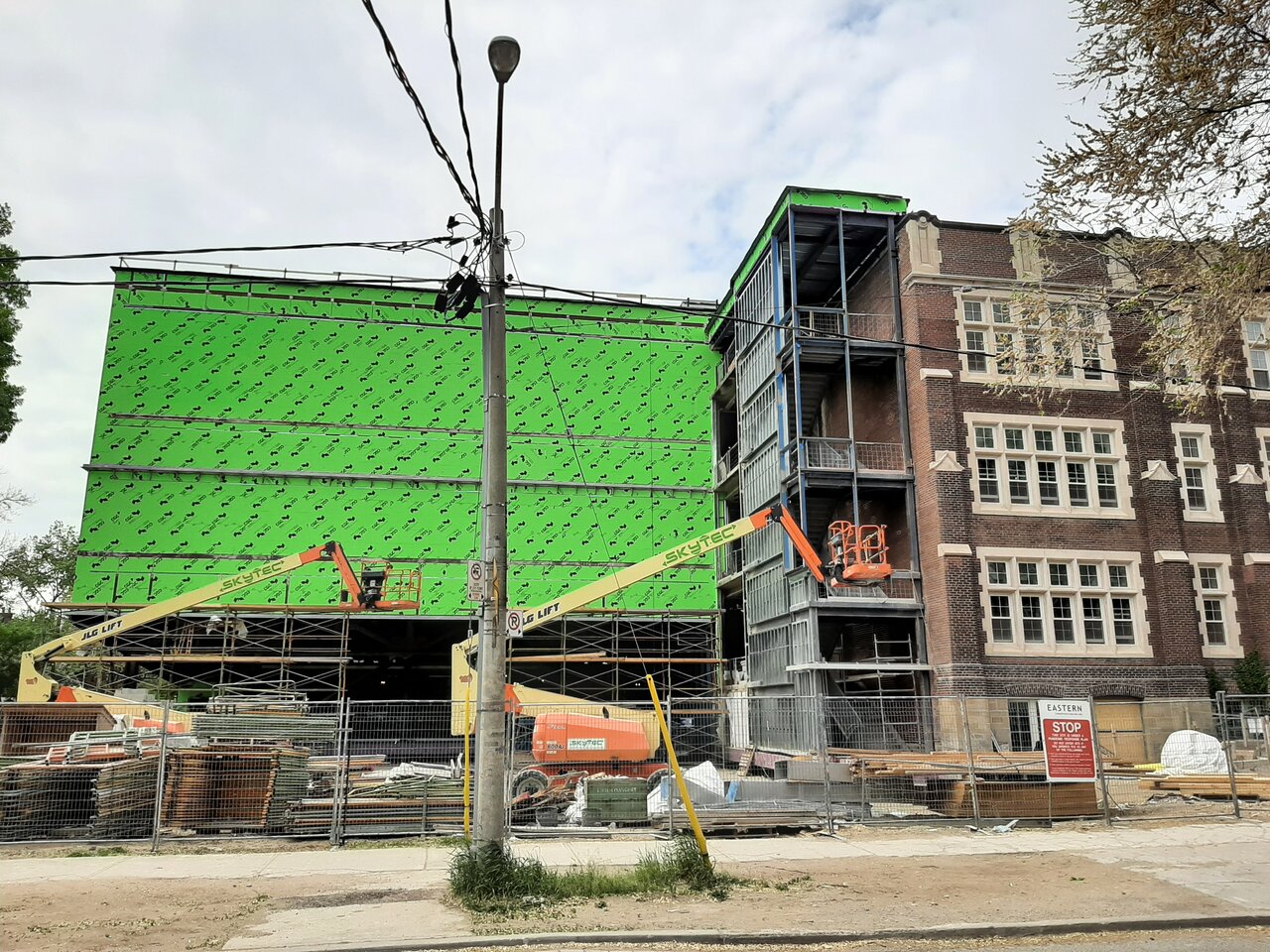 On the Huron Street side, a stairwell frames the end of the heritage building. The addition behind will host several new spaces for UTS, including a new gymnasium constructed two storeys below ground, (the gym extends underground nearly all the way to the sidewalk) a new library and learning commons at ground level under the cantilever, a new auditorium above the library on the upper levels, and new classrooms, studios, and atrium space to the north of auditorium. 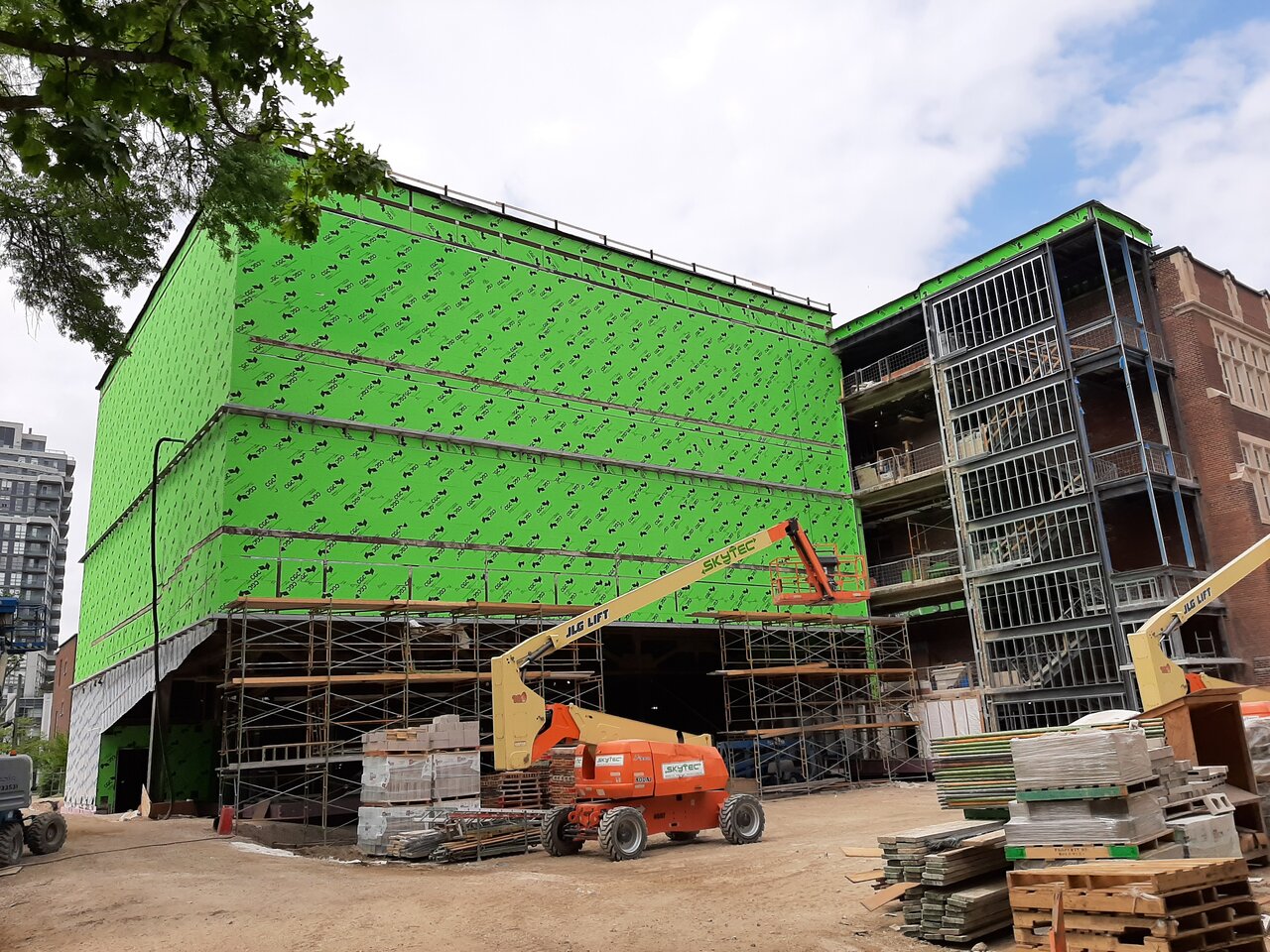 The exterior design will become more apparent in the coming months, as the current weatherproof membranes hint at the coming installation of exterior cladding. Down at street level, the building’s cutaway cantilevered base is partially hidden by a scaffold and will become more noticeable when these work platforms are removed. 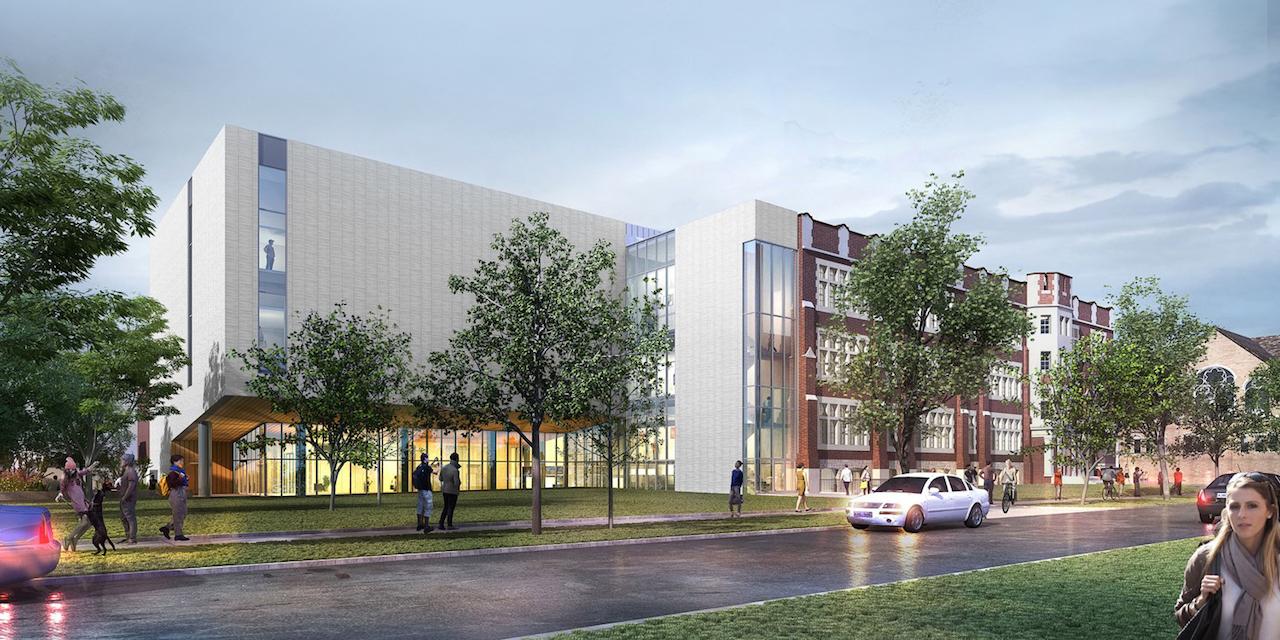 New addition at UTS, image via submission to City of Toronto