Via Bloor Topping Off Above Bloor and Parliament

The northern edge of Toronto’s St James Town neighbourhood is now showing off a more modern look, as construction advances at Tridel‘s Via Bloor development on a wedge-shaped site at Bloor and Parliament streets. Part of the area’s long-term, mixed-income revitalization, the architects—Alliance-designed complex, this market condominium project has been active since early 2018, and its 38 and 46-storey towers are now reaching their final heights. 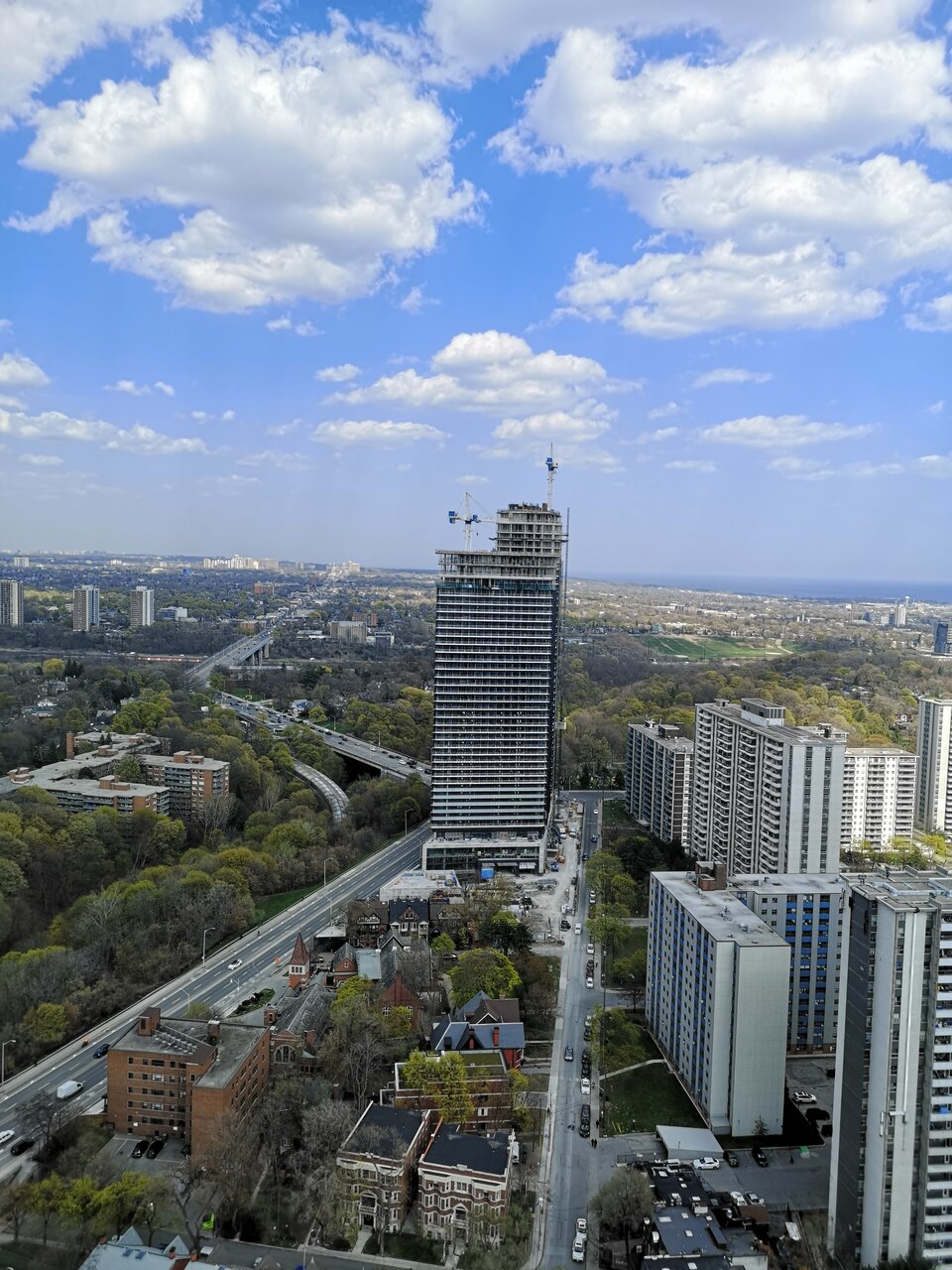 Looking east to Via Bloor, image by Forum contributor NoahB

We last checked in on the project in October when the taller, capsule-shaped east tower had risen 28 storeys high, with cladding enclosing sections as high as the 16th floor, and the shorter, rectilinear west tower stood 25 storeys high with cladding reaching the 14th floor. Now over six months later, and just over three years into the construction process, the buildings are celebrating a milestone as they top out at heights of 116.43 and 138.37 metres. 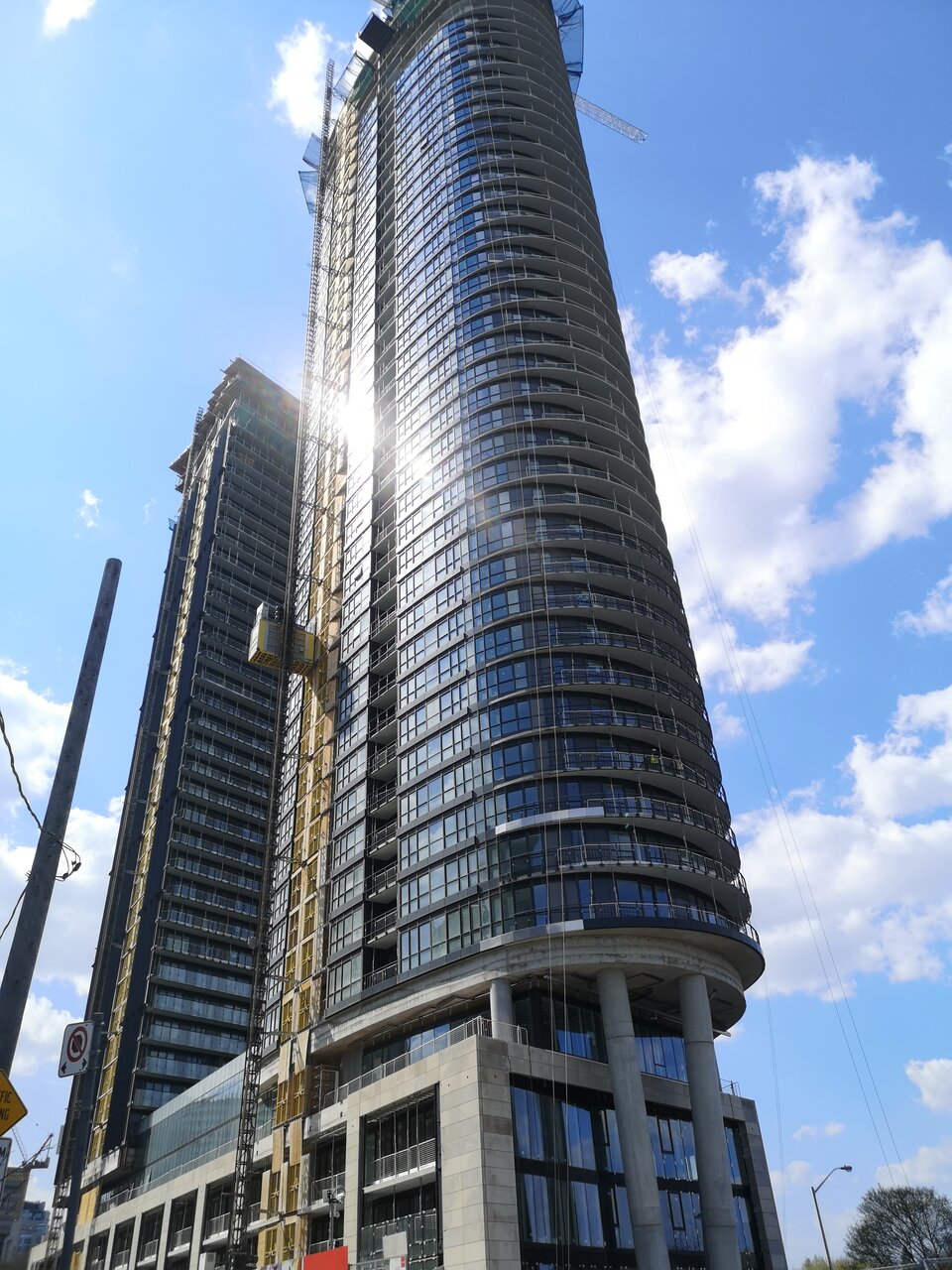 Looking west to east tower at Via Bloor, image by Forum contributor NoahB

The taller tower is now having its mechanical penthouse level formed above the structurally-complete residential floors. The roof of this floor marks the upper extent of the tower, an imminent milestone. Meanwhile, the shorter 38-storey tower has already topped out, its mechanical floors wrapped by two-storey penthouses that give the tower a sleek, minimalist roofline. Cladding installation has also progressed significantly in the half-year since our last update; all but the final few residential levels are now enclosed in window wall cladding, while most recently, installation of the west tower’s glass balcony guards has begun. 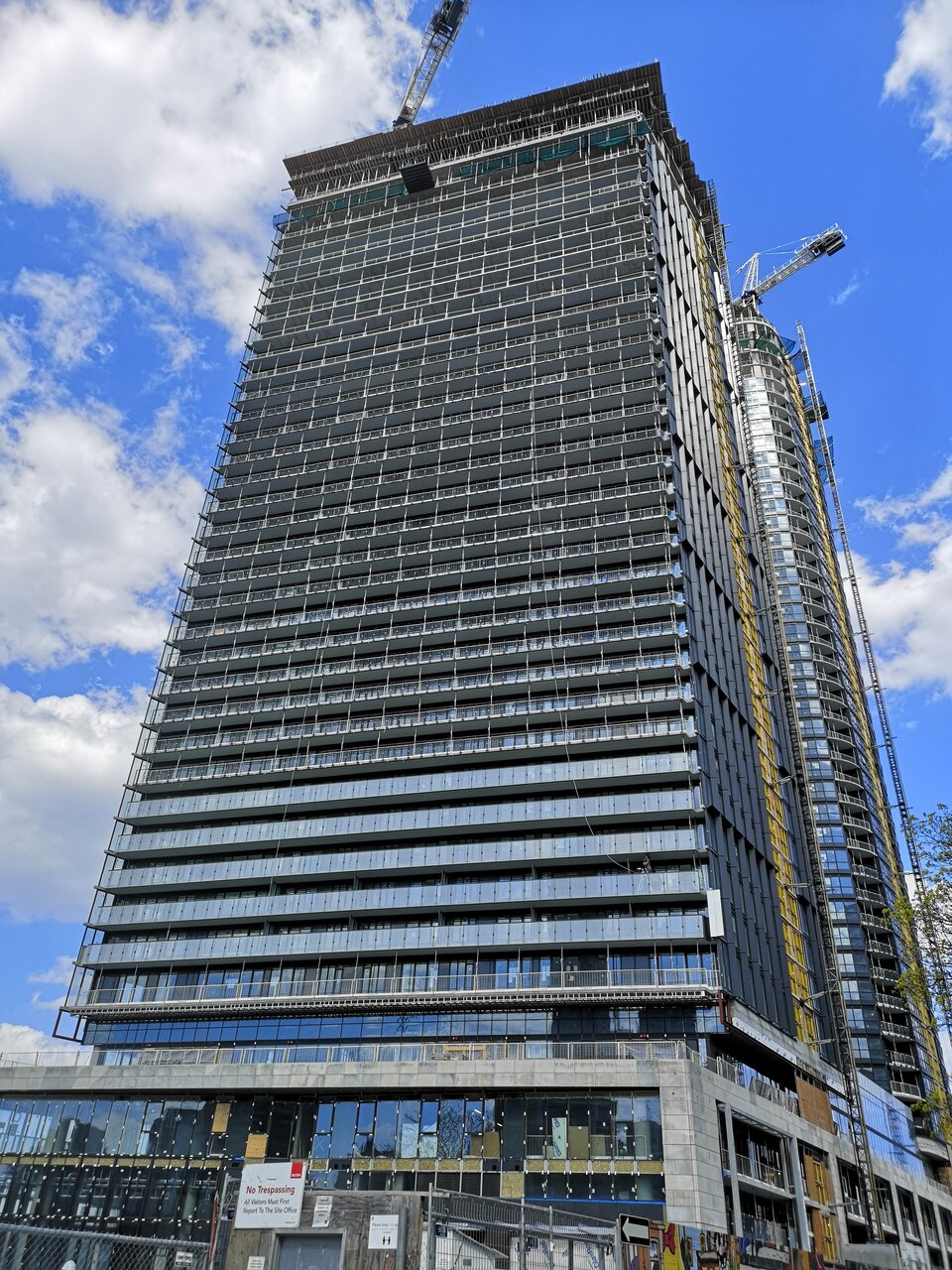 Looking east to west tower at Via Bloor, image by Forum contributor NoahB

At ground level, the complex also features a new public space at its wedge-shaped east end, while 16,000 ft² of retail in the podium and a pavilion at the west end of the site will help animate this stretch of Bloor, which has lacked a pedestrian presence. This standalone pavilion is now structurally complete and largely enclosed. 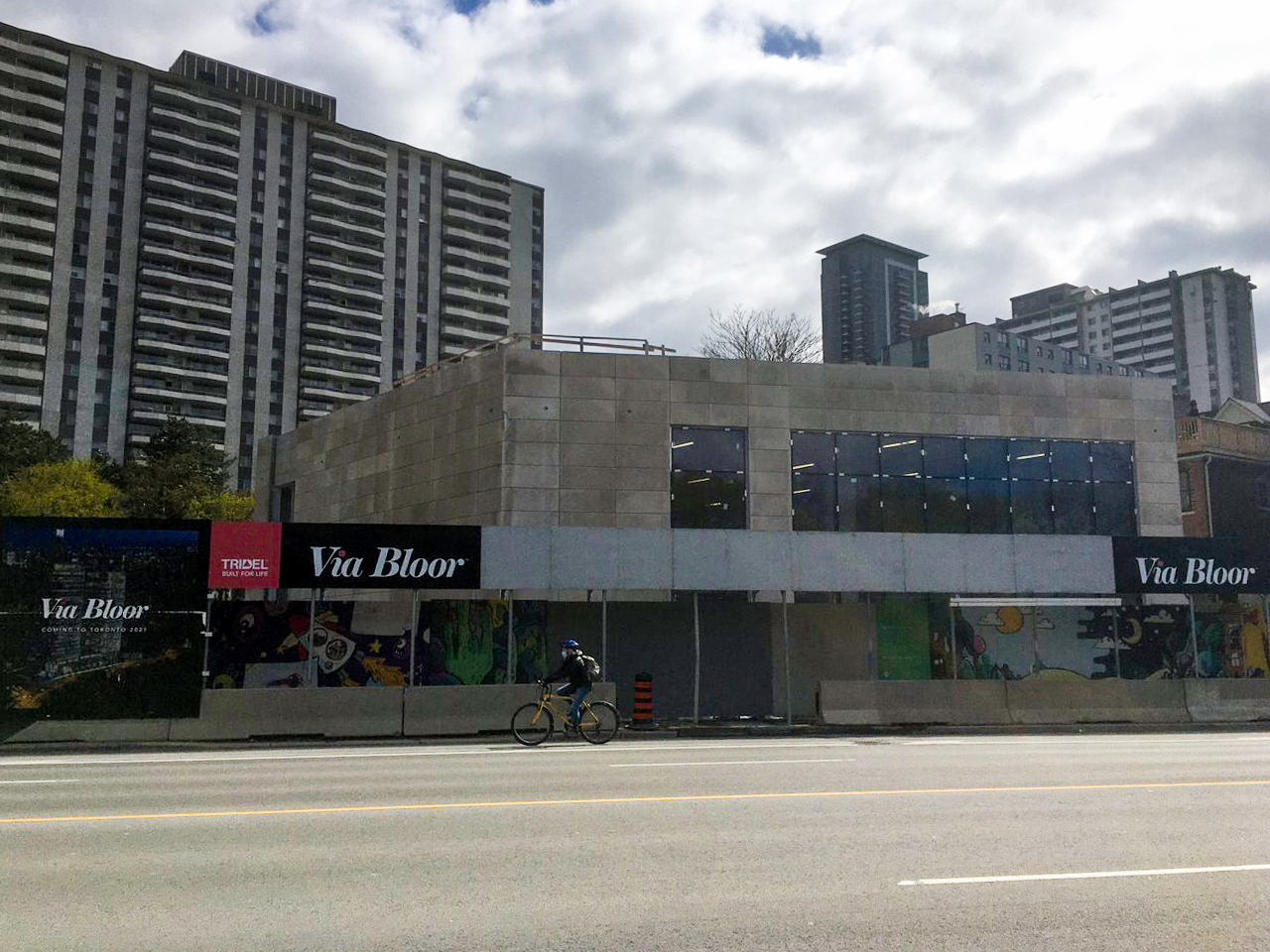 Retail pavilion at Via Bloor, image by Forum contributor Rascacielo

The complex is expecting to welcome its first residents later this year. 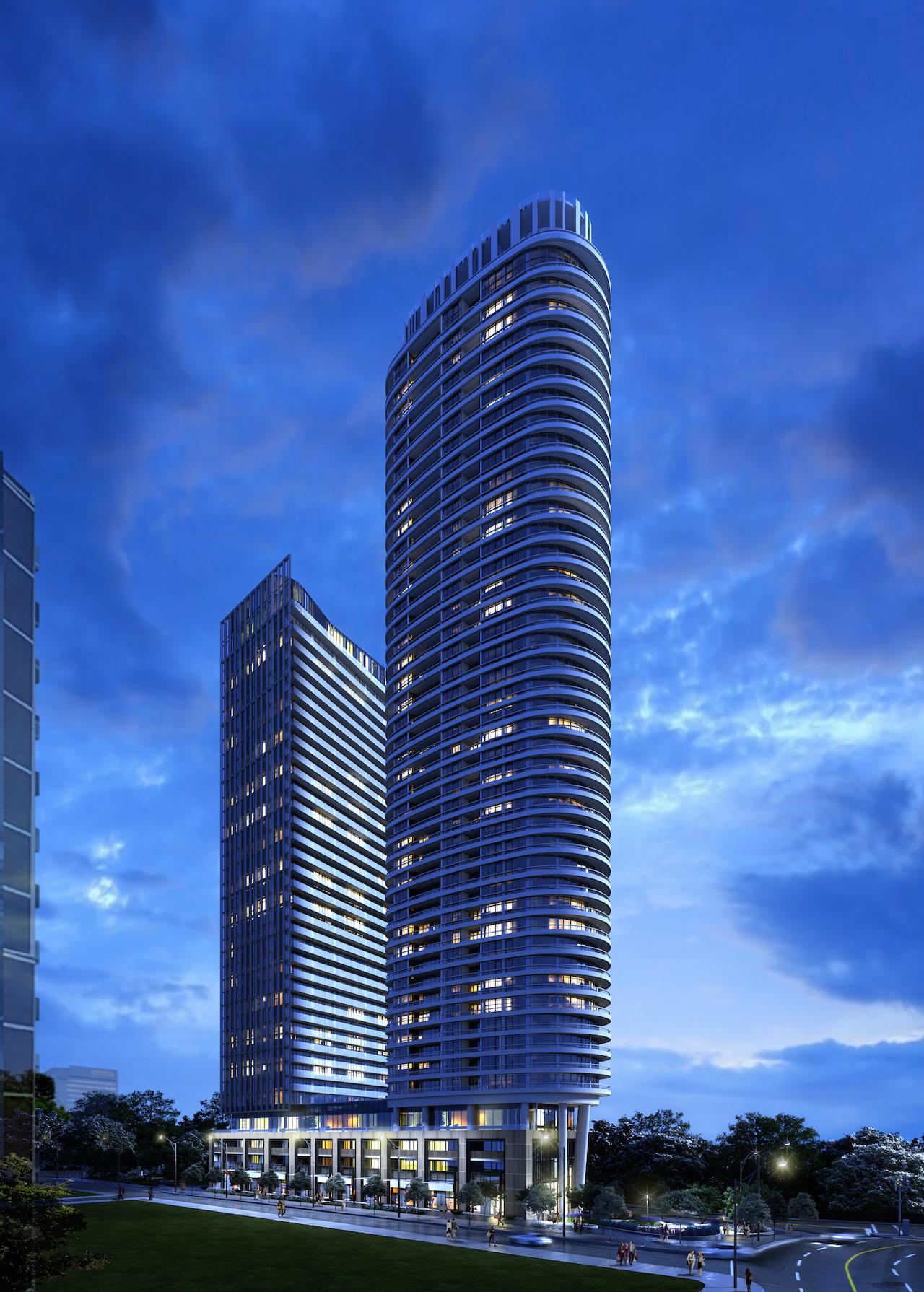 Looking northwest to Via Bloor, image courtesy of Tridel