The 2017 opening of the Toronto-York Spadina Subway Extension primed the Downsview area for further intensification. Between Sheppard West and Downsview Park subway stations, a curving stretch of Sheppard hugging the north end of the Canadian Forces Base and National Urban Park is the site of the next condominium development from CentreCourt. Named in a nod to the abundant transportation infrastructure and the West Coast-inspired living of the project’s marketing, WestLine Condos will rise on a vacant lot on the north side of Sheppard, just west of Allen Road. 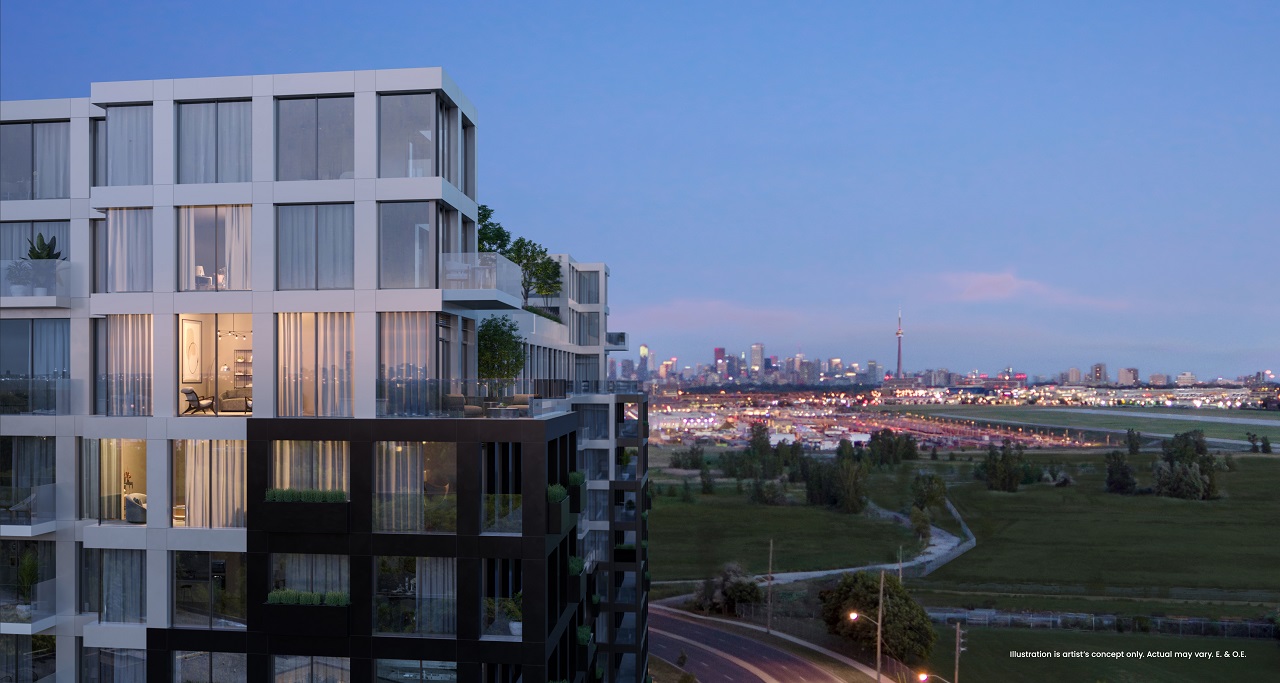 Designed by IBI Group, WestLine is to rise 14 storeys, matching the height and density of surrounding developments while setting itself apart with a unique massing of two converging forms. A black massing features enclosed balconies, and forms a prominent W shape over the Sheppard Avenue frontage. This unconventional form wraps around a more traditional interior massing with white exterior finishes and projecting balconies. 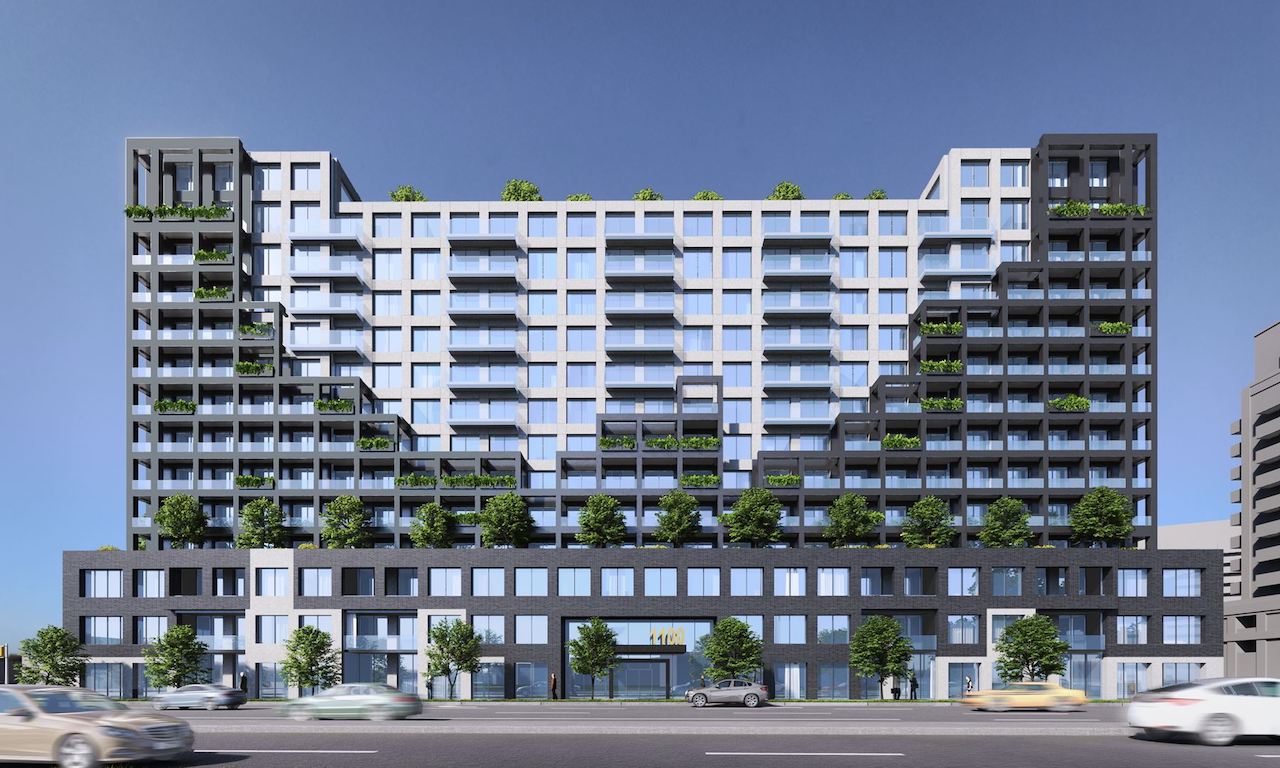 A total of 424 condominium units are planned at WestLine, available in layouts between one and three bedrooms, ranging from 424 ft² to 1,200 ft² in area. The building will offer its residents over 12,000 ft² of amenity spaces including a spacious rooftop terrace, a private dining room, and a modern co-working space. One standout space we’re looking forward to getting a first glimpse of is the elite fitness centre including a bouldering wall.

With both Sheppard West and Downsview Park subway stations—the latter also home to a stop on the GO Barrie Line—within easy walking distance (450m and approximately 1km respectively) WestLine will offer residents quick and easy commutes for both local and regional destinations. Even more transit is coming to the area, with the Line 6 Finch West LRT currently under construction less than two kilometres to the north. Motorists will be just a quick hop from Highway 401 via the Allen Expressway, offering easy connectivity for a wide range of demographics.

More details are expected to be revealed in the near future, and a project registration page is now live for those looking to learn more.