Windows Start Going In at Rush Condos as Work Progresses

A new mid-rise building continues to progress through the stages of construction on Toronto’s famous ‘Graffiti Alley.’ Alterra Group‘s Rush Condos. located at Richmond and Augusta in the city’s Fashion District. has seen a significant amount of exterior work done in the past few months. The development, which backs on Rush Lane—better known as ‘Graffiti Alley’—has had its 7-storey podium nearly fully clad with brick-embedded precast panels, and now glazing has also begun to be installed on the lower levels of the tower. 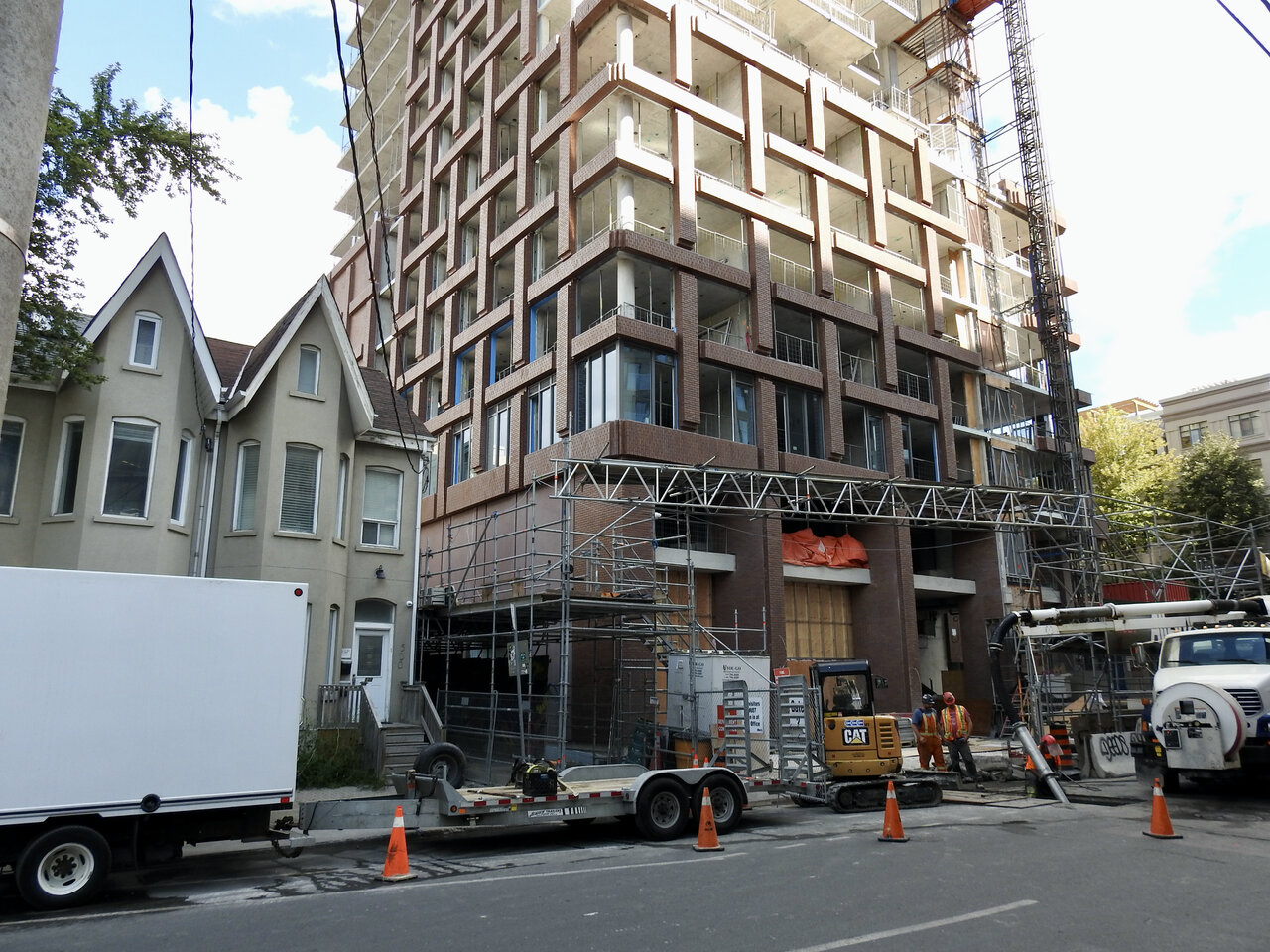 When we last checked on this project in April, the building had nearly topped out at its final height of 15 storeys, with forming having reached the 13th floor. Now, not only is the building topped off, but the application of brick-embedded precast is all but complete on the exterior, its deeply textured pieces bringing a basket-weave look to the podium levels, as well as up the west side of the tower levels. 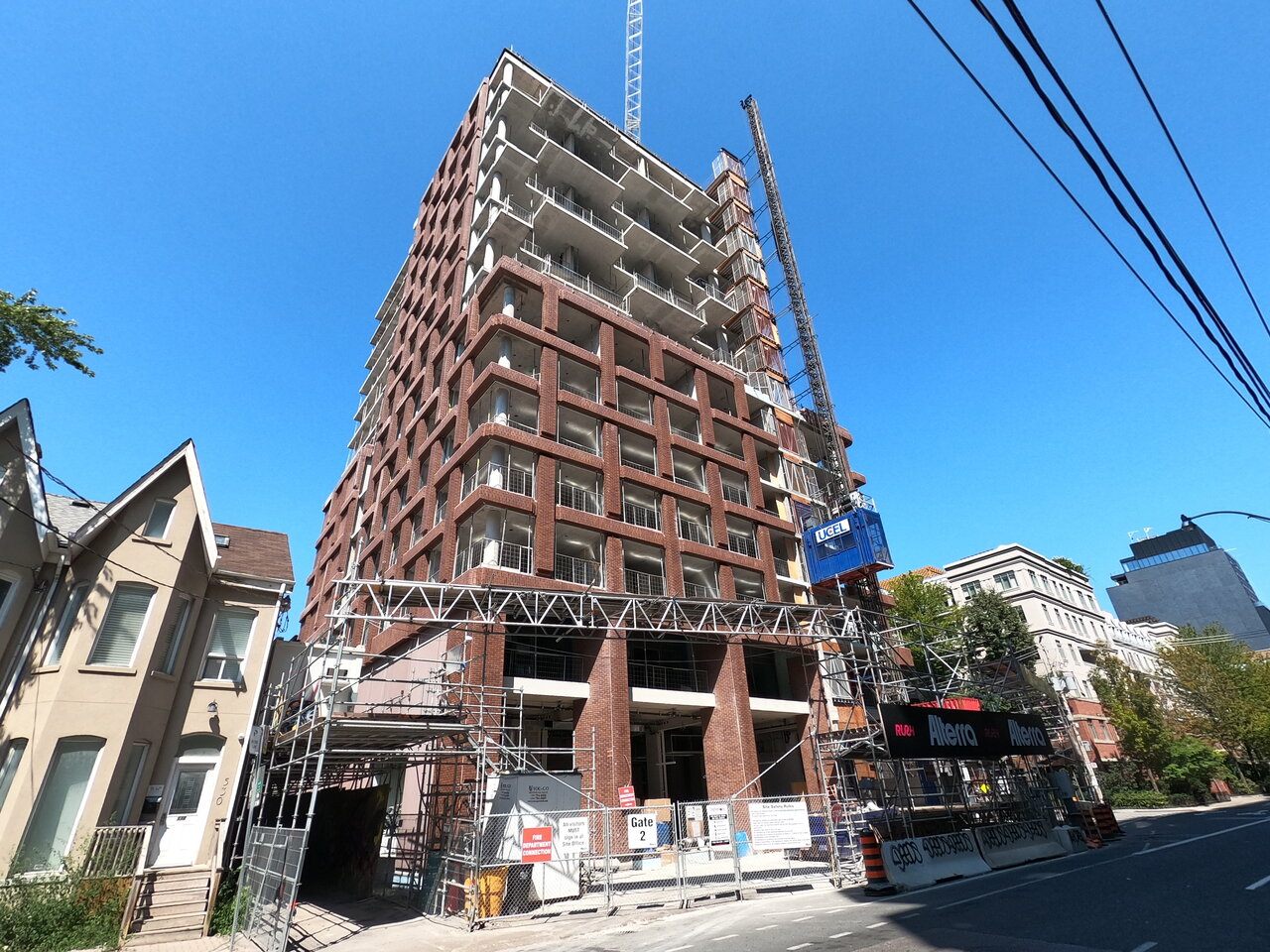 The panels—created offsite—provide significant texture through depth and offer an opportunity for a uniquely alternating vertical and horizontal brick pattern, which would be difficult to achieve through the use of traditional laying of bricks. The remaining exterior areas located above the podium levels that have not been clad yet will be fitted with window wall. Meanwhile, the glazing that has begun to be installed on the lower levels features a light reflective grey coating while bring framed by warm grey lintels, mullions, and pilasters. 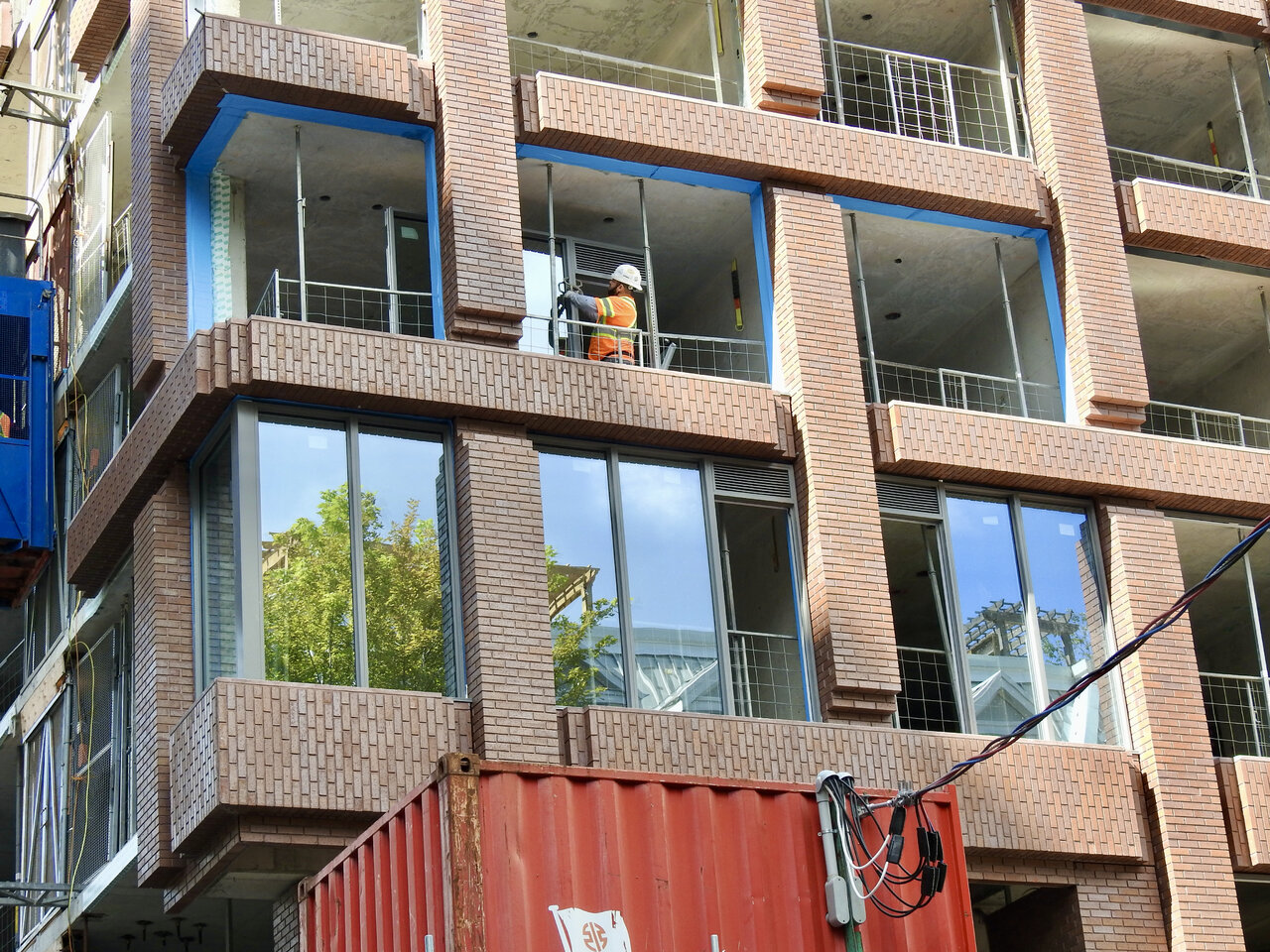 Upon completion, Rush Condos will bring 125 new housing units to the neighbourhood along with street-front retail, and at the same time the BDP Quadrangle-designed building will replace the graffitied walls that came down for it with new ones, preserving the public art canvas of the allies along its west and north sides for the namesake laneway, leaving room for new graffiti artworks. 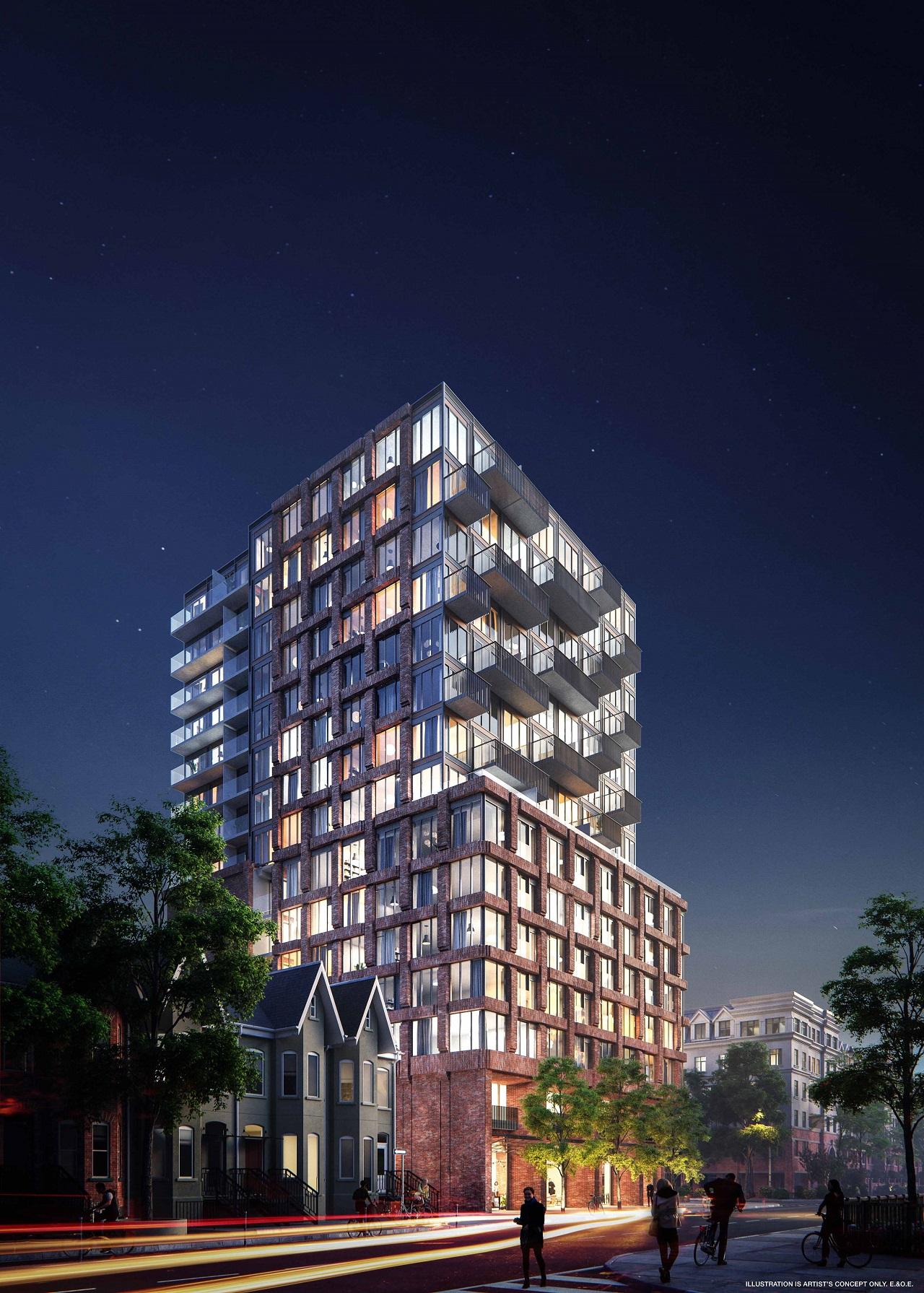